This online shop is using cookies to give you the best shopping experience. Thereby for example the session information or language setting are stored on your computer. Without cookies the range of the online shop's functionality is limited. If you don't agree, please click here.
to overview
Previous product
Product 11 of 20
Next product

Text from the Manufactor:

The POPTOYS team introduce the new 1/12 series of [Bean-Gelo] today to all of you - after a year of design and development. This series of products from the world view setting, to the finalization of the original painting, production and research and development and finally being presented to you. The series of [BEAN-GELO] aims to interpret the history of World War II in a humorous and fanciful way, which has a profound impact on all mankind. We will set each character's own character, attribute, hobby and specialty, no matter is leaders or officers and soldiers.  At present, there are more than ten original figures in the series of [BEAN-GELO], including the states of United States, the Soviet Union and Germany. The characters in the second part, the third part and the fourth part of the series will also meet with you soon! Hope the series of [BEAN-GELO] can make more players feel that toys can have fresh vitality. 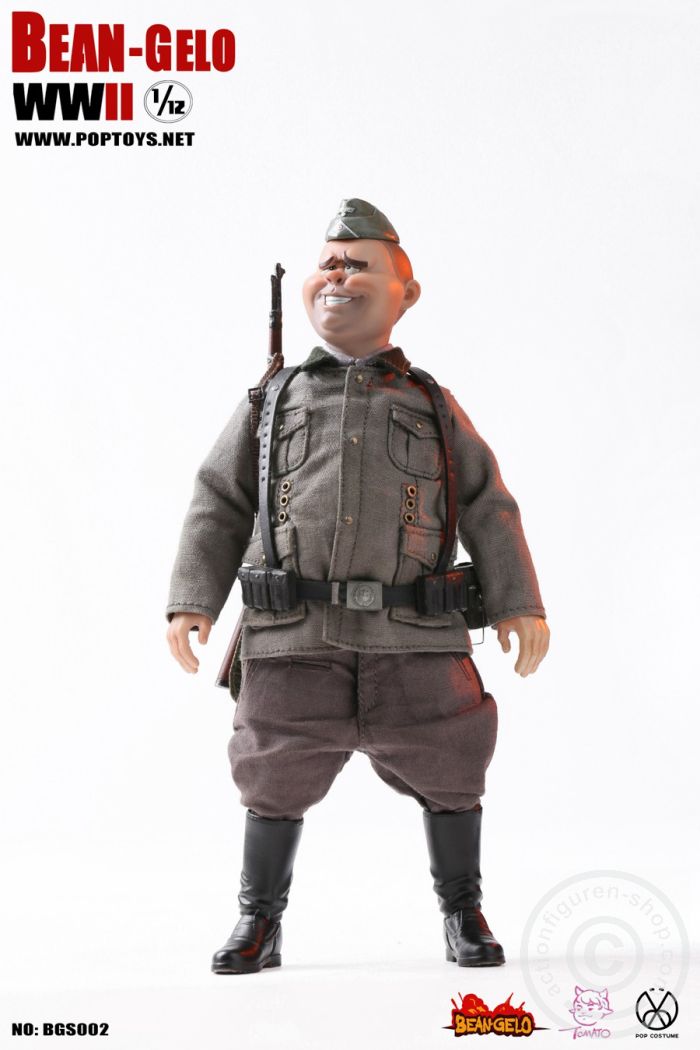 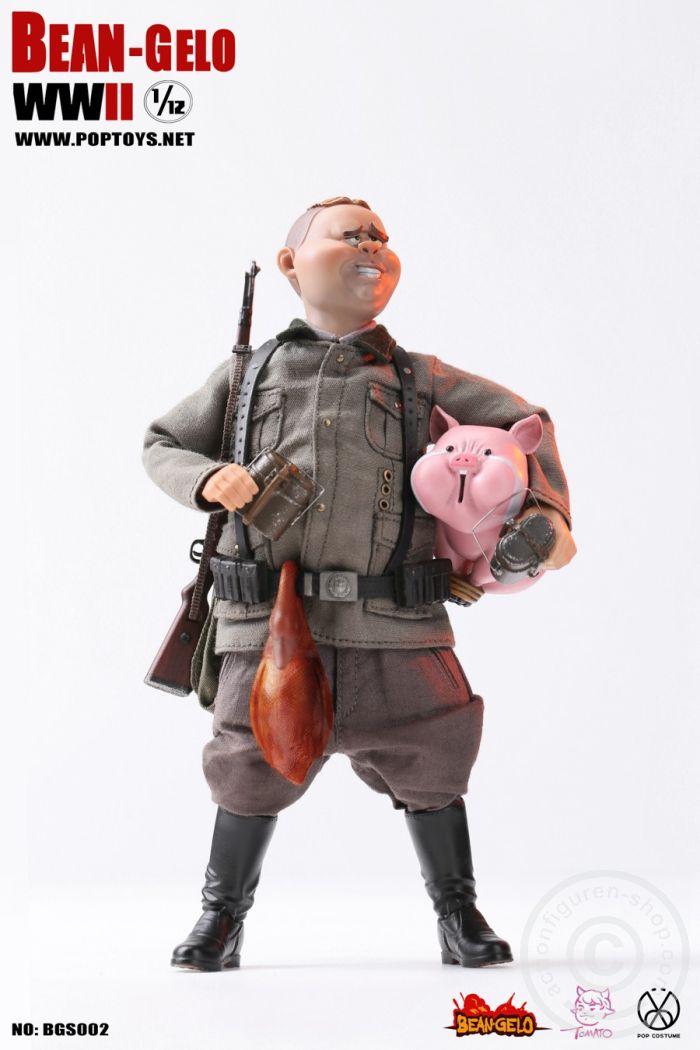 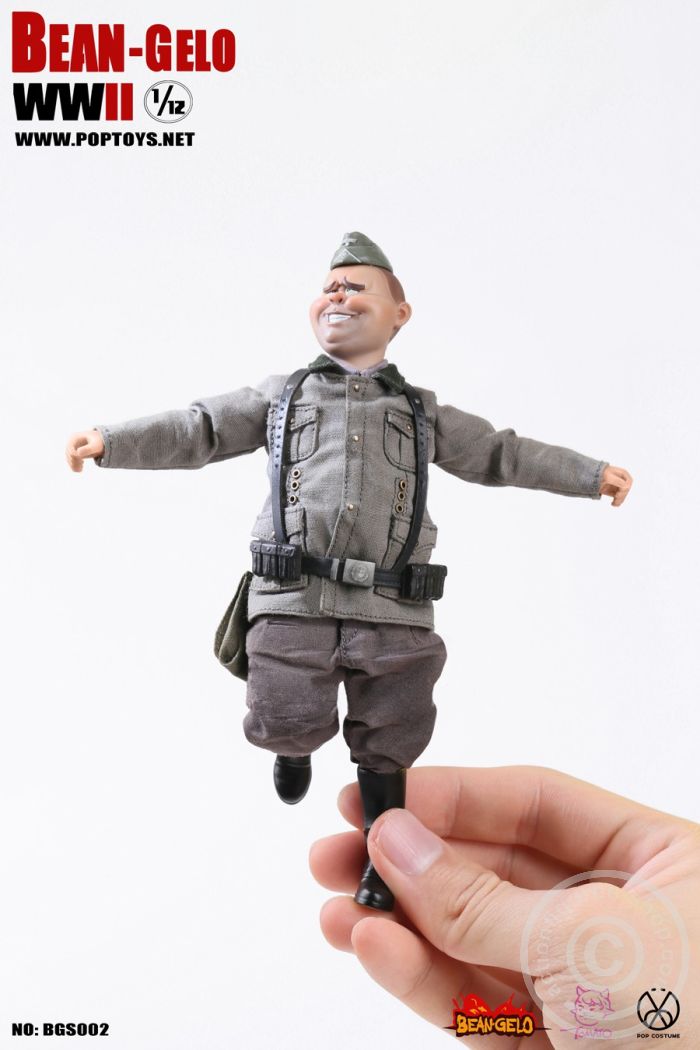 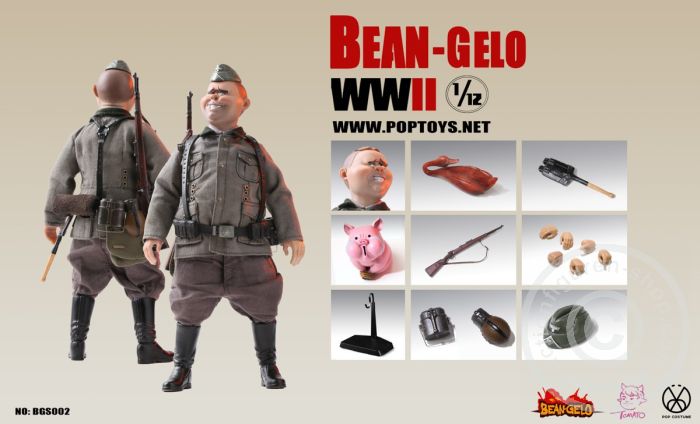 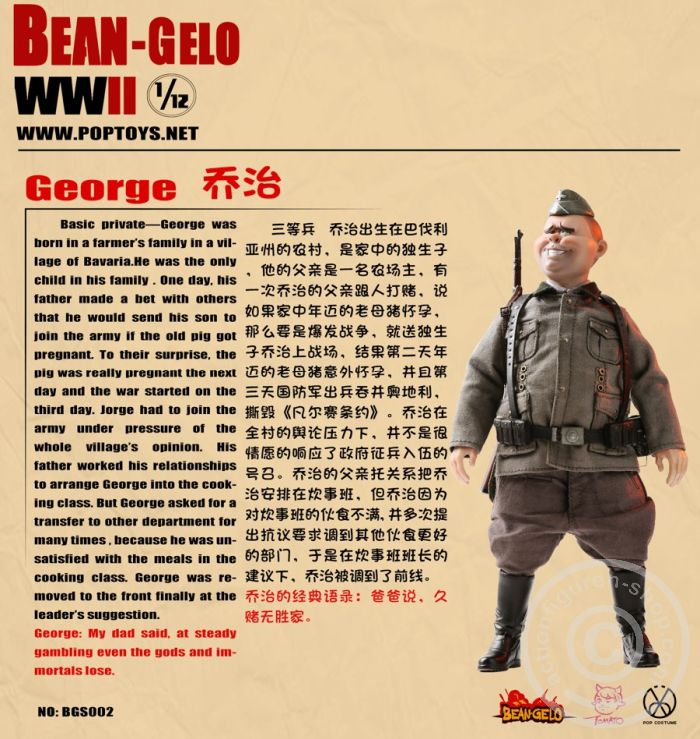 Sample Pics from the 3 Figures of Series 1: 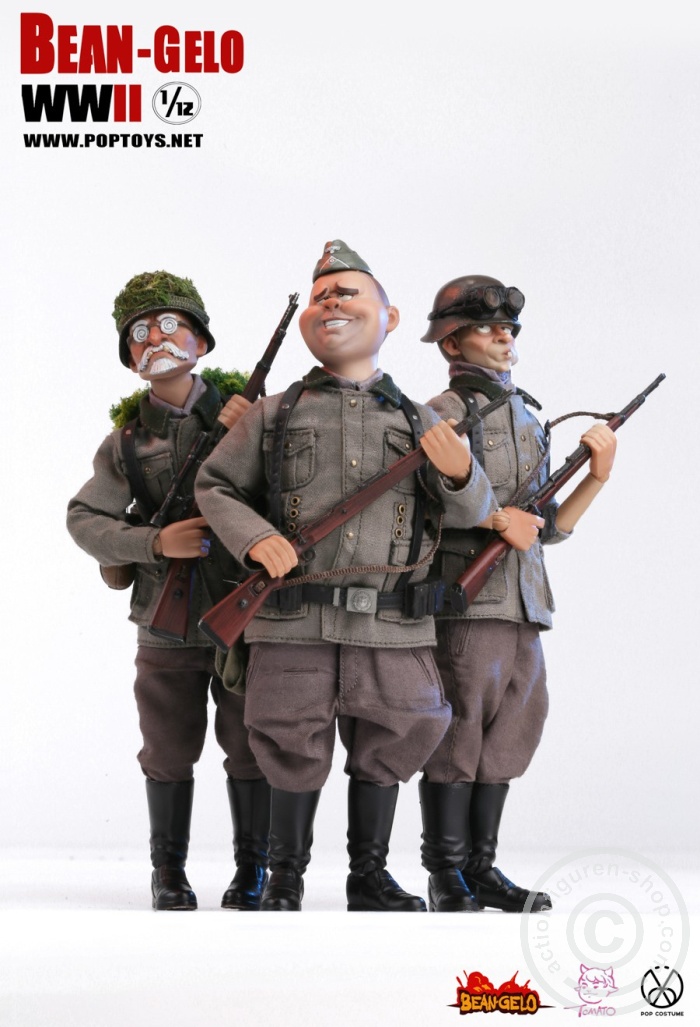 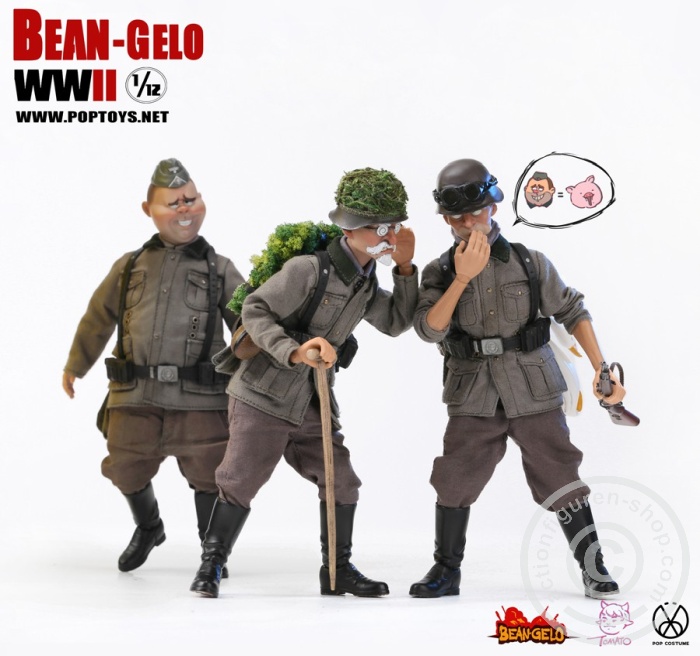 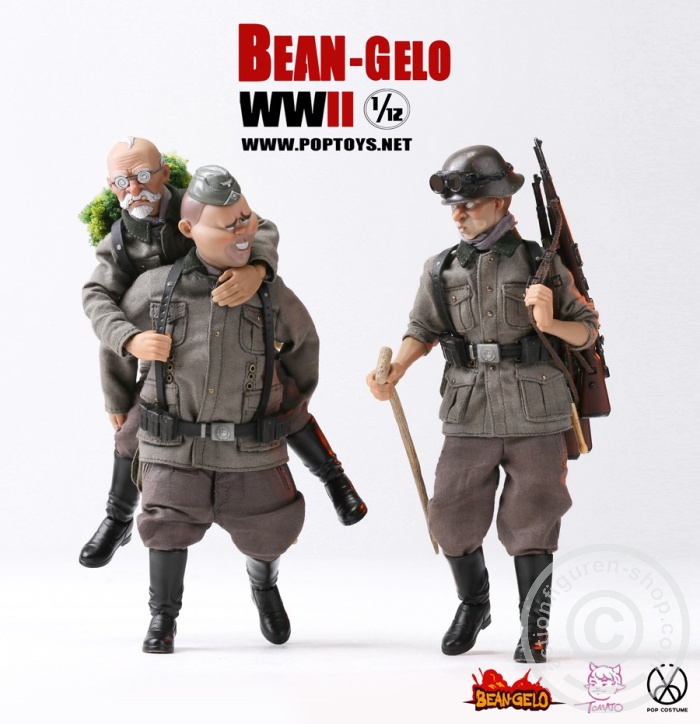 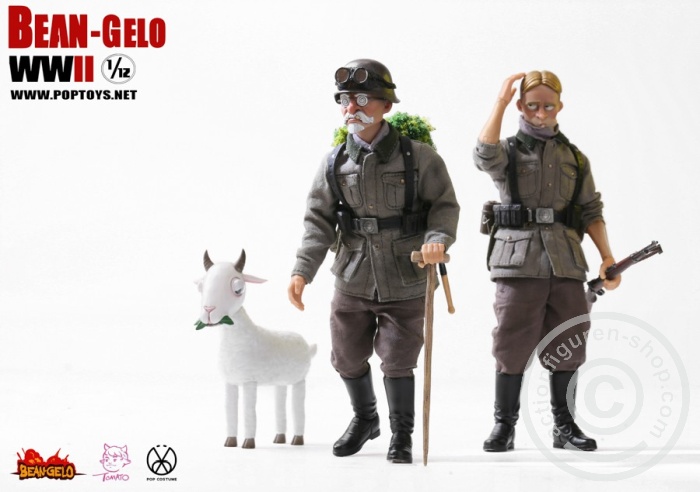 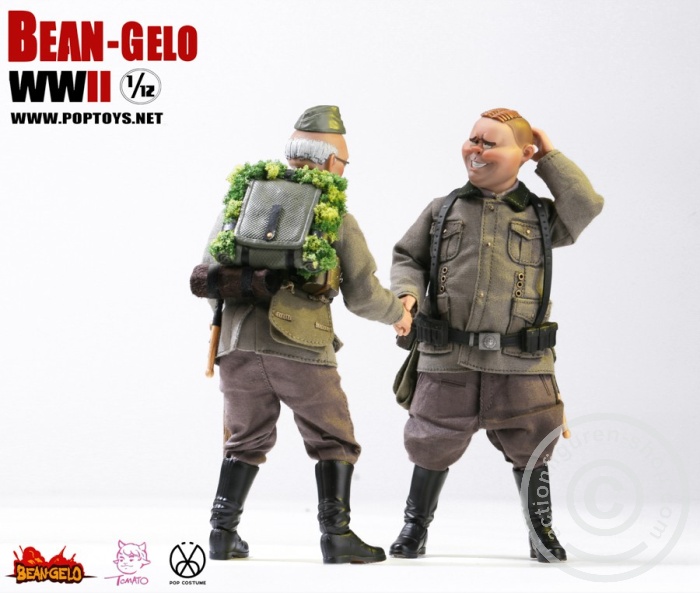 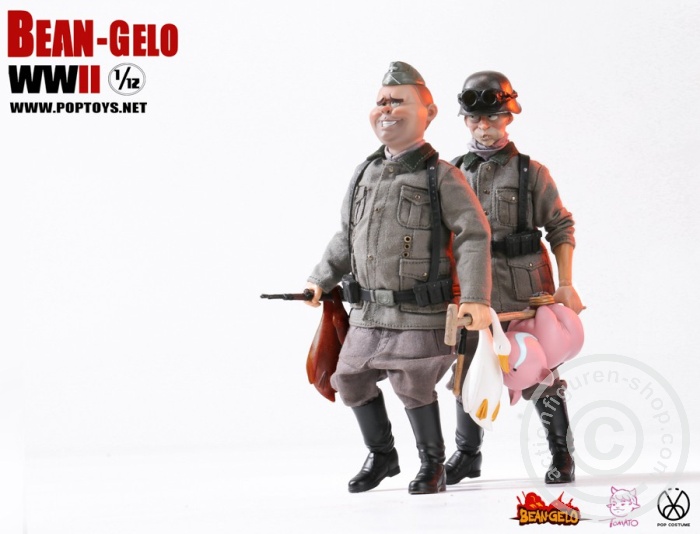 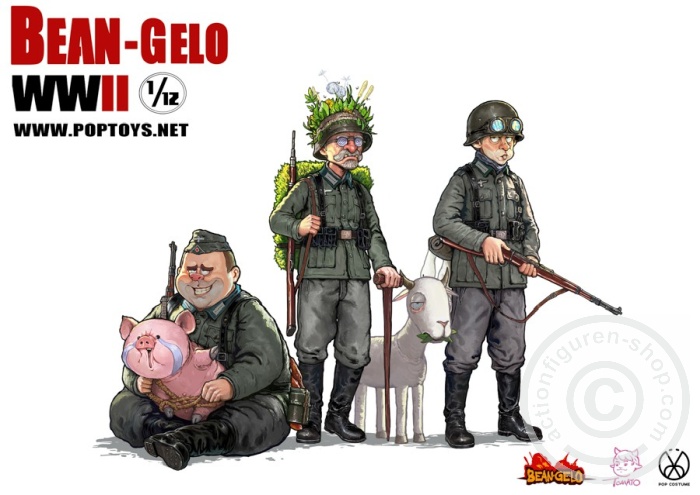