This online shop is using cookies to give you the best shopping experience. Thereby for example the session information or language setting are stored on your computer. Without cookies the range of the online shop's functionality is limited. If you don't agree, please click here.
to overview
Previous product
Product 122 of 779
Next product

“Nothing good is born from lies. And greatness is not what you think.”

Wonder Woman returns to the silver screen with more appealing looks in the upcoming Wonder Woman 1984. As the ultimate embodiment of power, grace, wisdom and wonder, fans’ beloved Amazon warrior princess will come into conflict with her formidable foes in the 1980s wearing her iconic outfits.

Gained tremendous popularity after its first appearance in DC All Star Event, today Hot Toys is proud to present the most detailed look of Diana Prince’s sparkling armor with the of 1/6th scale Golden Armor Wonder Woman collectible figure (Deluxe Version) prior to the official release of Wonder Woman 1984. Crafted with special attention to reproduce the authentic details found on the Golden Armor and armor wings, the outfit is painted with fine metallic gold color that flaunts a subtle metallic shimmer, giving the incredible design greater texture and visual interest.

Skillfully crafted based on the image of Gal Gadot as Wonder Woman in the movie, the movie-accurate figure features a newly developed head sculpt with long curly dark brown real fabric hair, a specialized body tailored for Wonder Woman, a set of armor wings in neutral mode, a shiny helmet, Wonder Woman’s signature weapon “Lasso of Truth”, and a specially designed dynamic figure stand for display.

Along with the astonishing figure and accessories, this deluxe version will also include an additional set of massive spread wings, measures approximately 67cm wide, designed with extended articulation for wider posing range that accentuates flying and stand-by mode, allowing fans to fully recreate the breathtaking aerial scenes.

Wonder Woman is armed and ready for battle! Don’t miss out on this exceptional figure collection.

- Newly developed body with over 28 points of articulations

- One (1) set of armor wings in neutral mode

- Six (6) pieces of interchangeable hands including:

- One (1) pair of hands for holding Lasso of Truth

- Each piece of head sculpt is specially hand-painted

- One (1) pair of silver colored Bracelets of Submission 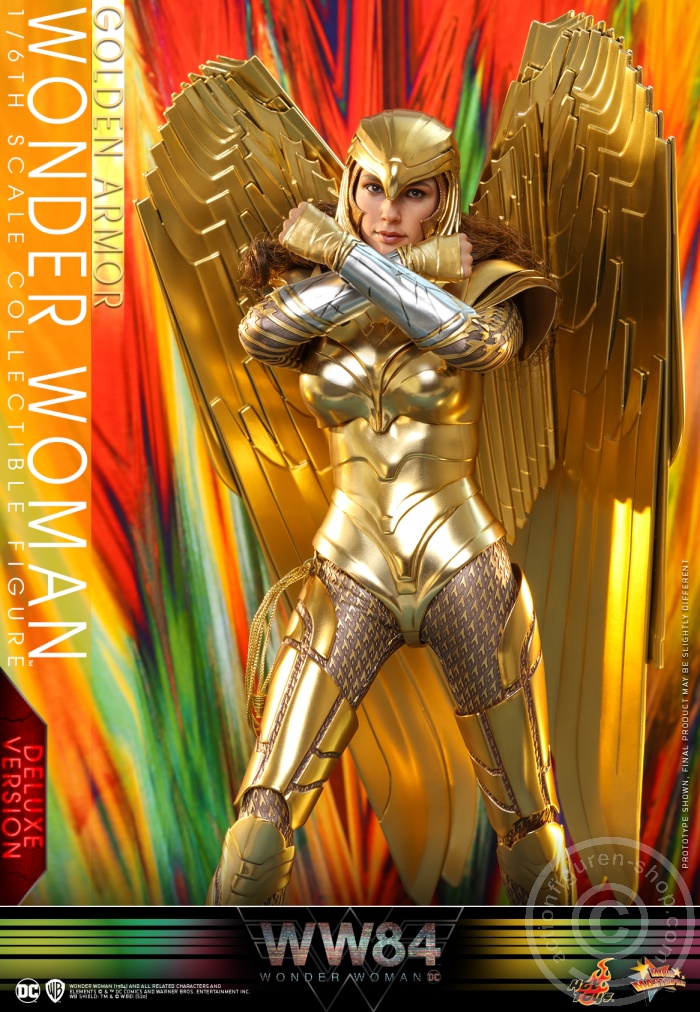 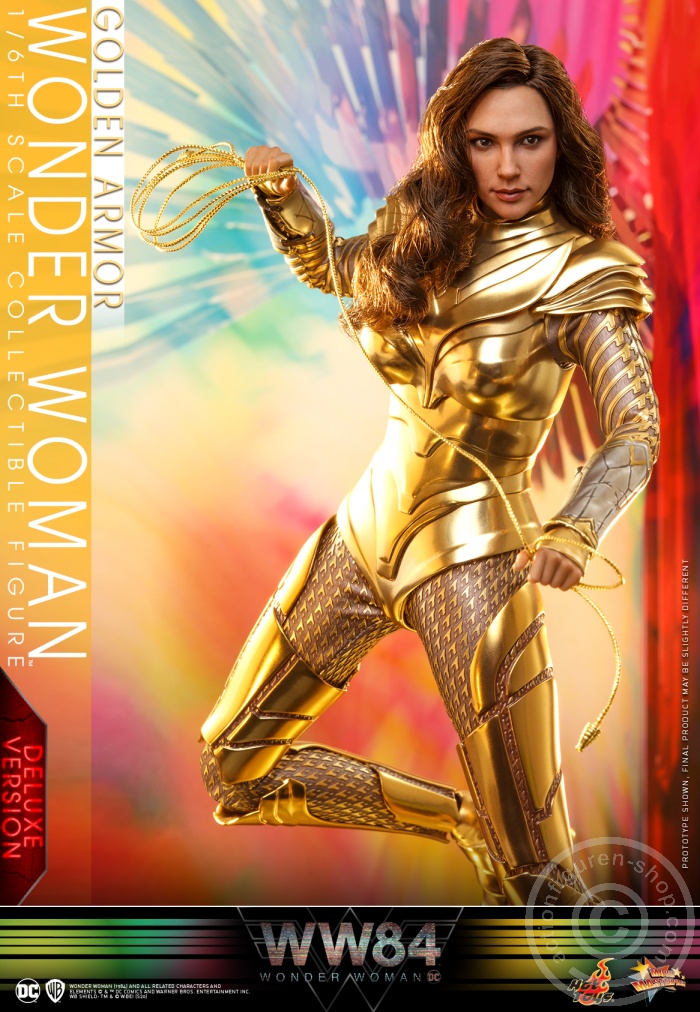 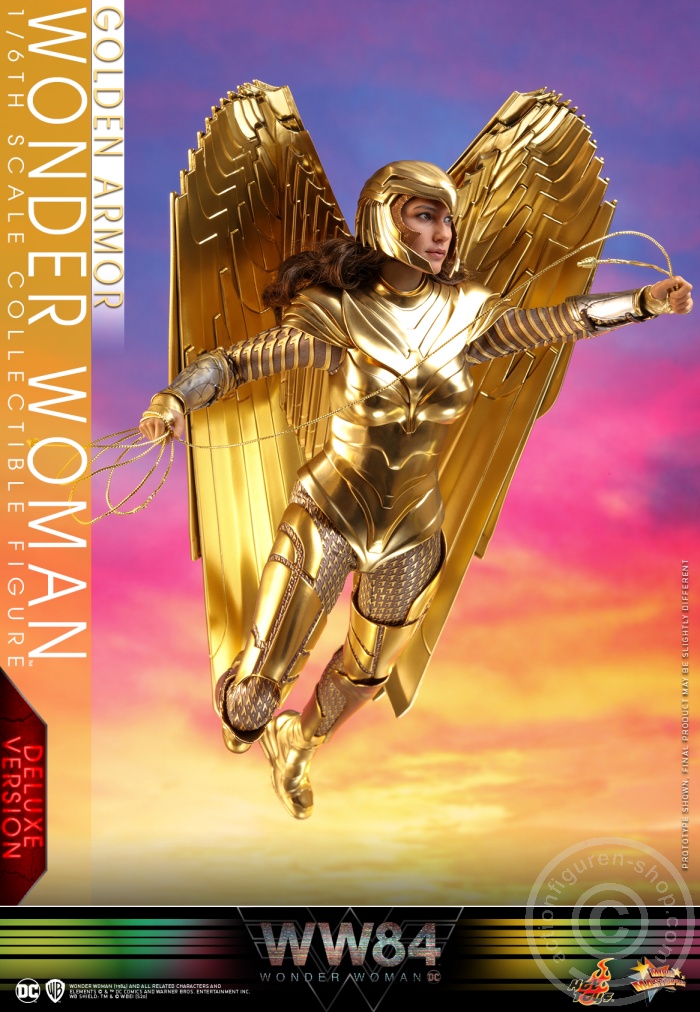 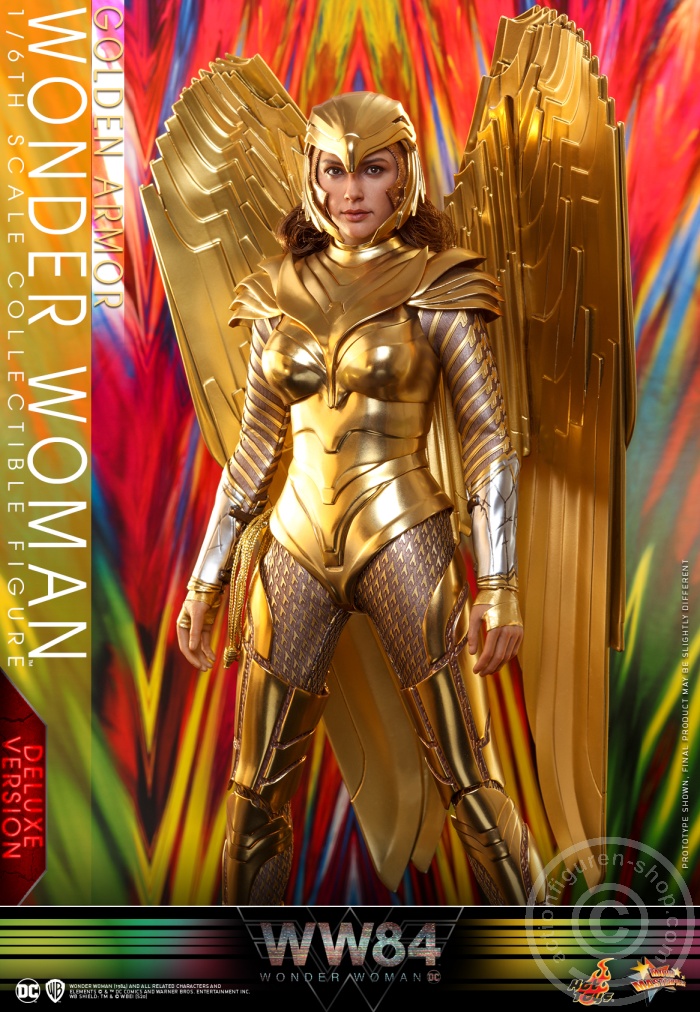 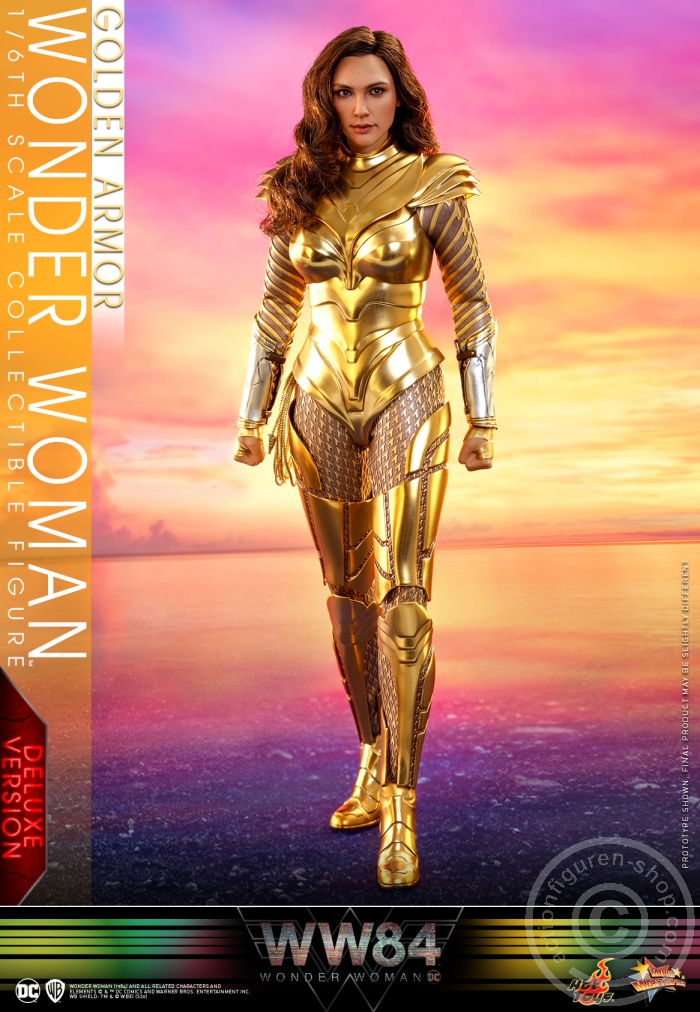 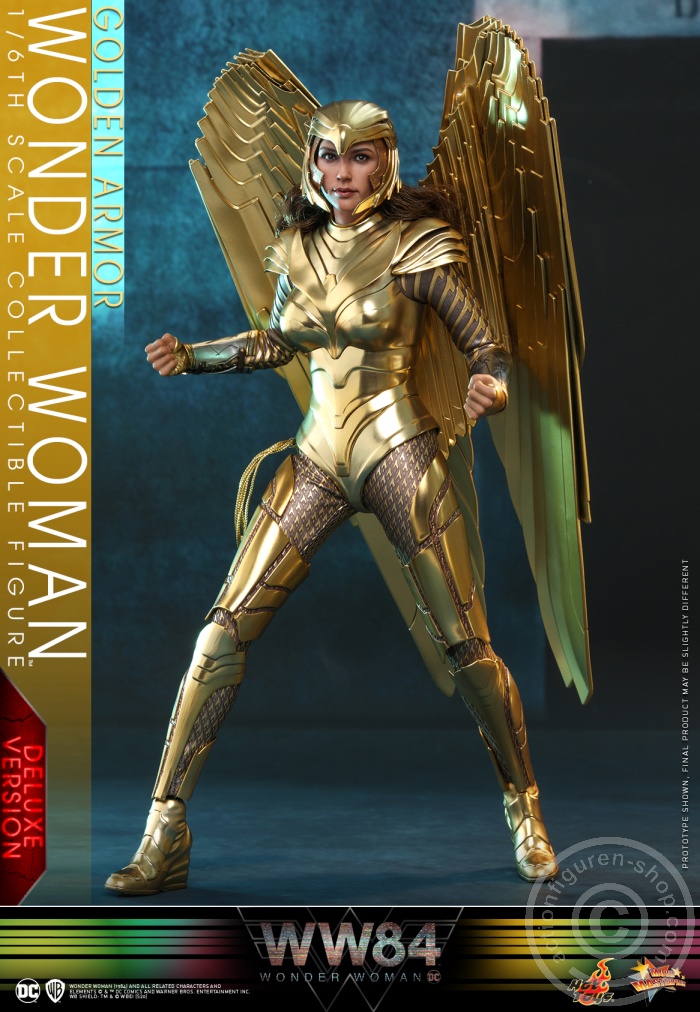 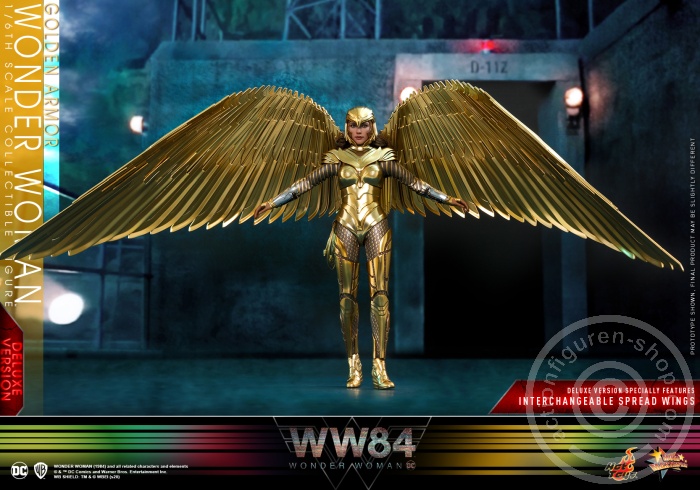 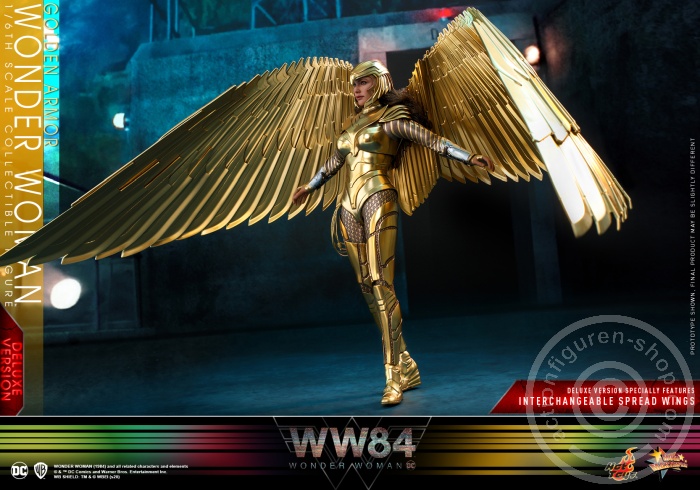 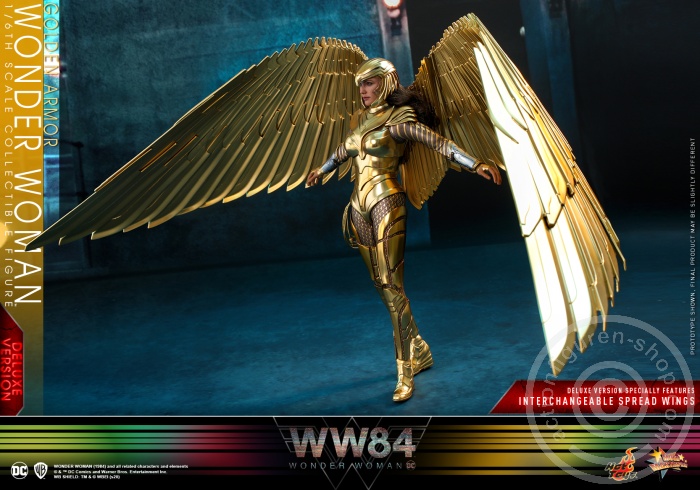 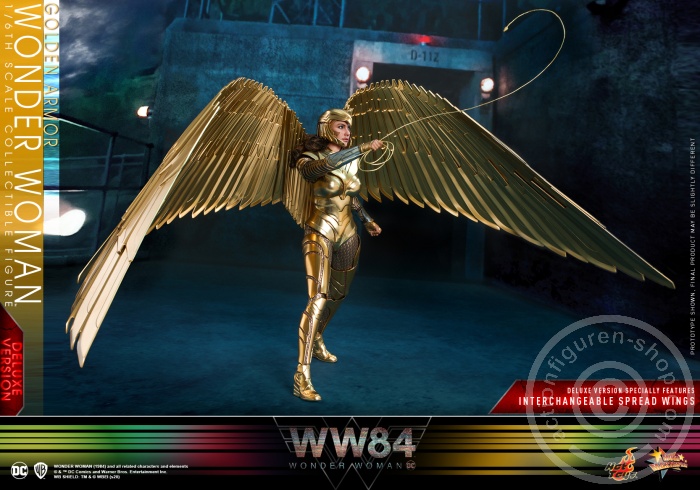 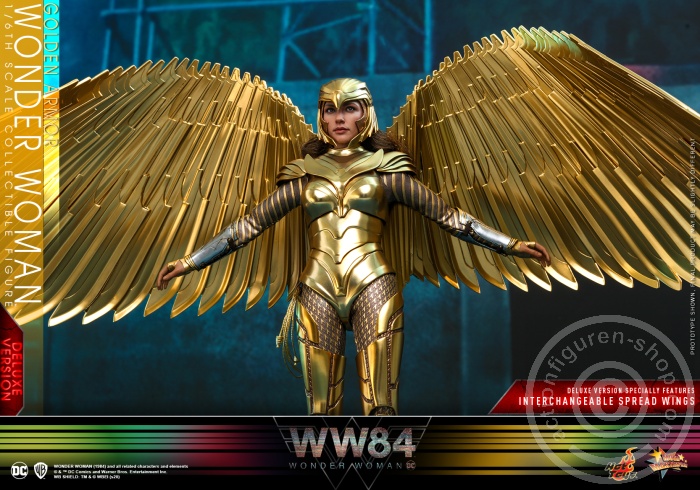 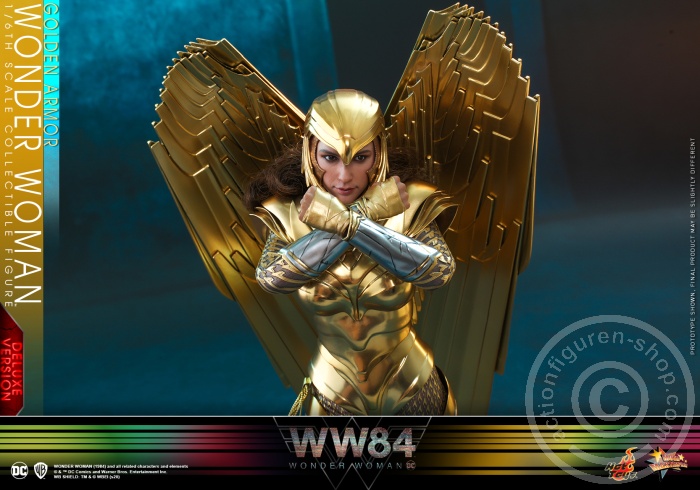 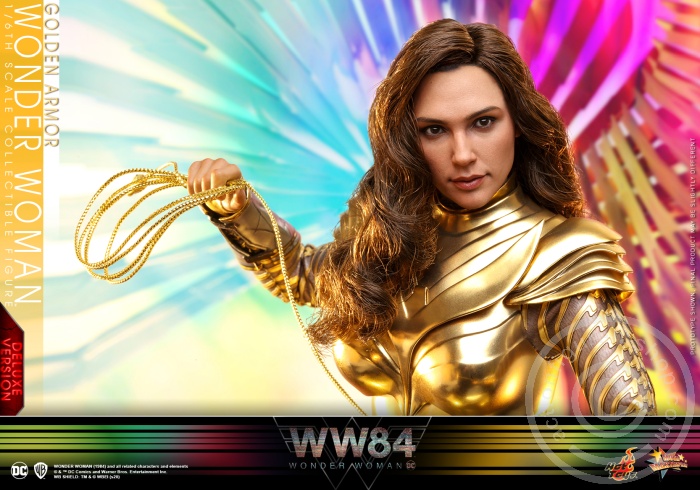 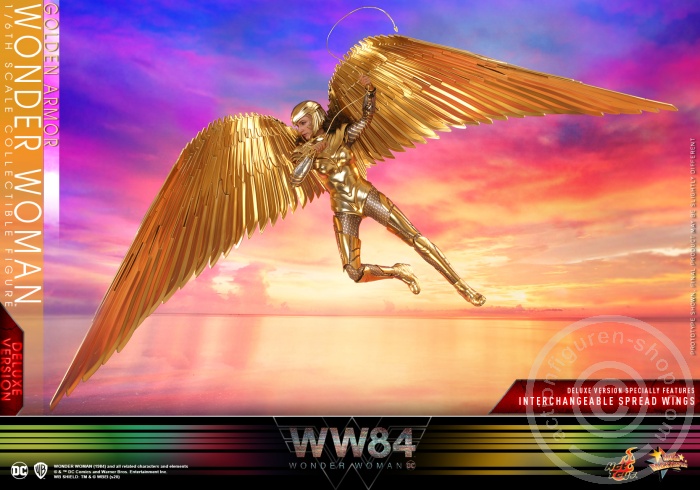 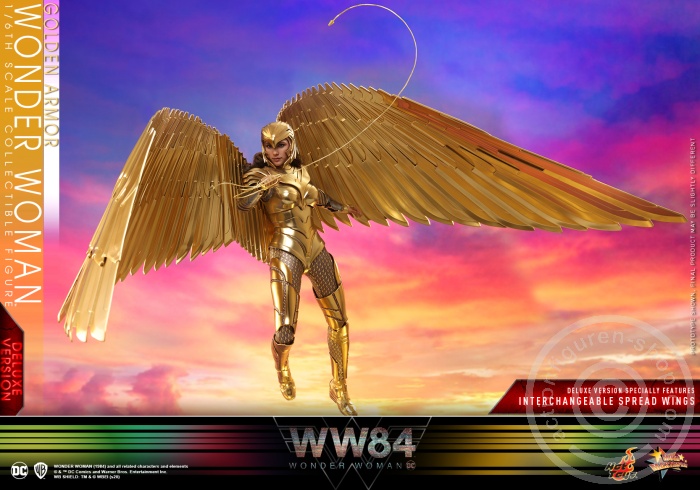 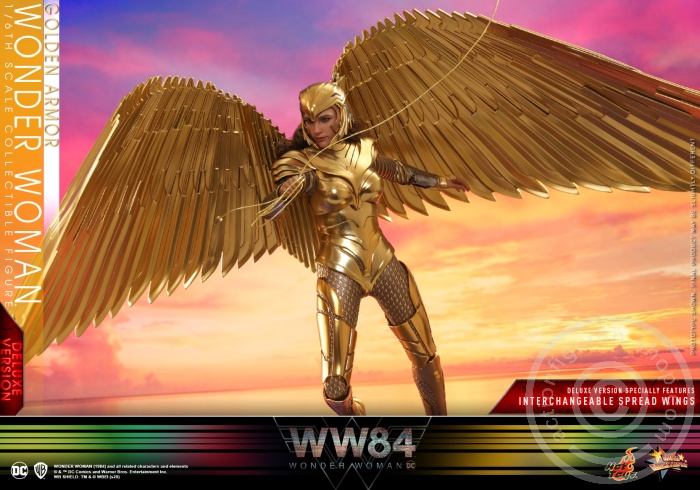 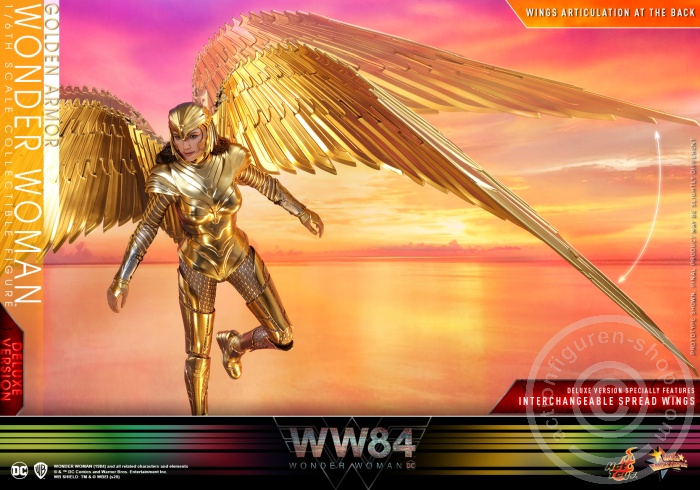 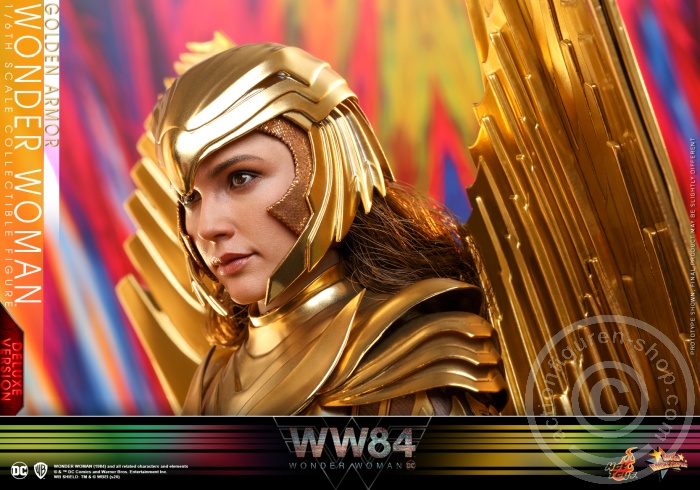 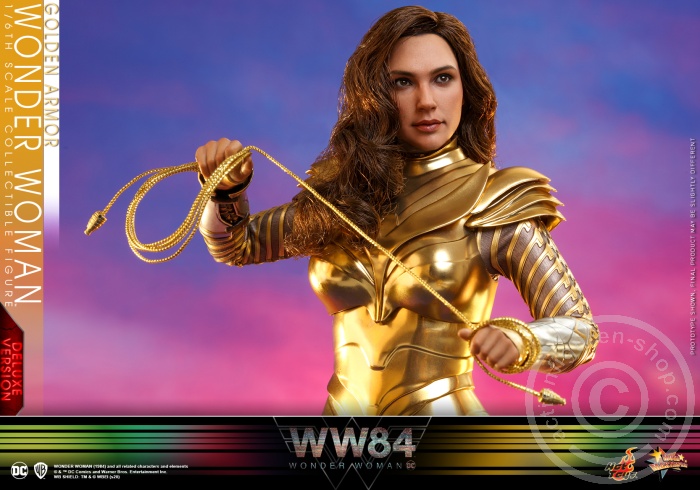 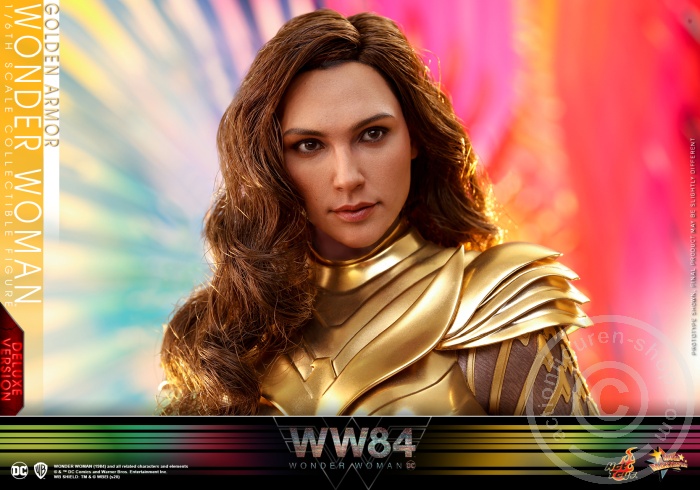 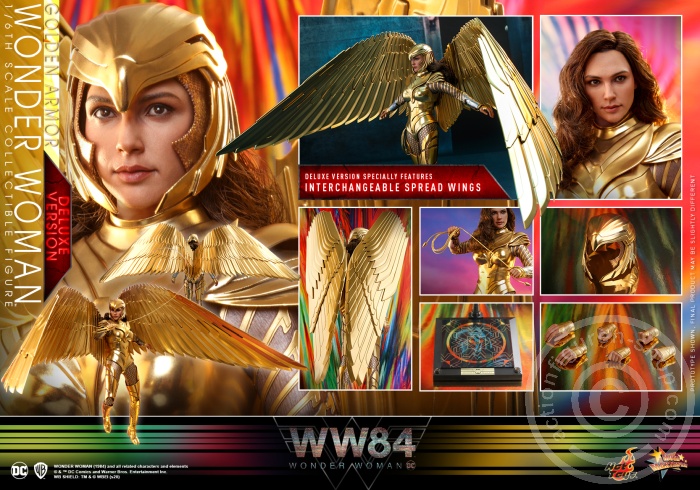