This online shop is using cookies to give you the best shopping experience. Thereby for example the session information or language setting are stored on your computer. Without cookies the range of the online shop's functionality is limited. If you don't agree, please click here.
to overview
Previous product
Product 143 of 2639
Next product

What started as a comic magazine in 1969 quickly became a phenomenon, and now Vampirella celebrates her 50th anniversary in 2019 as a pop culture icon. Vampirella’s legacy has been marked through the years by contributions from the top writers and artists with Jose Gonzalez's version being one of the most iconic images of Vampirella.

When a spaceship from Earth crash lands on the dying planet Drakulon, the remaining dying inhabitants, the Vampiri, sends Vampirella to investigate to find the pilots from Earth have blood flowing through their veins; blood which at one point in time flowed in rivers throughout Draklon and now has since been put through drought causing the inhabits to die off.  Vampirella is able to pilot the spaceship back to Earth where she becomes a "good" vampire, and devotes her energy to ridding our world of the evil vampires. Making her first appearance in 1969 and quickly becoming a fixture of comics, horror, and pop culture, Dynamite Entertainment along with Executive Replicas and Phicen.

Phicen is proud to bring you this 50th Anniversay Edition of the 1/6th scale Vampirella Action Figure. 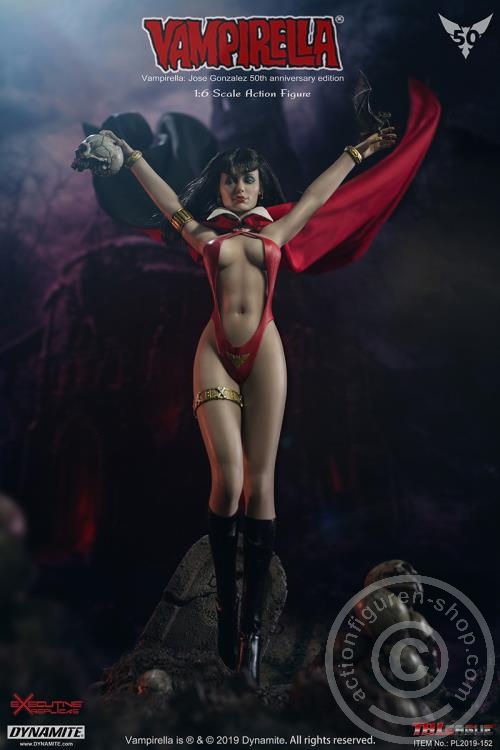 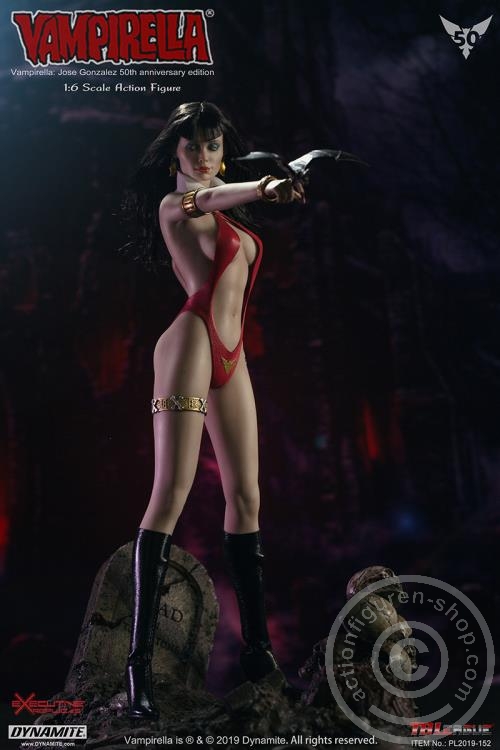 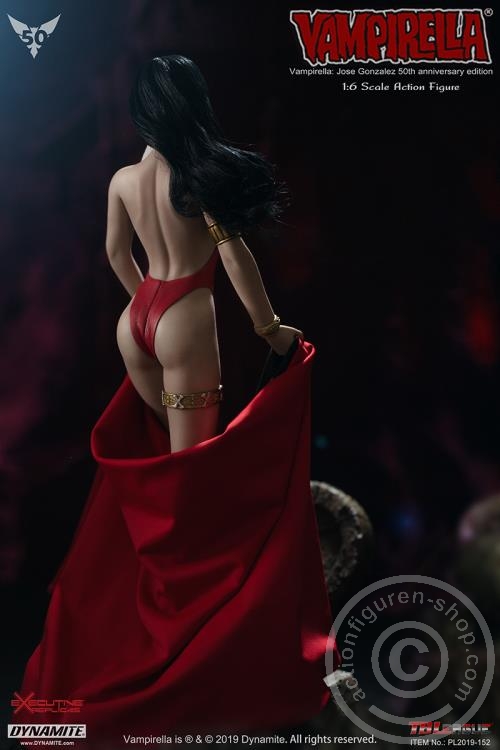 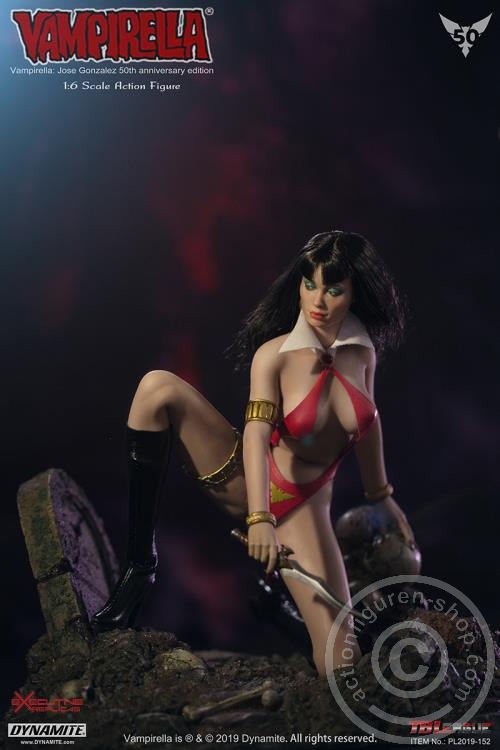 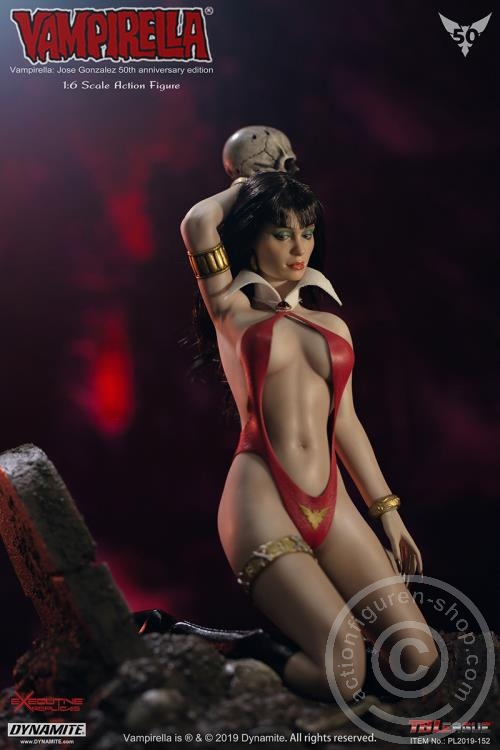 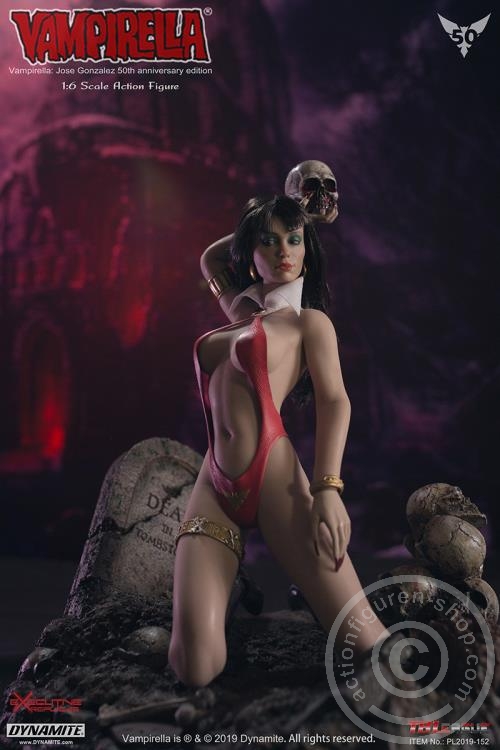 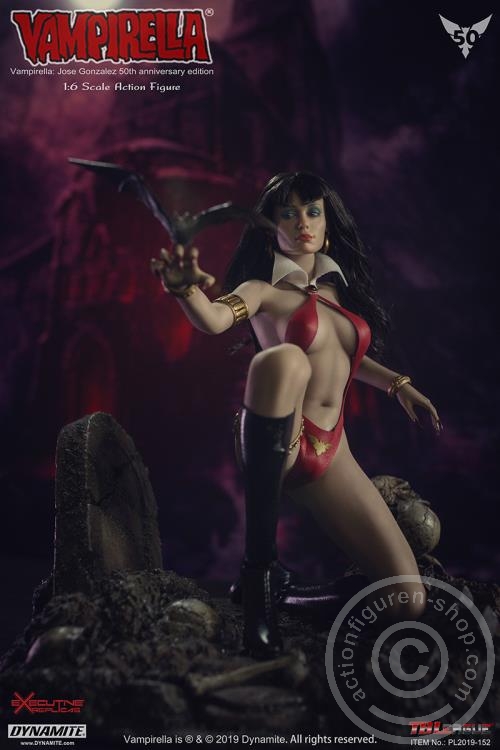 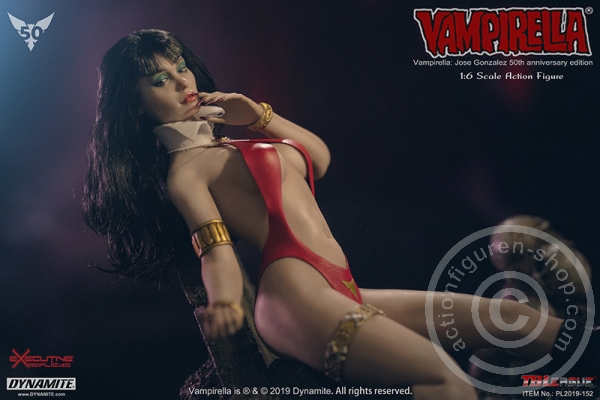 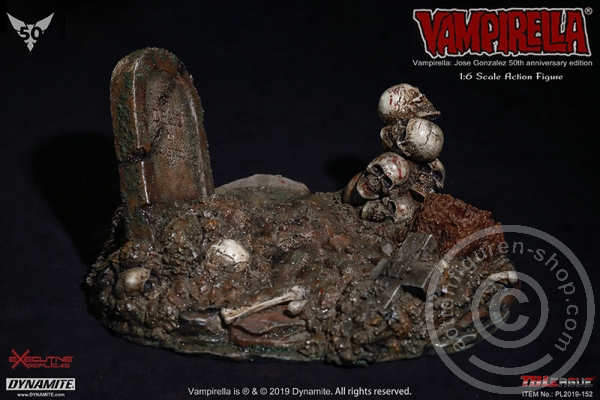 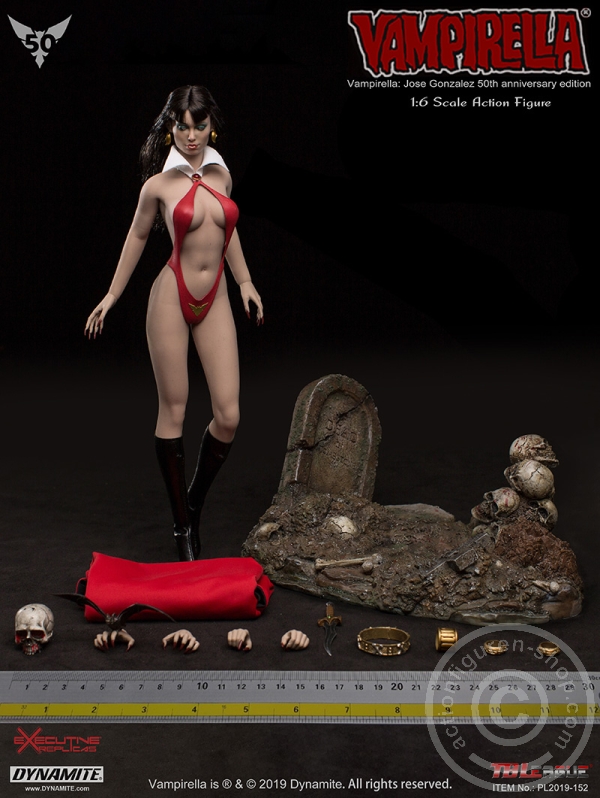