This online shop is using cookies to give you the best shopping experience. Thereby for example the session information or language setting are stored on your computer. Without cookies the range of the online shop's functionality is limited. If you don't agree, please click here.
to overview
Previous product
Product 727 of 902
Next product

We are less than a month away from the release of the highly anticipated Star Wars: The Force Awakens! In this exciting new film, the First Order has enlisted Stormtroopers equipped with sleek armor and powerful weapons to enforce its will across the galaxy. Today, Hot Toys is delighted to expand the First Order army once again and officially present the new 1/6th scale First Order Stormtrooper Officer collectible figure.

The highly-accurate collectible figure is specially crafted based on the image of First Order Stormtrooper Officer in Star Wars: The Force Awakens. It features the sleekly designed Stormtrooper armor and helmet, the red pauldron that indicates the rank of officer, highly detailed blaster rifle with extended stock, a blaster pistol, and a hexagonal figure stand with the First Order’s emblem! 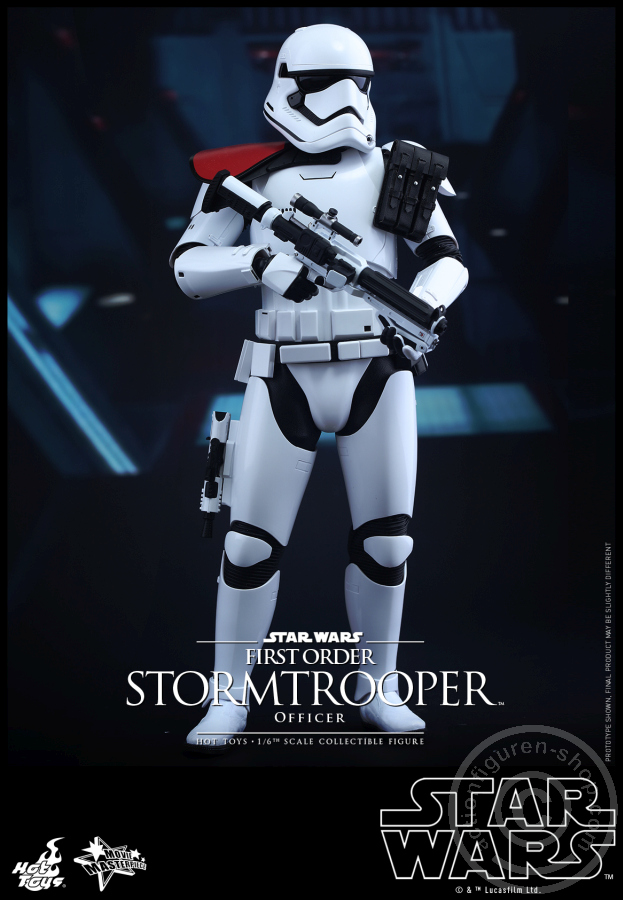 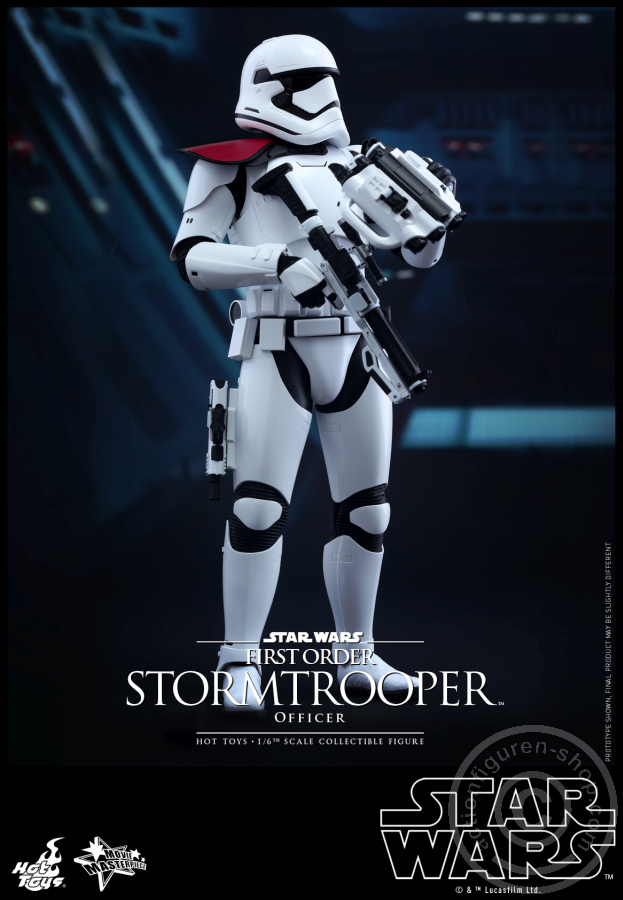 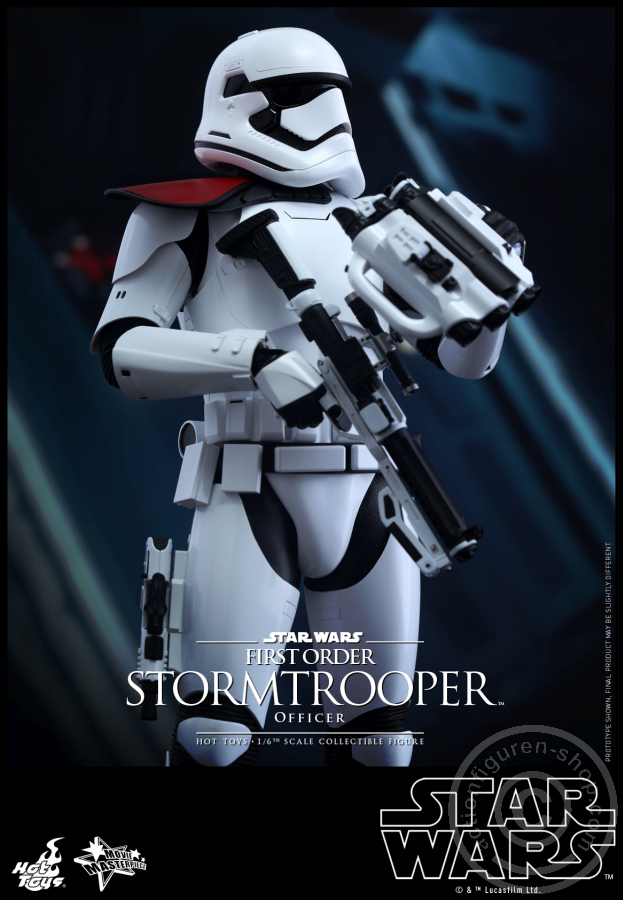 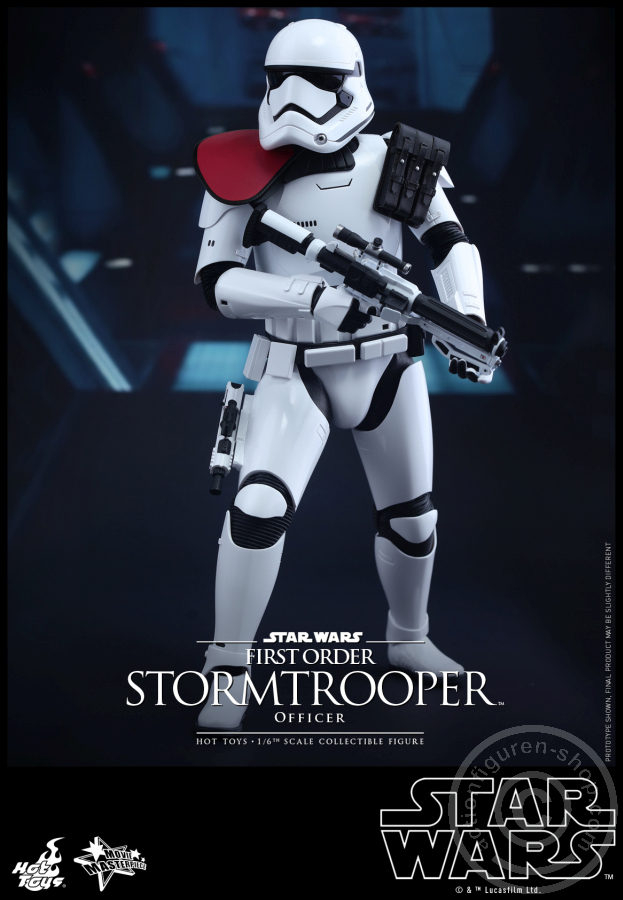 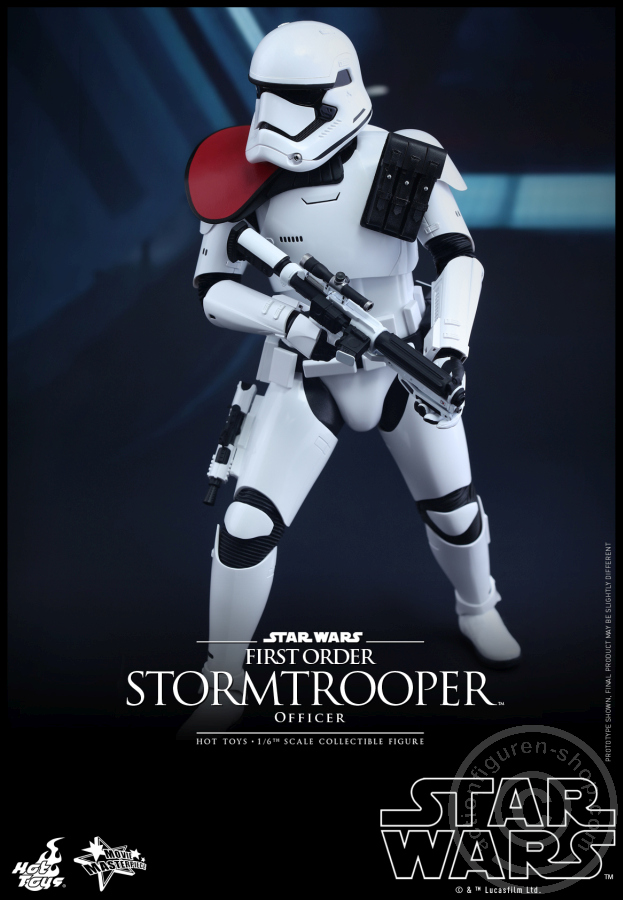 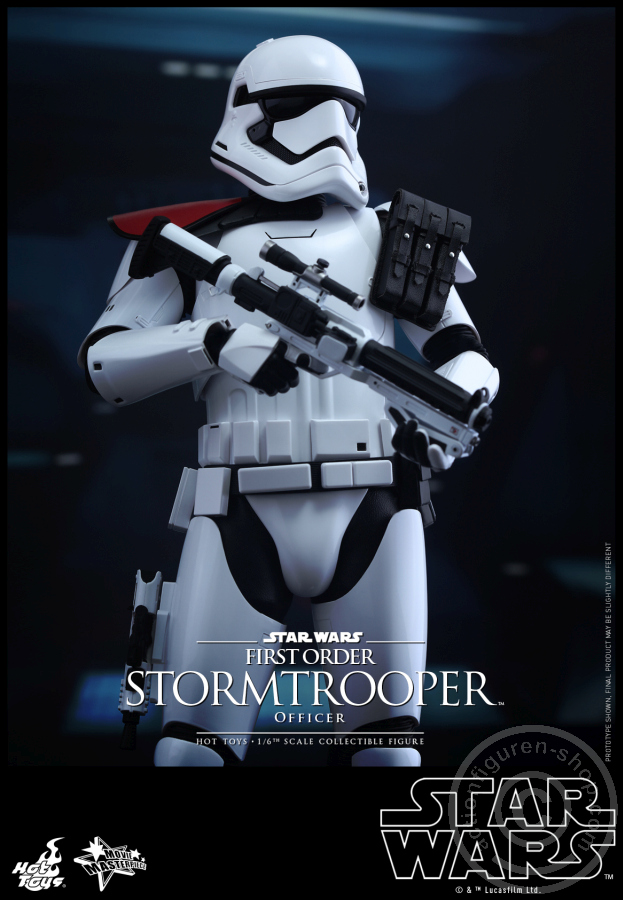 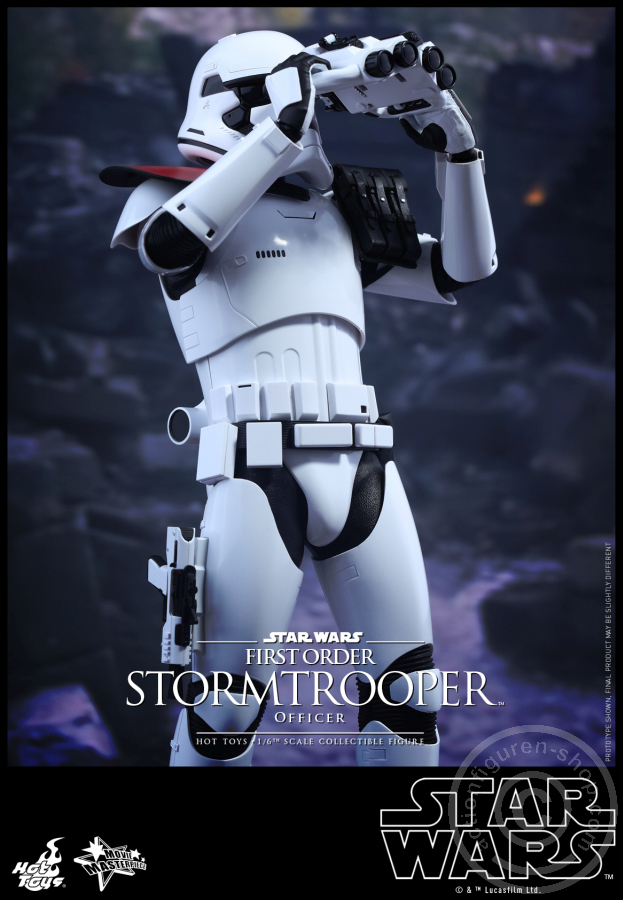 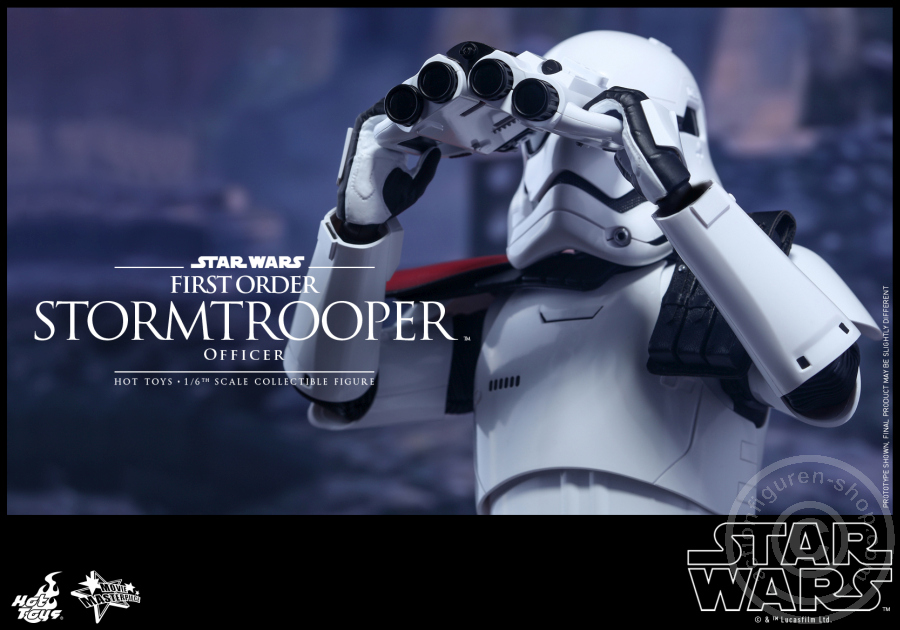 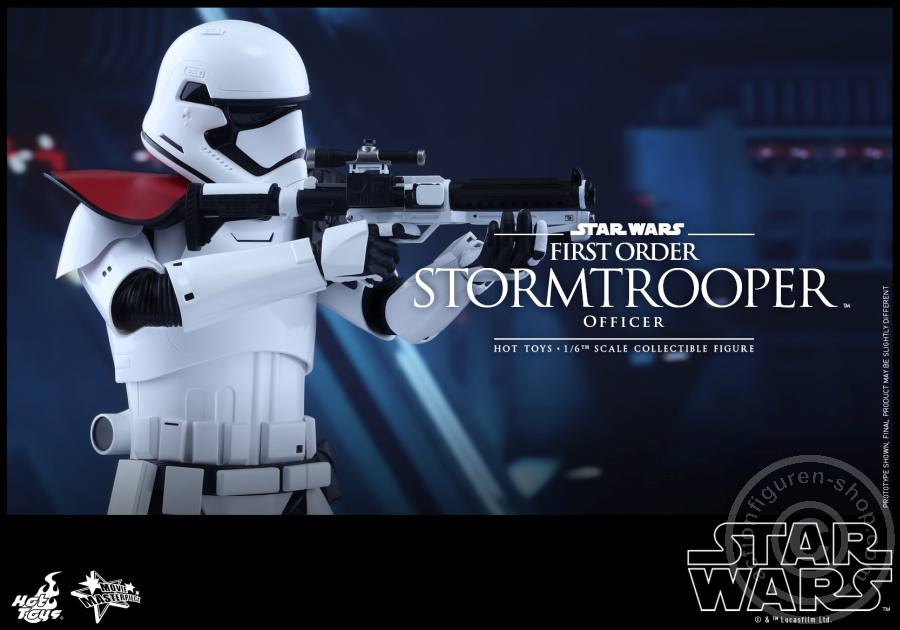 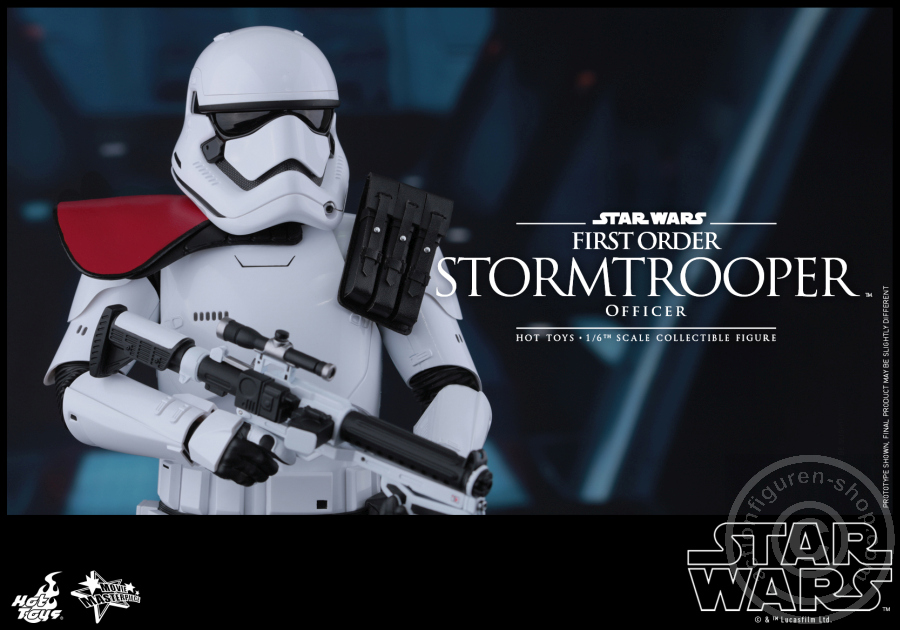 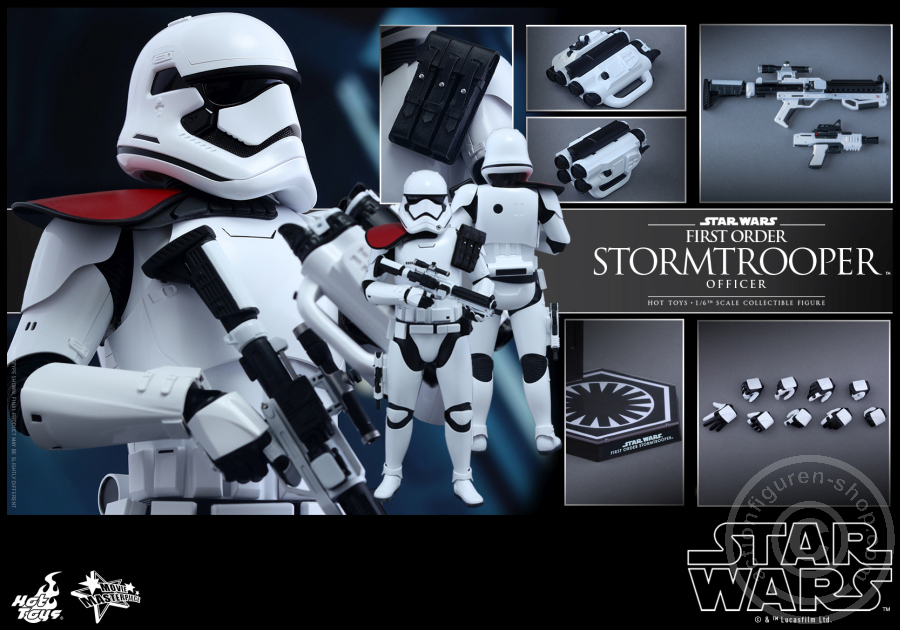