This online shop is using cookies to give you the best shopping experience. Thereby for example the session information or language setting are stored on your computer. Without cookies the range of the online shop's functionality is limited. If you don't agree, please click here.
to overview
Previous product
Product 157 of 714
Next product

Minamoto no Yoshitsune (1159 – June 15, 1189) was a military commander of the Minamoto clan of Japan in the late Heian and early Kamakura periods. During the Genpei War, he led a series of battles which toppled the Ise-Heishi branch of the Taira clan, helping his half-brother Yoritomo consolidate power. He is considered one of the greatest and the most popular warriors of his era, and one of the most famous samurai fighters in the history of Japan. Yoshitsune perished after being betrayed by the son of a trusted ally. (c) Wikipedia

* The whole suit of armor is built of manually-attched clips, 100% alloy-made

* Edges of swords are made of stainless steel

- One (1) realistic head sculpture of Minamoto no Yoshitsune

- One (1) gold helmet with lion heraldry

- One (1) pair of red shoulder armors

- One (1) pair of black and gold jambeaus 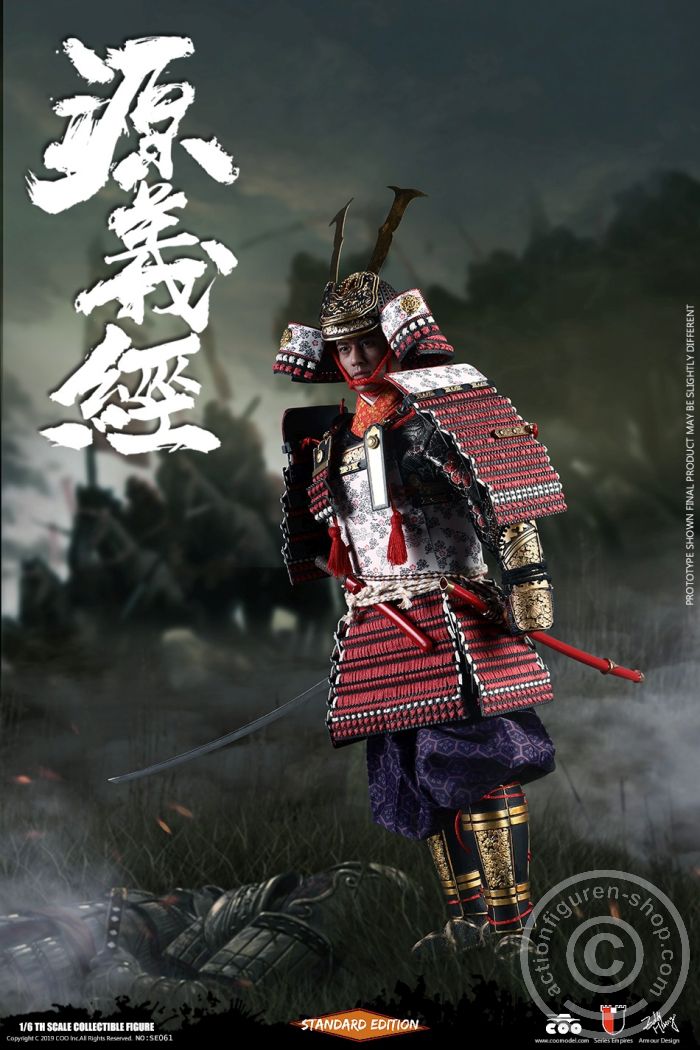 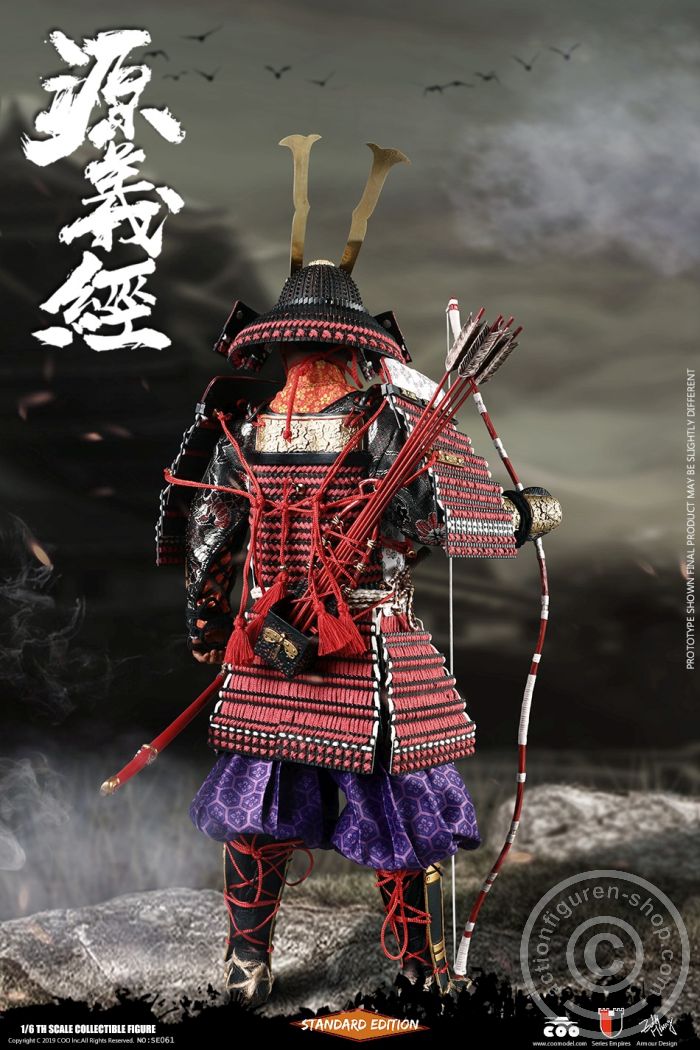 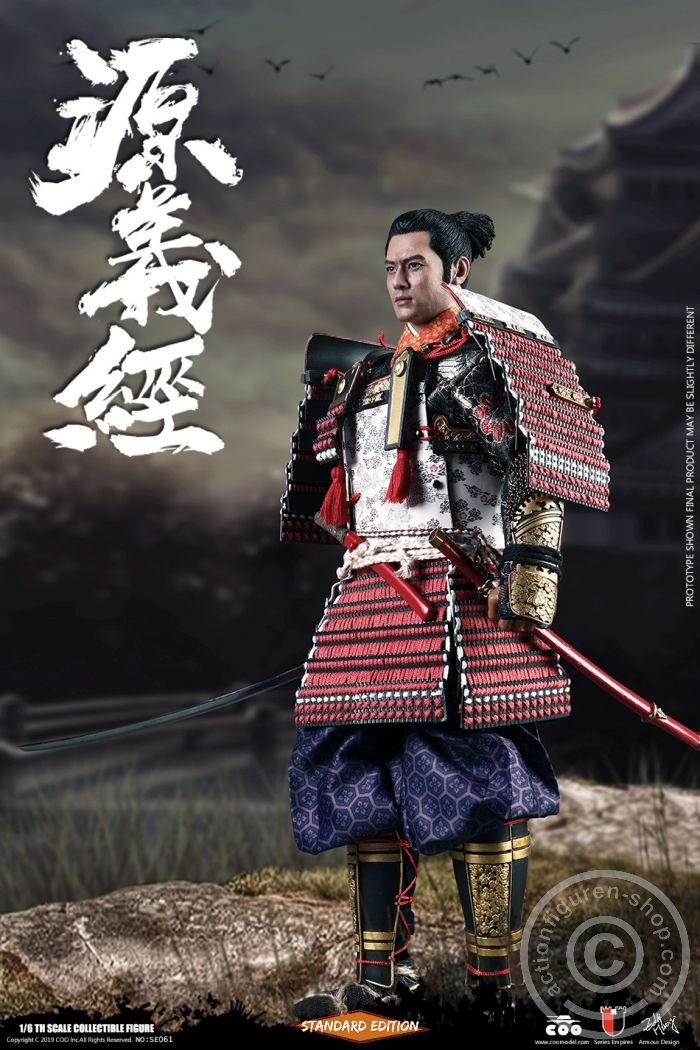 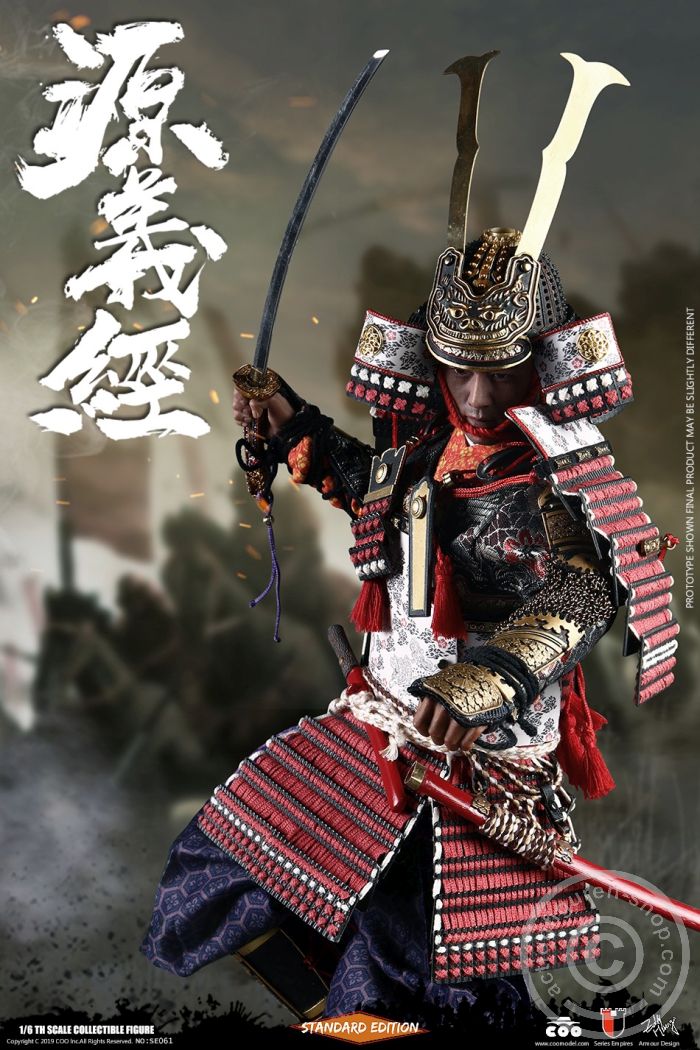 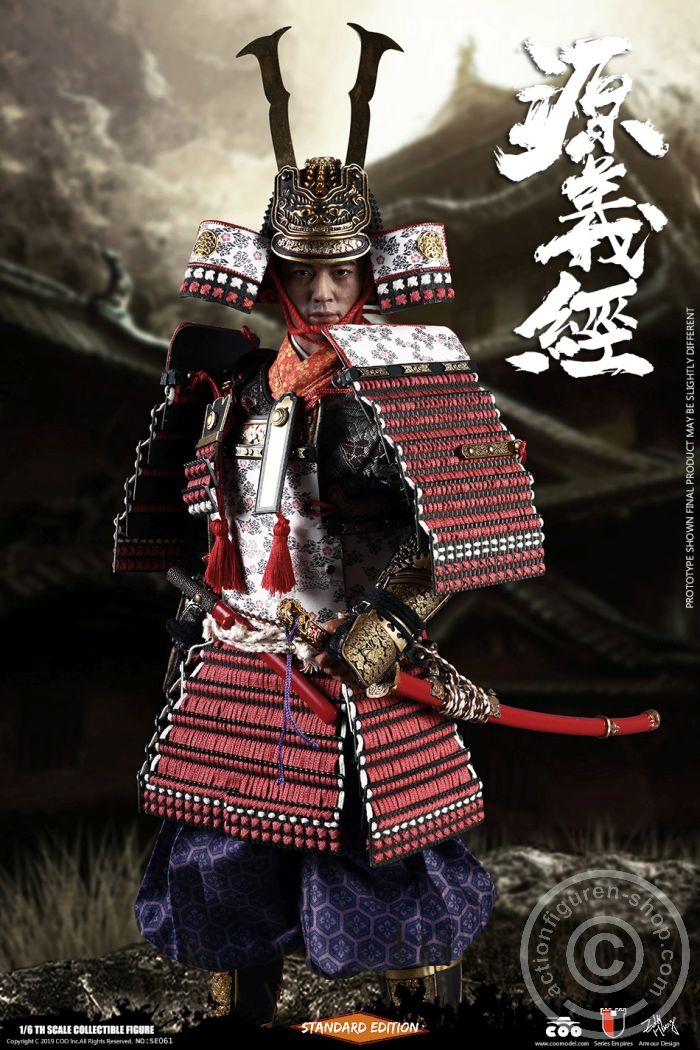 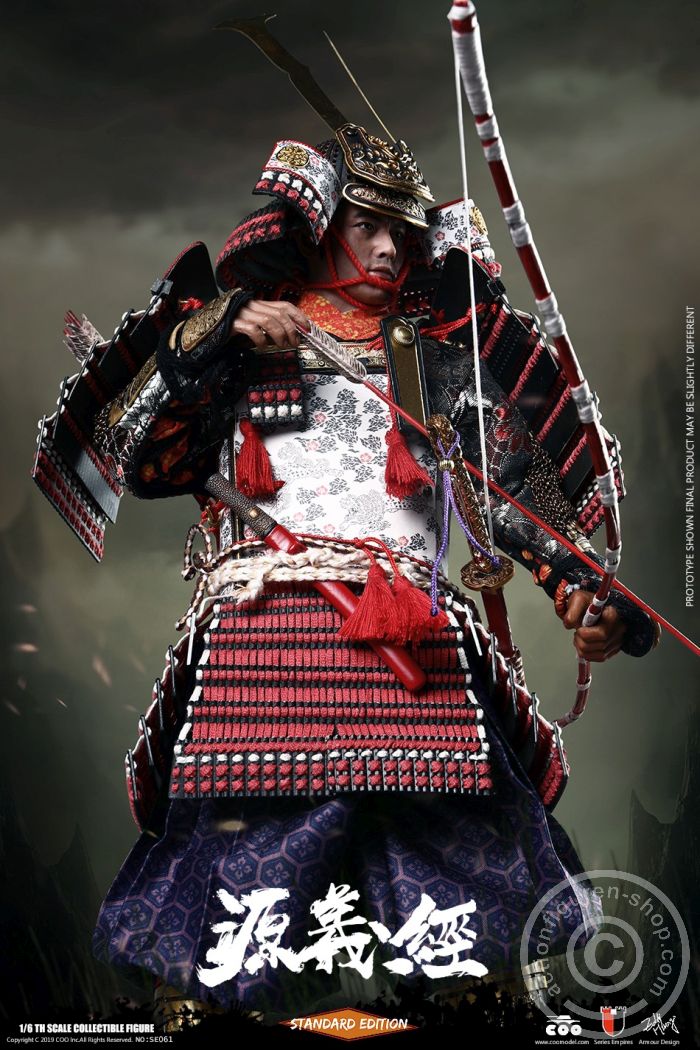 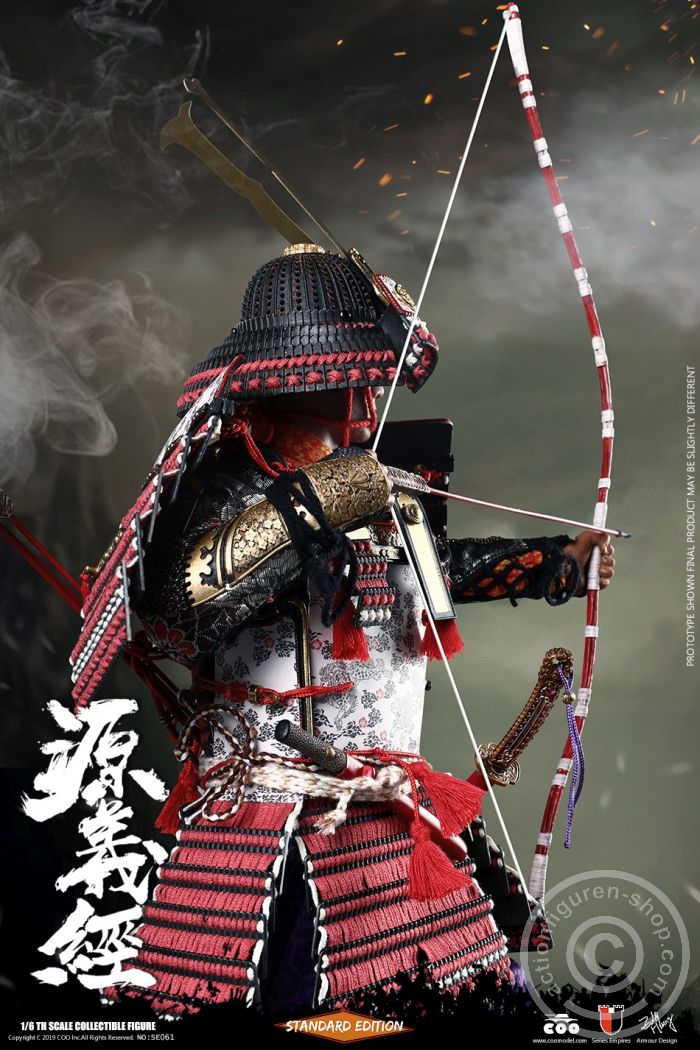 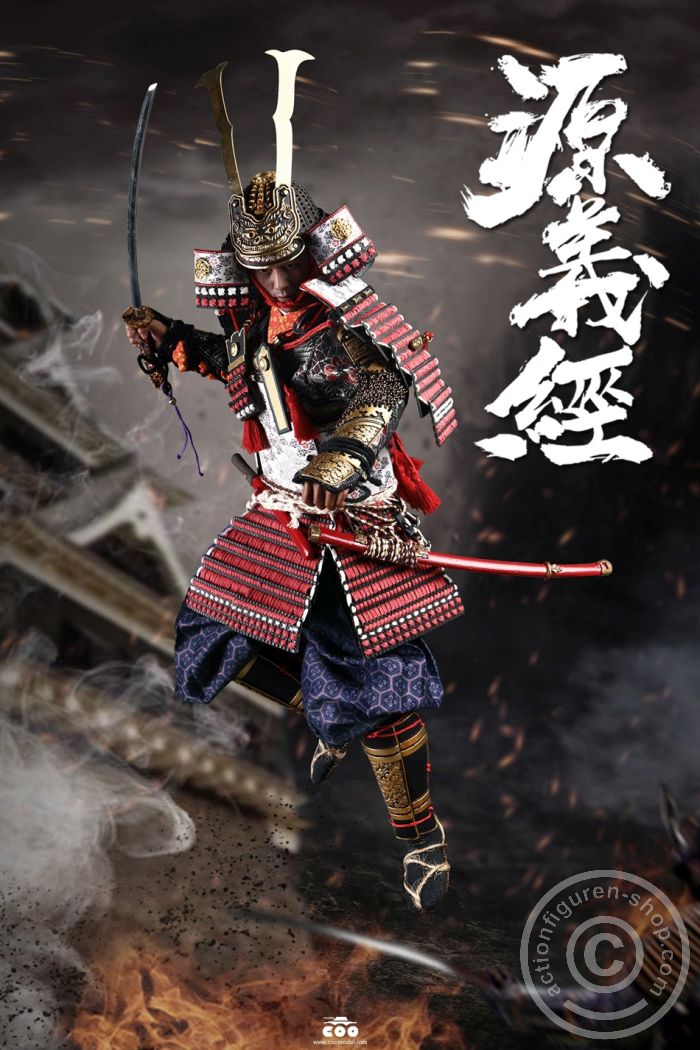 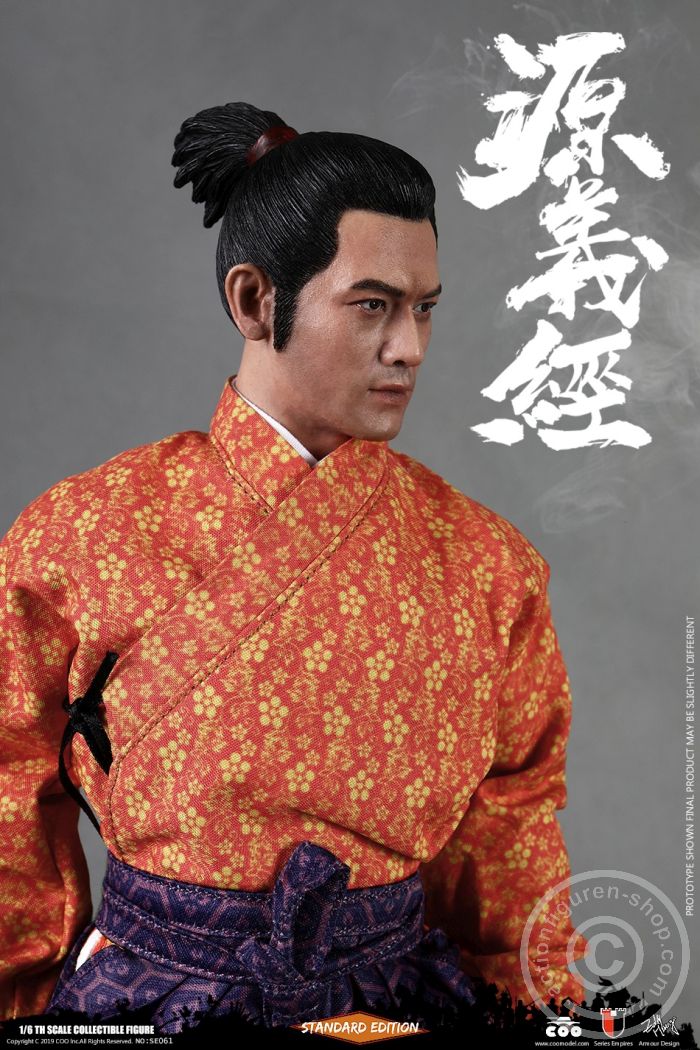 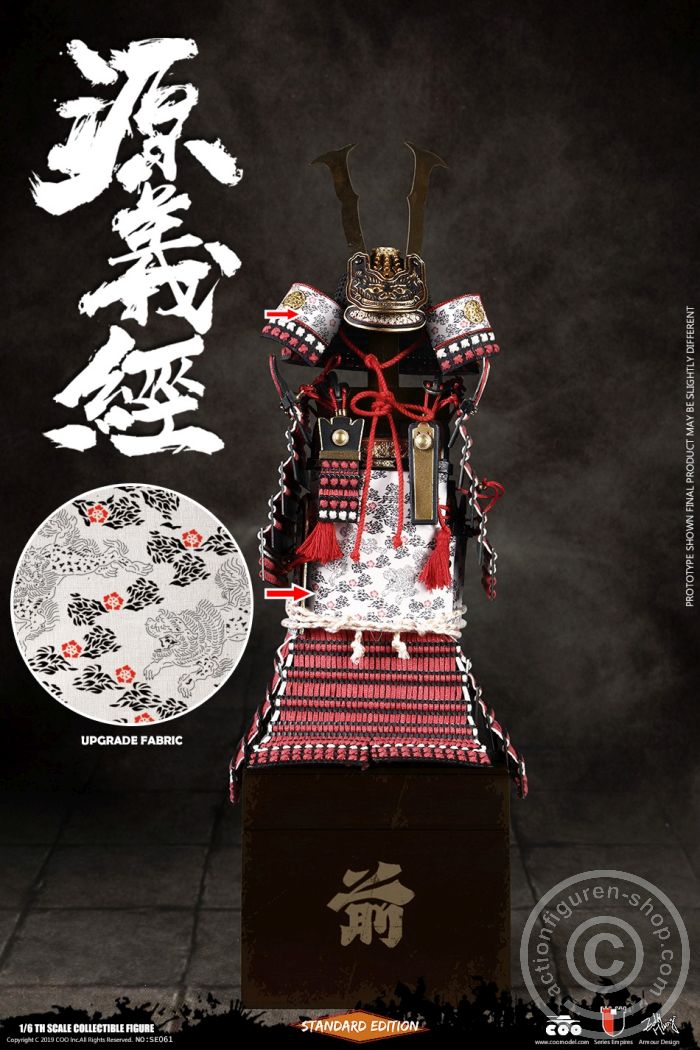 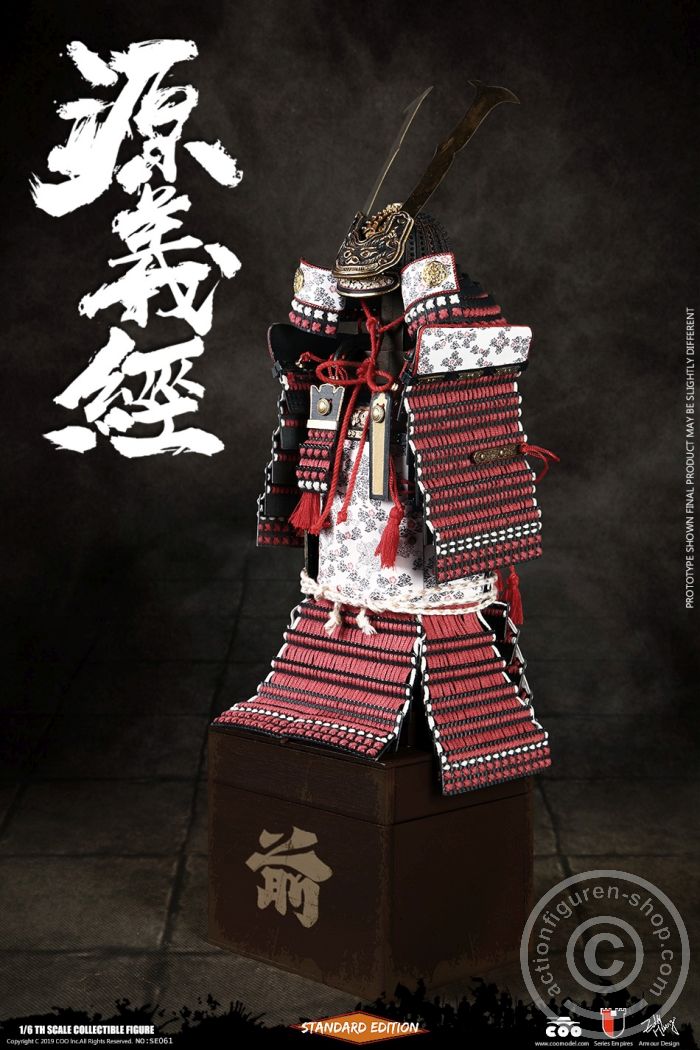 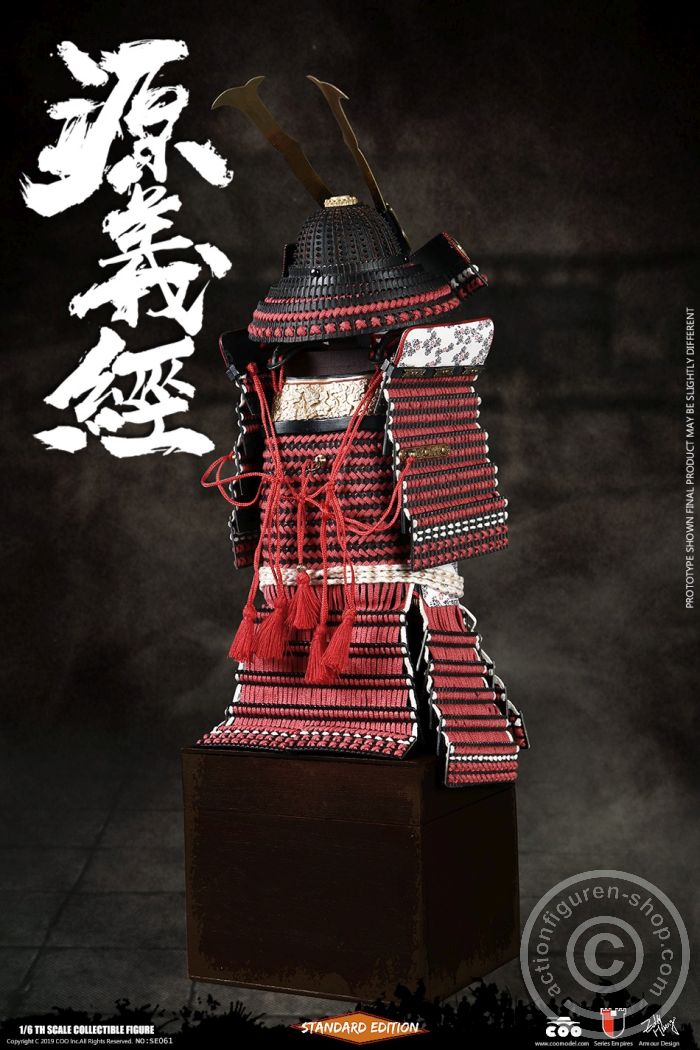 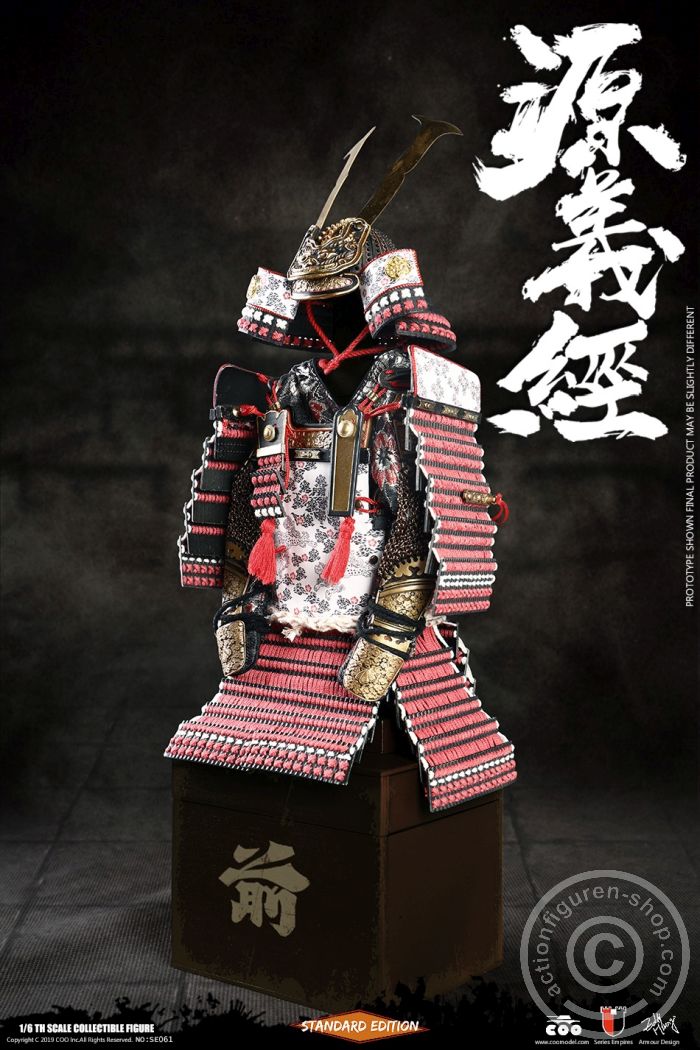 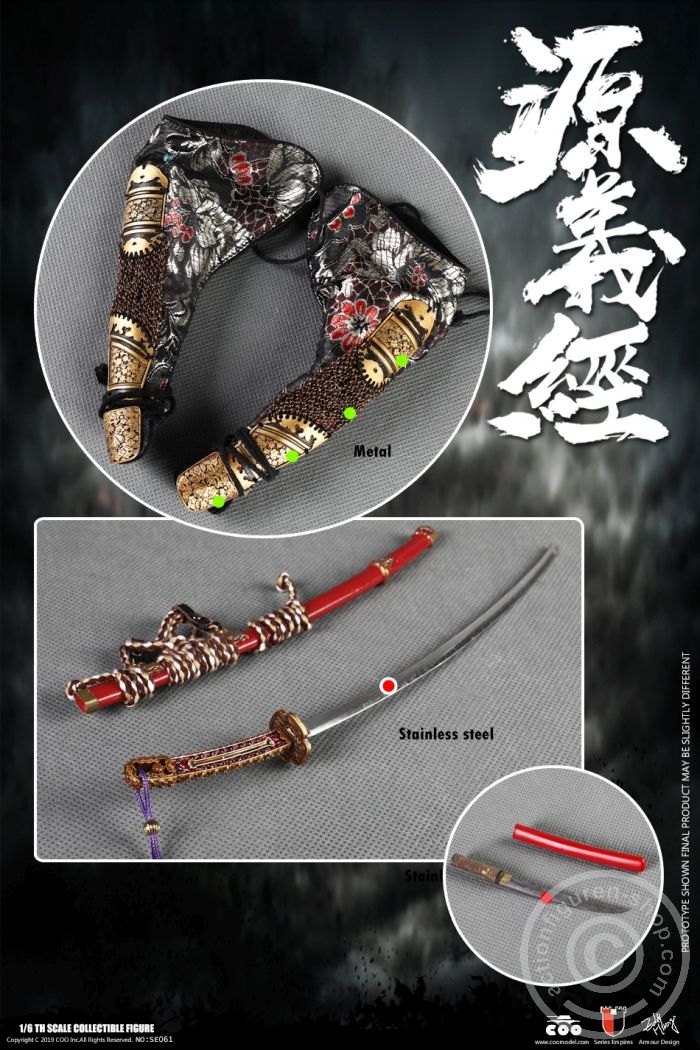 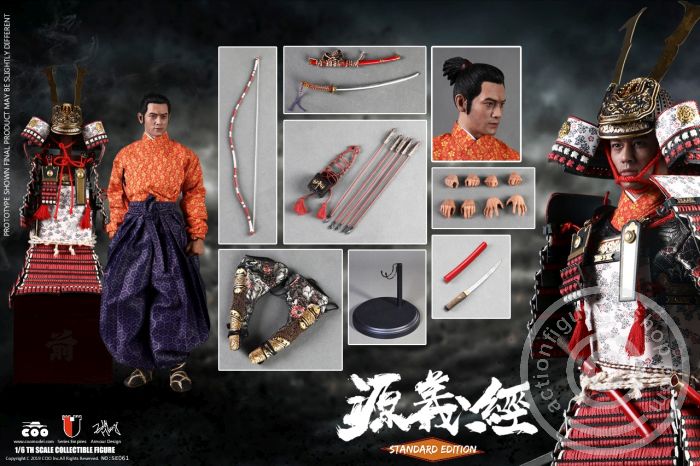 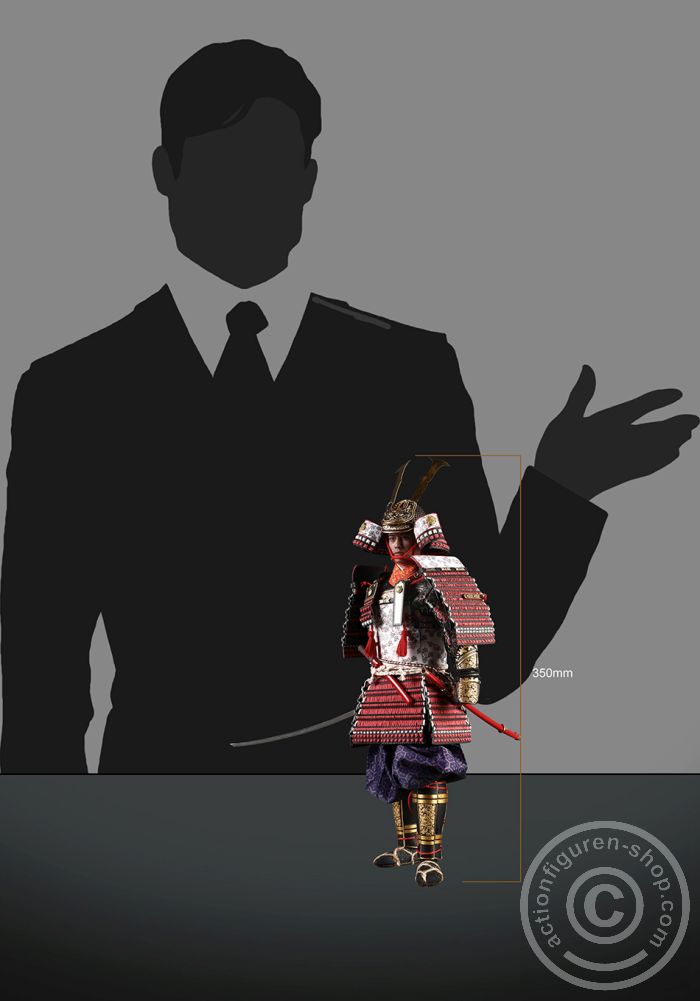 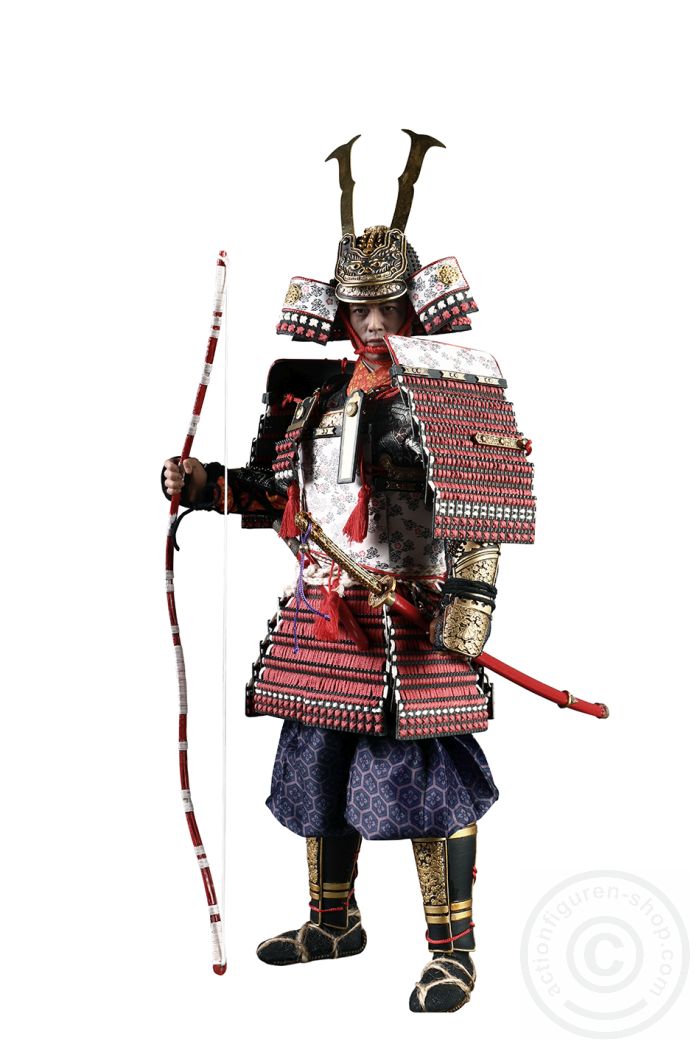