The Legendary Pacifist Singer - in 1/6 scale

Robert Nesta Marley OM (6 February 1945 – 11 May 1981) was a Jamaican singer, musician, and songwriter. Considered one of the pioneers of reggae, his musical career was marked by fusing elements of reggae, ska, and rocksteady, as well as his distinctive vocal and songwriting style. Marley's contributions to music increased the visibility of Jamaican music worldwide, and made him a global figure in popular culture to this day. Over the course of his career, Marley became known as a Rastafari icon, and he infused his music with a sense of spirituality. He is also considered a global symbol of Jamaican music and culture and identity, and was controversial in his outspoken support for democratic social reforms. In 1976, Marley survived an assassination attempt in his home, which was thought to be politically motivated. He also supported legalization of marijuana, and advocated for Pan-Africanism. In 1977, Marley was diagnosed with acral lentiginous melanoma; he died as a result of the illness in 1981. His fans around the world expressed their grief, and he received a state funeral in Jamaica. The greatest hits album "Legend" was released in 1984, and became the best-selling reggae album of all time. Marley also ranks as one of the best-selling music artists of all time, with estimated sales of more than 75 million records worldwide. He was posthumously honoured by Jamaica soon after his death with a designated Order of Merit by his nation. In 1994, he was inducted into the Rock and Roll Hall of Fame. Rolling Stone ranked him No. 11 on its list of the 100 Greatest Artists of All Time. His other achievements include a Grammy Lifetime Achievement Award, a star on the Hollywood Walk of Fame, and induction into the Black Music & Entertainment Walk of Fame.(C) Wikipedia

**the stage base is made by ABS, not resin, so it will not be heavy**

**the stage base is separate packing**

**the figure set and the stage base total approximately about 1.7kg**

NOTE: At the end of the pictures is an animation, the Figure can not sing in real 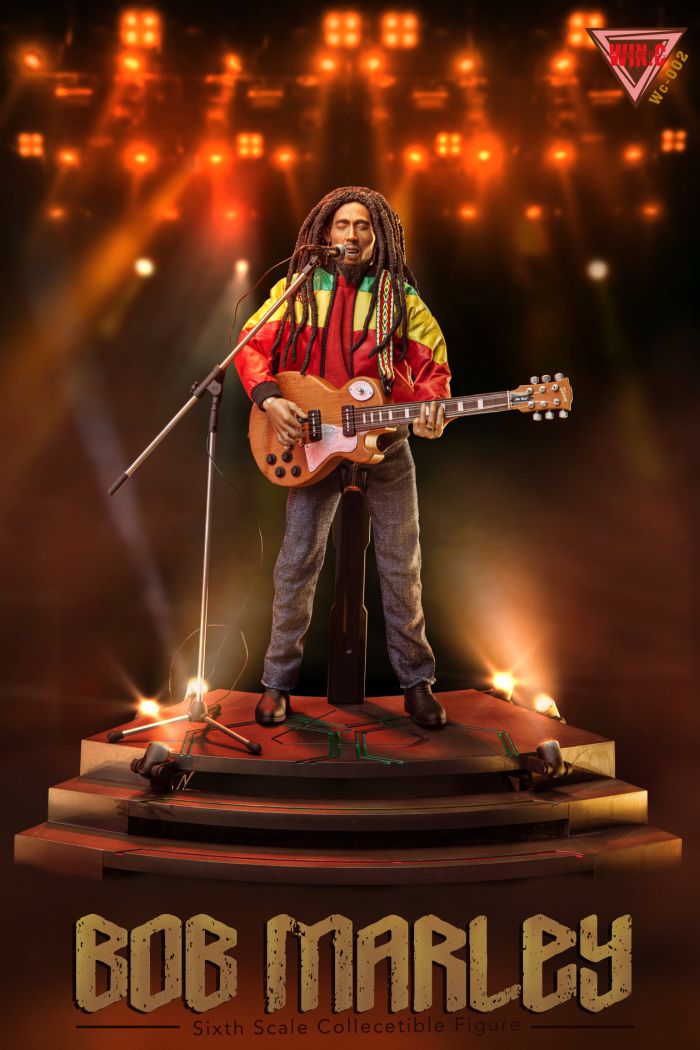 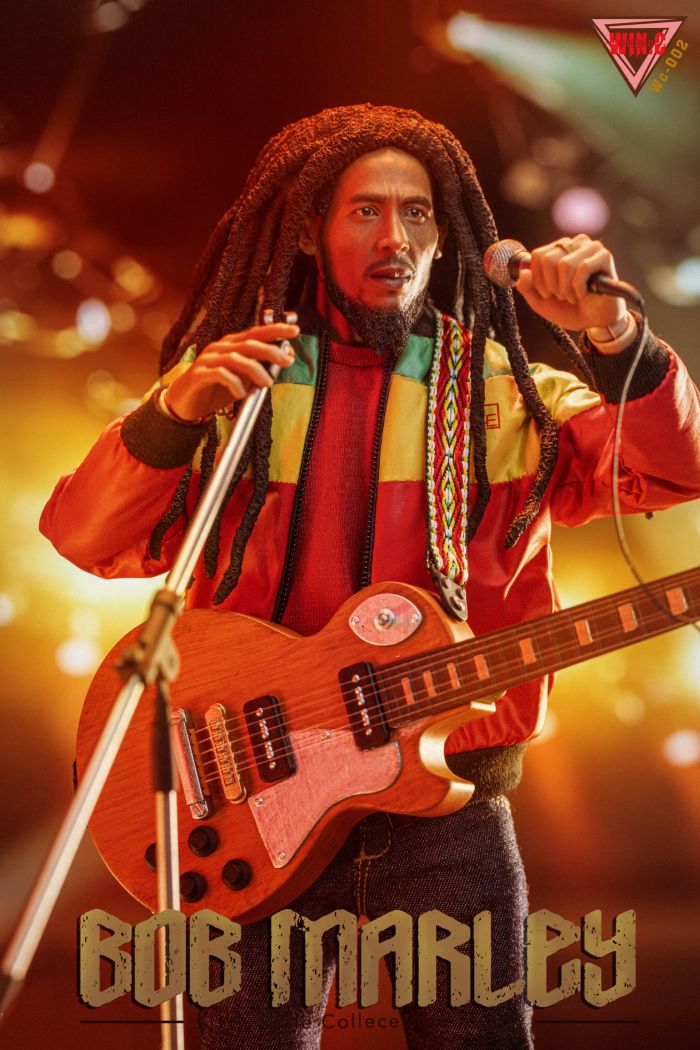 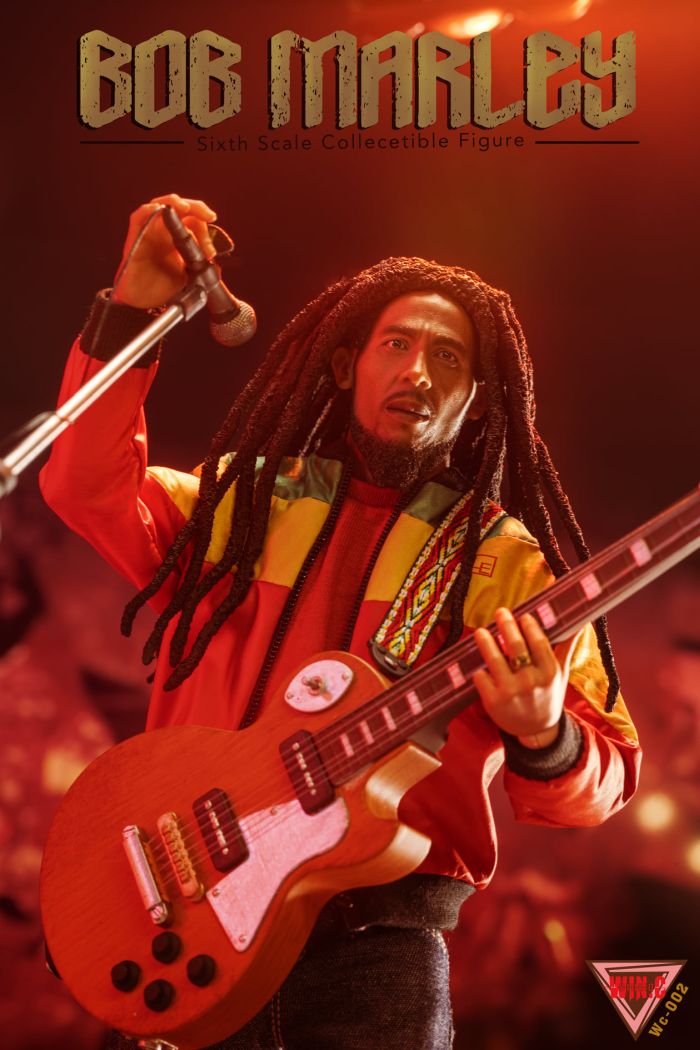 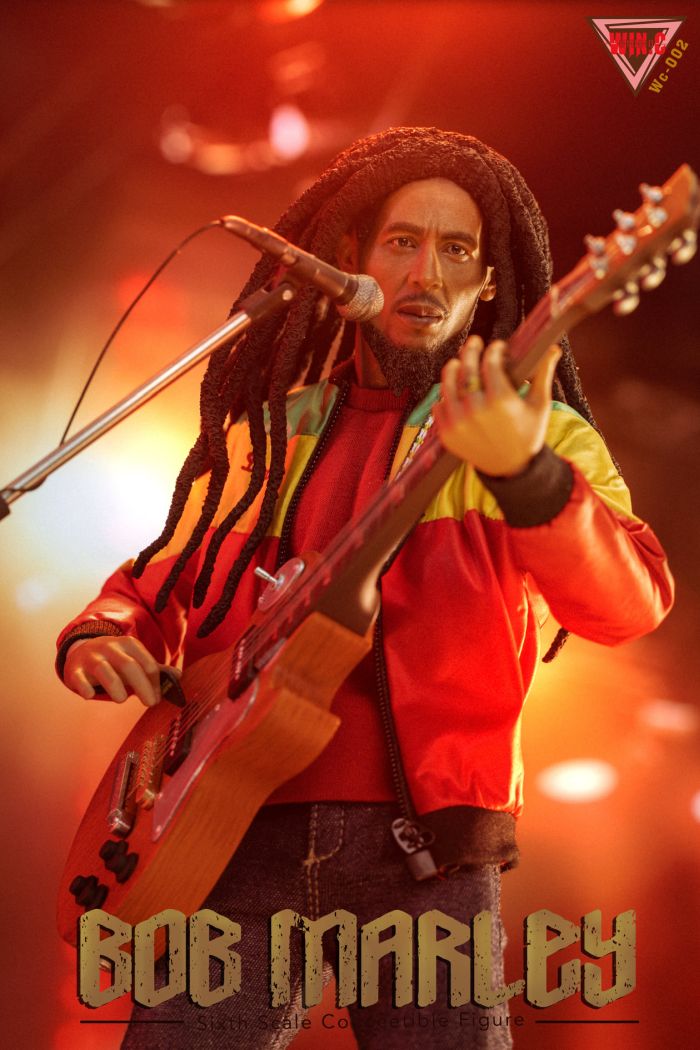 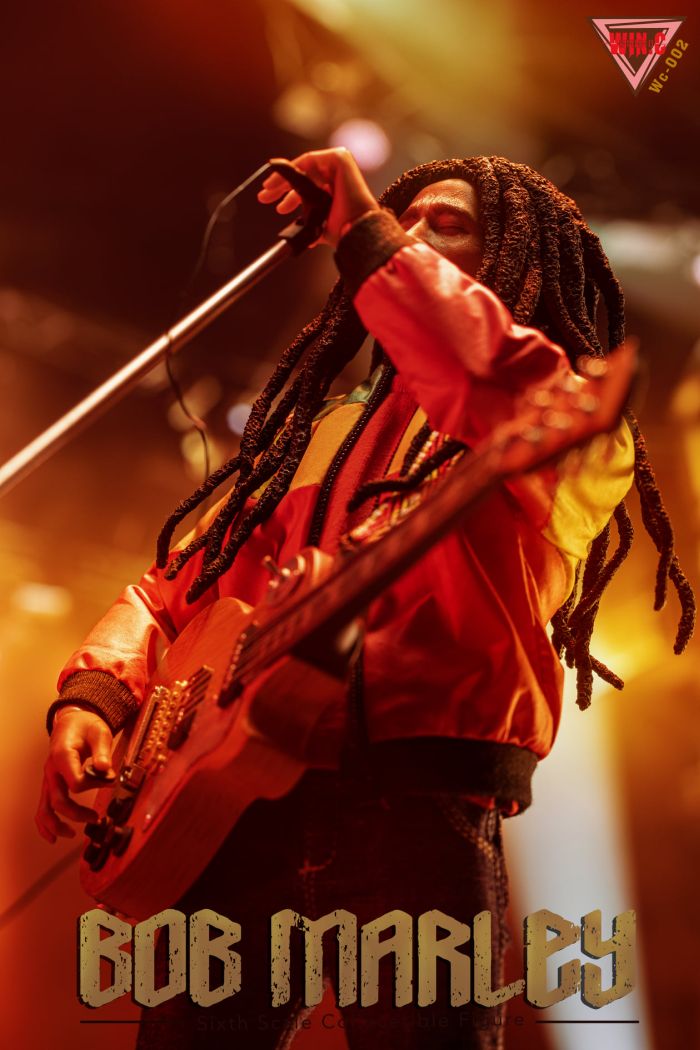 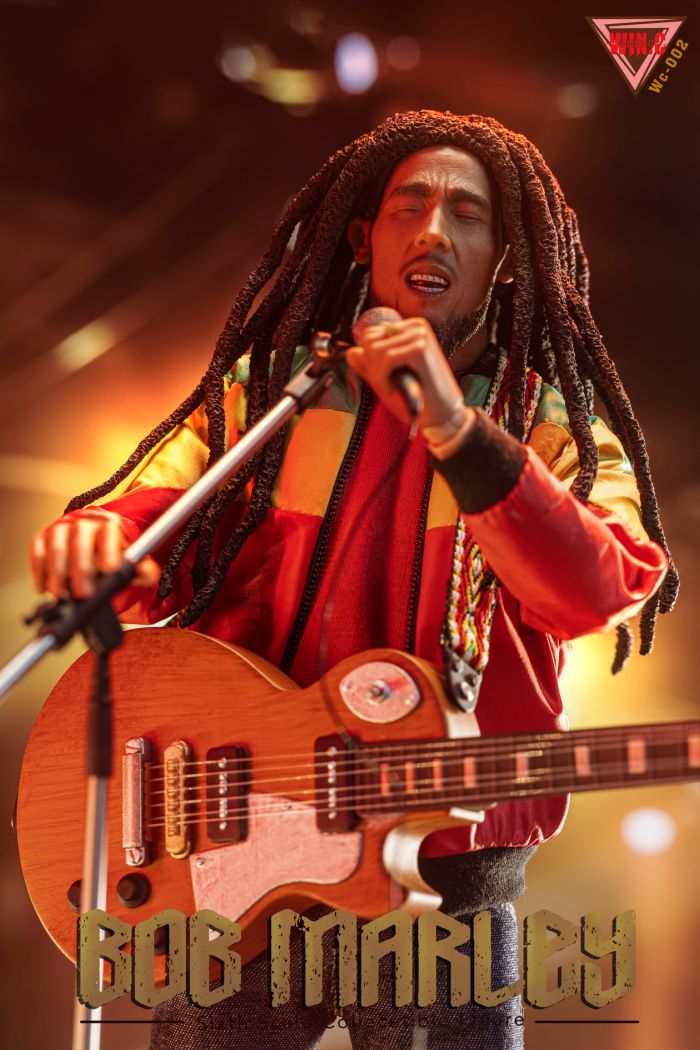 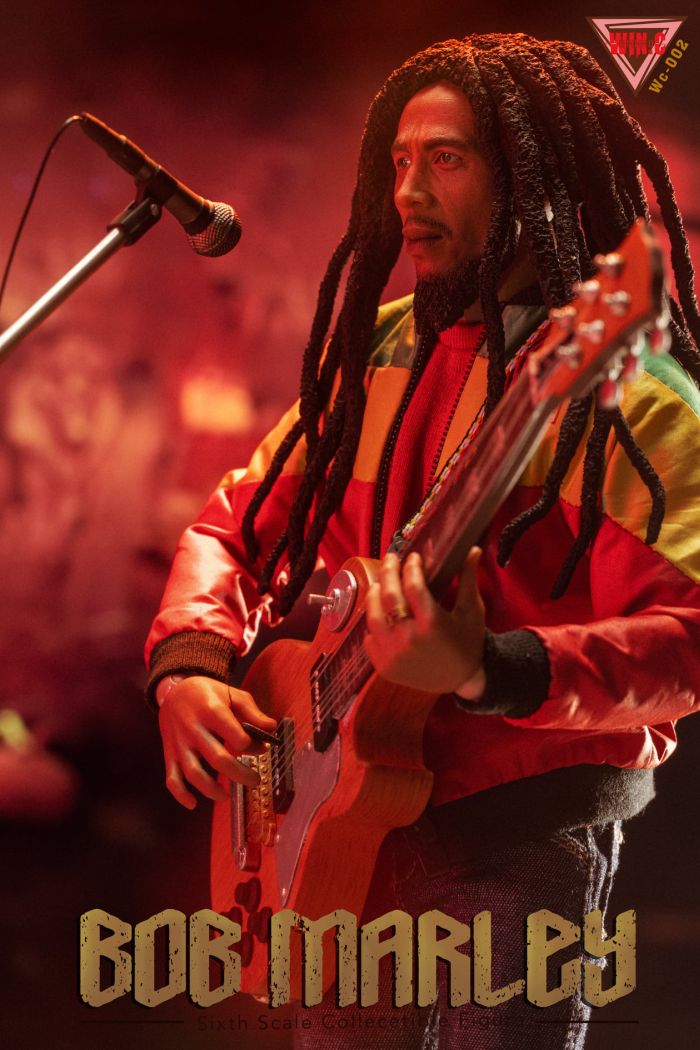 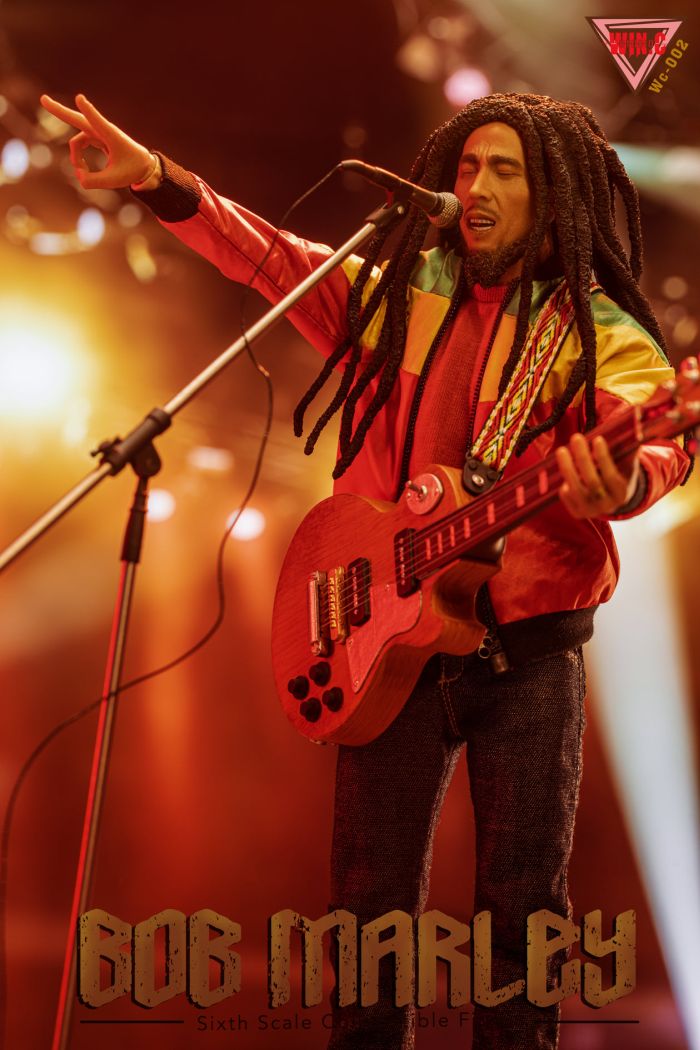 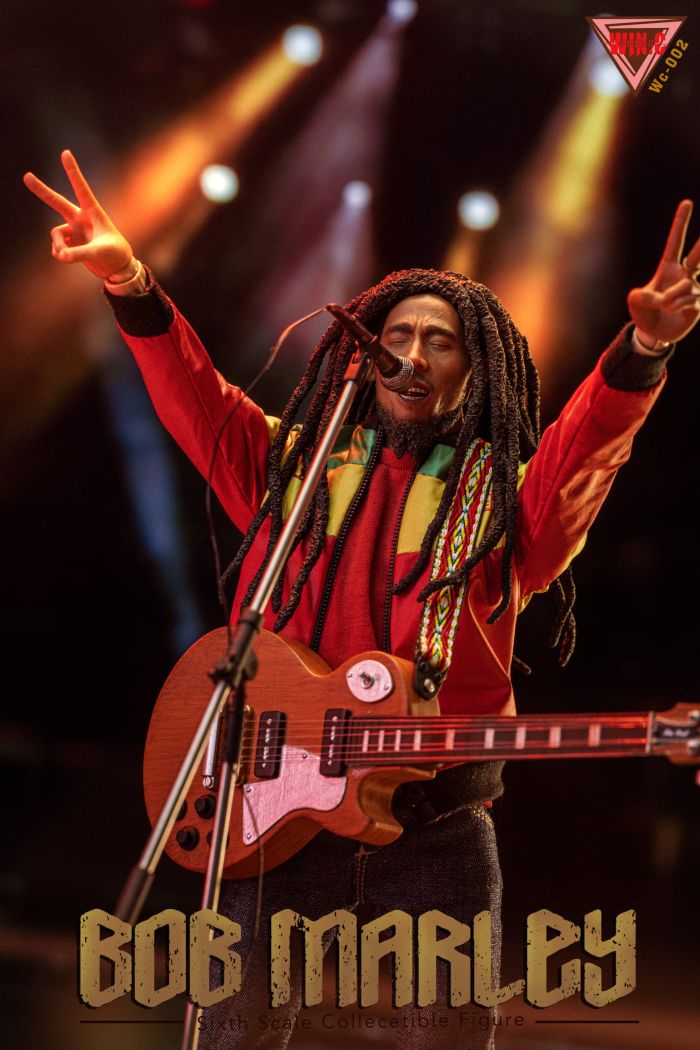 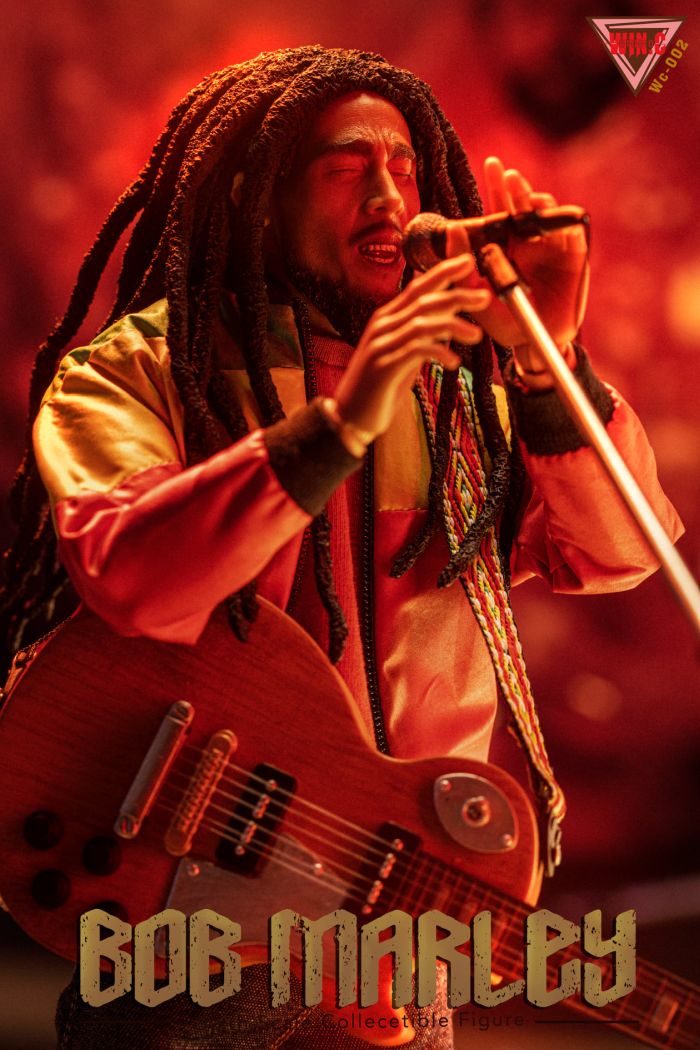 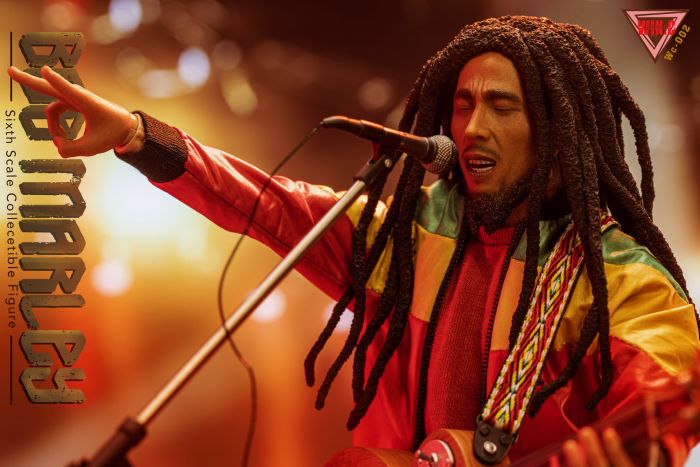 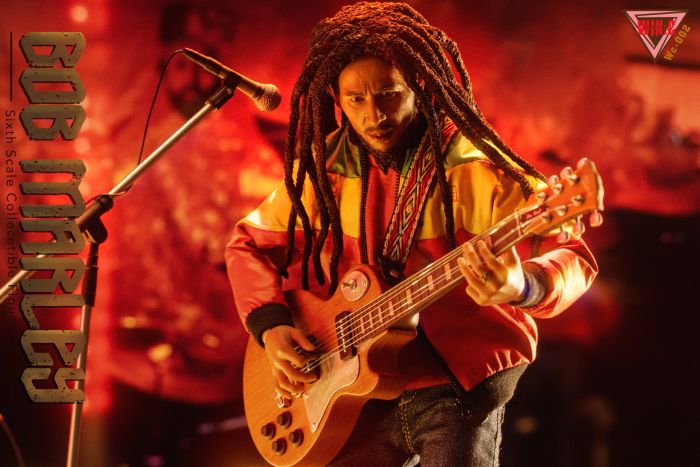 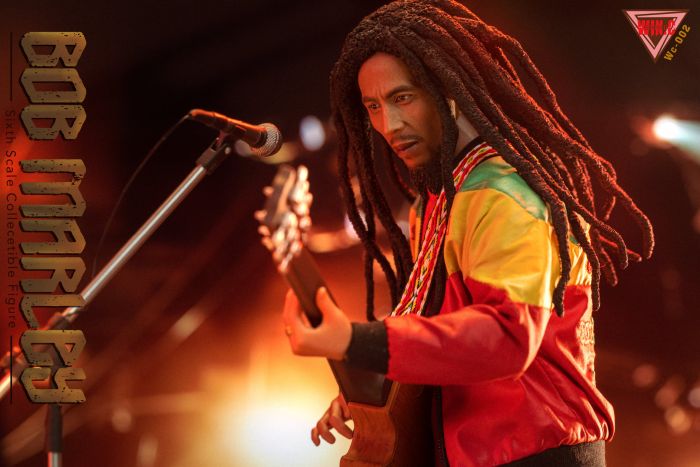 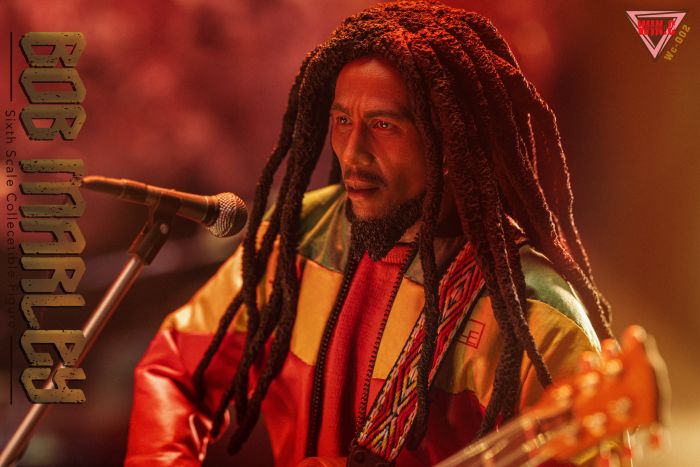 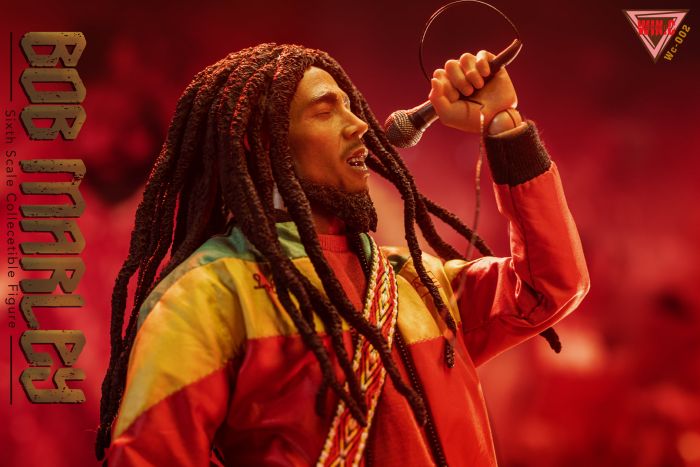 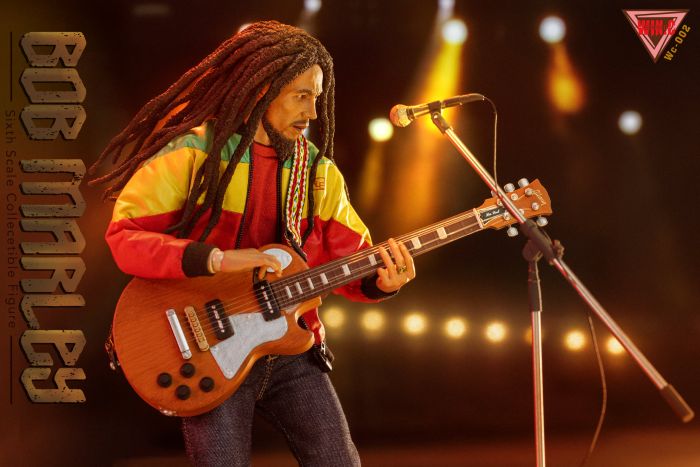 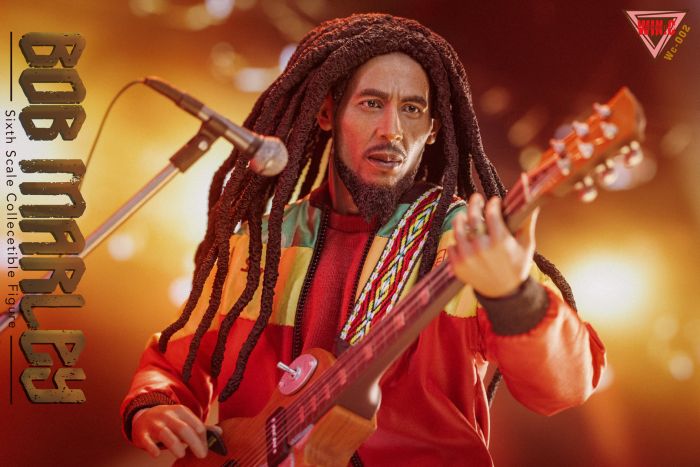 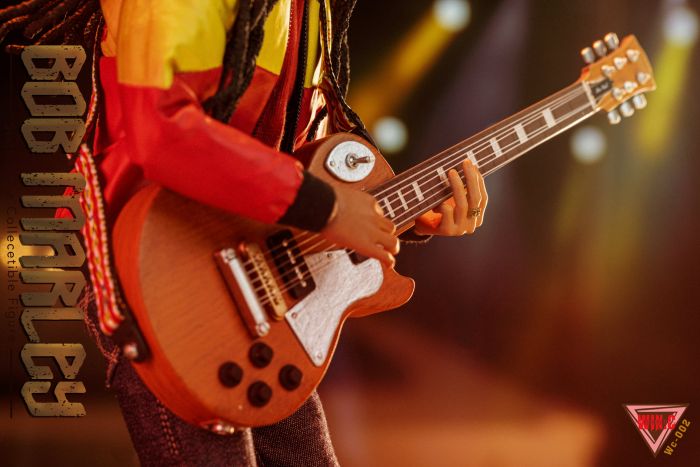 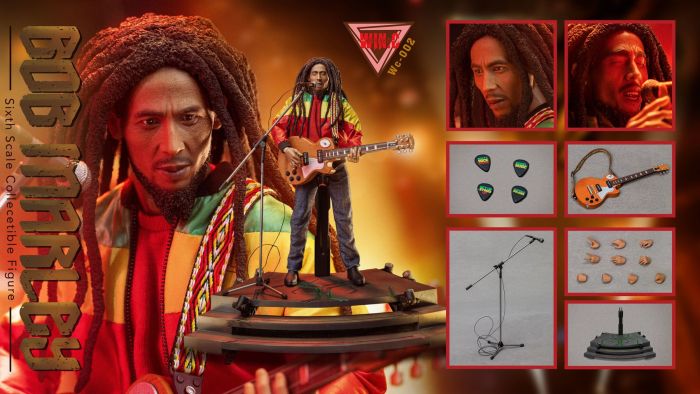 NOTE: This is an animation, the Figure can not sing in real