"I am a Jedi, like my father before me." - Luke Skywalker
With the rise of a new and more powerful Death Star, Luke Skywalker, along with the Rebel fleet and his friends mount a massive attack on the space station to stop the Empire’s dangerous aggression and cease its tyranny across the galaxy. In the final climatic battle aboard this technological terror, Luke Skywalker confronts his father Darth Vader before the evil Emperor Palpatine. Yet, at the most critical moment, Darth Vader makes the heavy decision to protect his son by destroying the vicious Emperor and ultimately sacrificing his own life; thus, restoring temporary peace to the galaxy.
Today Hot Toys is proud to officially present a legendary cinematic masterpiece – the 1/6th scale Luke Skywalker collectible figure from Star Wars: Return of the Jedi!
Explicitly crafted based on the appearance of Luke Skywalker in the concluding chapter of the original trilogy, the figure features a newly developed head sculpt, a meticulously tailored costume featuring Luke’s look on Tatooine and Death Star in the film, a LED light-up lightsaber, an interchangeable lightsaber blade emulating the weapon in motion, and a specially designed figure base.

Dedicated to all Star Wars fans, the Luke Skywalker collectible figure will be a treasured addition to your collection.

-       Authentic and detailed likeness of Mark Hamill as Luke Skywalker in Star Wars: Return of the Jedi

-       One (1) black-colored leather-like belt with a pouch, a hook and a D-ring with silver-colored button clips 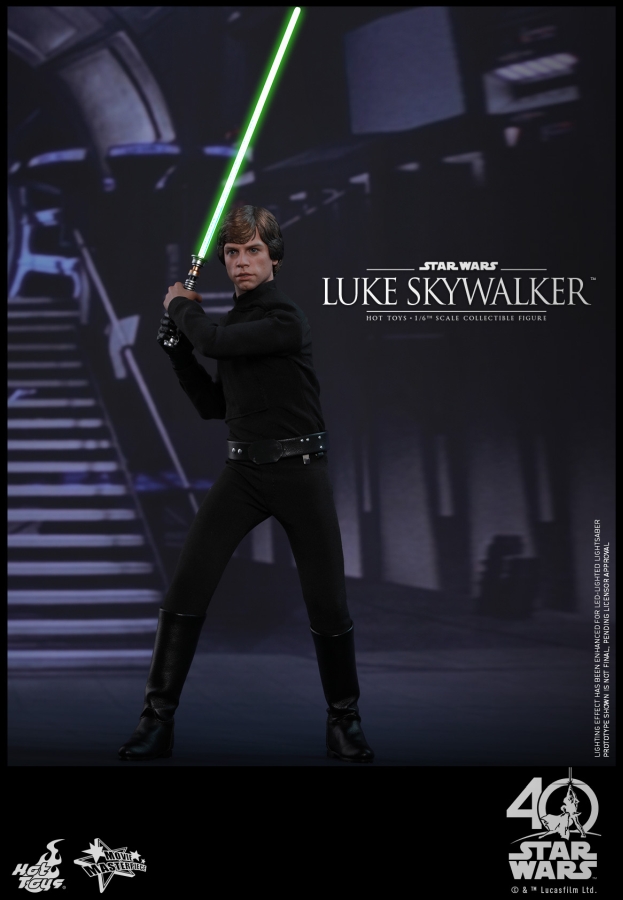 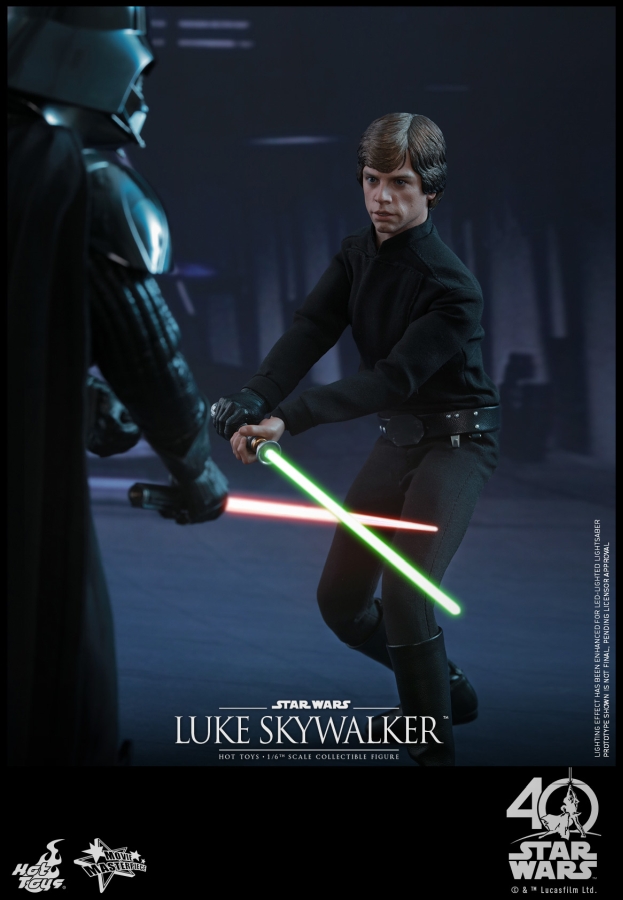 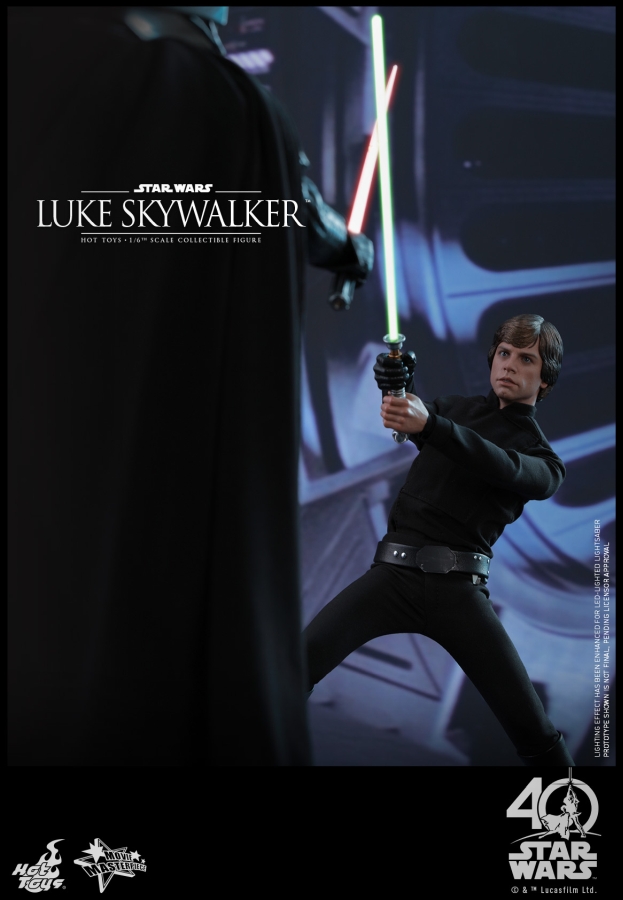 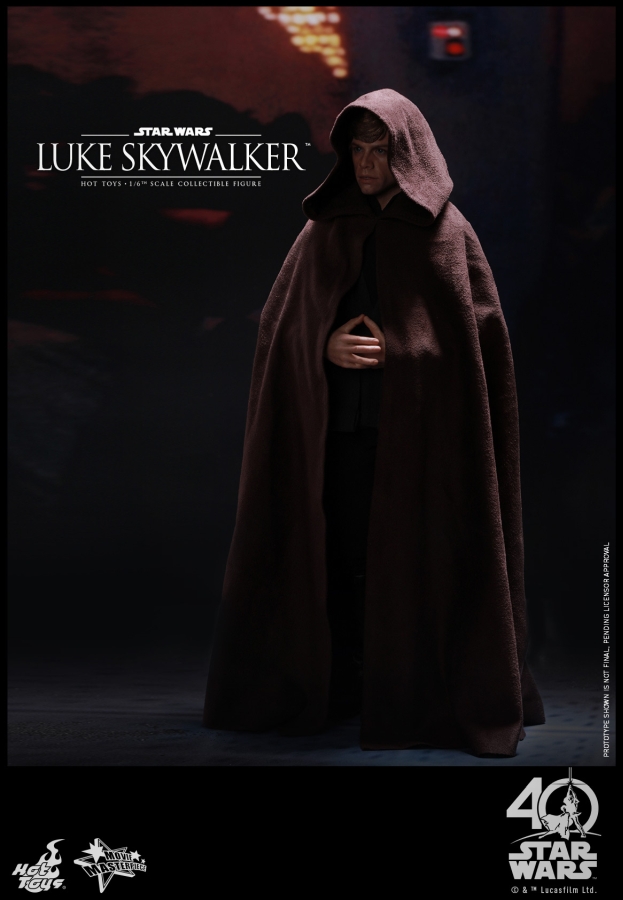 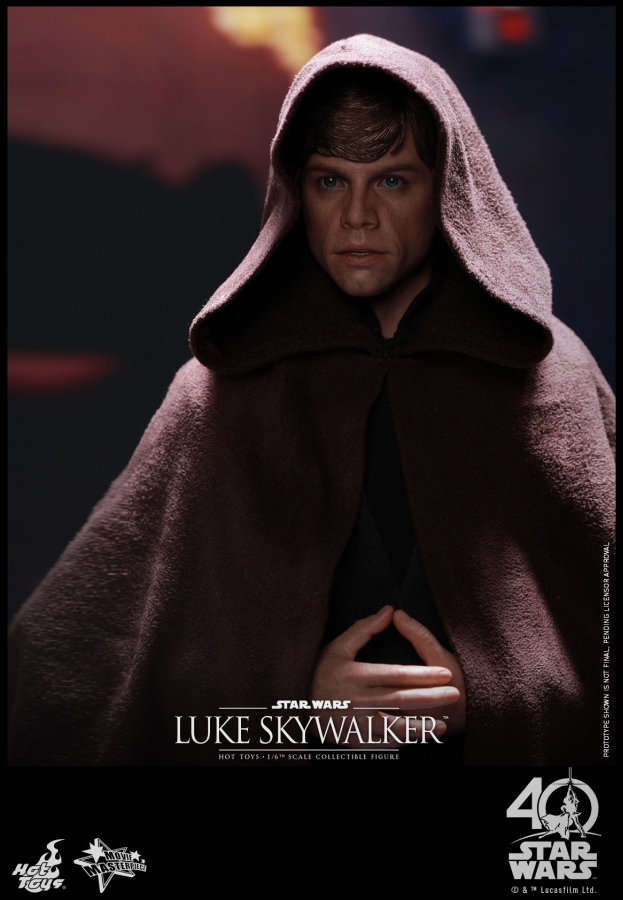 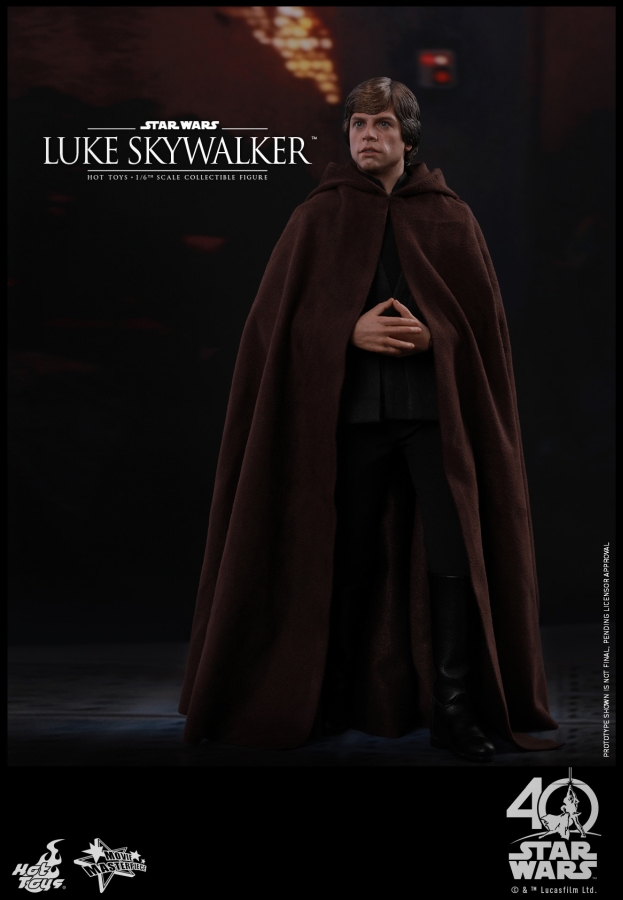 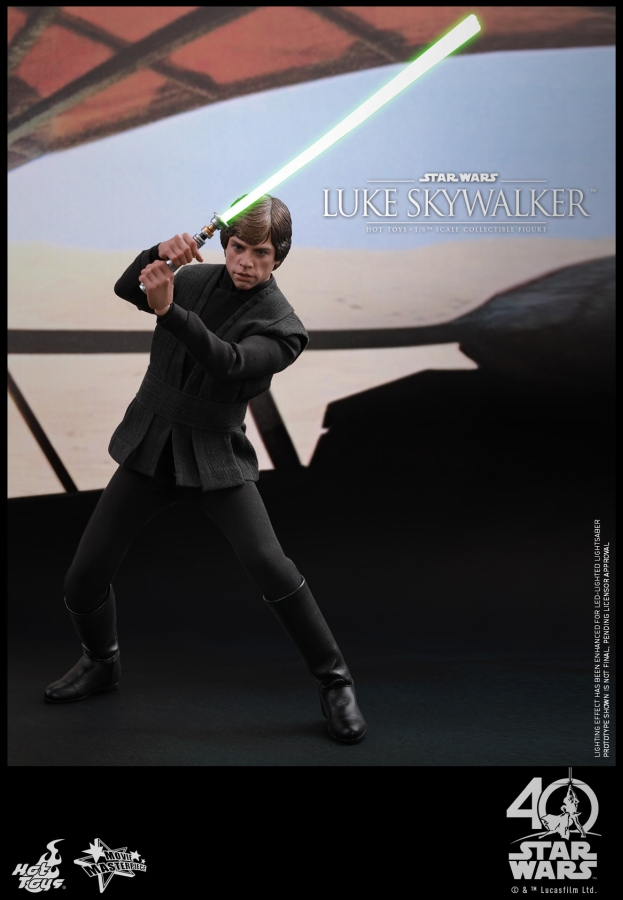 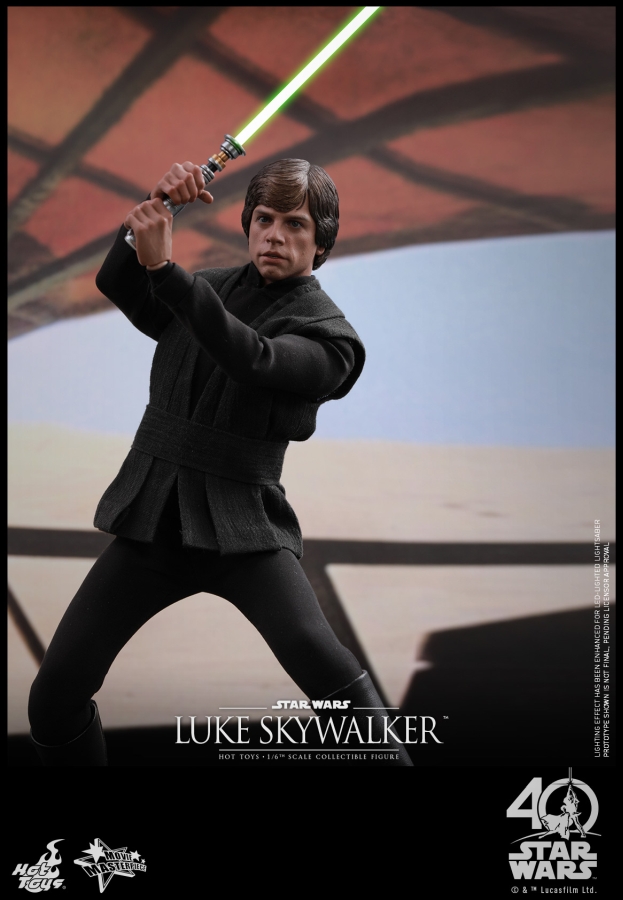 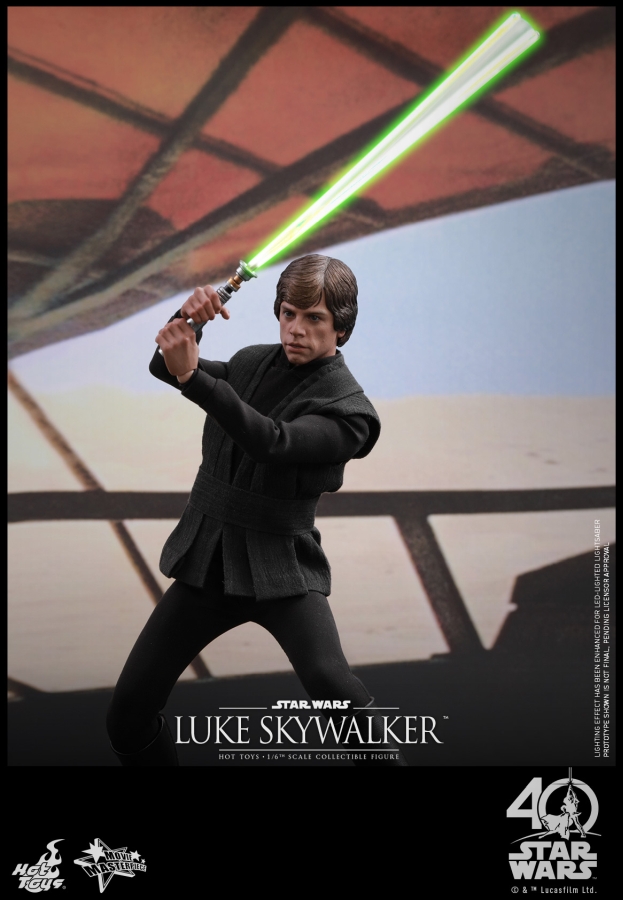 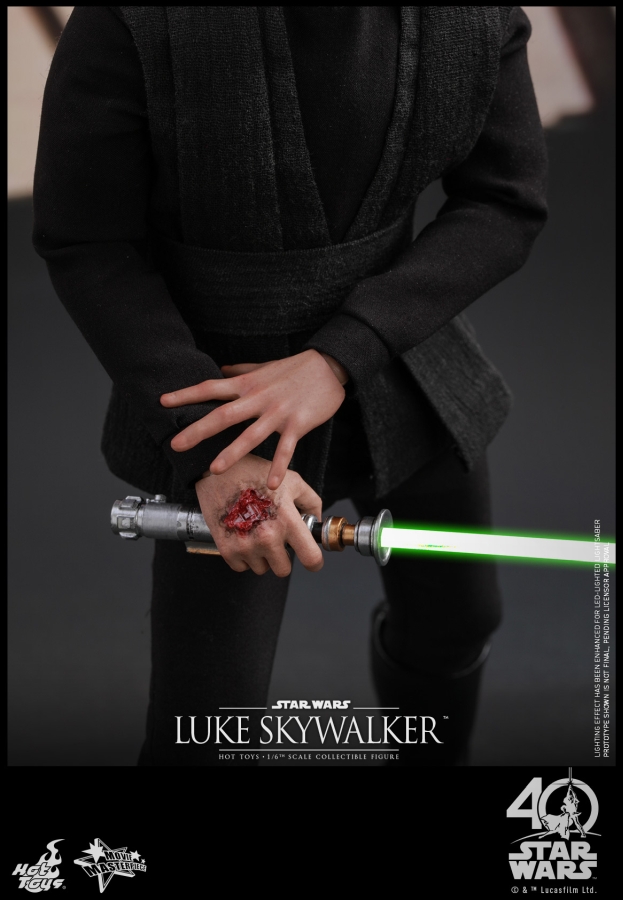 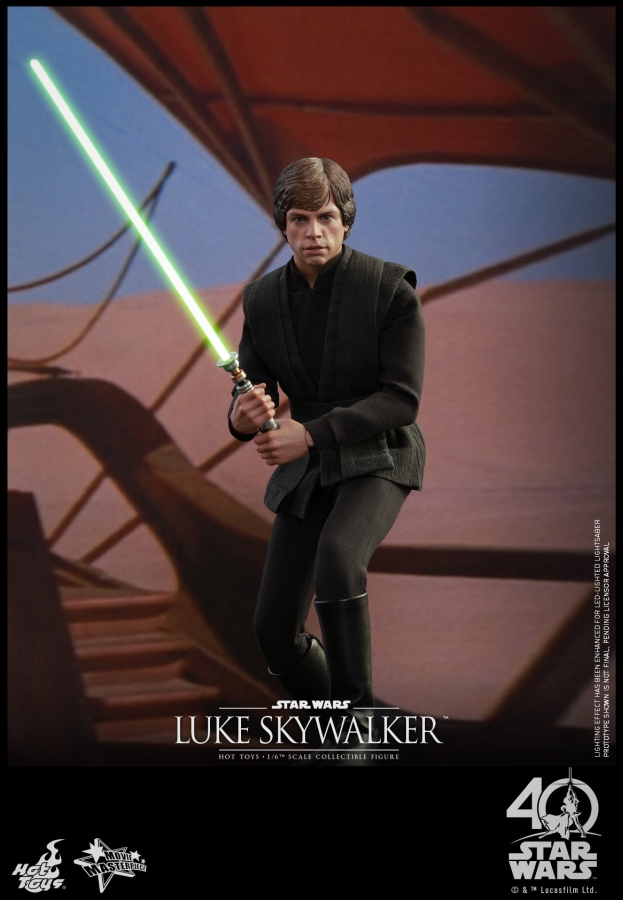 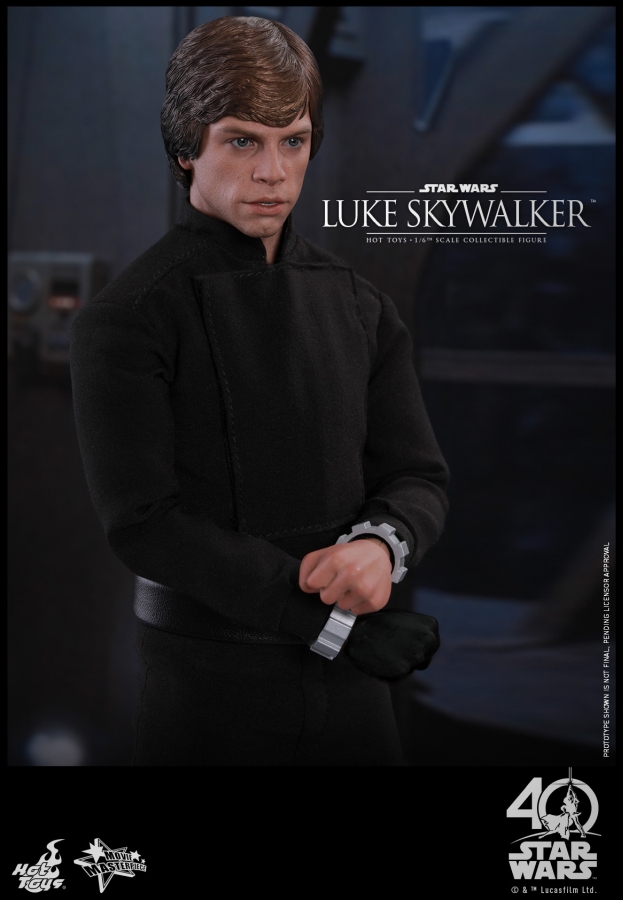 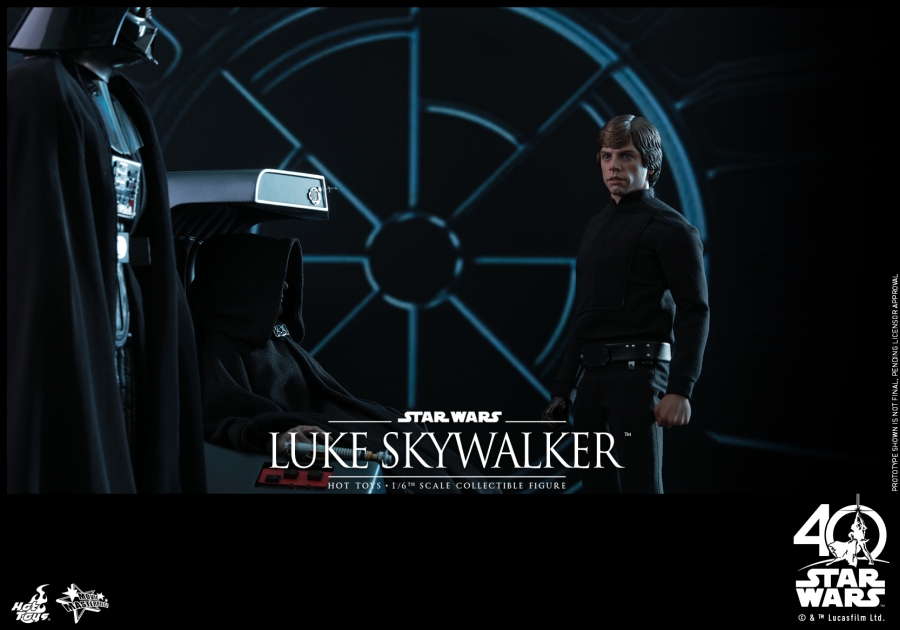 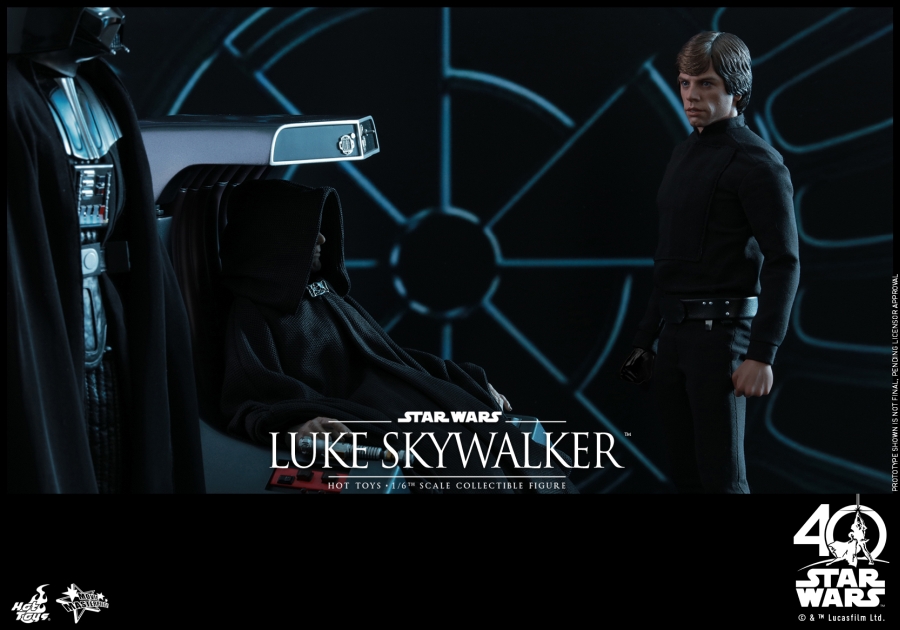 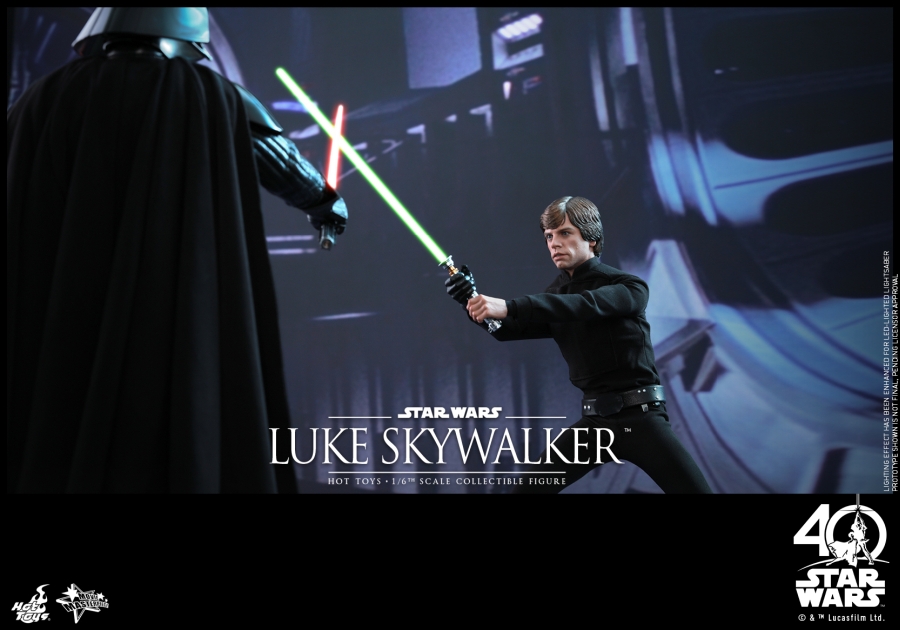 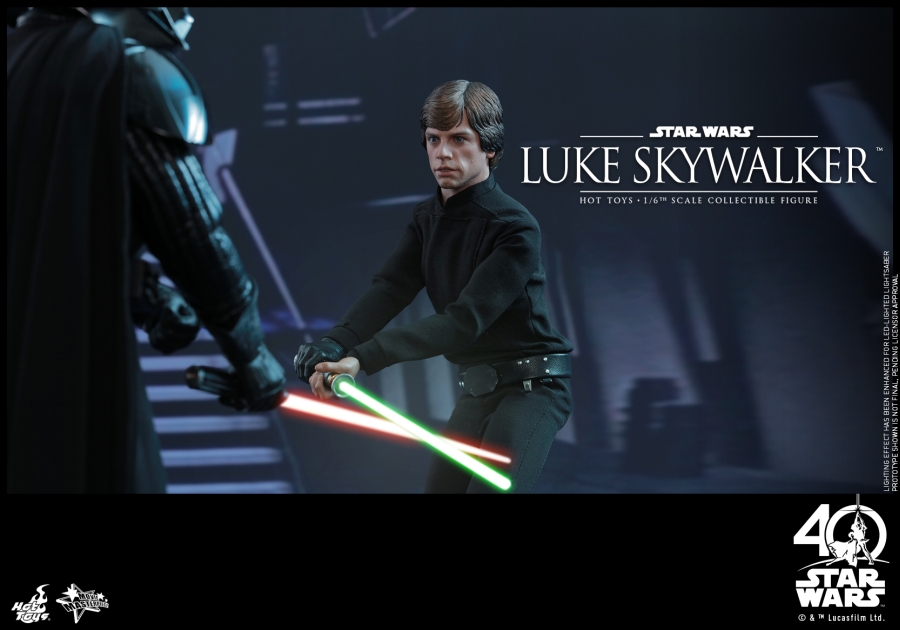 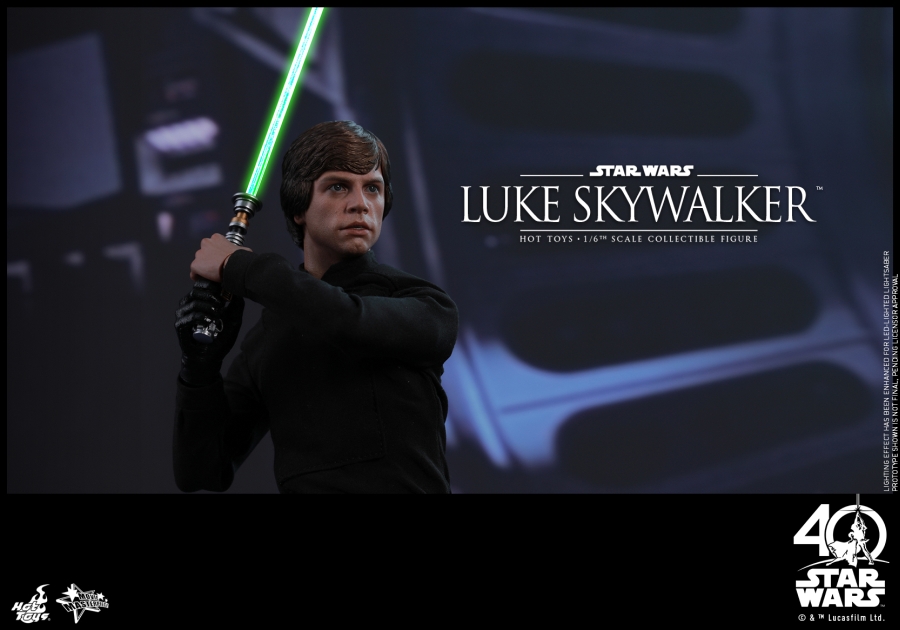 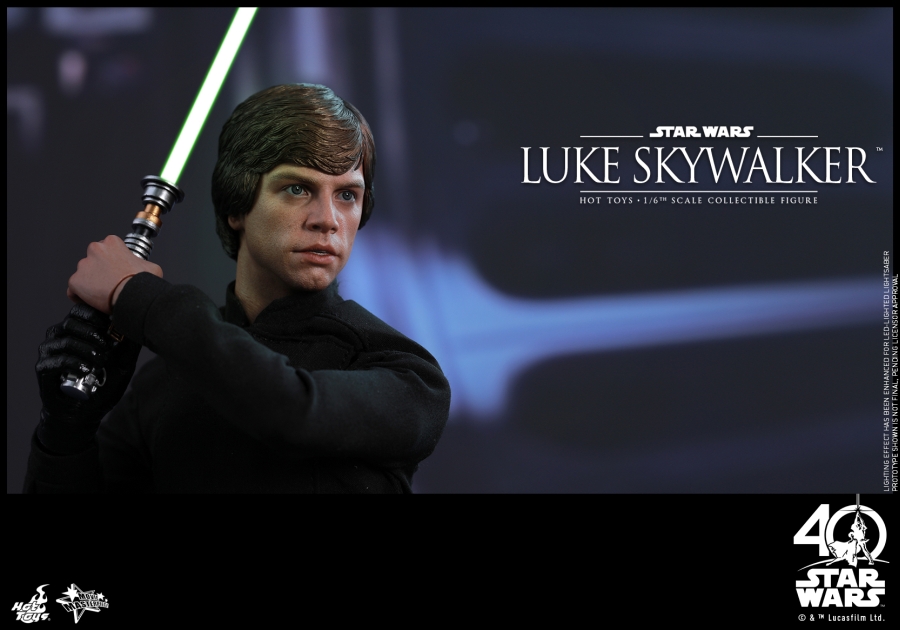 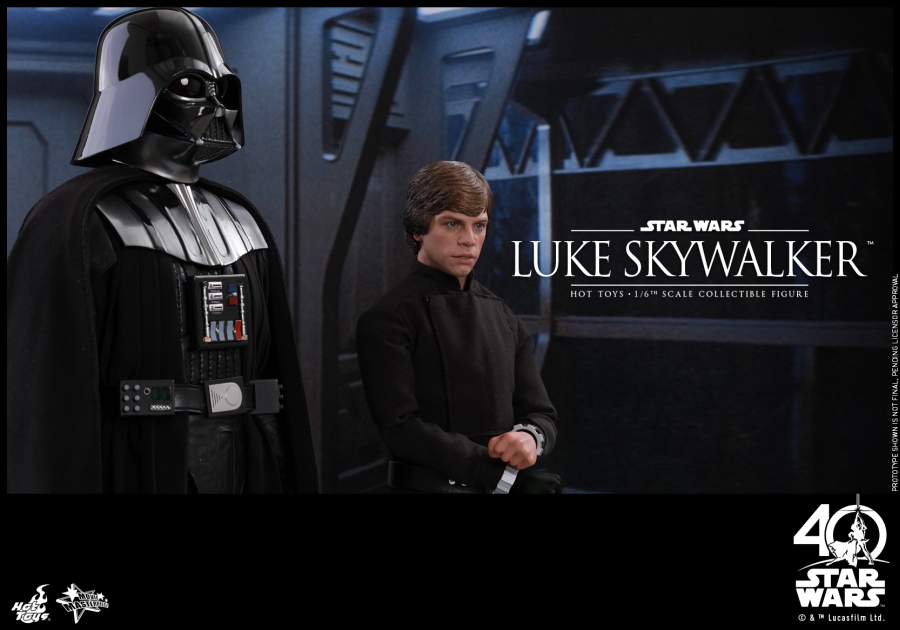 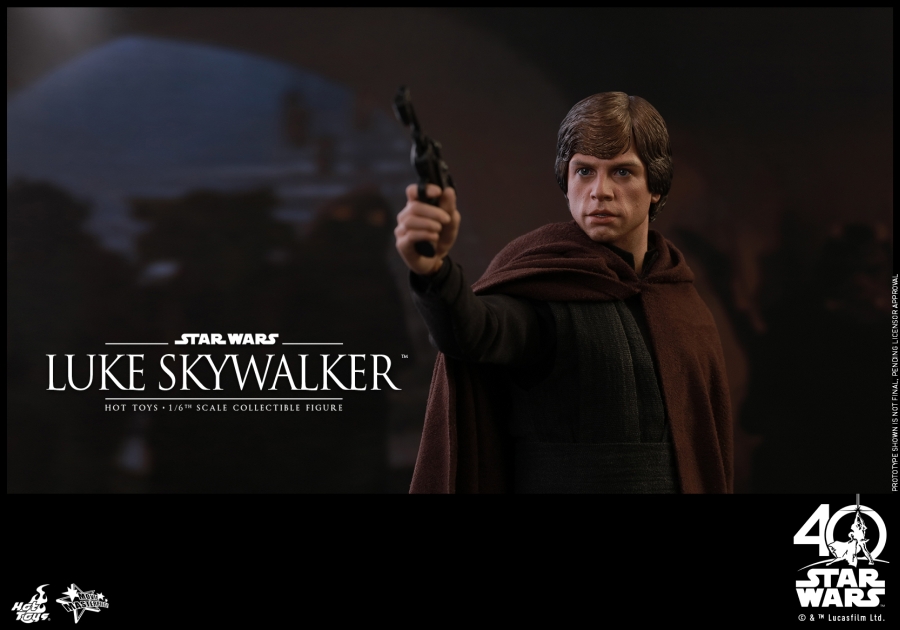 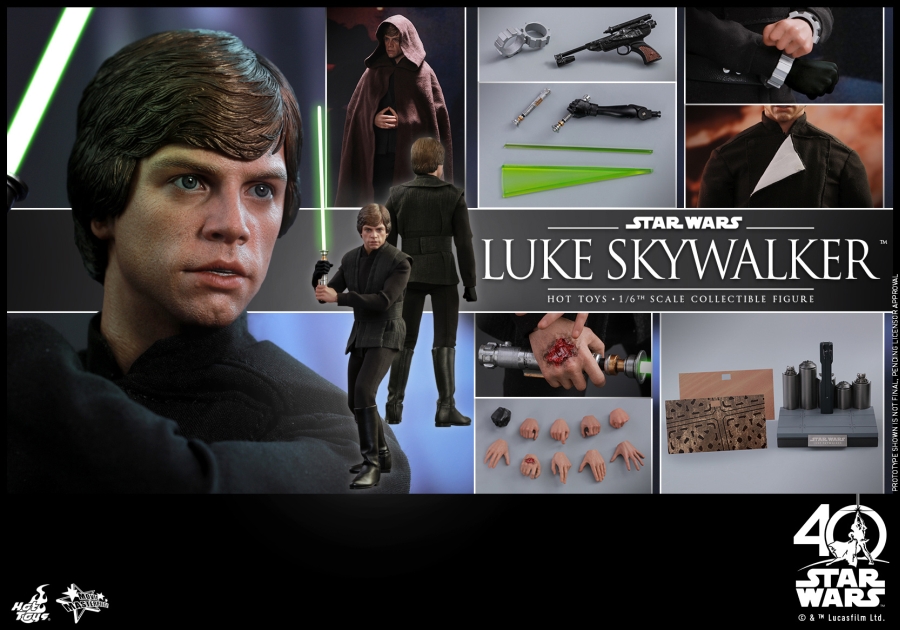