The X-Men has returned onto the big screen earlier this year with the critically-acclaimed and highly-popular X-Men: Days of Future Past! With the mutant race being exterminated by powerful Sentinels in the future, Wolverine was sent back to the past in order to stop the war before it began and save his kind from the terrible fate.

To celebrate the launch of this hit movie’s DVD and Blu-Ray, Hot Toys is delighted to present the new 1/6th scale Wolverine Collectible Figure from X-Men: Days of Future Past. The movie-accurate collectible is specially crafted based on the image of Hugh Jackman as the future Wolverine in the movie featuring a newly developed head sculpt, specially-tailored future Wolverine battle suit with armor parts and Wolverine’s signature metal claws.

- Authentic and detailed fully realized likeness of Hugh Jackman as Wolverine in X-Men: Days of Future Past
- Head sculpt with real-like hair sculpture, facial expression, detailed wrinkles, beard, gesture and skin textures
- Approximately 30 cm tall
- Muscular body with over 30 points of articulations
- Three (3) pairs of interchangeable palms including:
- One (1) pair of fists with metal claws
- One (1) pair of fists
- One (1) pair of relax palms
- Each piece of head sculpt is specially hand-painted

Accessory:
- Figure stand with Wolverine nameplate and the movie logo 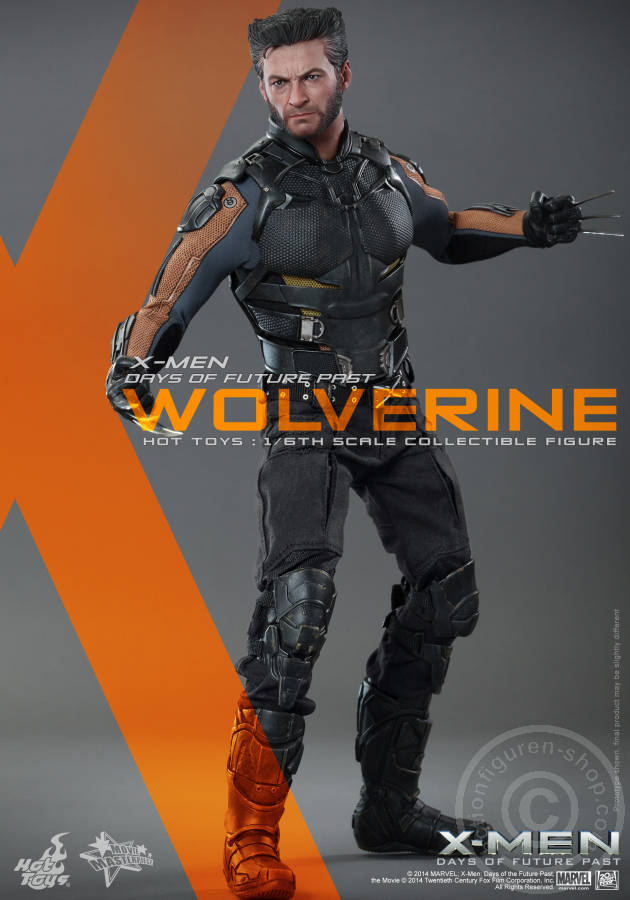 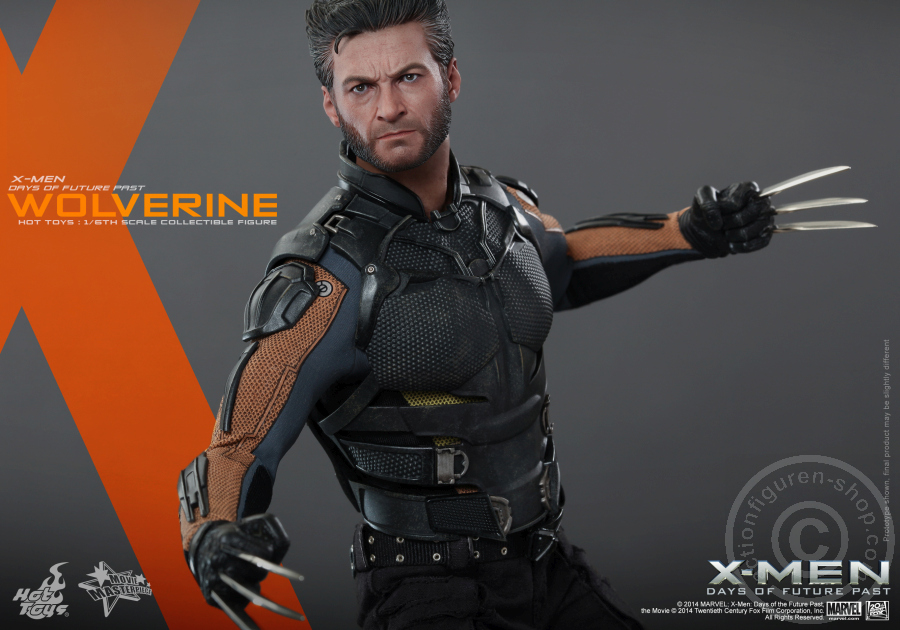 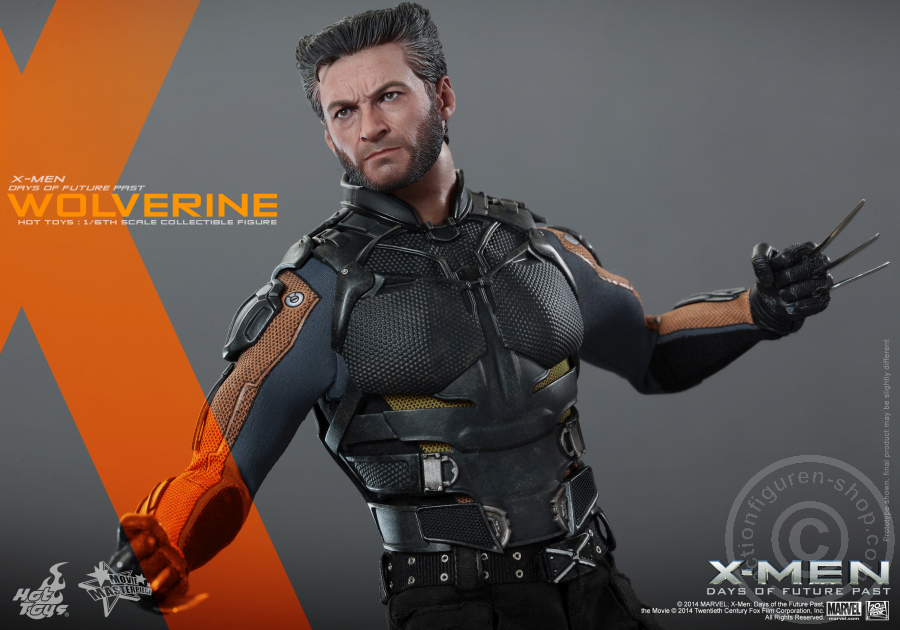 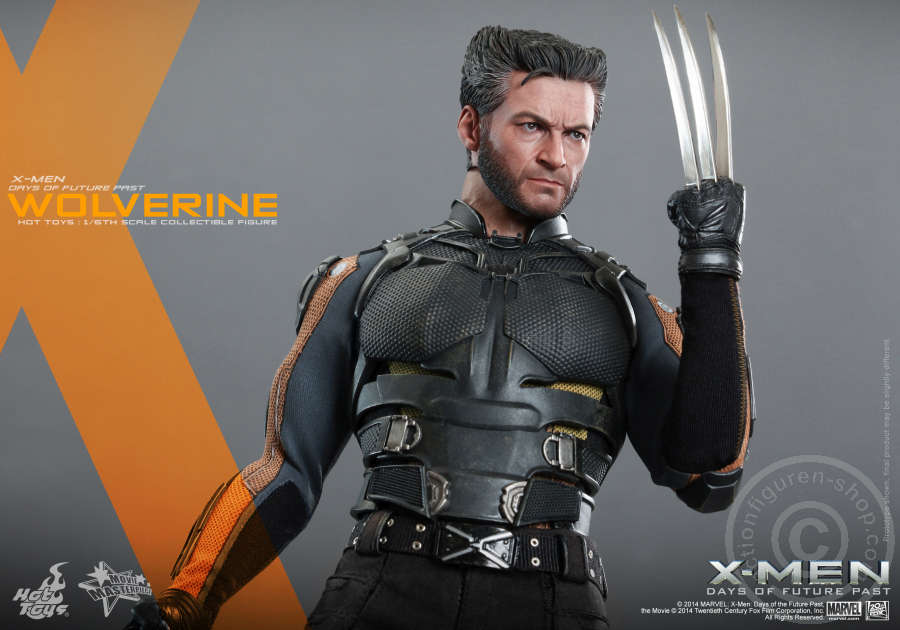 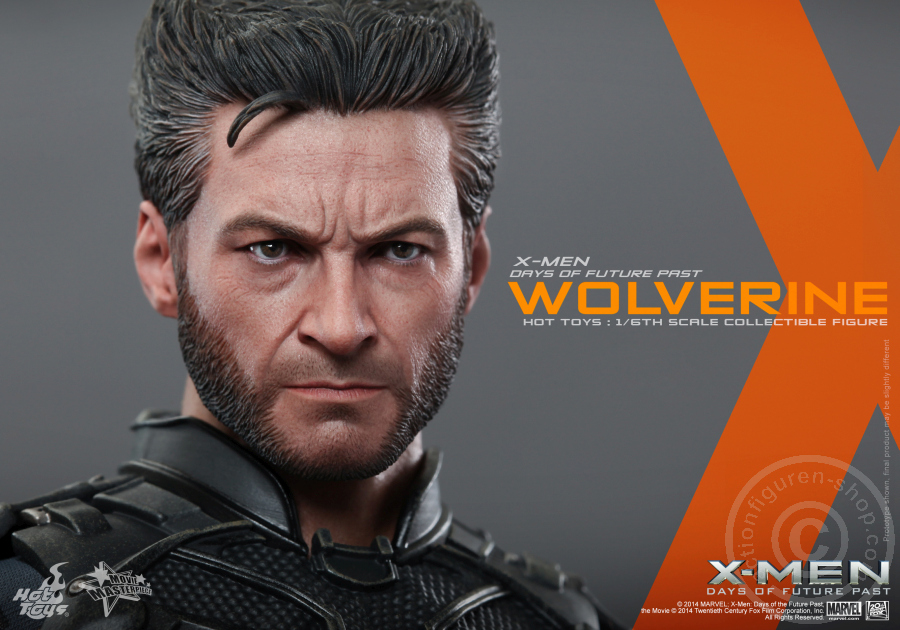 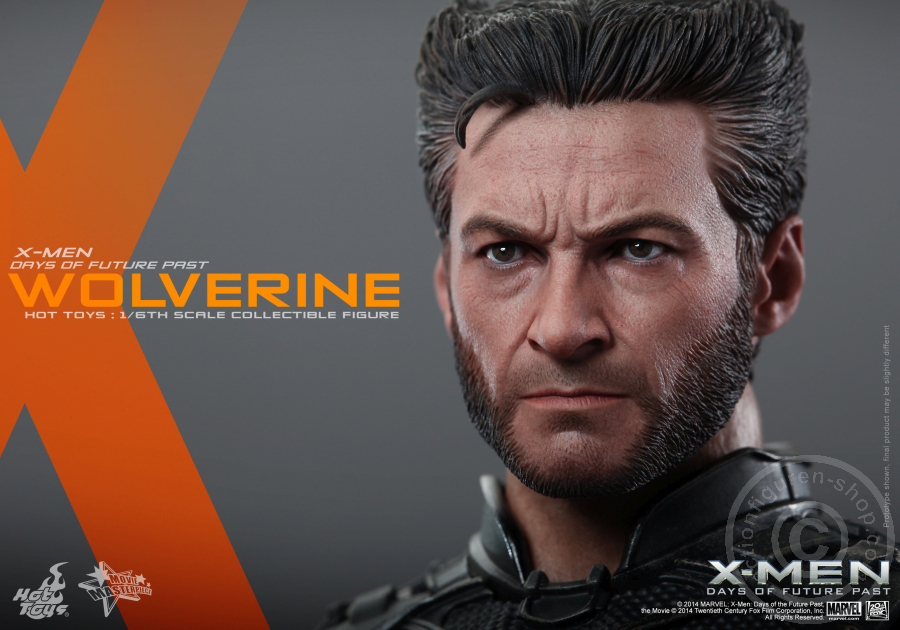 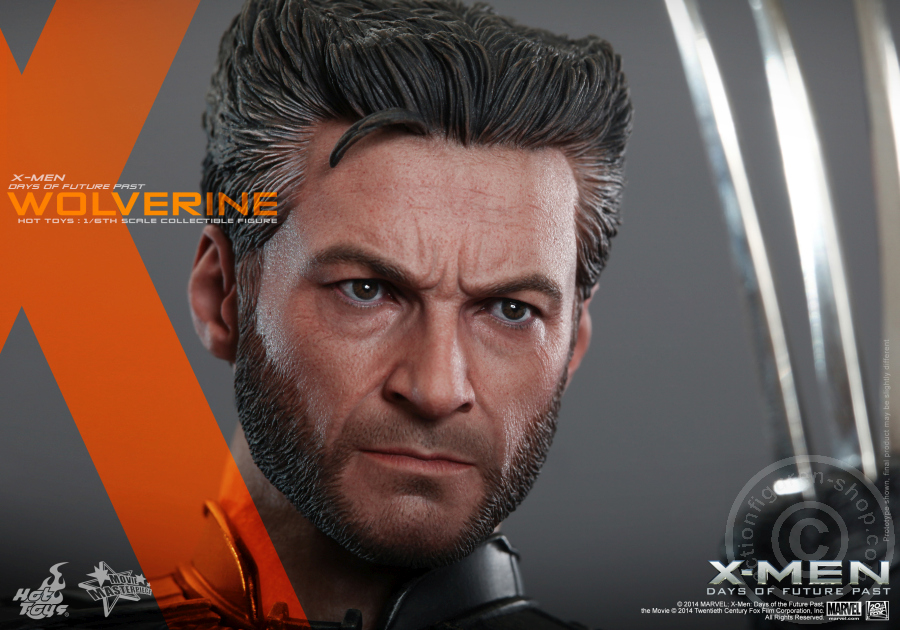 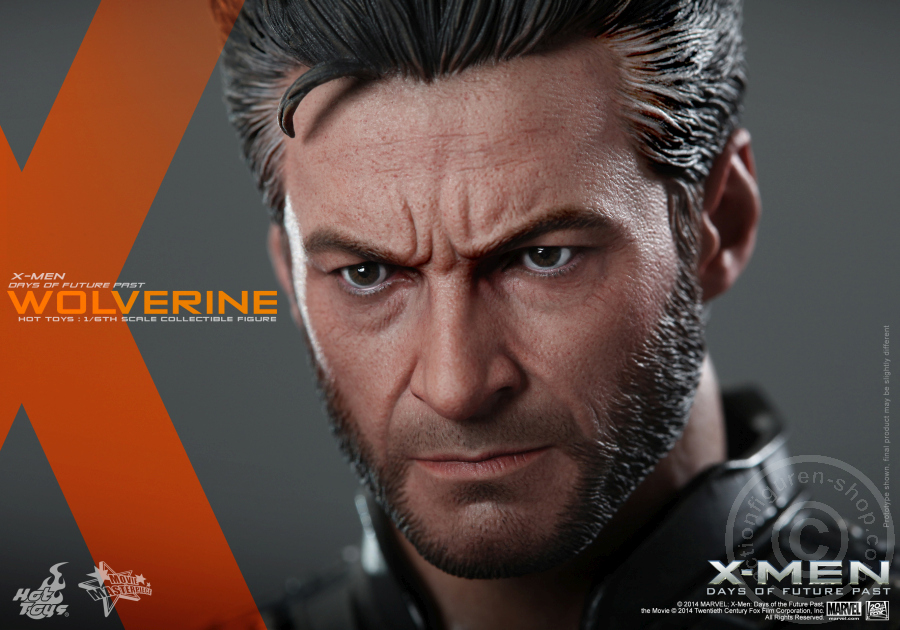 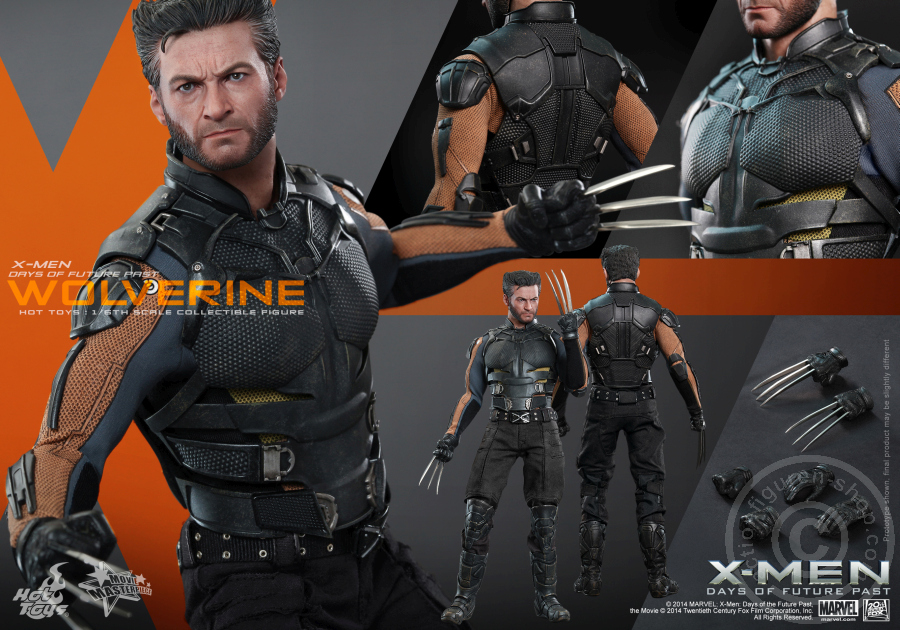 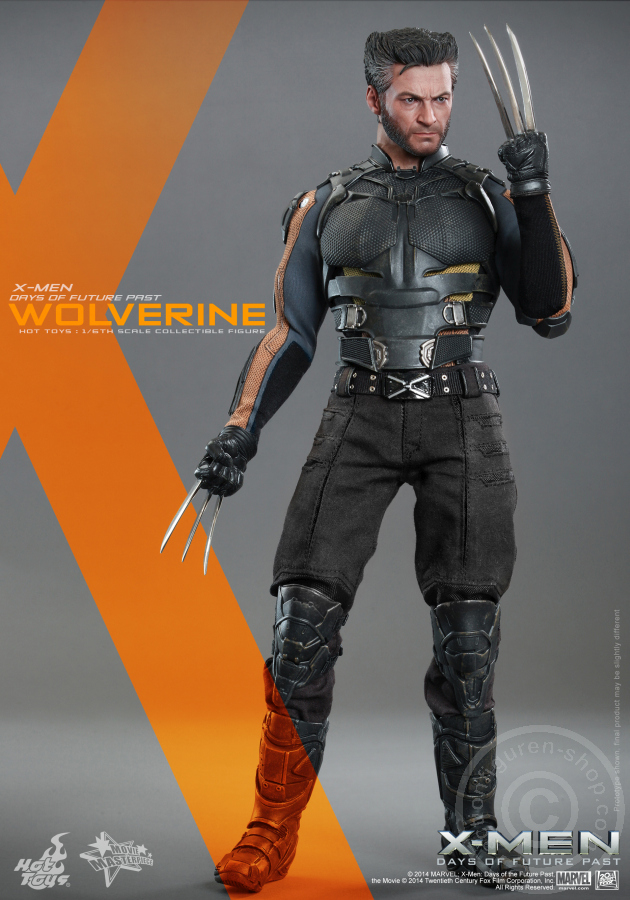 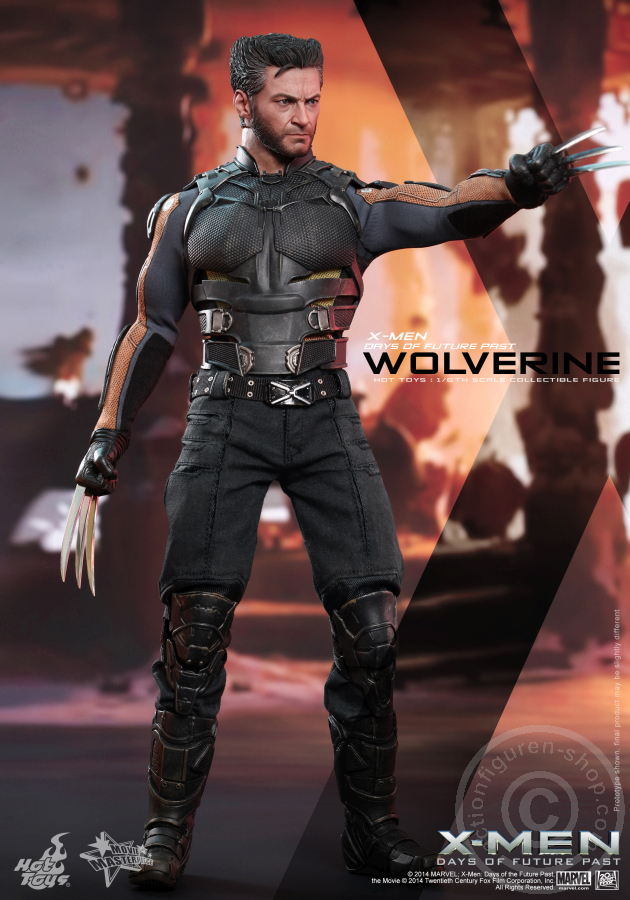 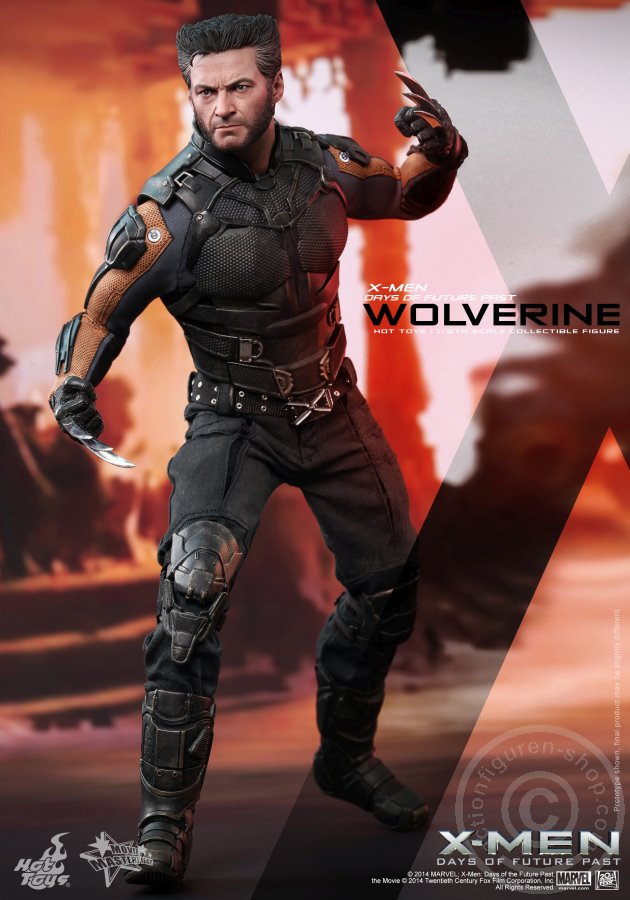 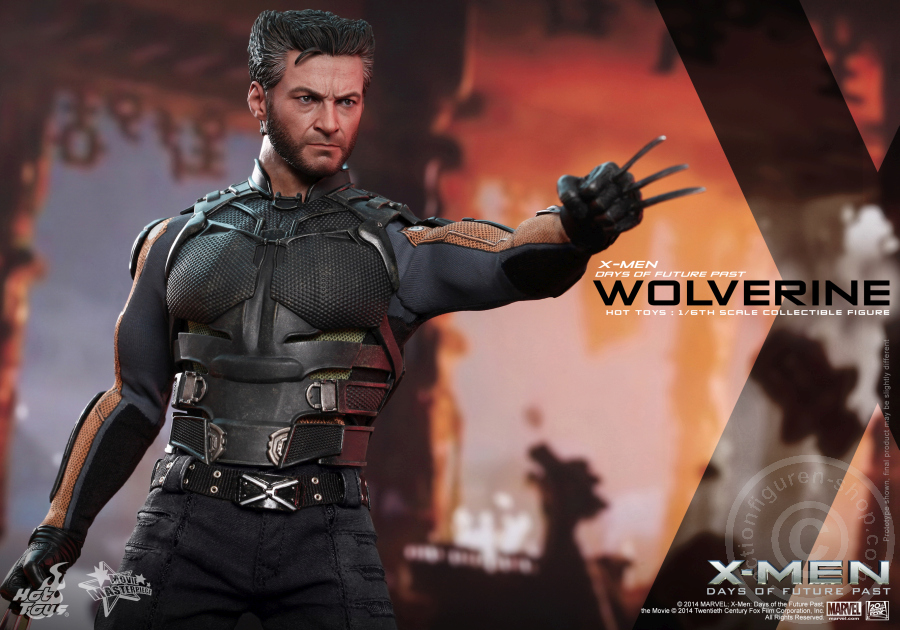 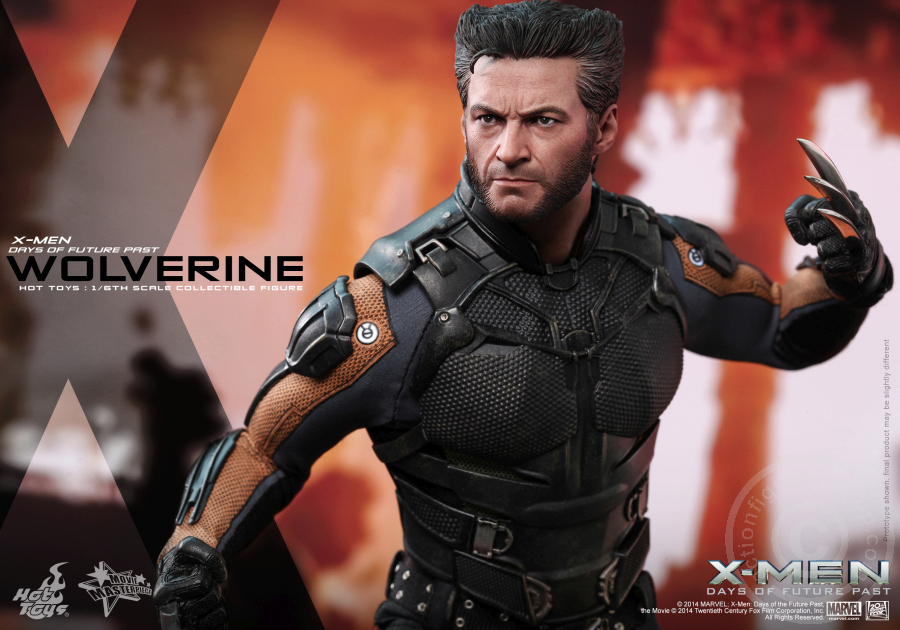 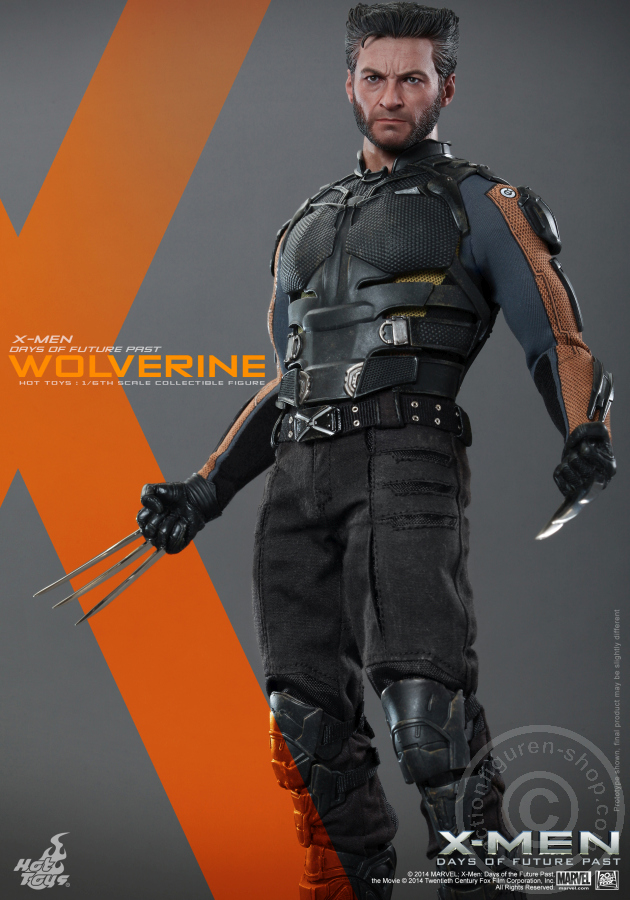 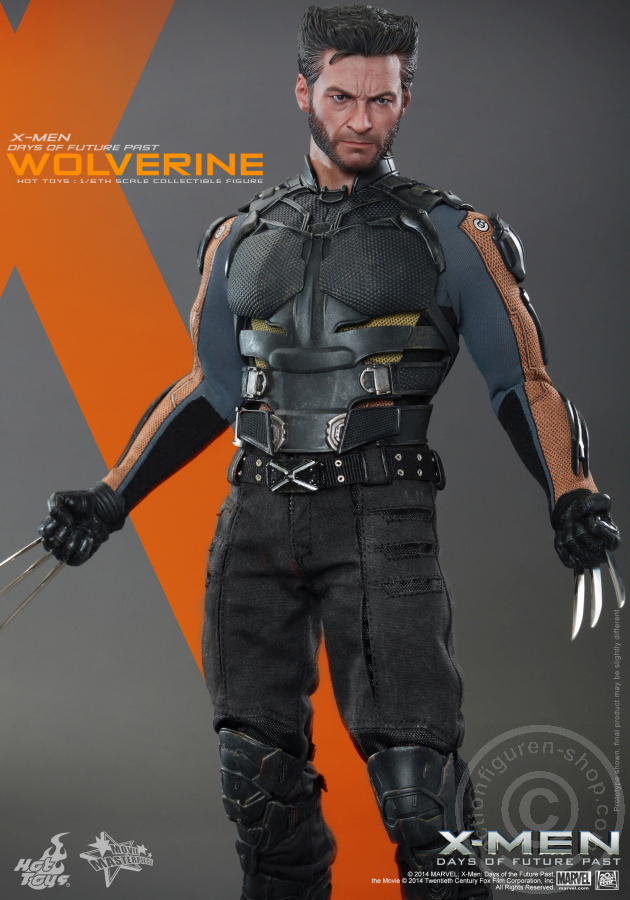 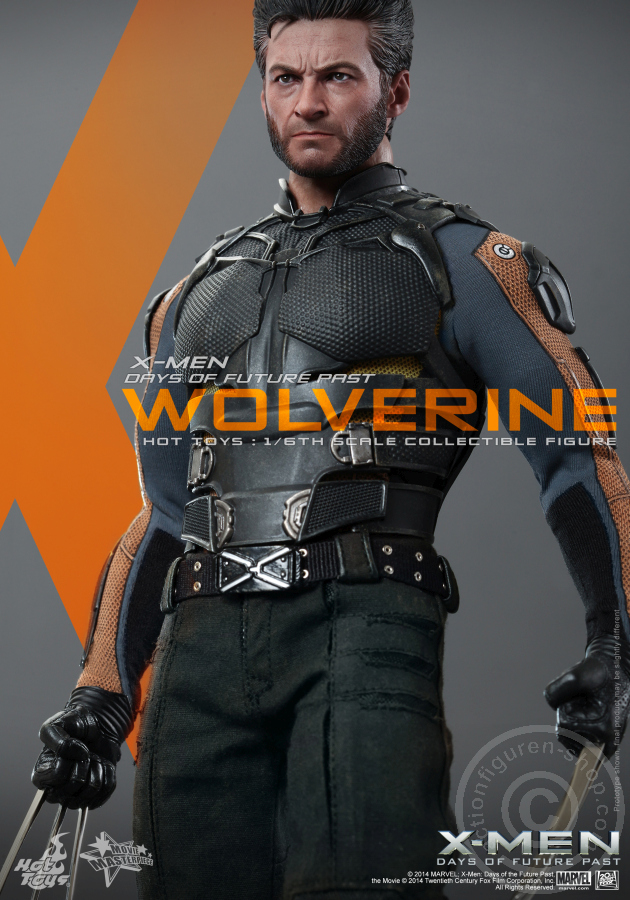