Uesugi Kenshin (February 18, 1530 – April 19, 1578) was a daimyō who was born as Nagao Kagetora of the Nagao clan, and after adoption into the Uesugi clan, ruled Echigo Province in the Sengoku period of Japan. He was one of the most powerful daimyōs of the Sengoku period. Known as the "Dragon of Echigo", while chiefly remembered for his prowess on the battlefield, Kenshin is also regarded as an extremely skillful administrator who fostered the growth of local industries and trade and his rule saw a marked rise in the standard of living of Echigo.(C) Wikipedia

* The suit of armor is built of manually-attched sheets, 100% metal-made, incuding copper parts

* The edges of swords are made by stainless steel

* Pictures shown are of protoypes, from which adjustments may be taken in final products

- One (1) pair of black trousers with white squares

- One (1) pair of red shoulder armors 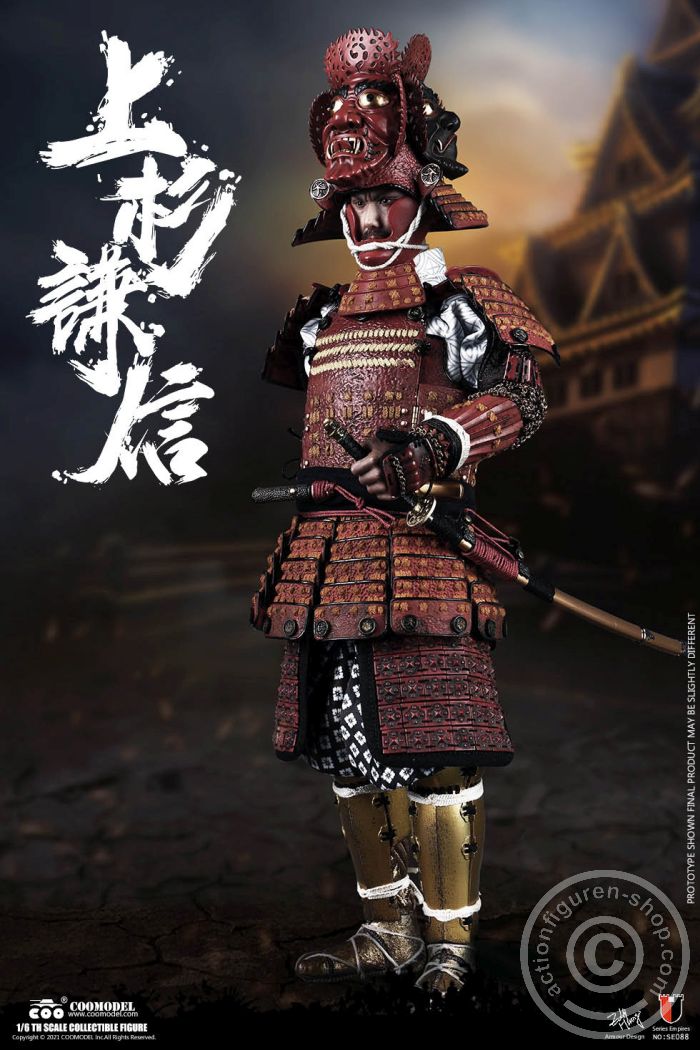 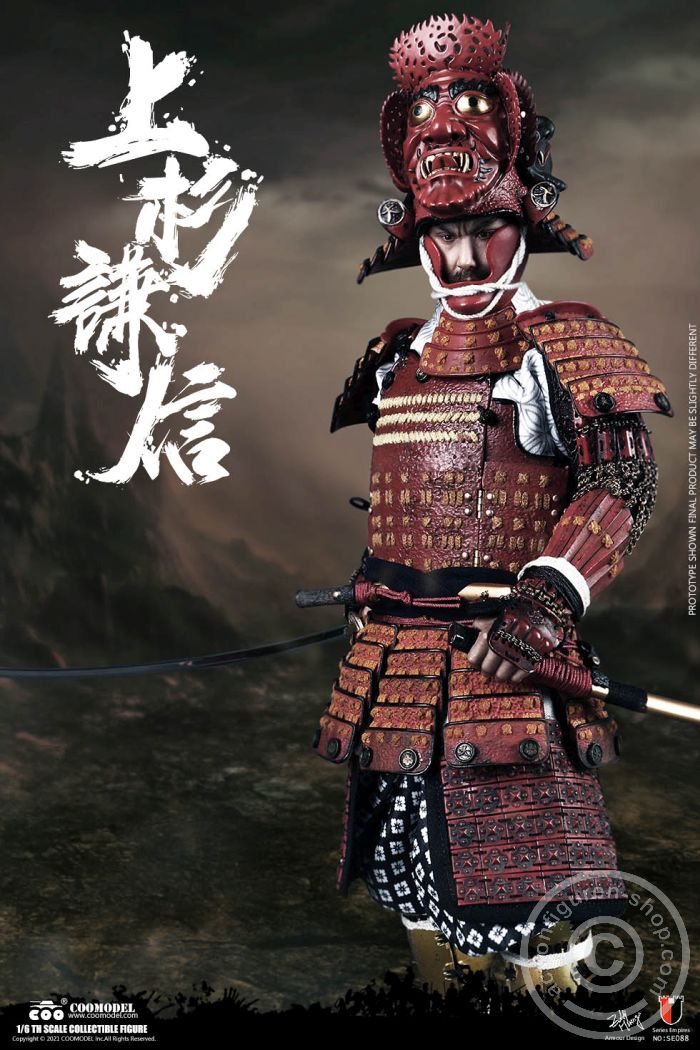 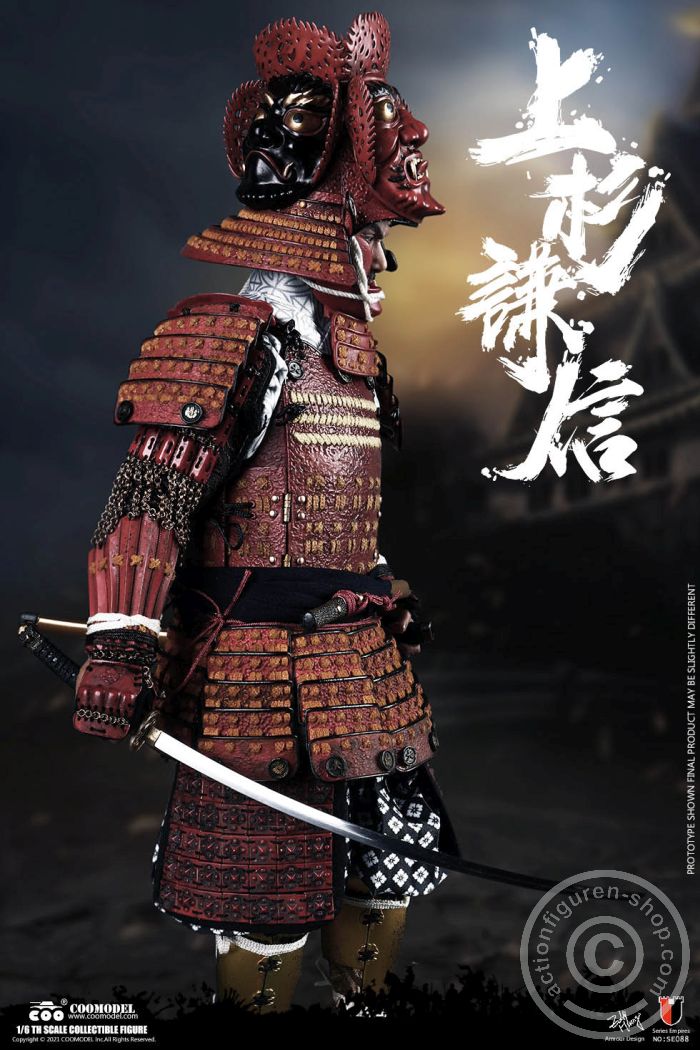 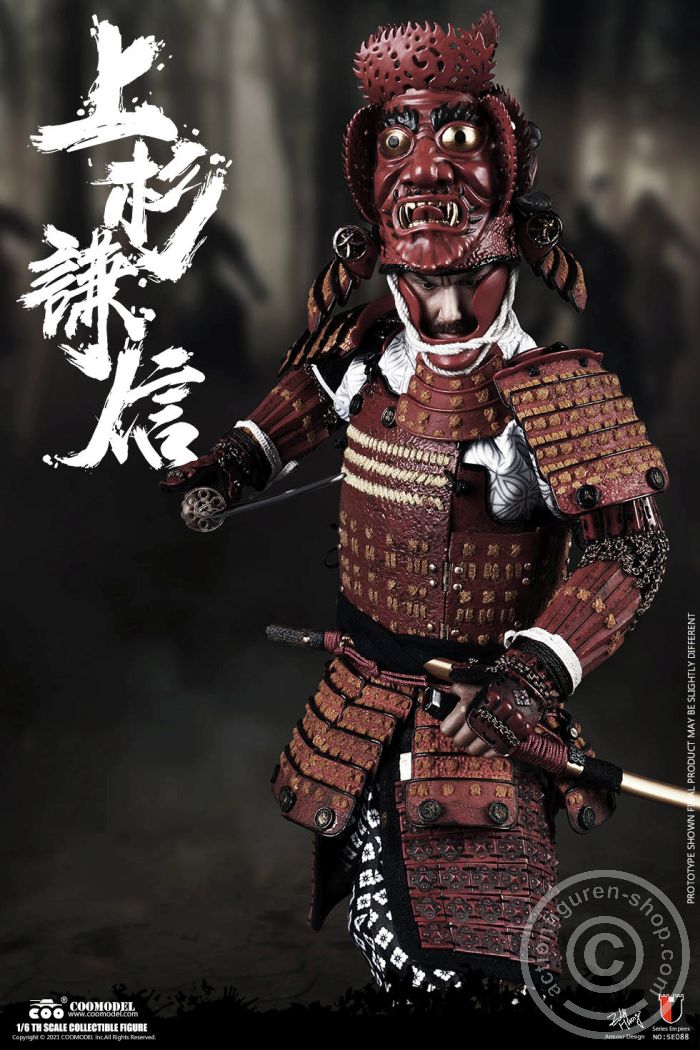 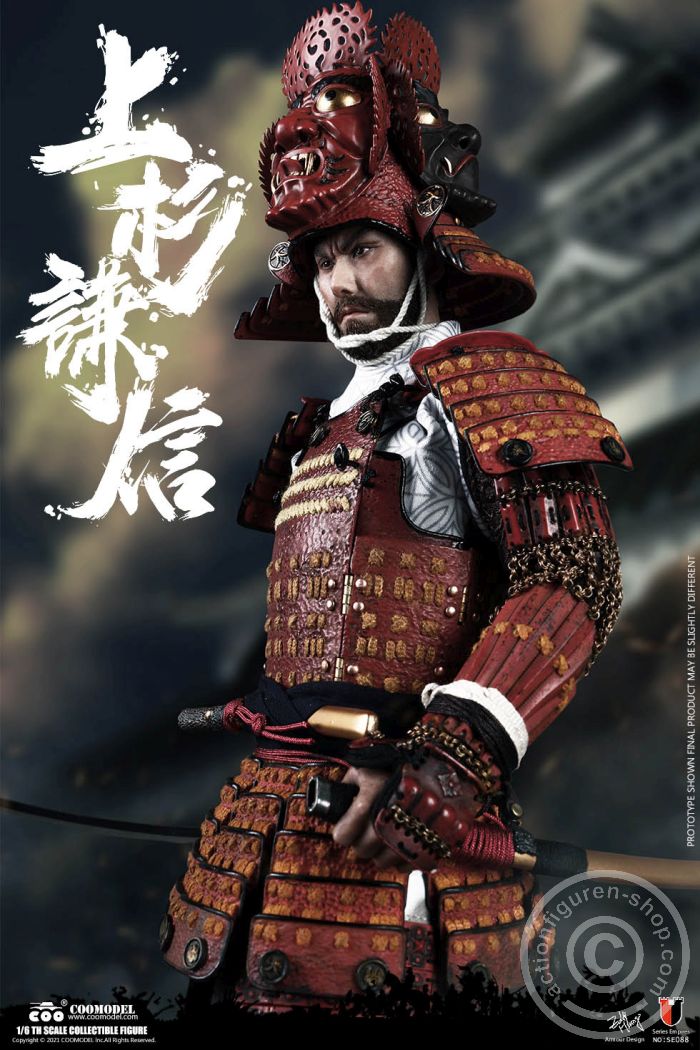 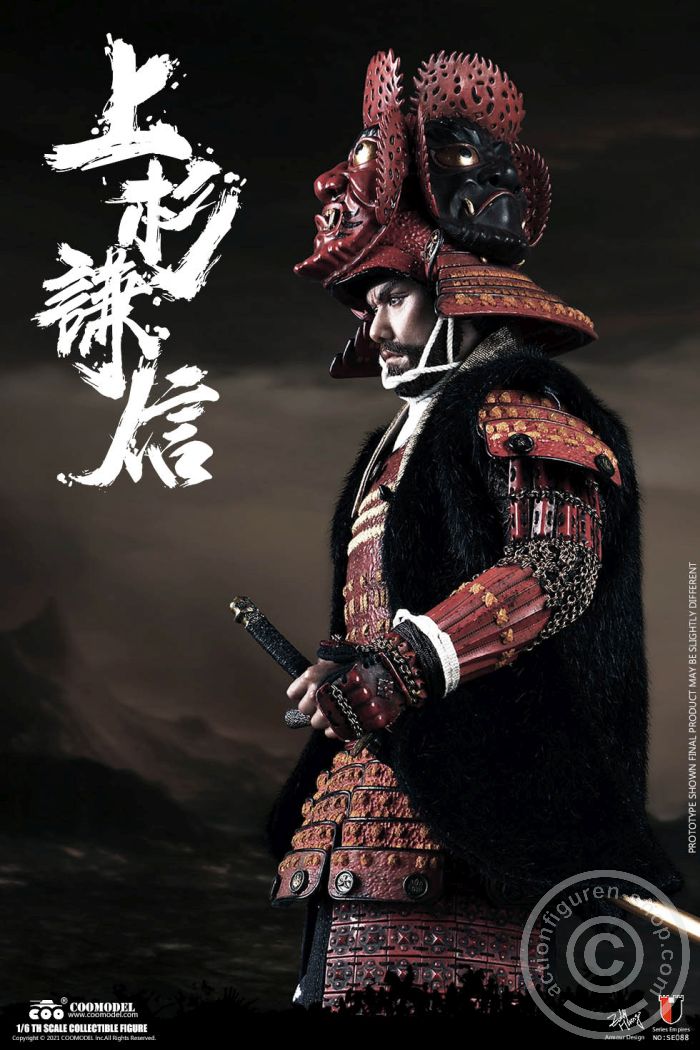 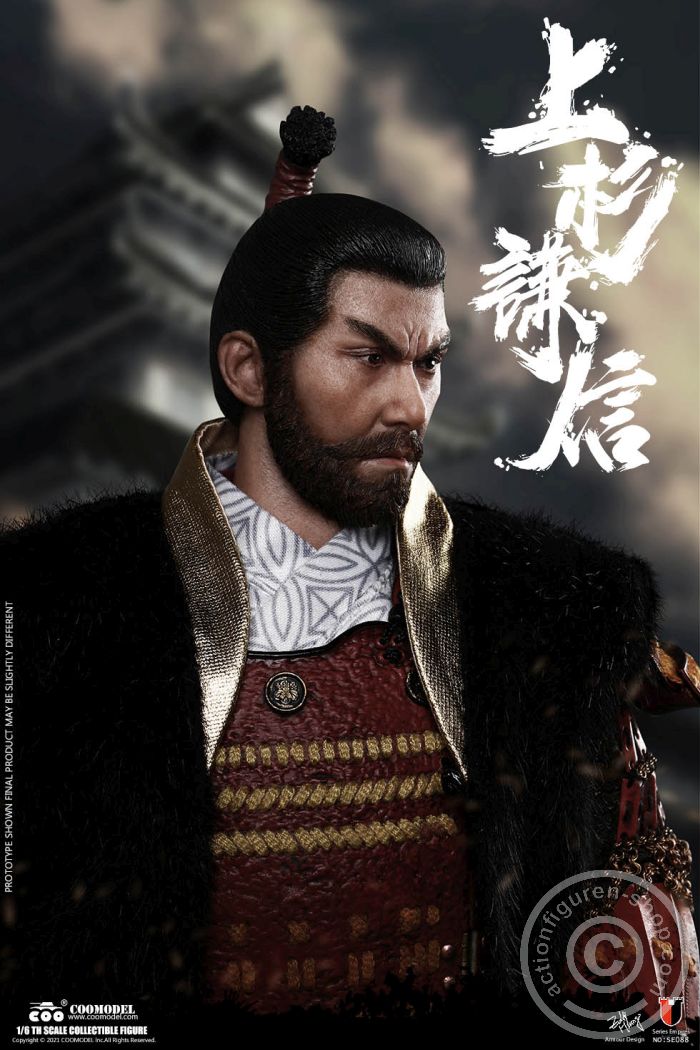 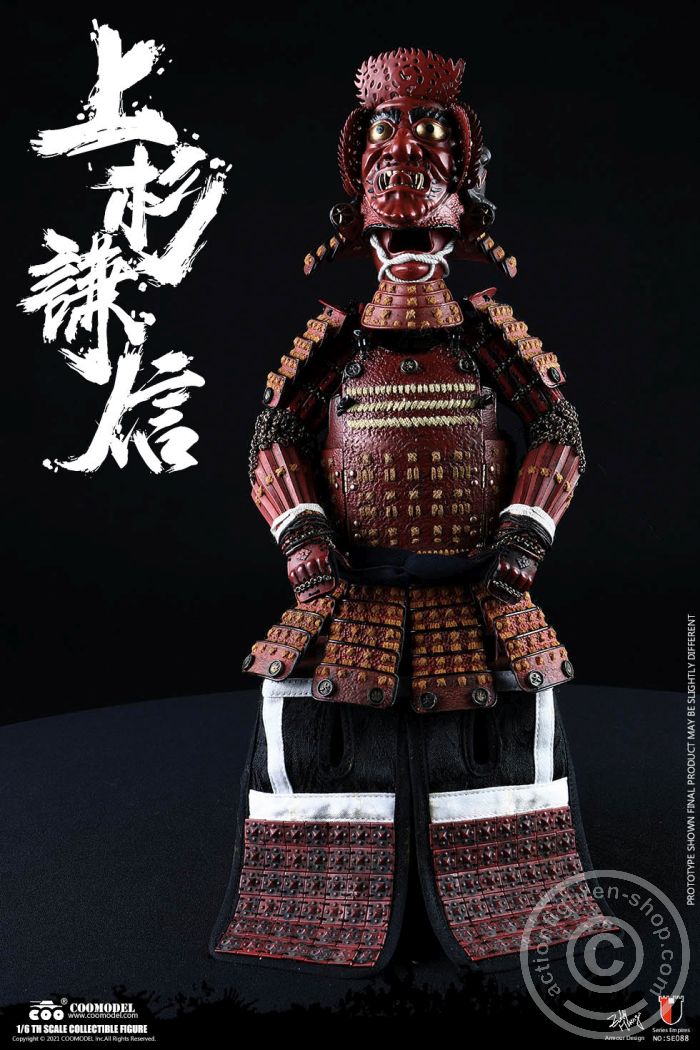 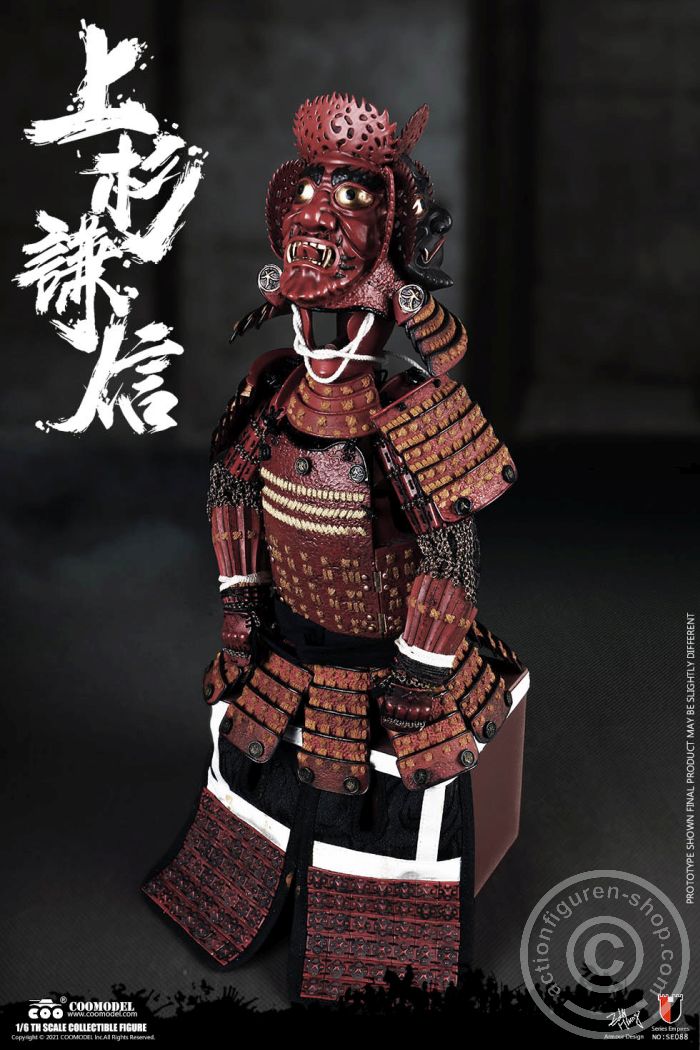 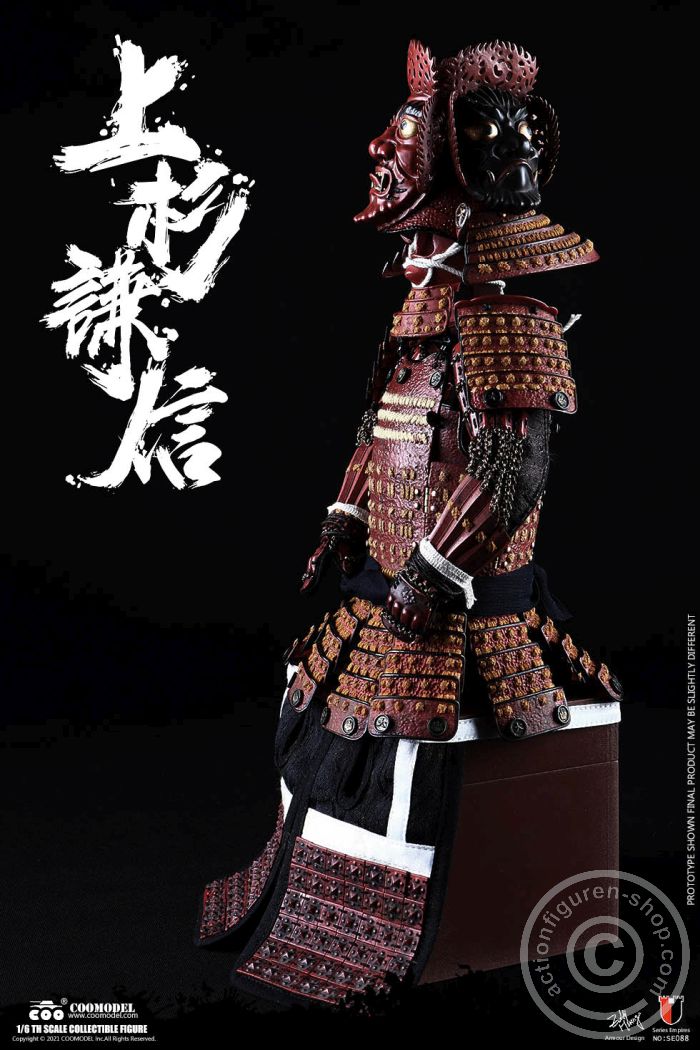 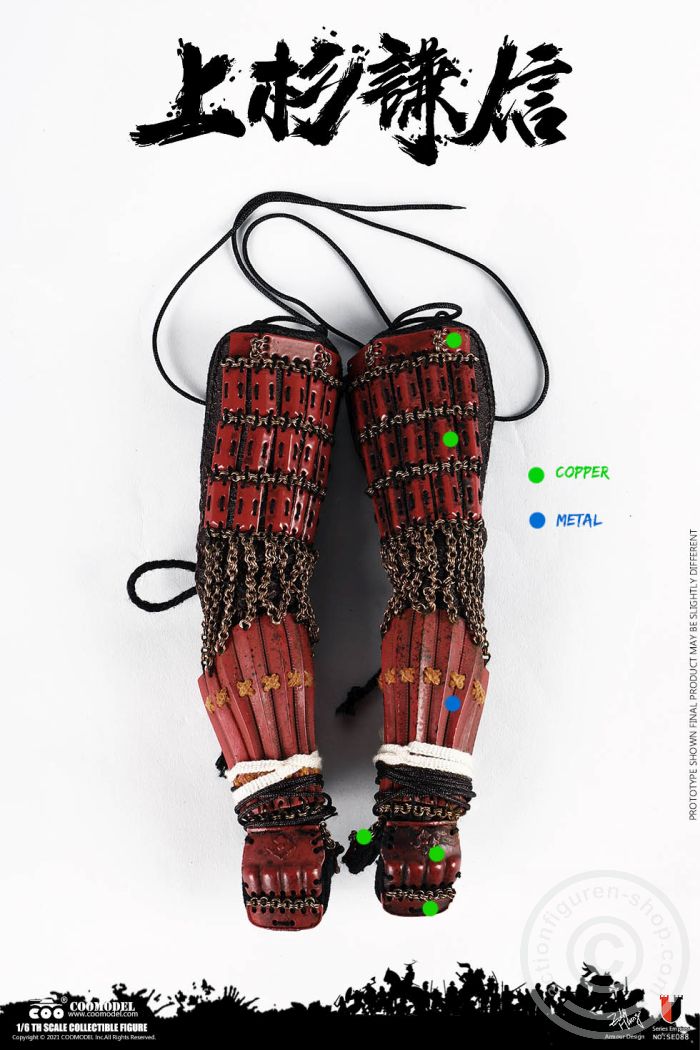 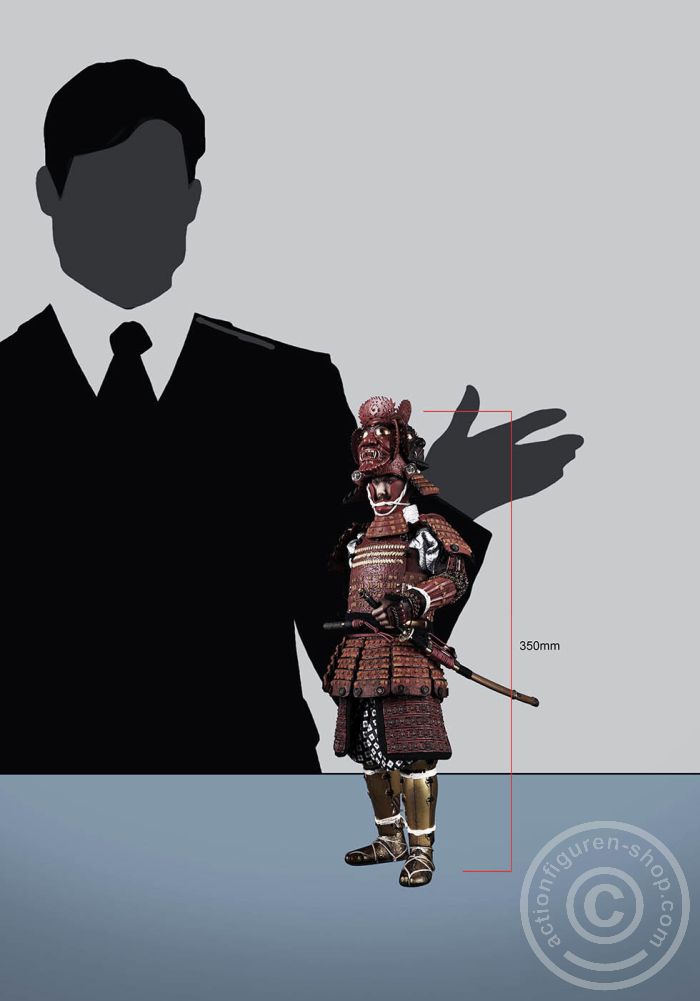 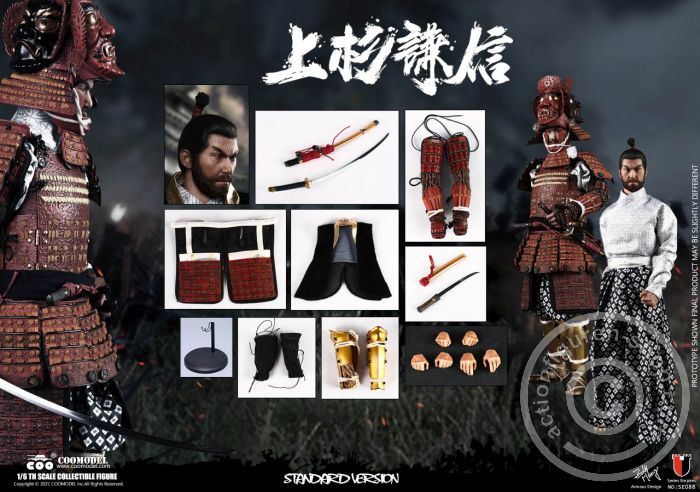 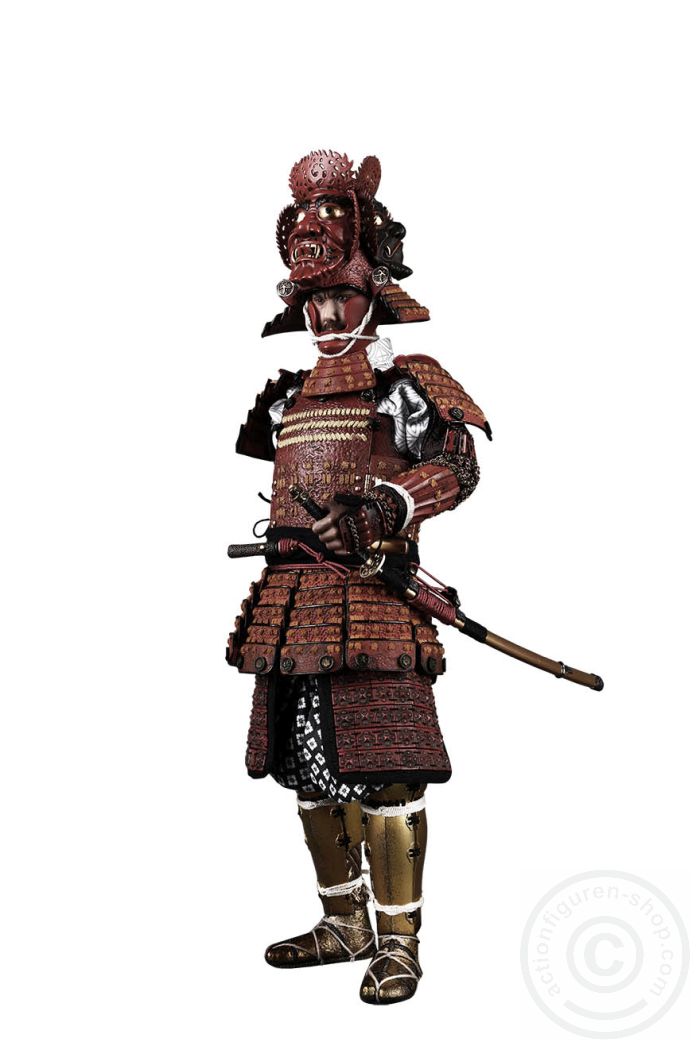