This year marks the 40th anniversary of Star Wars: The Empire Strikes Back™, an iconic film that has captivated audiences worldwide for decades with its story and characters. In 1979, before the landmark film had even hit theaters, references to the mysterious character Boba Fett™ based on early costume tests and coloration were revealed. So began the legendary status among the fandom surrounding the legendary bounty hunter who instantly became a favorite of many after witnessing him in the groundbreaking film!

Hot Toys is celebrating Star Wars: The Empire Strikes Back 40th anniversary with a throwback visual approach for this exciting collection. To kick off this collection, we’re pleased to introduce the 1/6th scale Boba Fett (Vintage Color Version) Collectible Figure featuring vibrant colors inspired by classic interpretations and retro style packaging as a special extra only available in select markets!

Celebrate 40 years of Star Wars: The Empire Strikes Back with this Boba Fett (Vintage Color Version) collectible figure in your Star Wars collection.

-       Authentic and detailed likeness of Boba Fett in Star Wars: Episode V The Empire Strikes Back

** Product details are subject to change without further notice 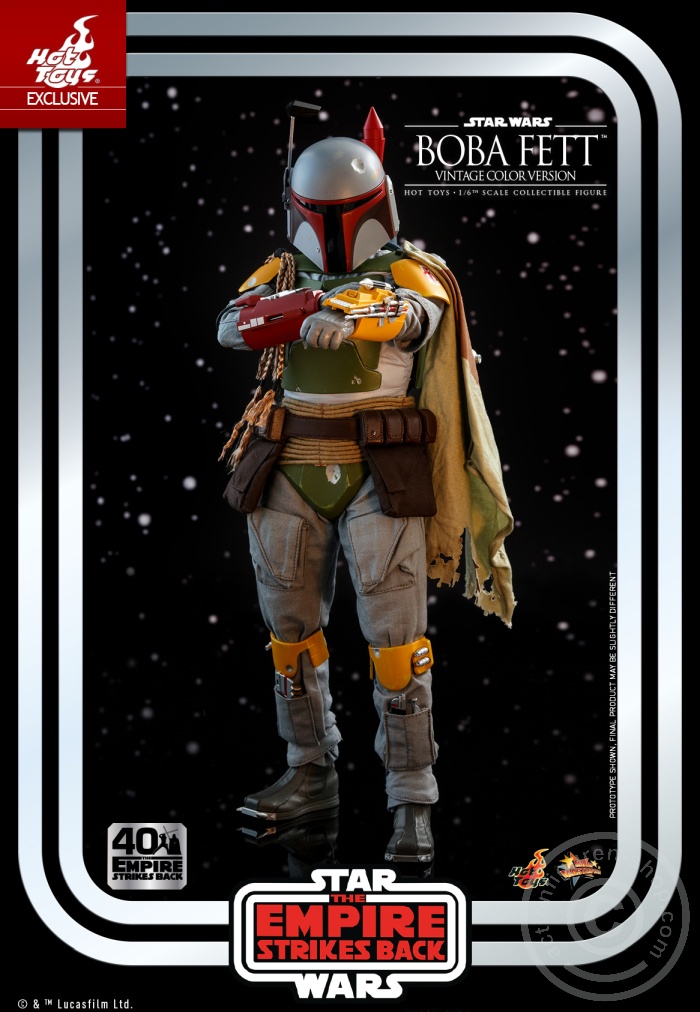 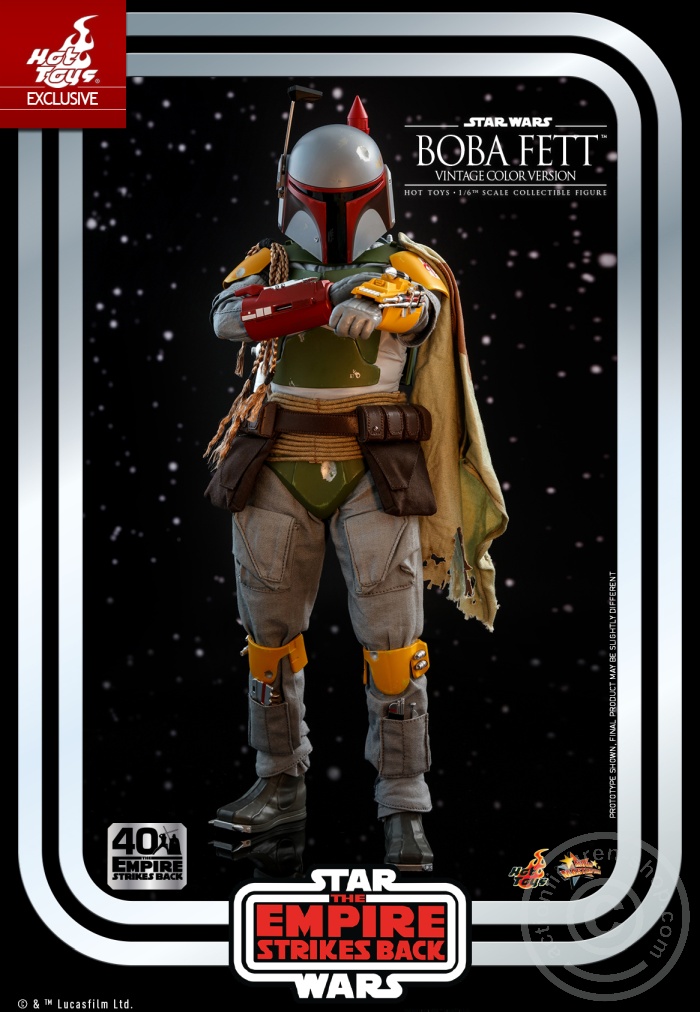 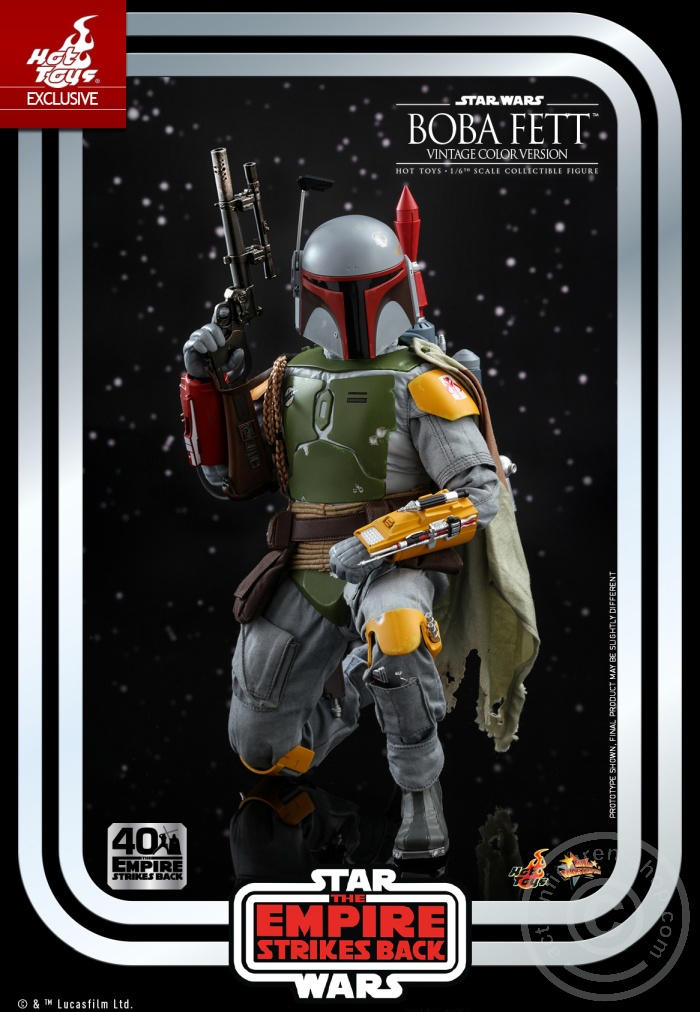 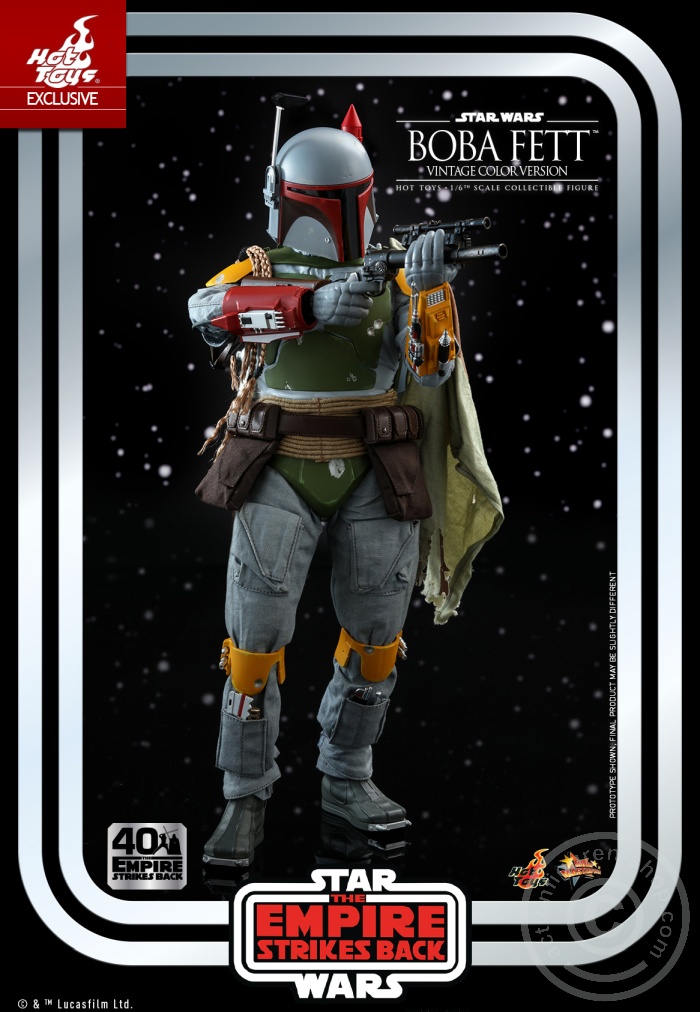 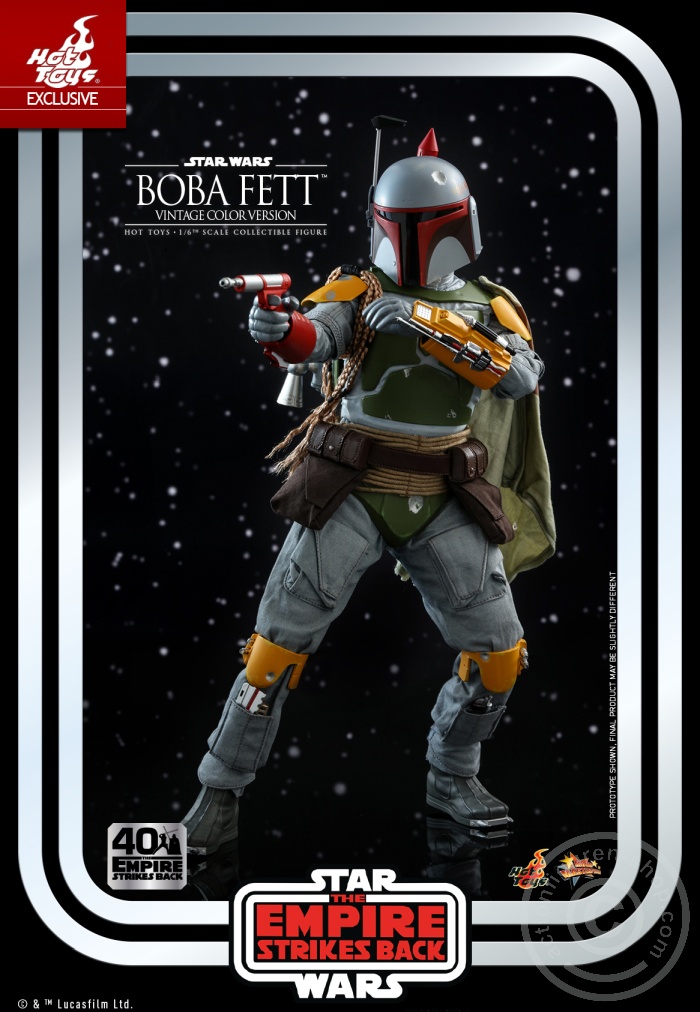 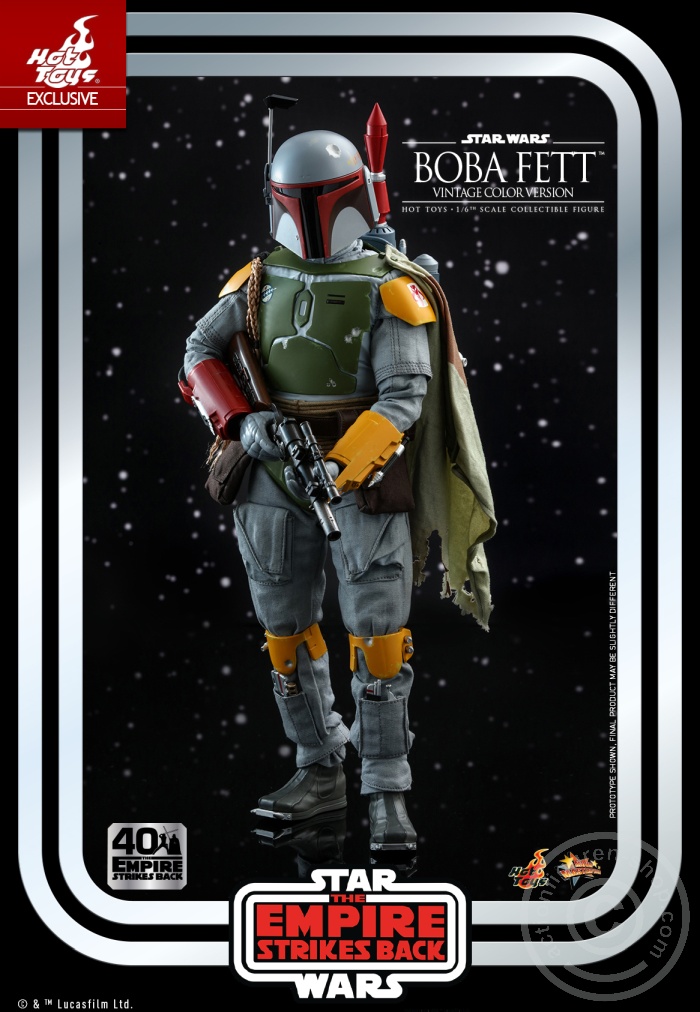 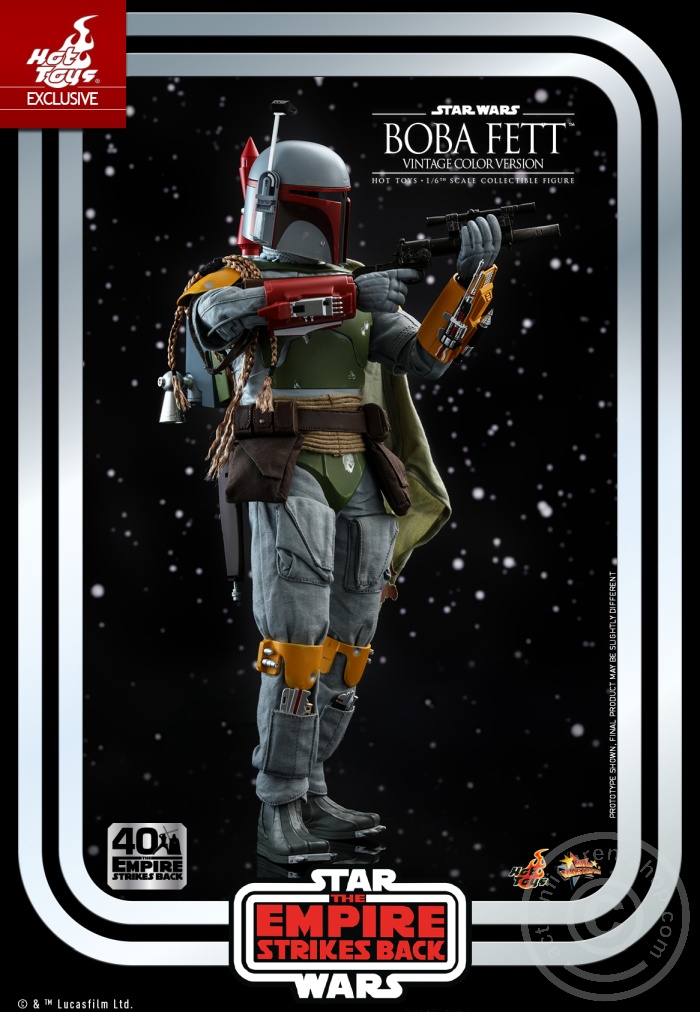 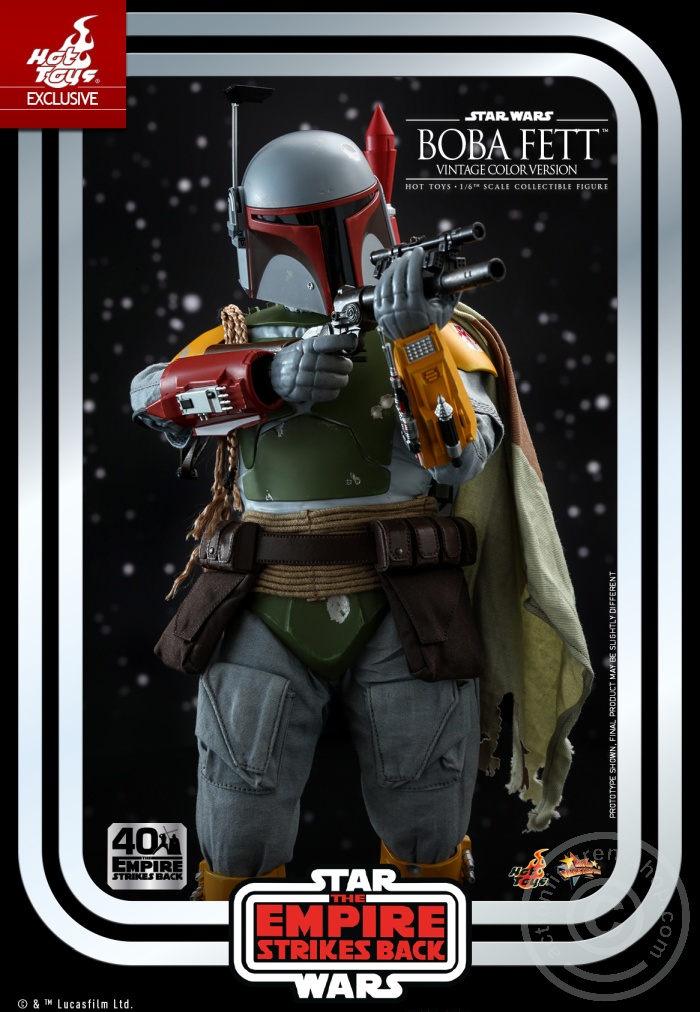 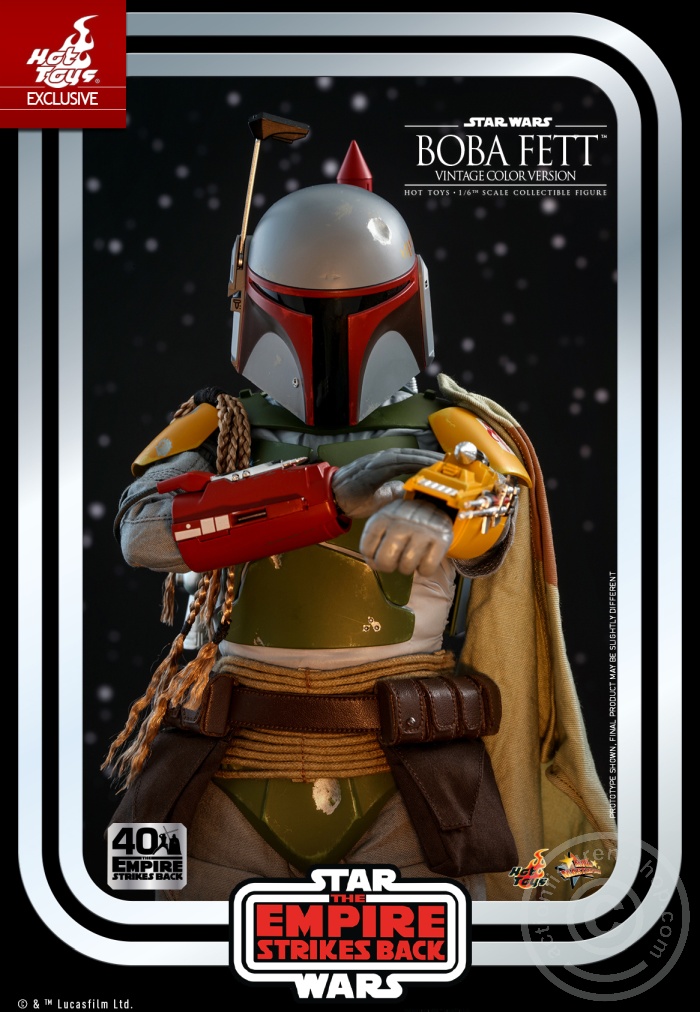 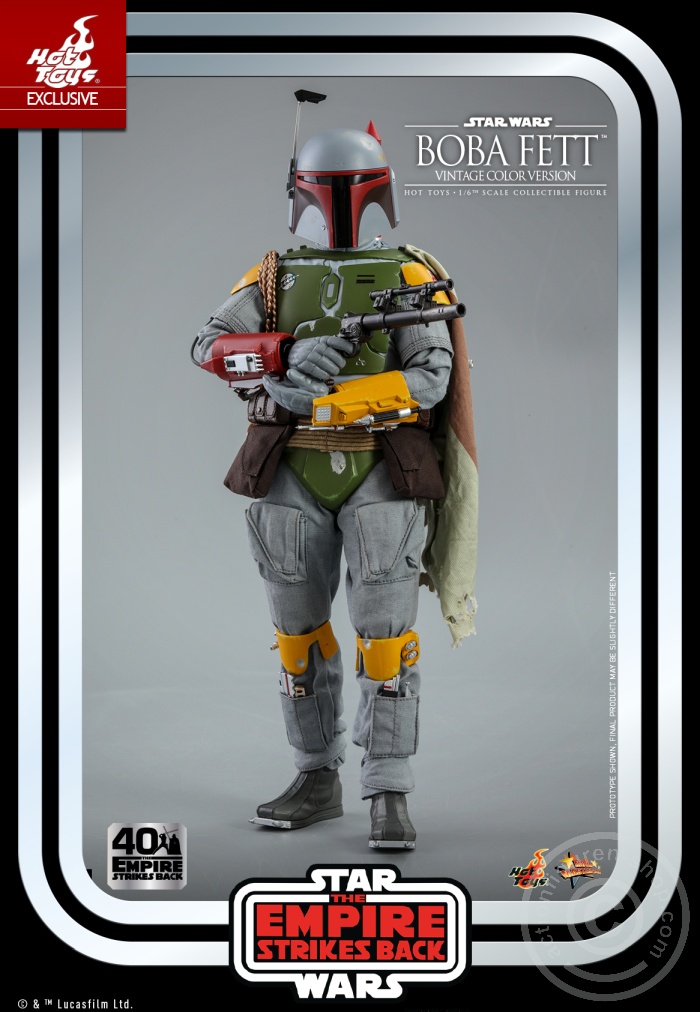 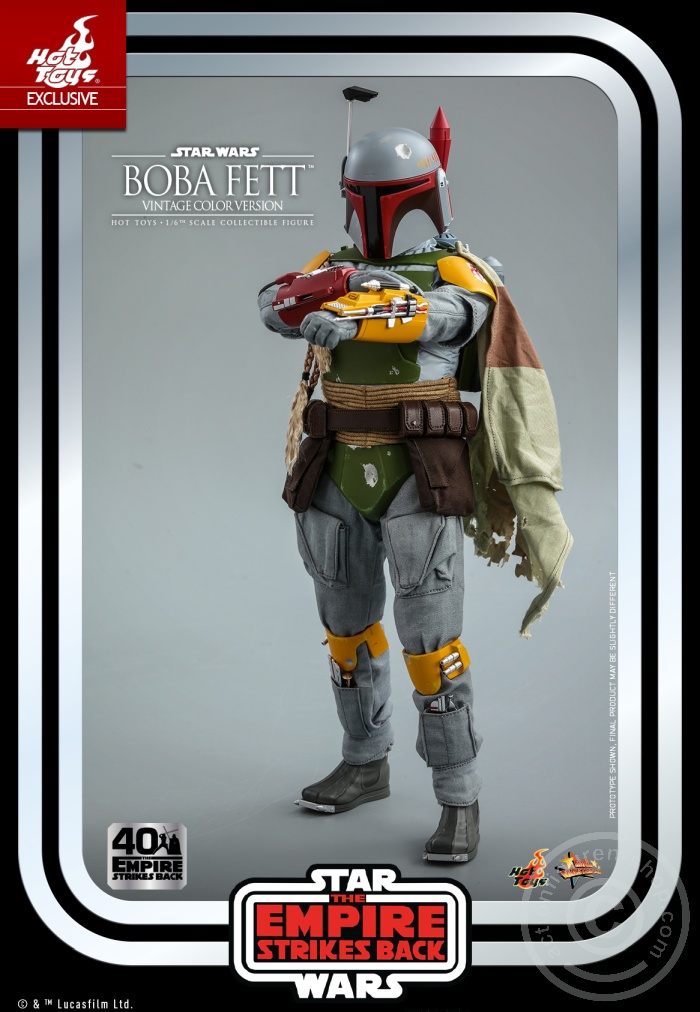 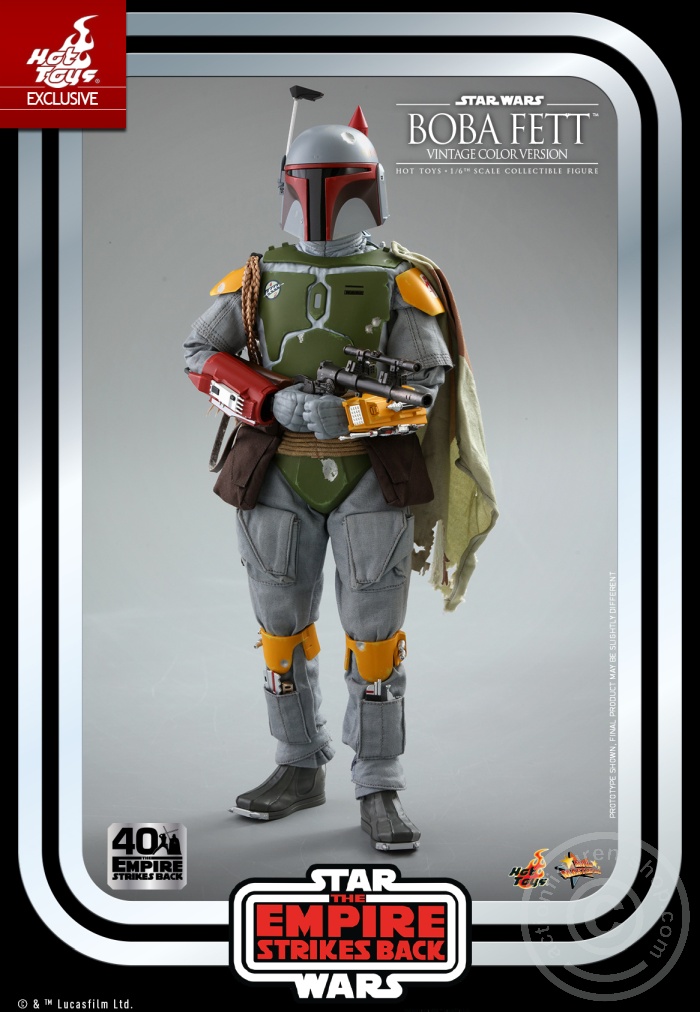 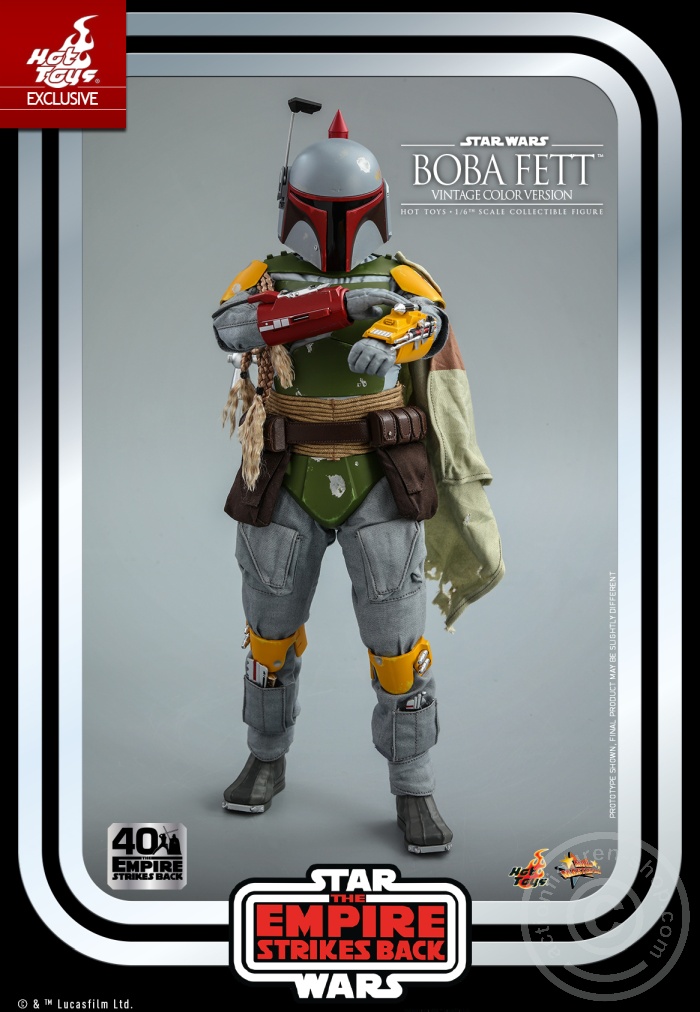 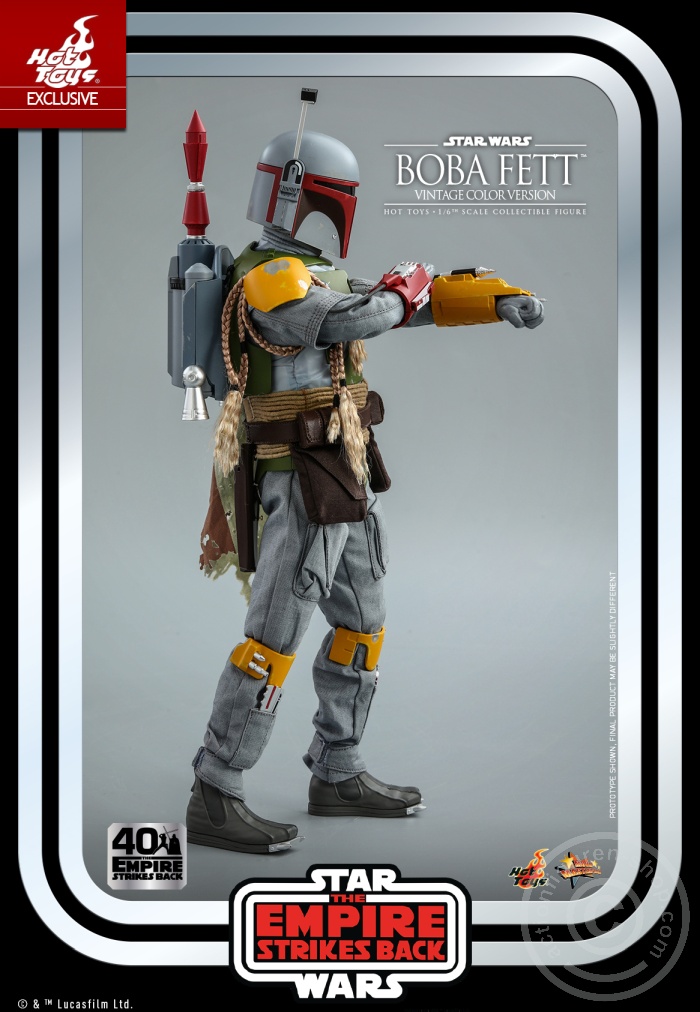 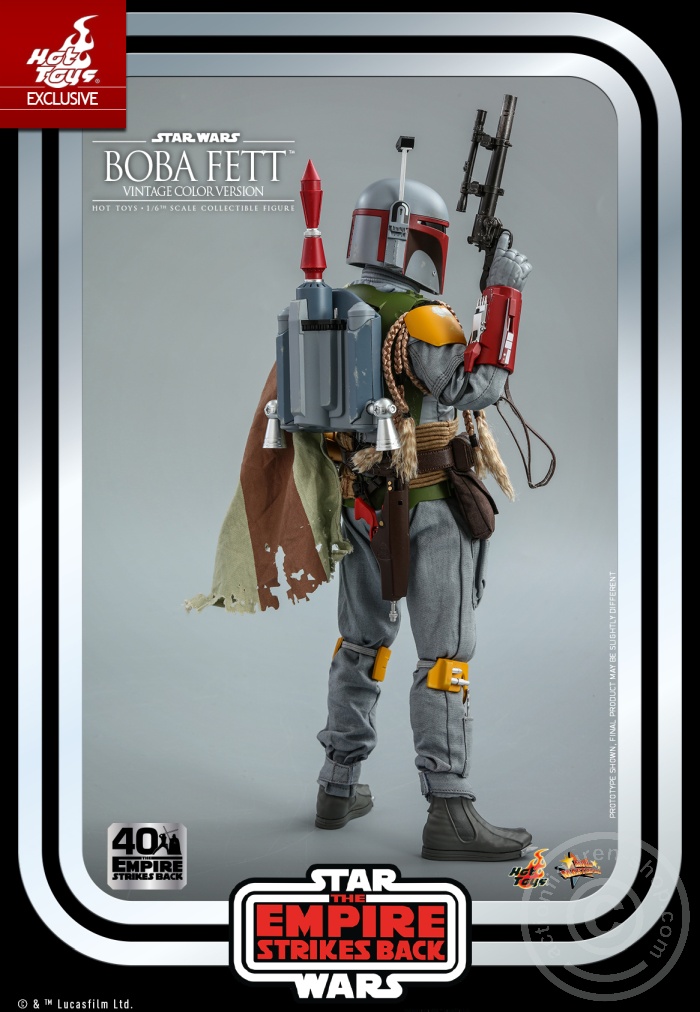 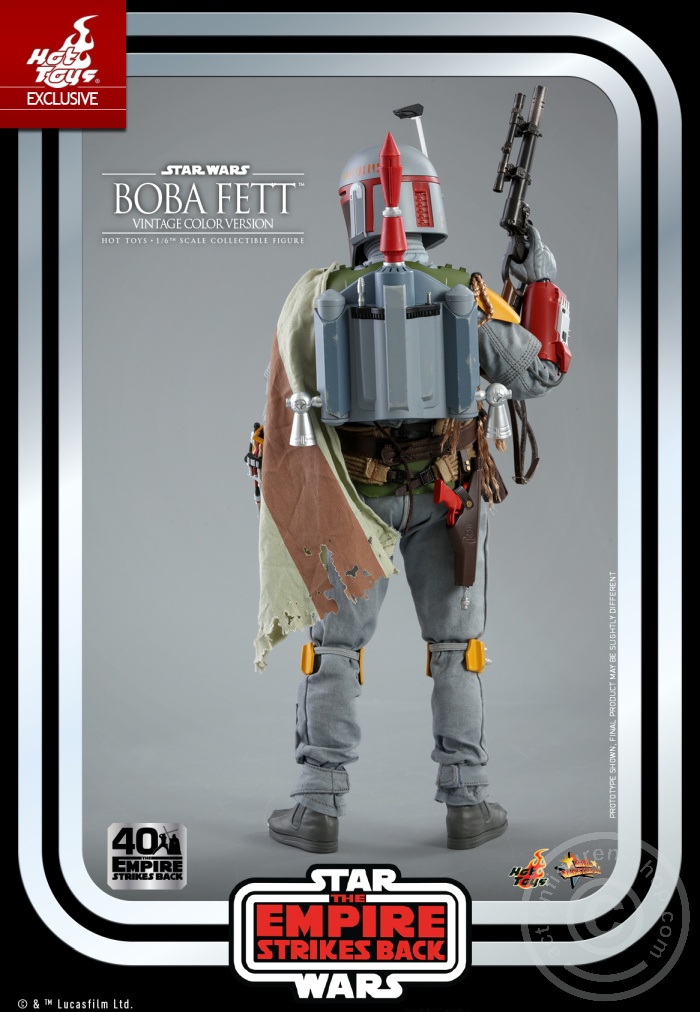 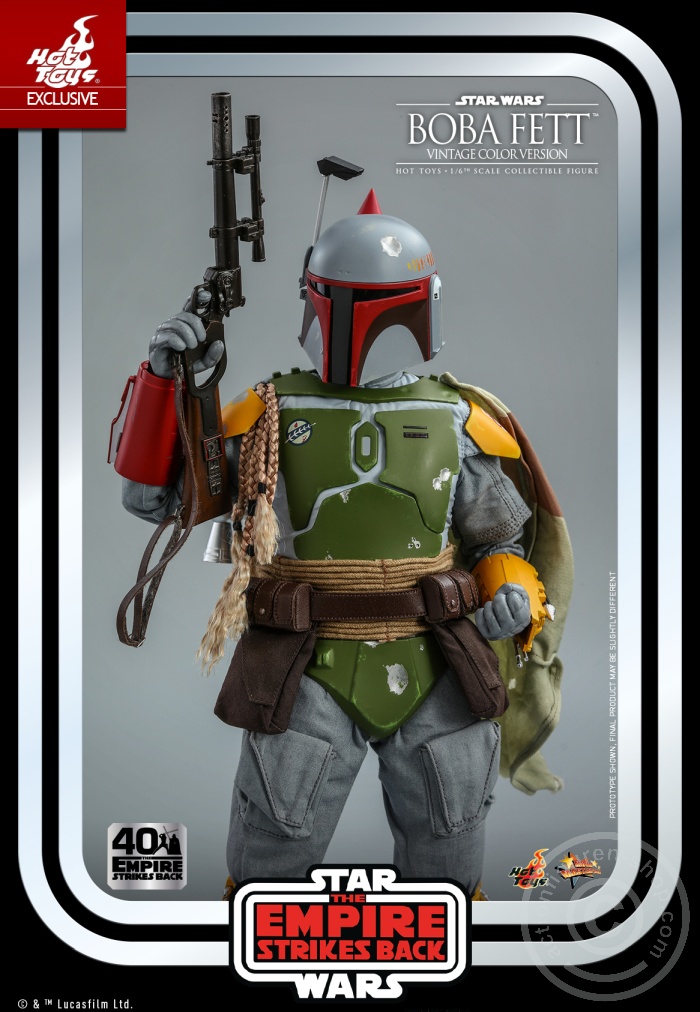 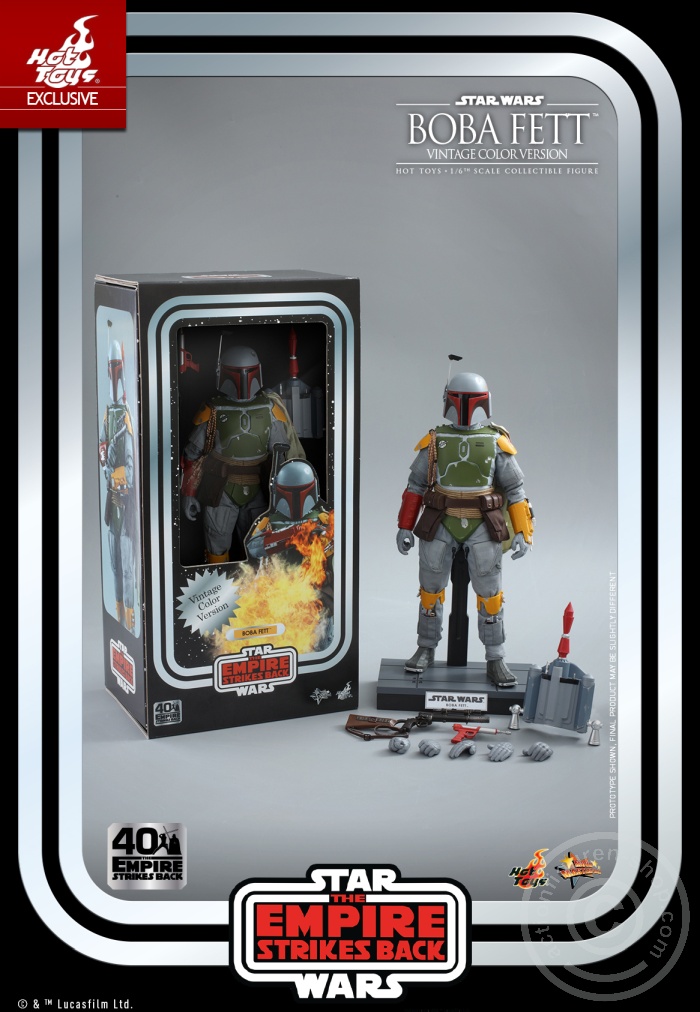 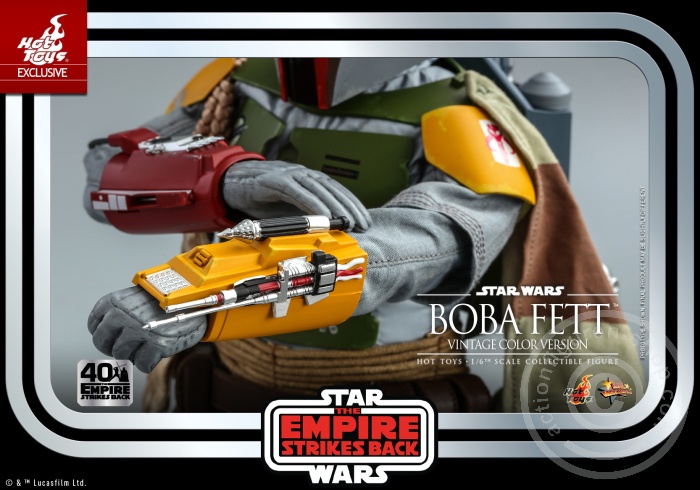 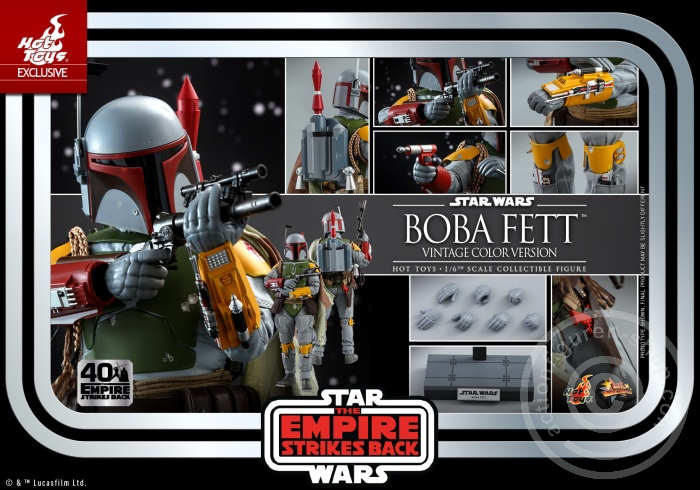