A resourceful astromech droid, R2-D2 served a number of crucial characters in the Star Wars galaxy, showing great bravery in rescuing his masters and their friends from many perils.

Appearing in many memorable scenes in the original Star Wars trilogy with Luke Skywalker and his friends, Artoo is an endearing character and, today, Hot Toys is delighted to present the new 1/6th scale collectible figure of R2-D2 Deluxe Version with many accessories as seen in the original trilogy for fans to recreate the iconic moments from the Star Wars galaxy!

This extraordinary R2-D2 Deluxe Version collectible figure will surely be a welcomed addition to your Star Wars collection!

-   Twelve (12) pieces of arms (some equipped with magnetic function): 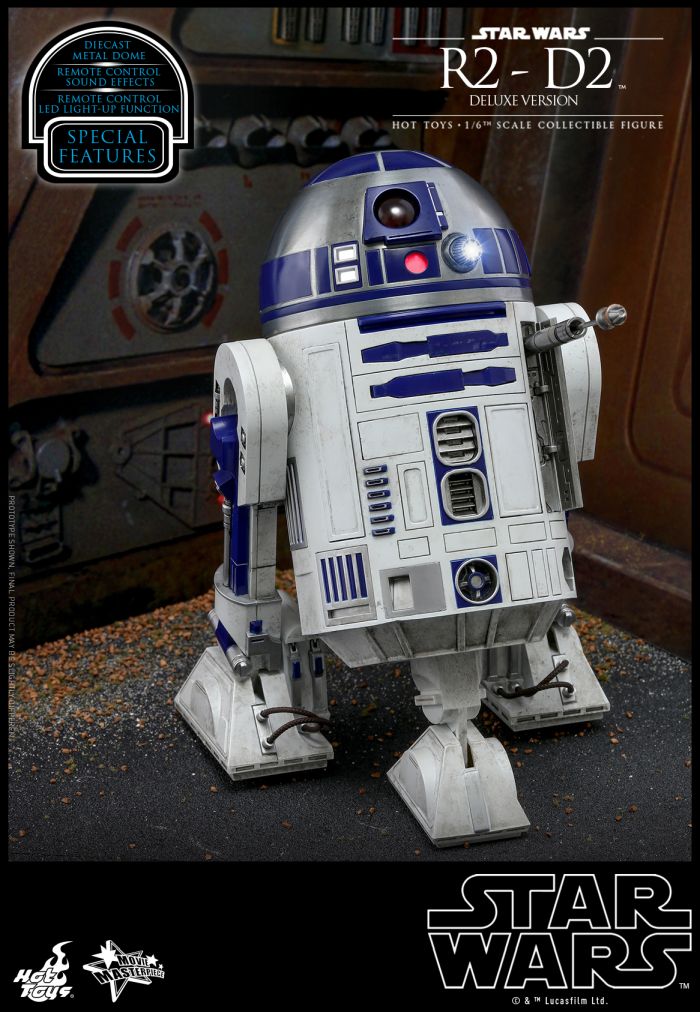 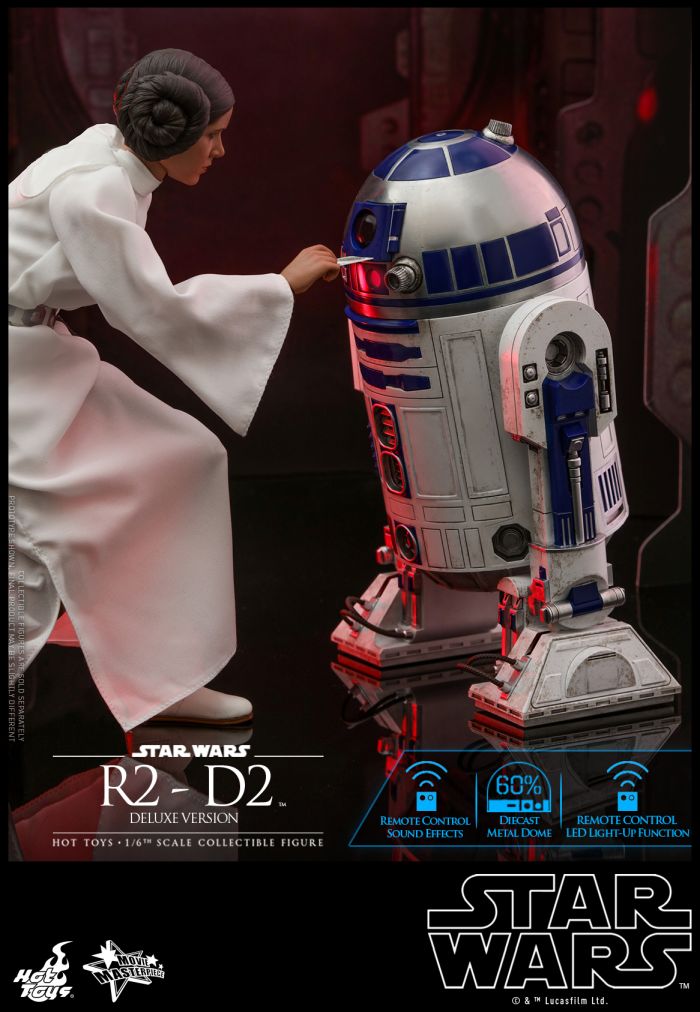 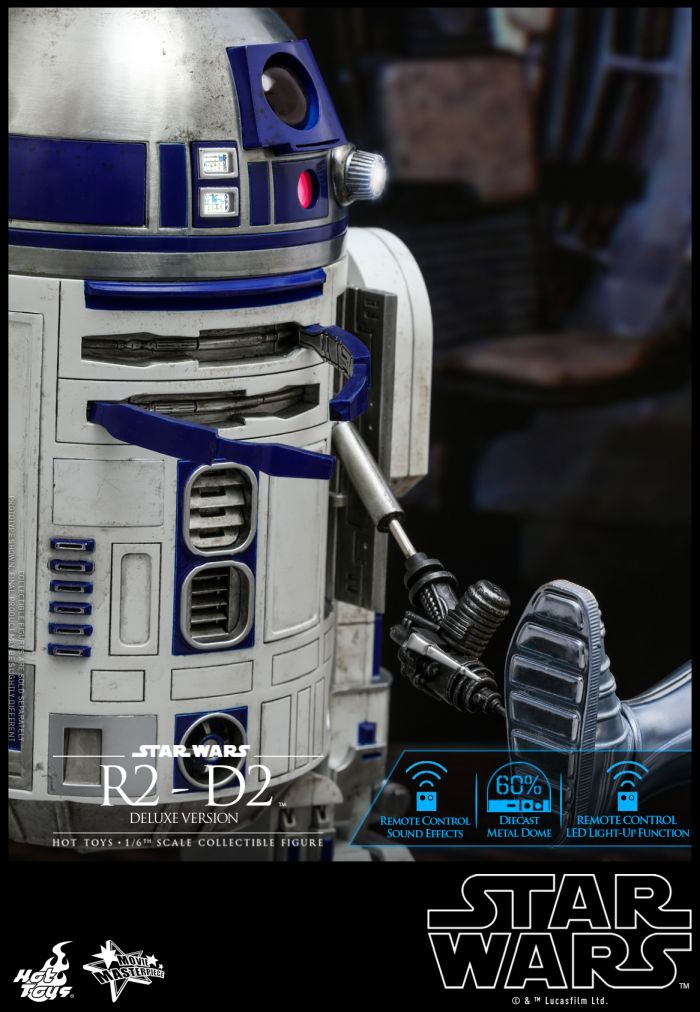 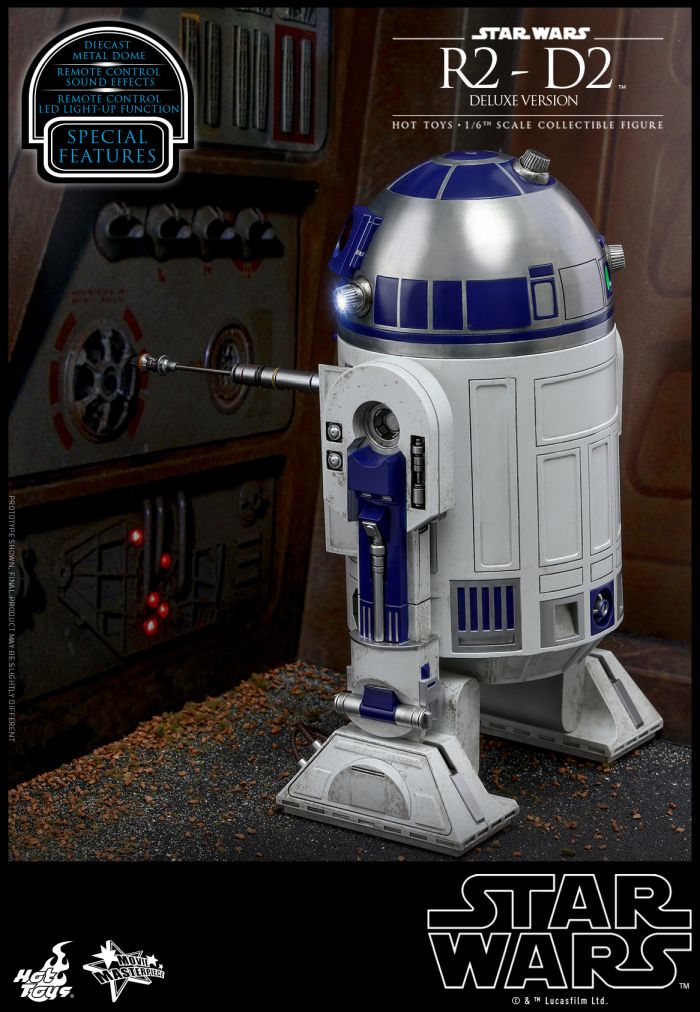 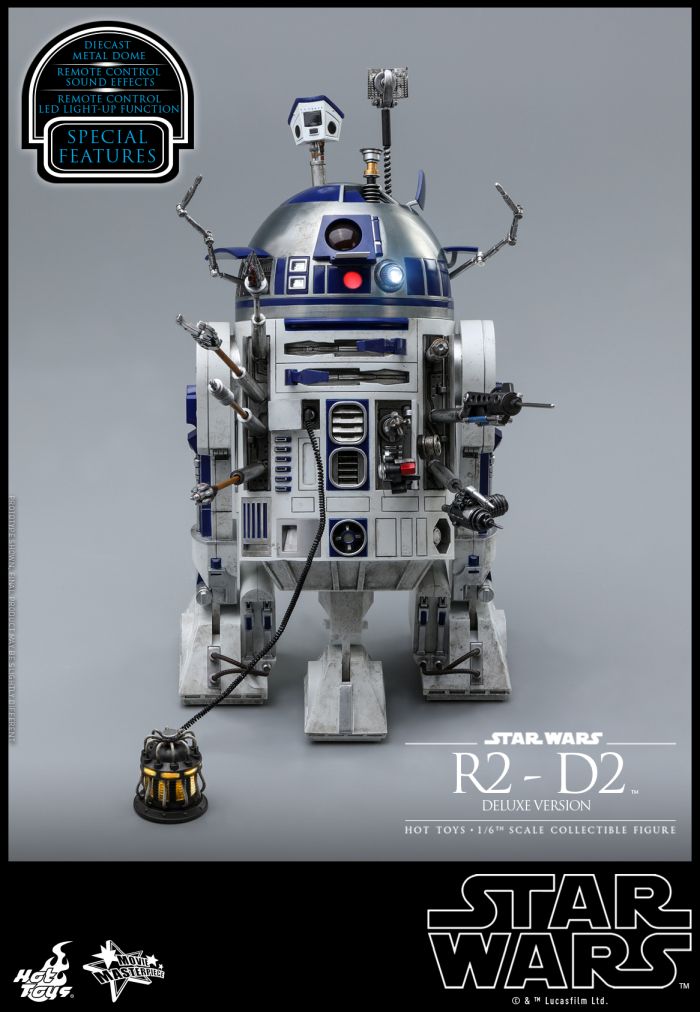 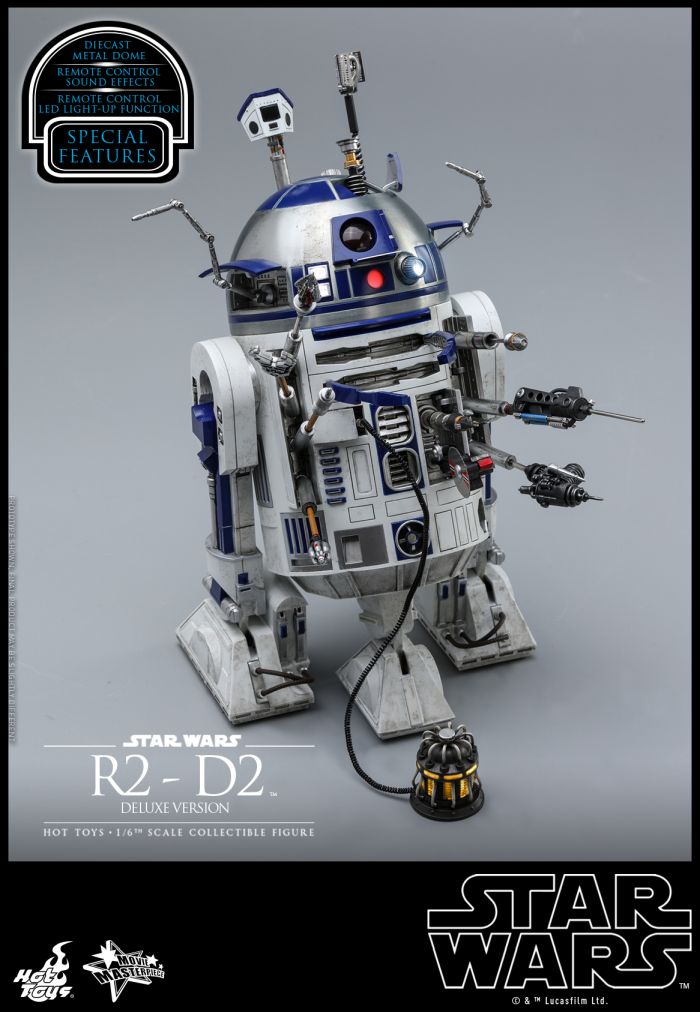 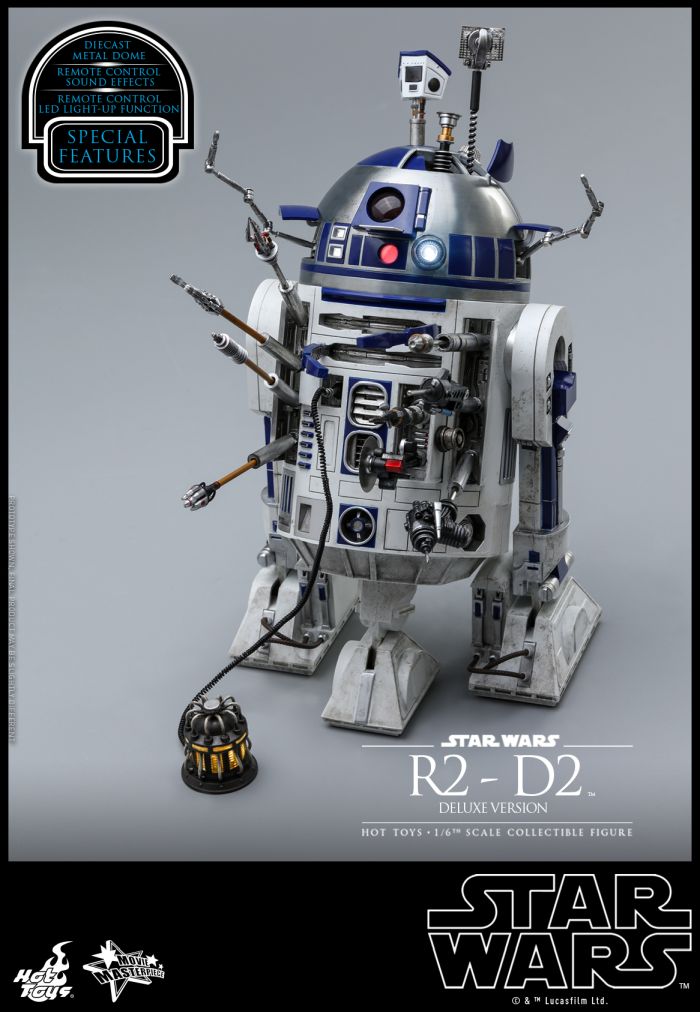 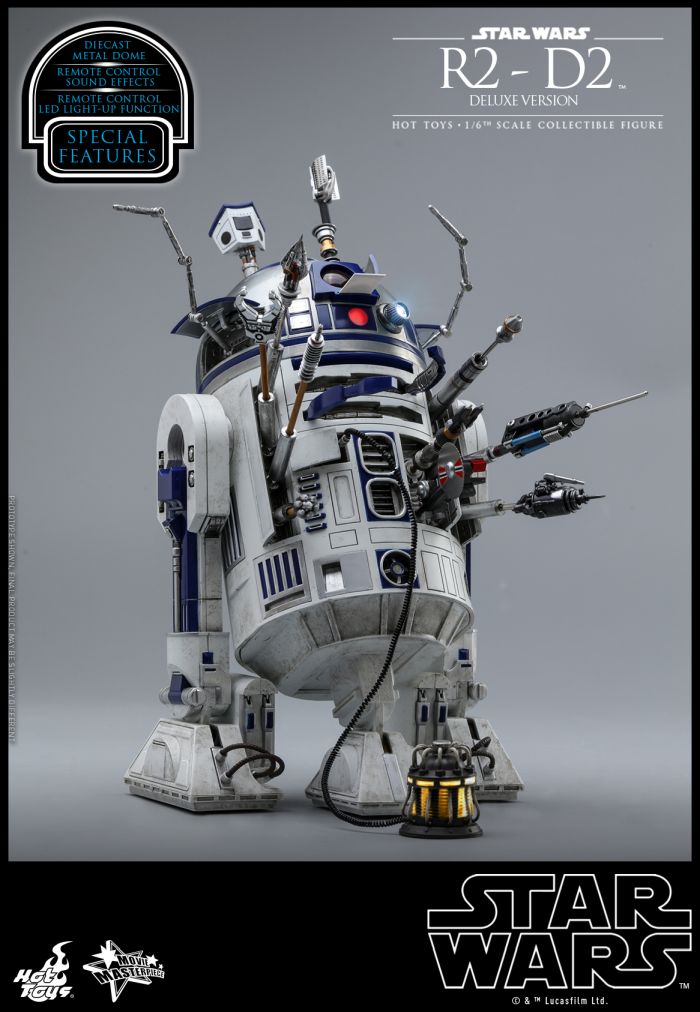 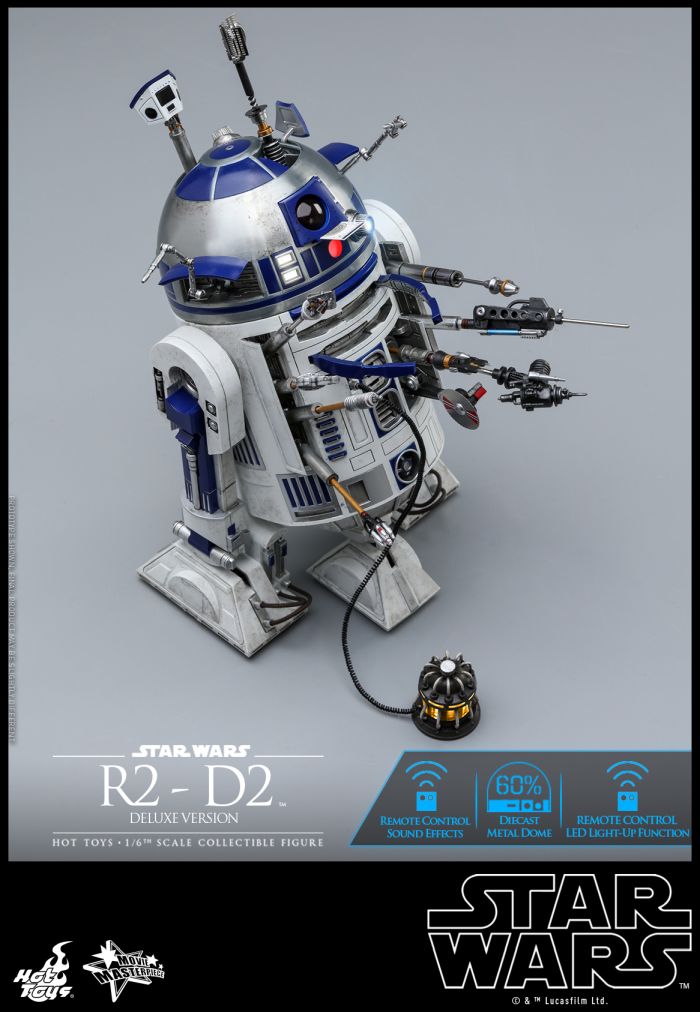 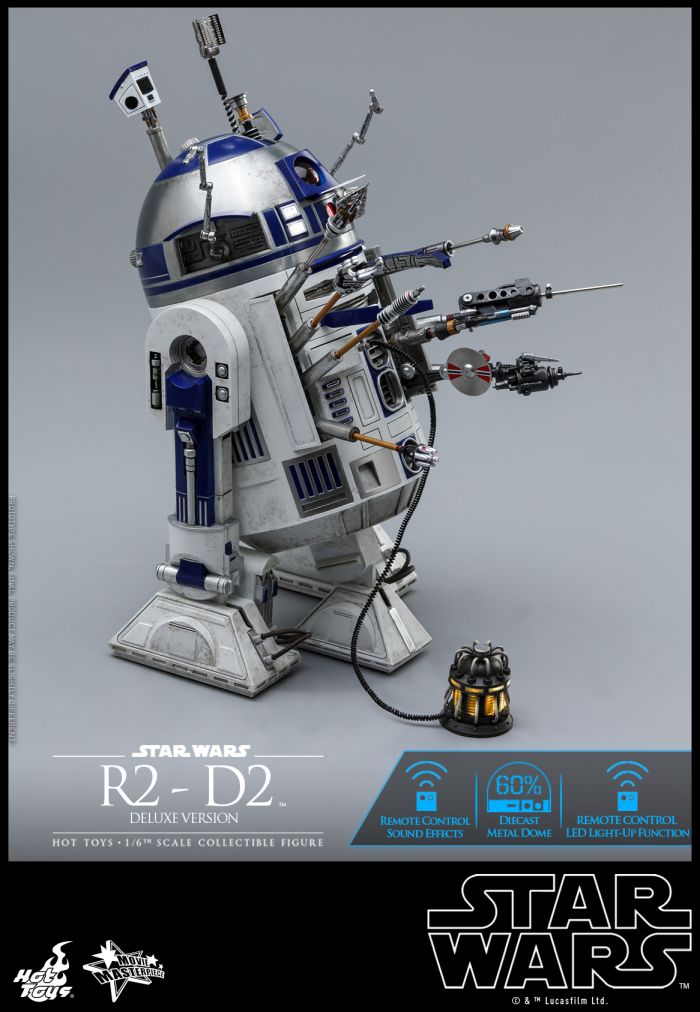 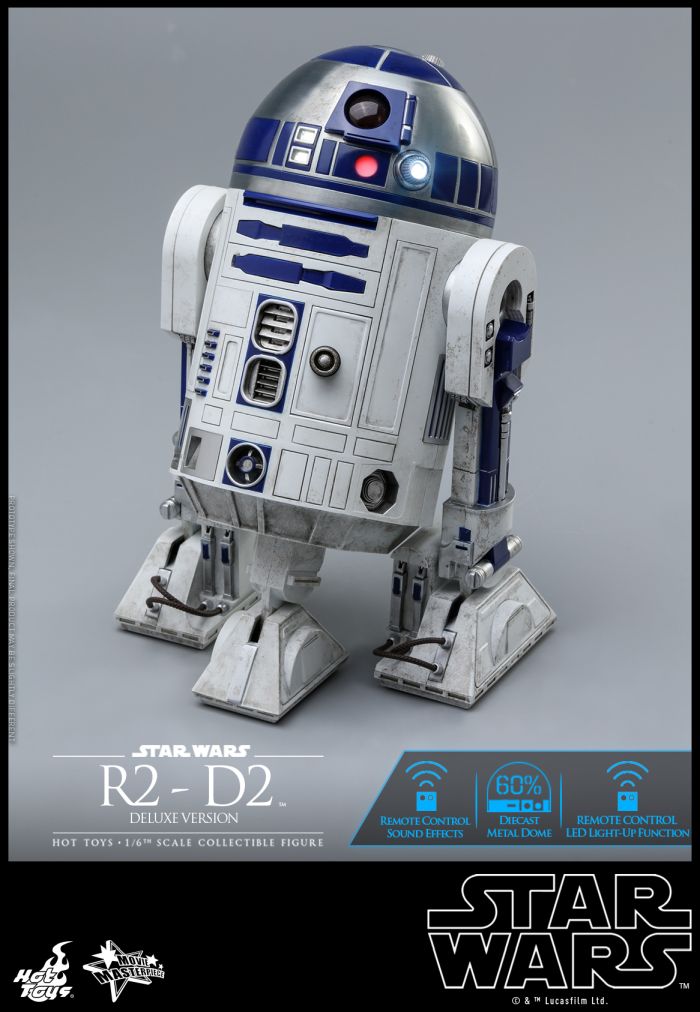 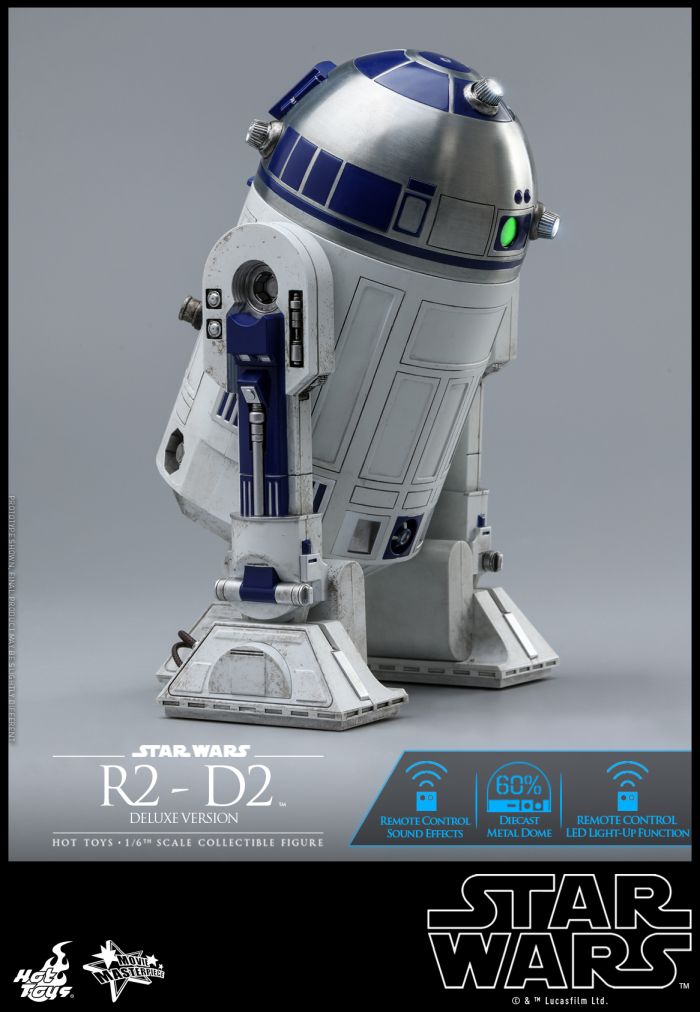 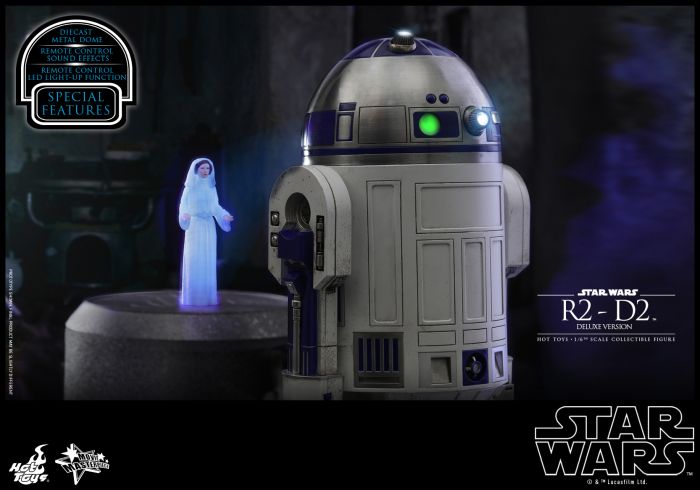 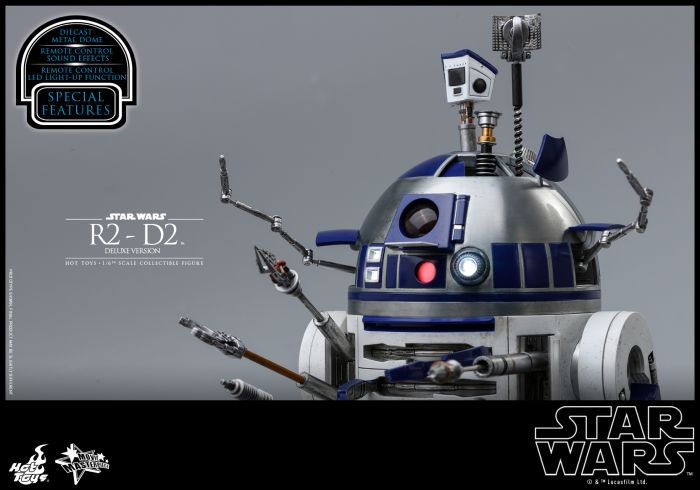 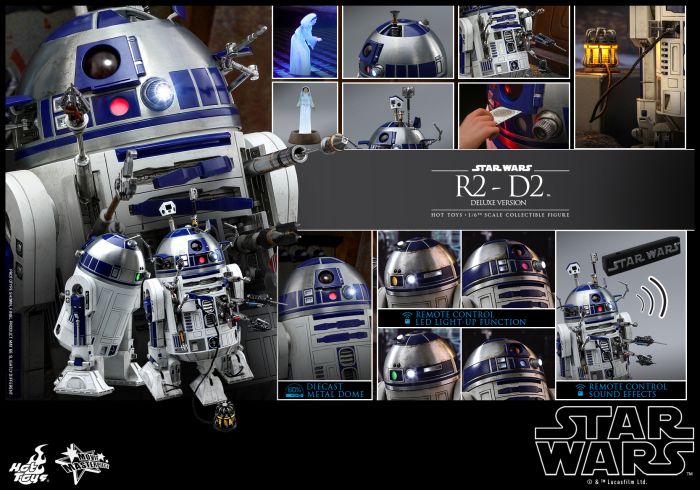