Saladin - Nothing, Everything - Saladin in Fine Copper Handmade Armor - in 1/6 scale

Saladin is a world famous strategist and statesman in the middle ages. He was the first Sultan of ayyub Dynasty in Egypt. He is well-known in the Christian and Muslim world for his outstanding leadership and military talent in the Arab fight against the crusade.He is generous, honest and upright, and widely praised. Saladin's influence on the historical process is mainly reflected in control of Jerusalem, which makes the struggle between Muslims and Christians take a turning point. In order to better restore the image of this famous historical figure, POPTOYS Team gave up the two ways of using glue hair and machine sewing hair planting, and used a more realistic small wool manual hair sticking method to restore hair style. Each strand of hair is pasted by hand, just for the pursuit of more realistic character effect. For better show Saladin's king style, we use more than 1000 pieces of copper pattern armor to sew and make his armor by hand; and designed a set of throne scene to match with it. To complete the figure, combine Saladin with his Throne (PTex36) 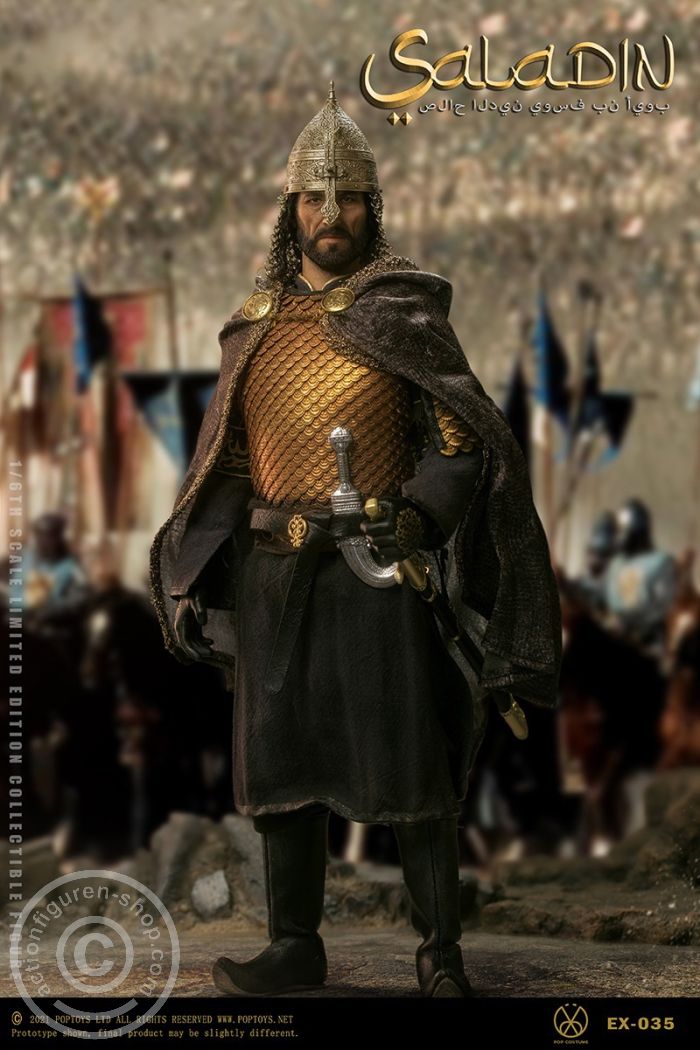 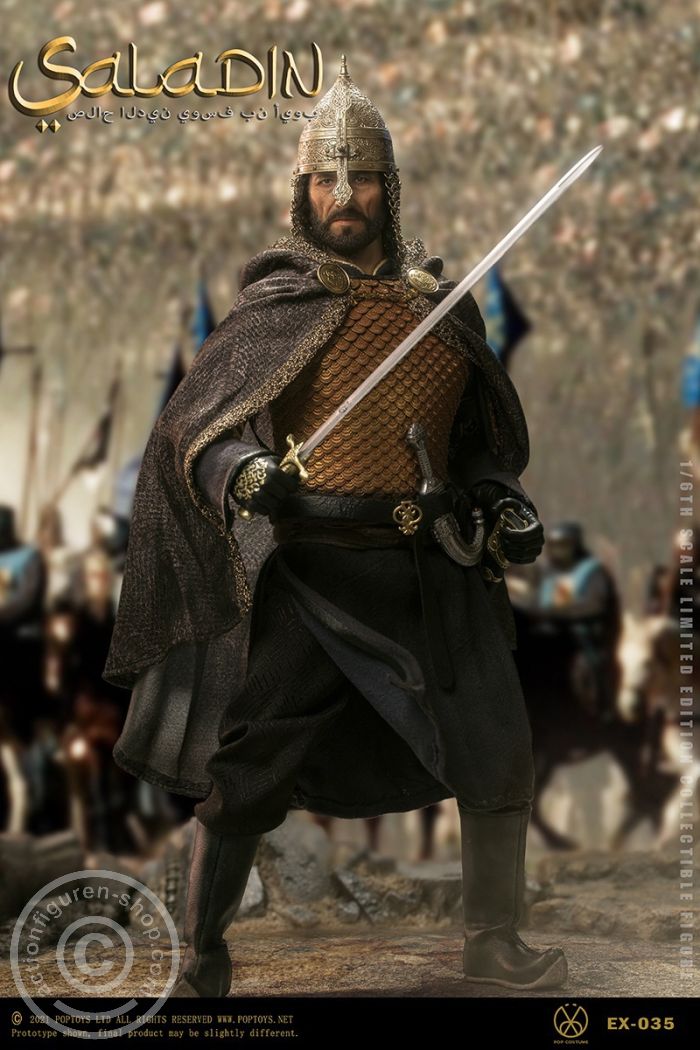 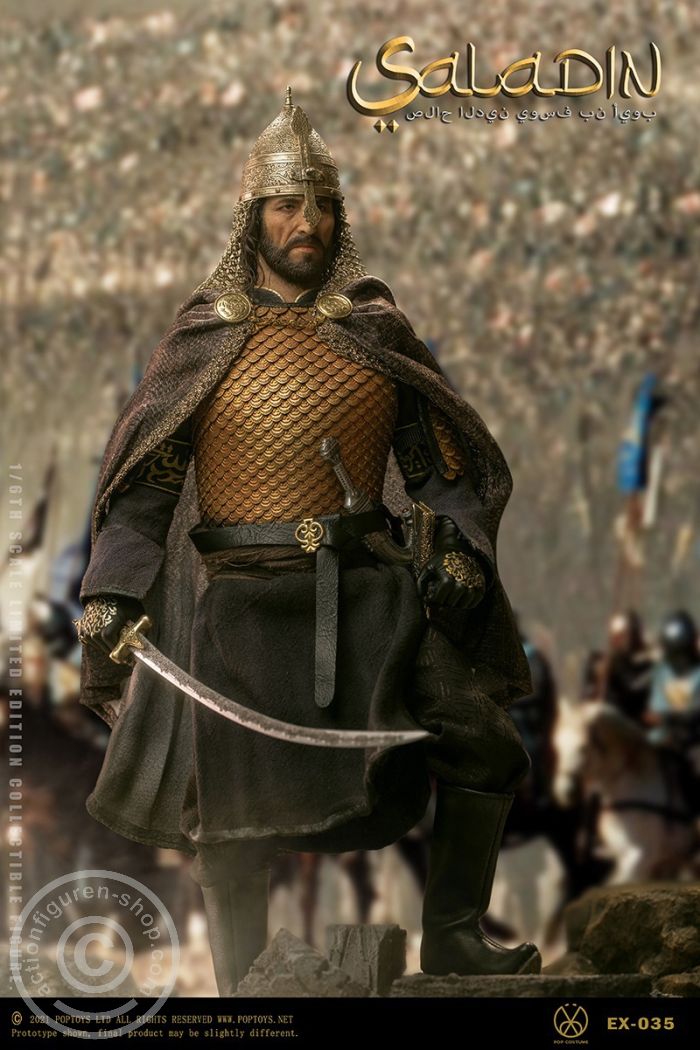 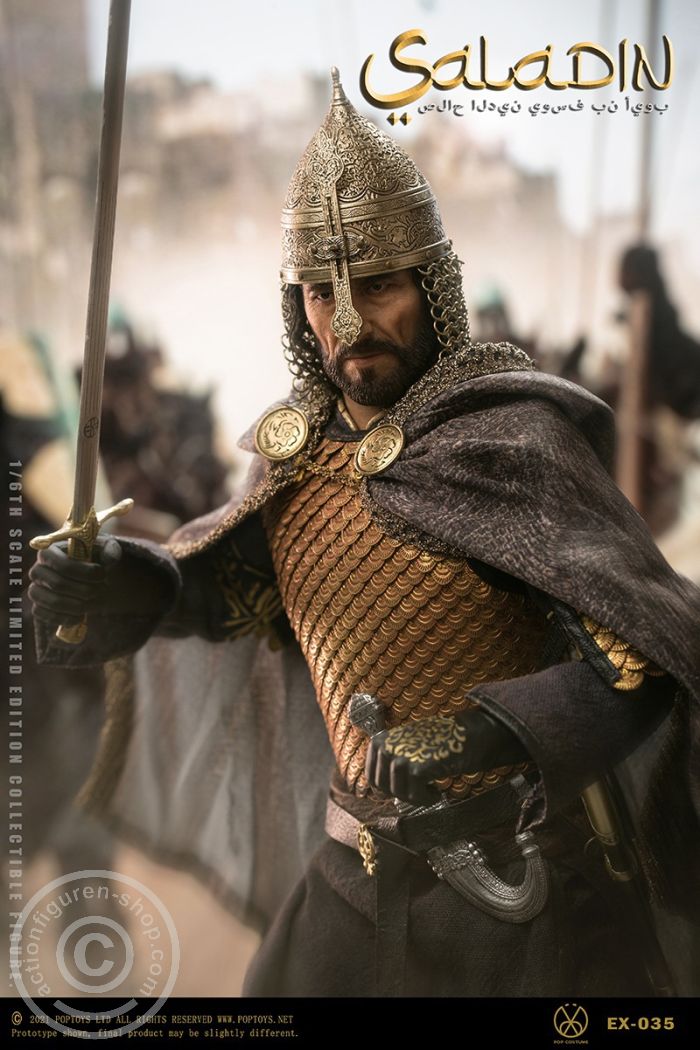 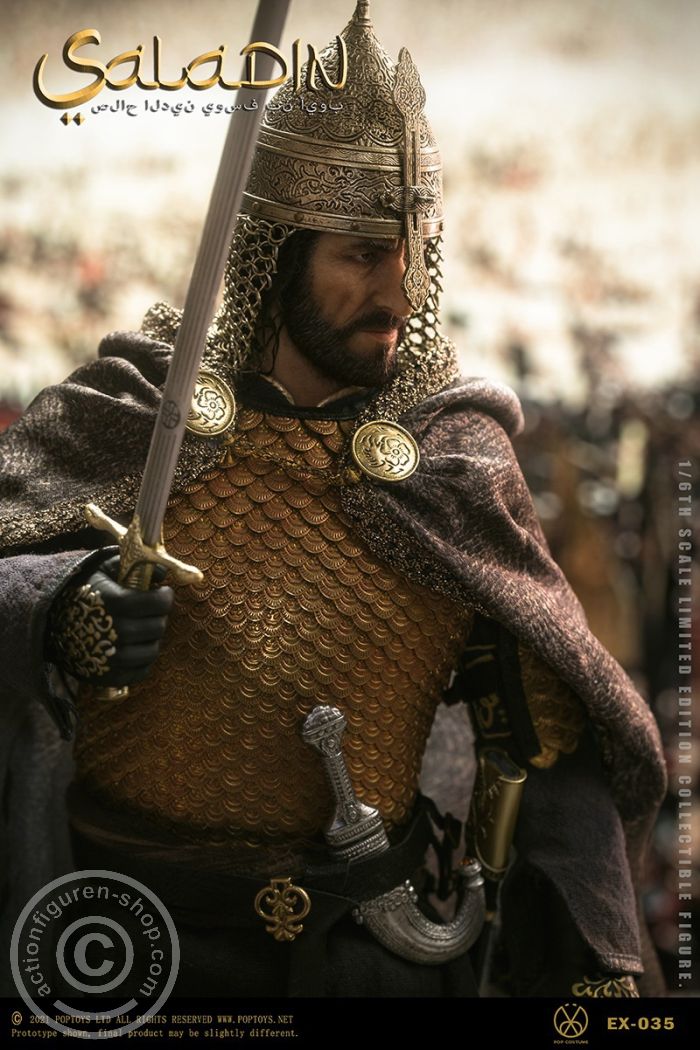 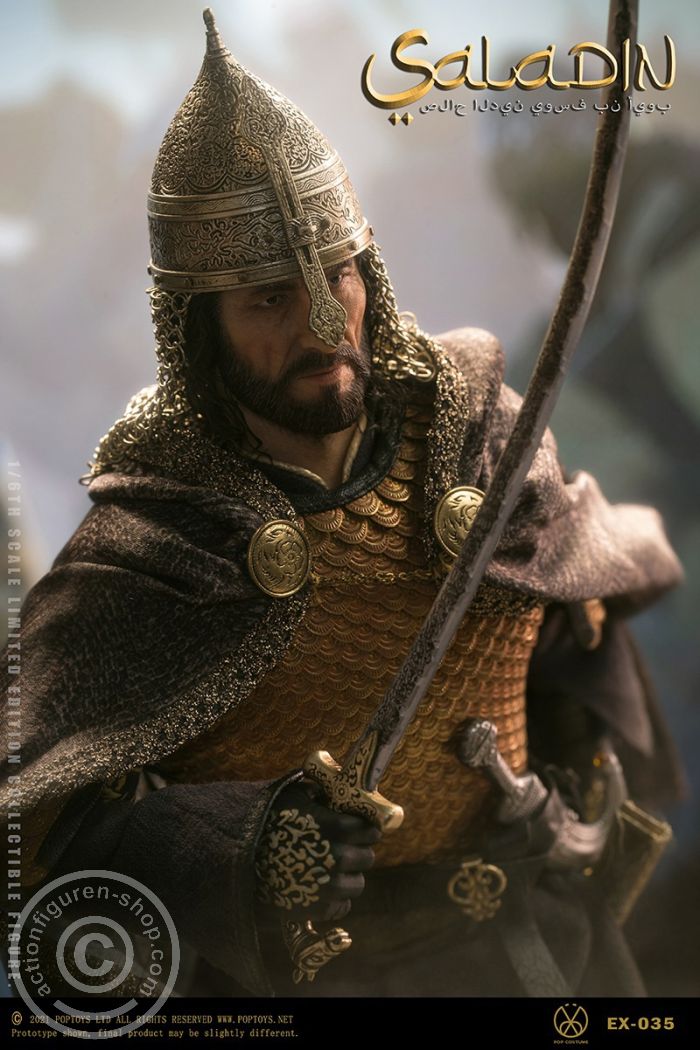 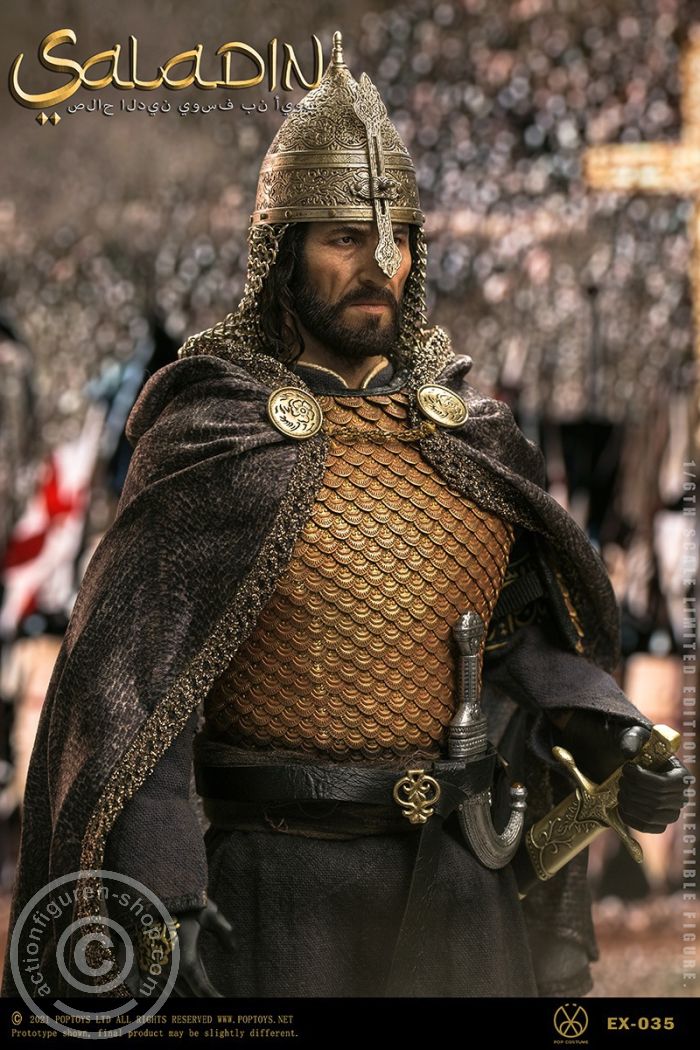 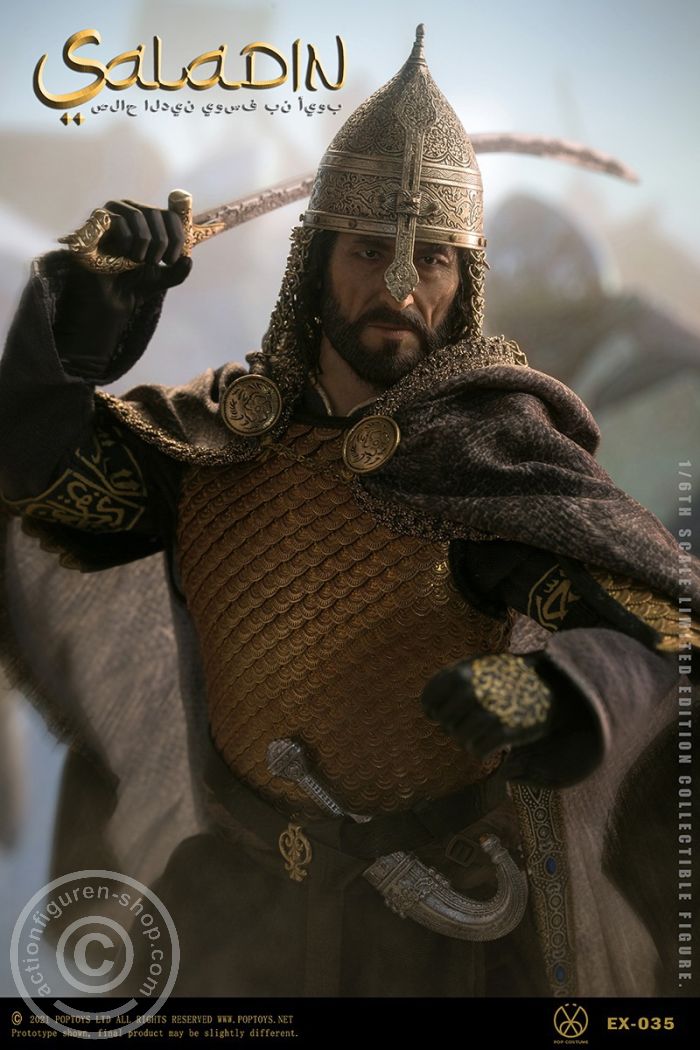 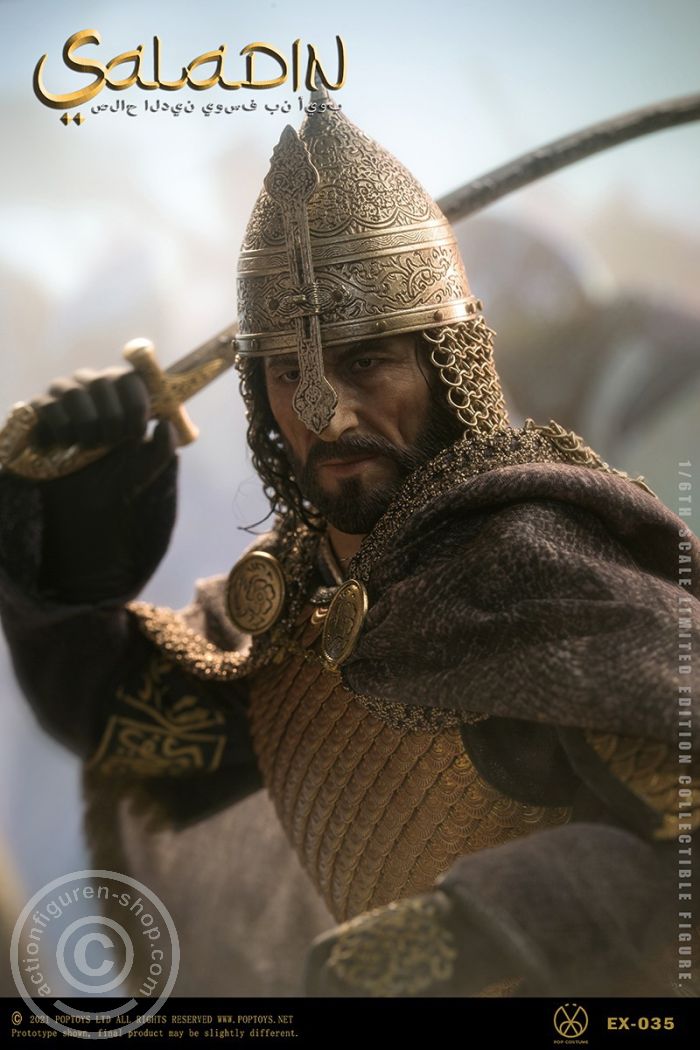 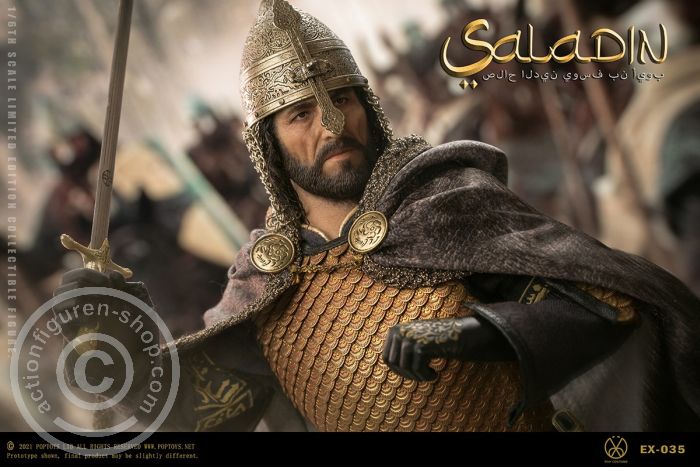 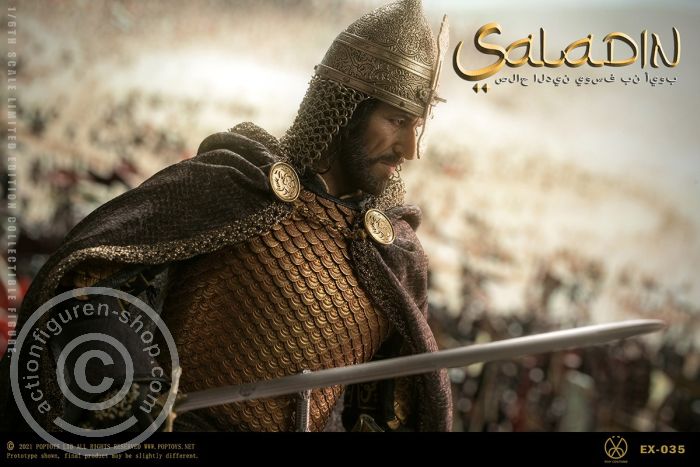 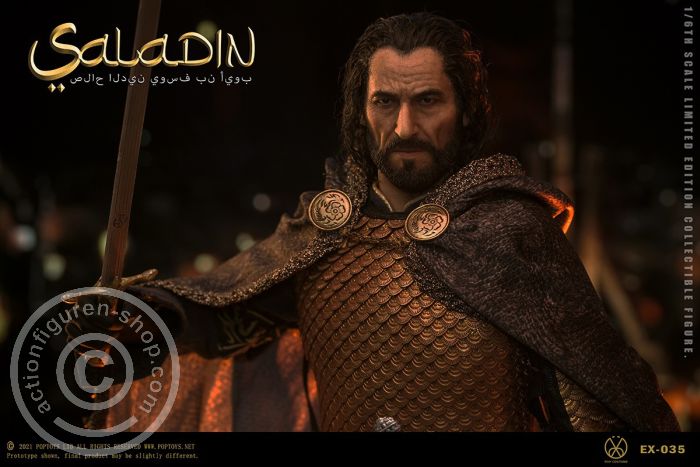 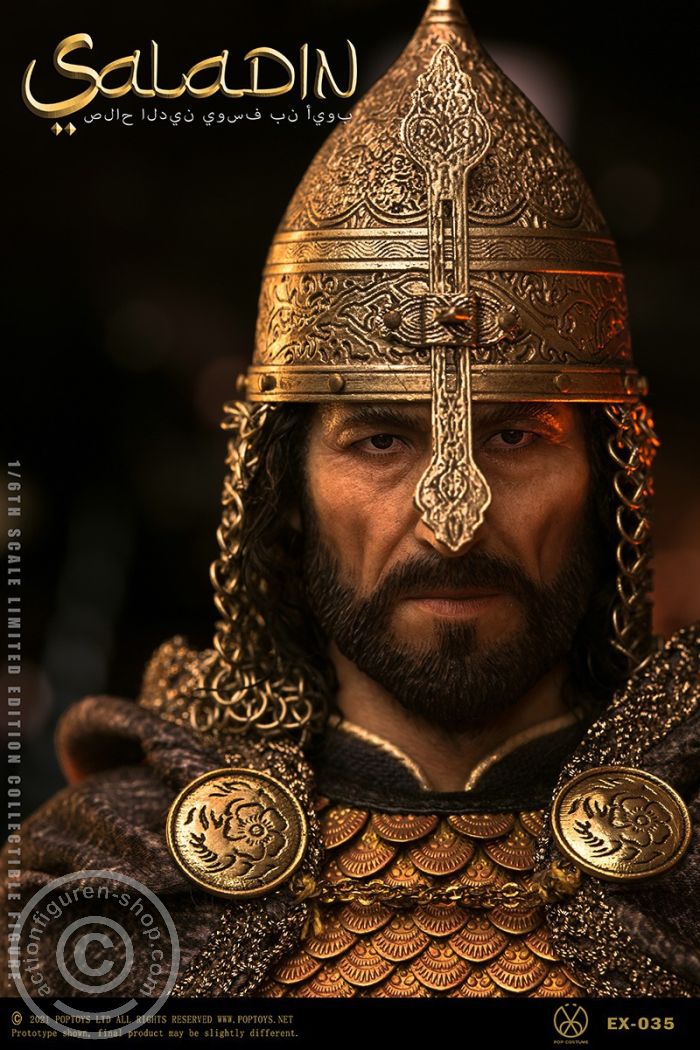 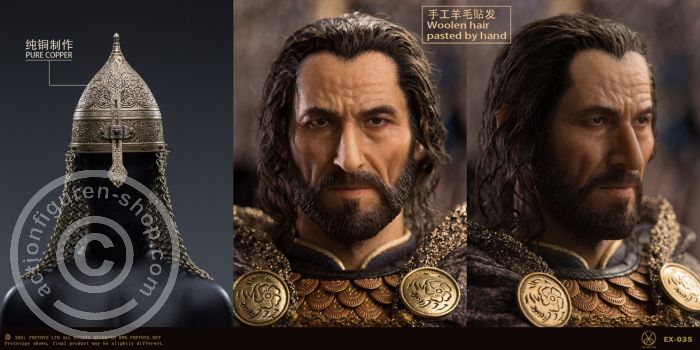 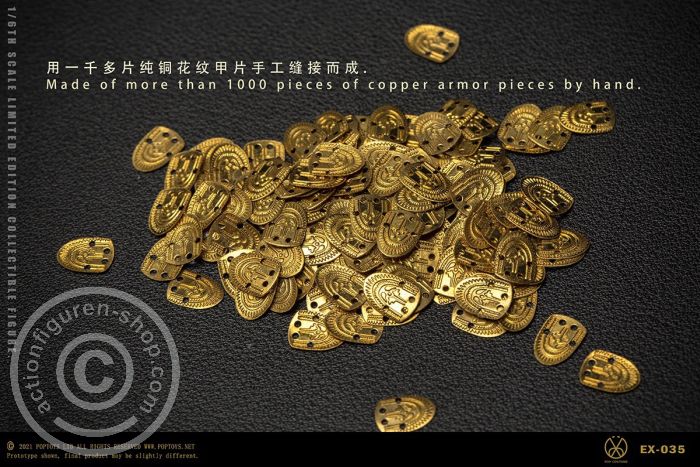 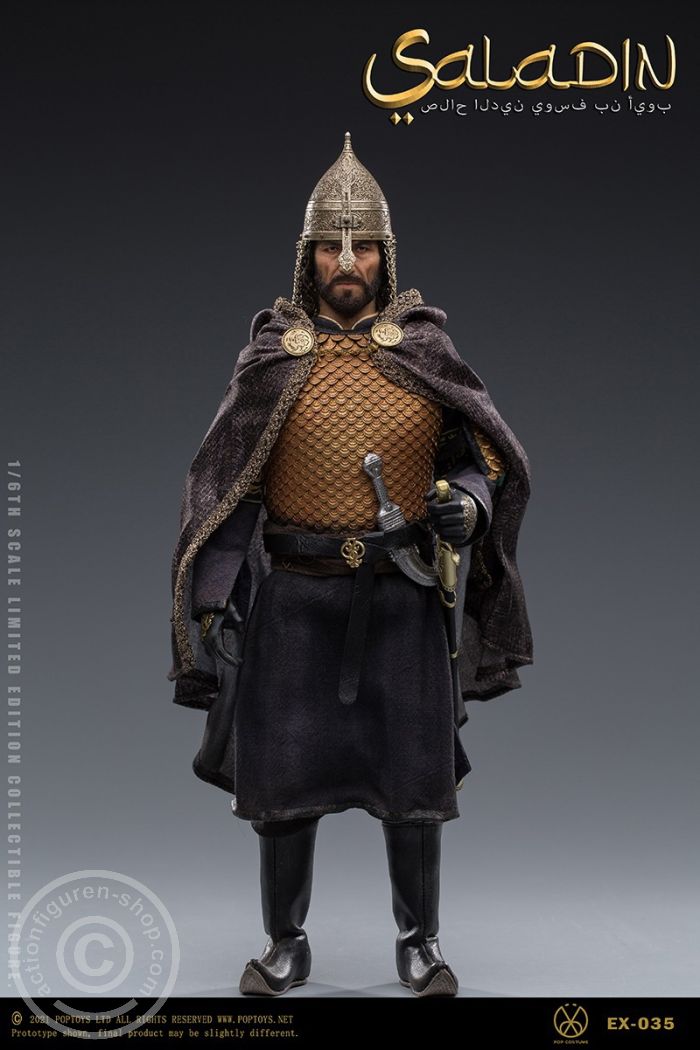 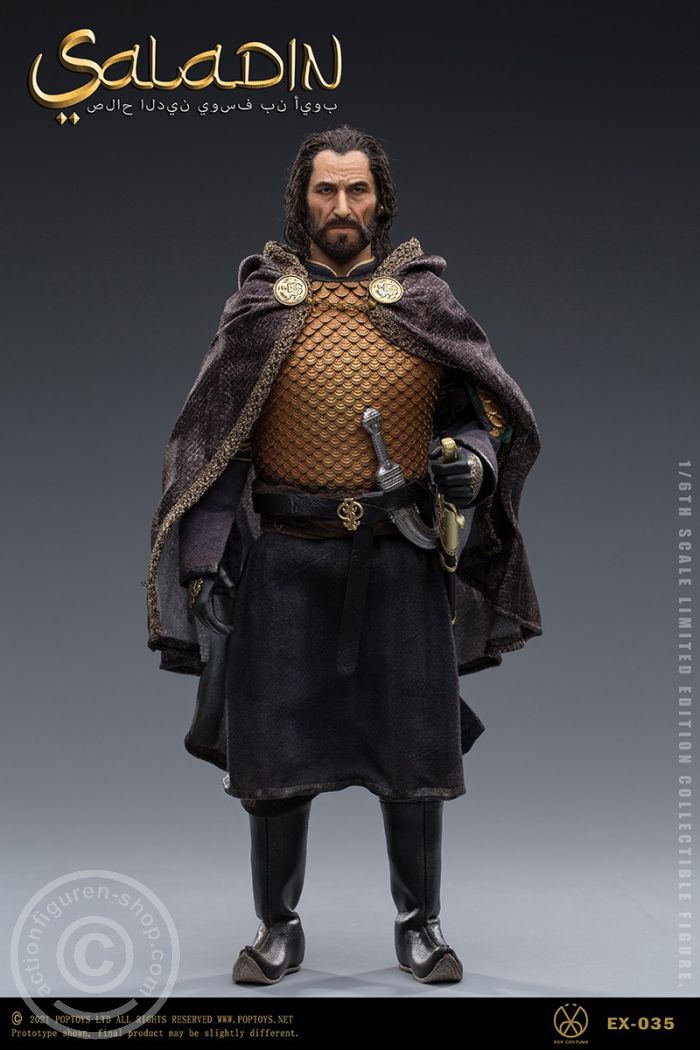 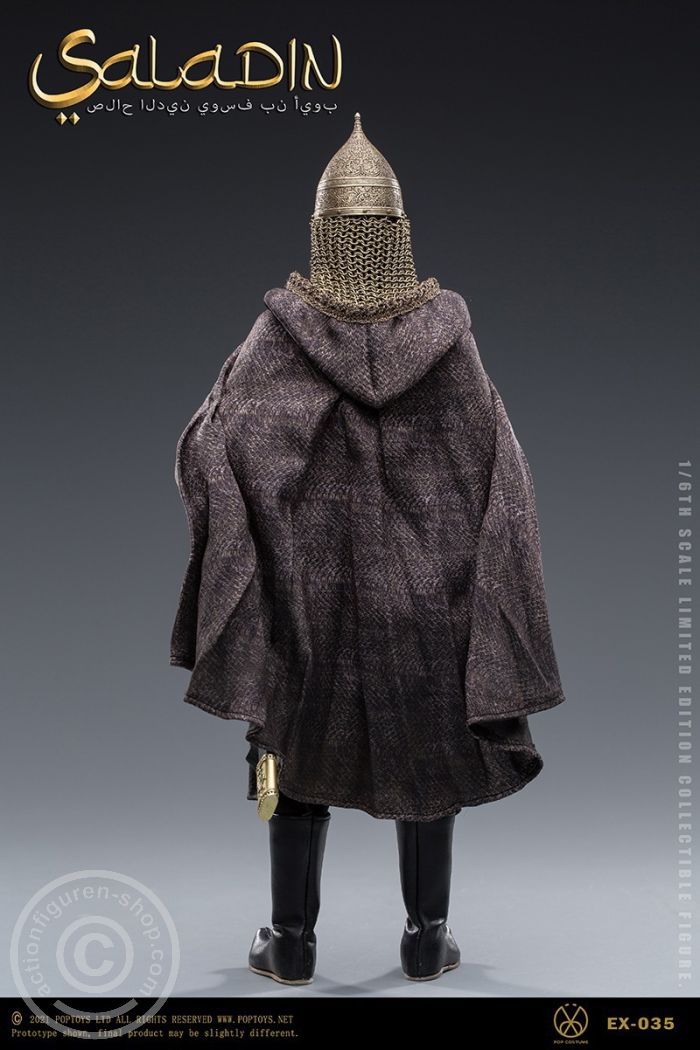 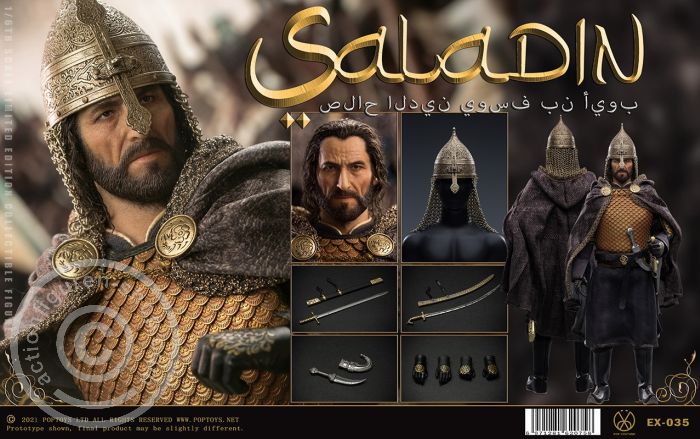