Ronald Weasley, Harry Potter’s best friend, owns a pet rat named Scabbers.  But Ron doesn’t know that Scabbers is actually an Animagus who played a big part in the death of Harry’s parents. In “Harry Potter and the Prisoner of Azkaban” Ron learns about the history of his family pet, and helps Harry and Hermione undo an injustice from the past.  This 1:6 scale version of teenage Ron Weasley features an authentic likeness of Rupert Grint as Ron and comes with two different outfits, his school robes and his everyday wear as seen in “Harry Potter and the Prisoner of Azkaban.”  Also included is the rat Scabbers and other accessories.

-Fully realized authentic likeness of Ron Weasley as a teenager from "Harry Potter and the Prisoner of Azkaban” with accurate facial expression, sculpted hair style and detailed skin texture.

-Each head sculpt is specially hand-painted.

-(1) one right hand for holding his wand

COSTUME B (Casual Wear) – ONLY with Deluxe version: 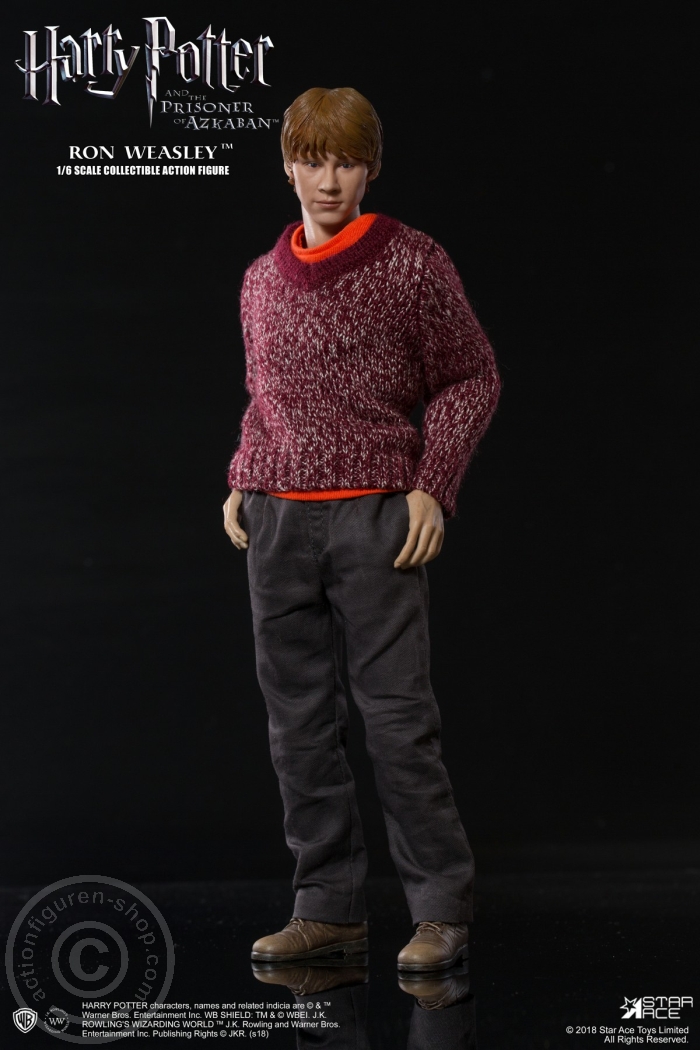 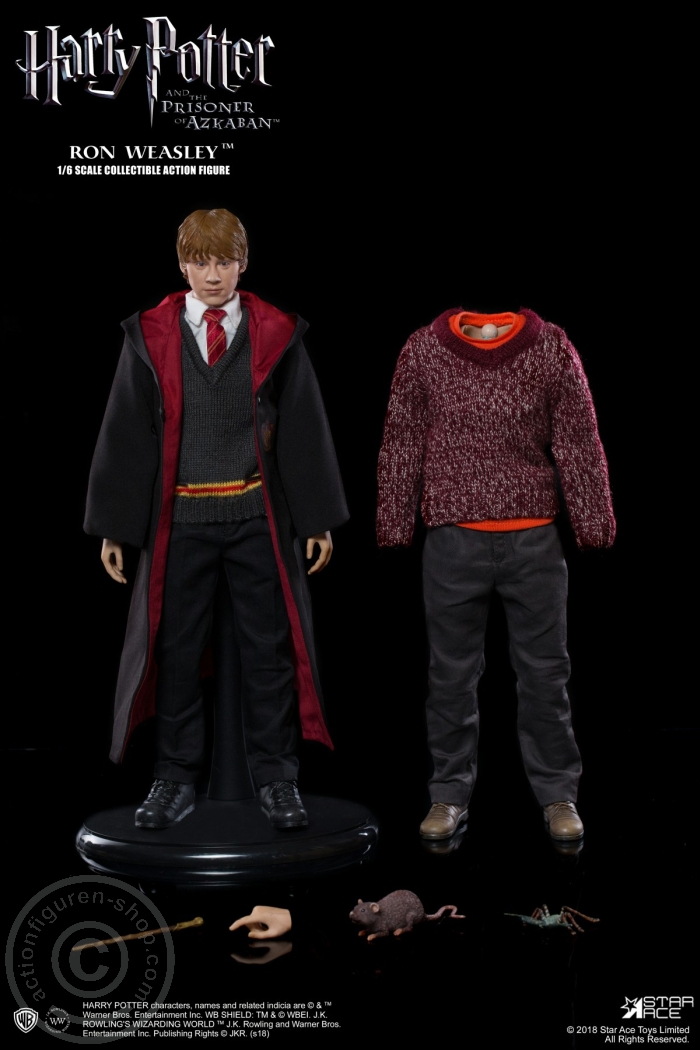 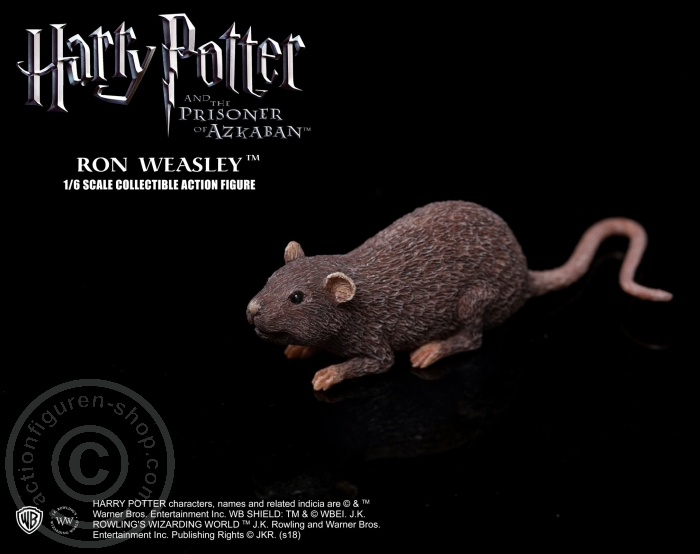 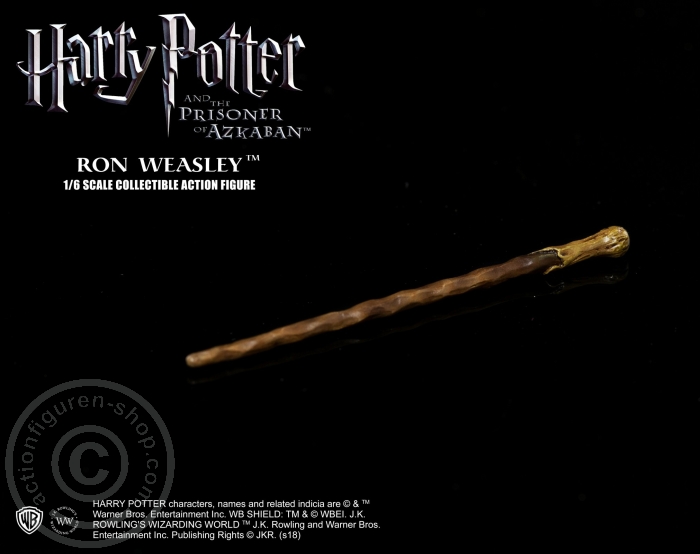 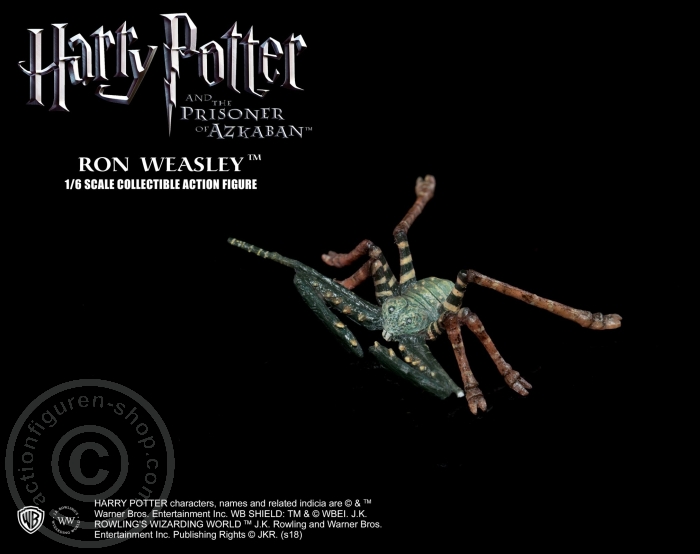 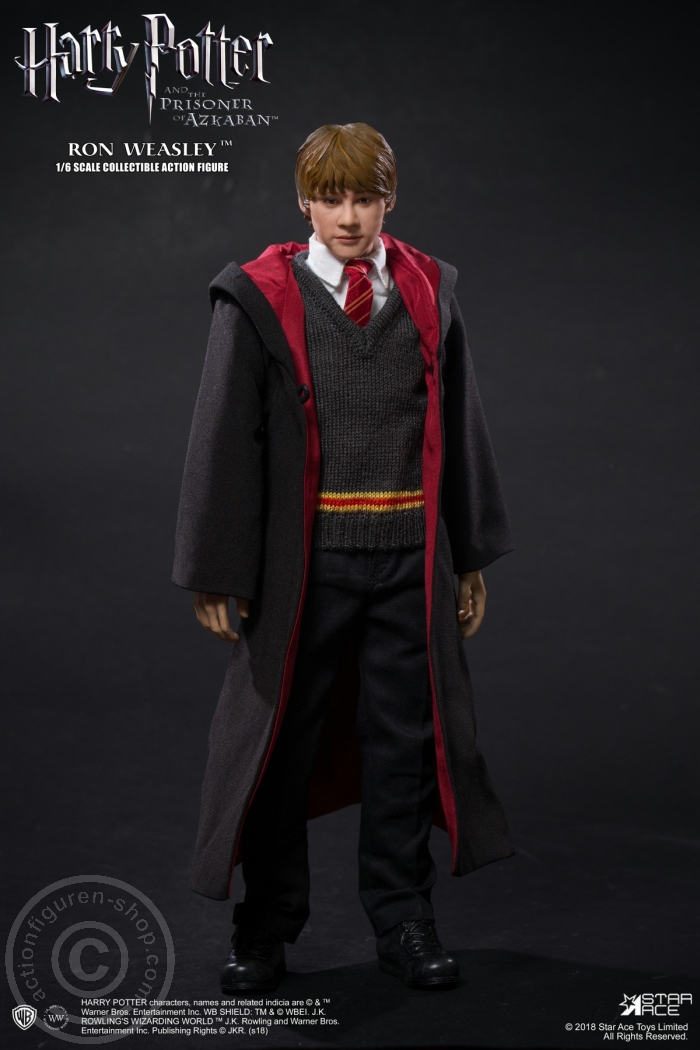 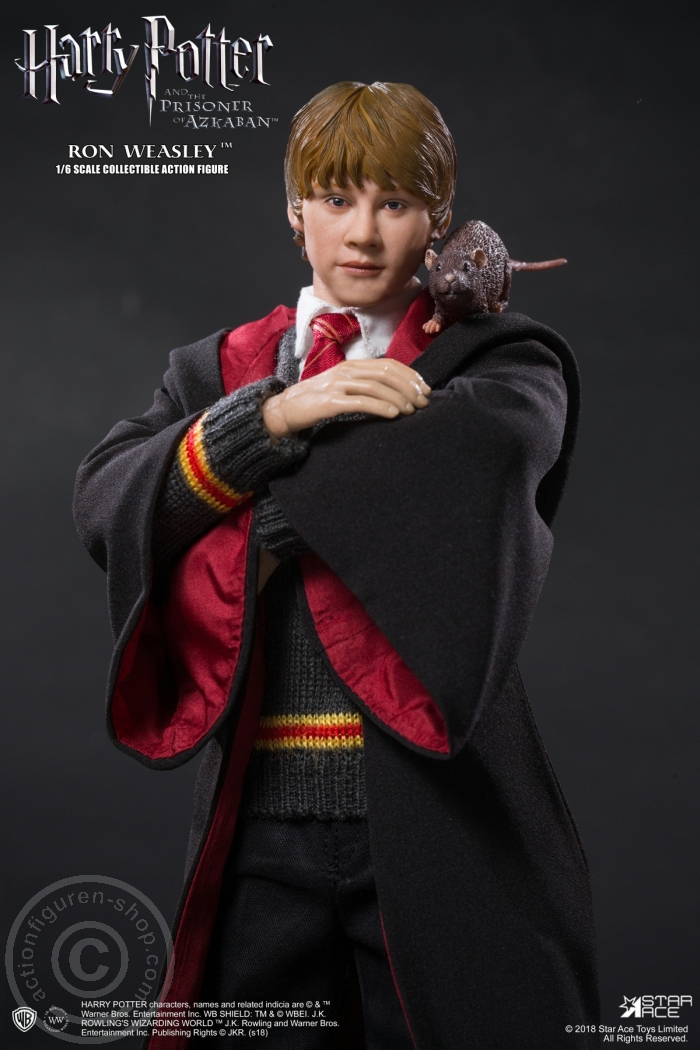 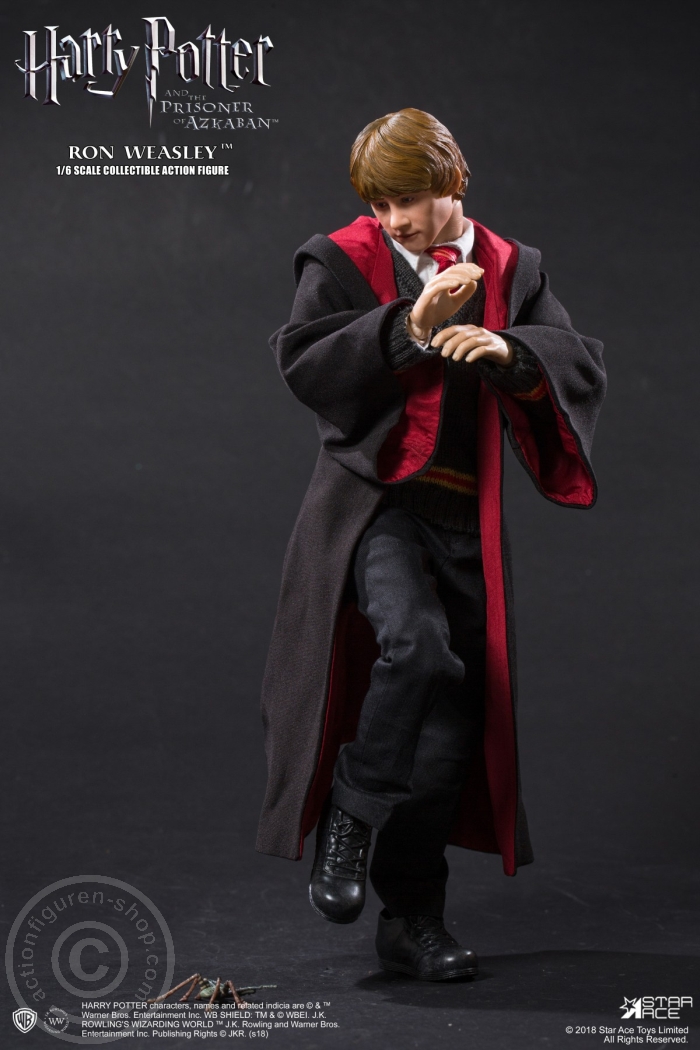 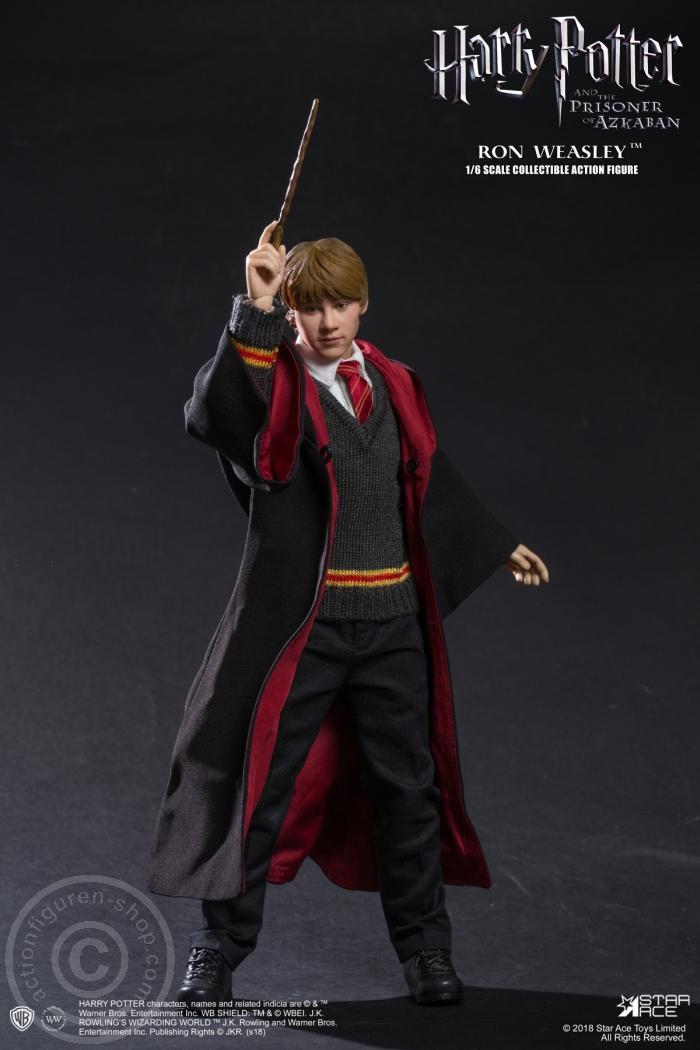 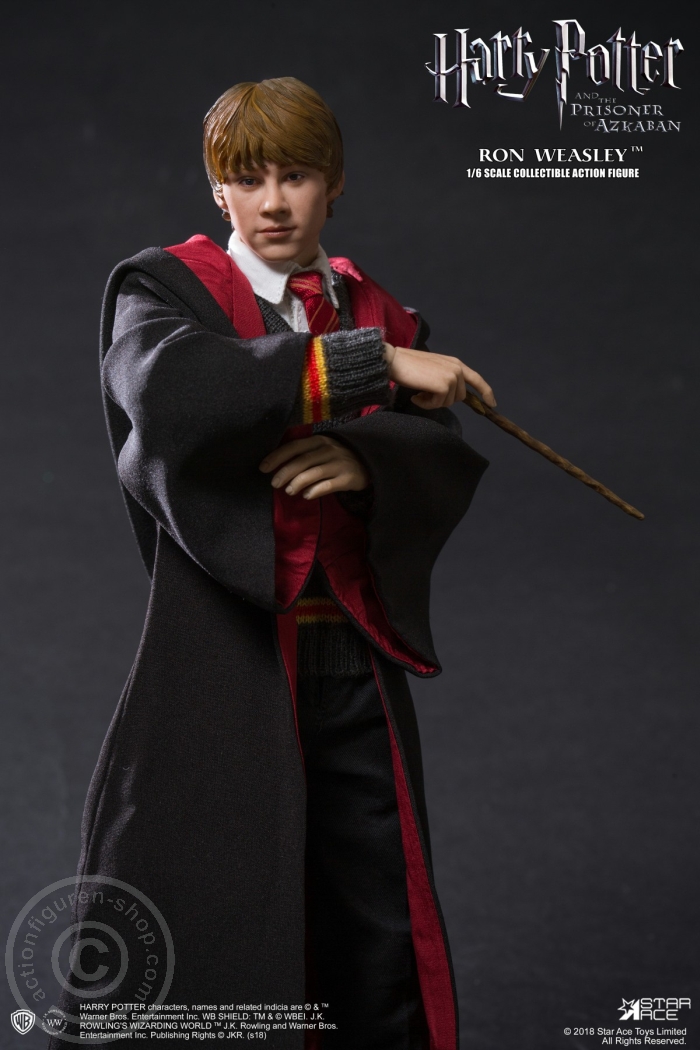 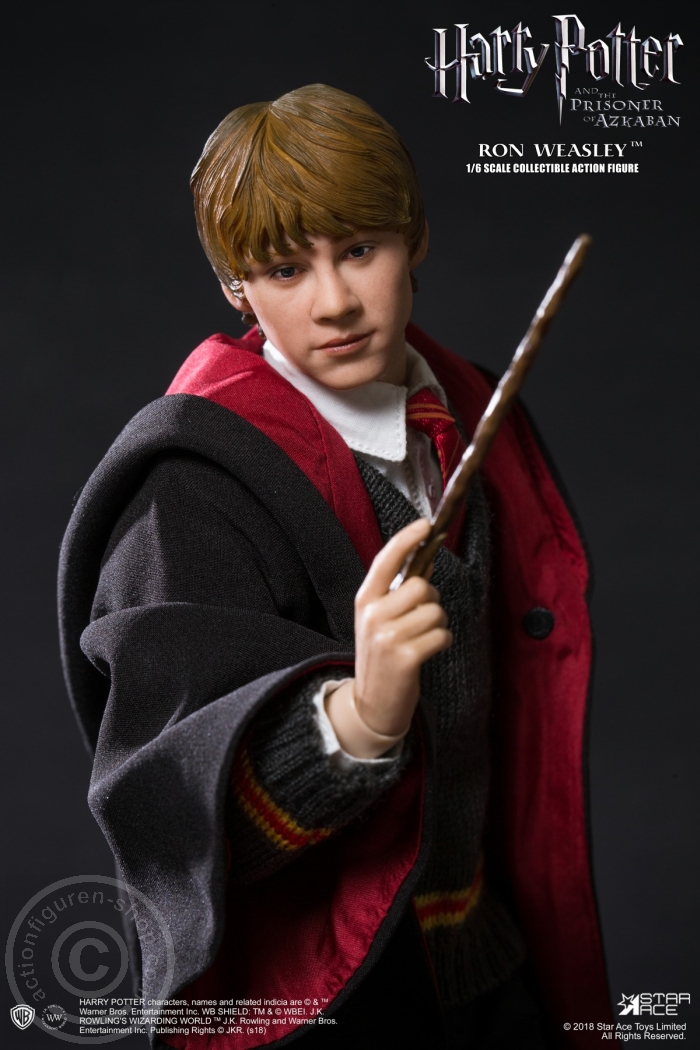 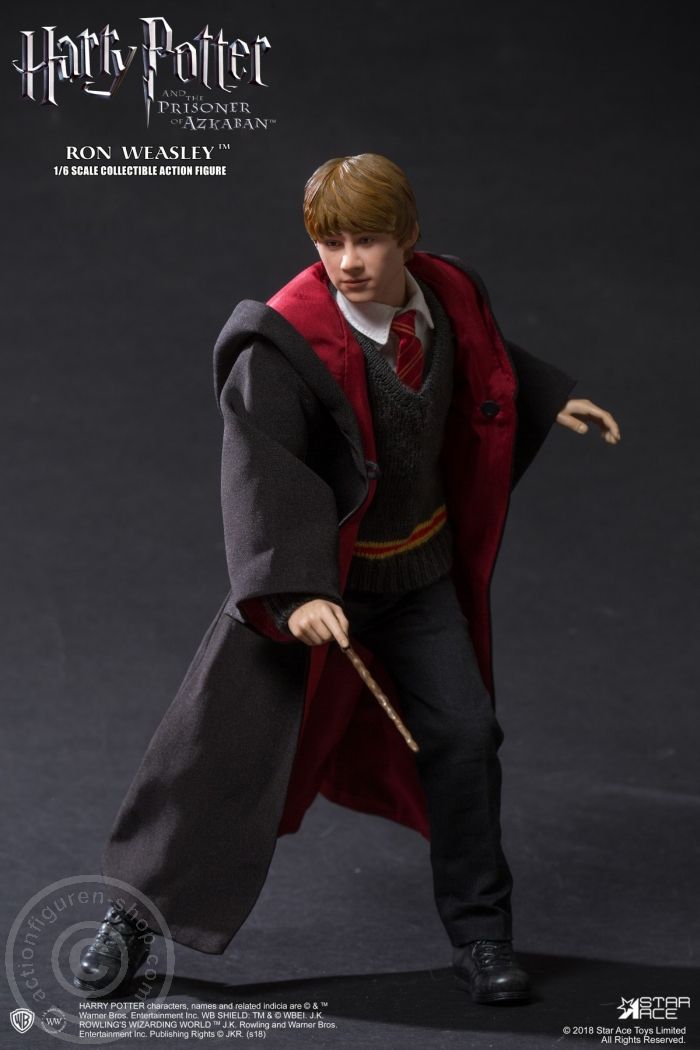 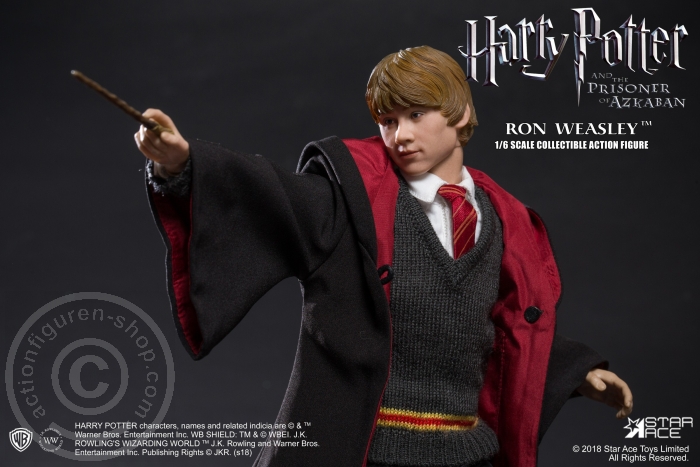