Popeye the Sailor Man is a fictional cartoon character created by Elzie Crisler Segar. The character first appeared in the daily King Features comic strip Thimble Theatre on January 17, 1929, and Popeye became the strip's title in later years. The character has also appeared in theatrical and television animated cartoons. Segar's Thimble Theatre strip was in its 10th year when Popeye made his debut, but the one-eyed sailor quickly became the main focus of the strip, and Thimble Theatre became one of King Features' most popular properties during the 1930s. After Segar died in 1938, Thimble Theatre was continued by several writers and artists, most notably Segar's assistant Bud Sagendorf. The strip continues to appear in first-run installments in its Sunday edition, written and drawn by R.K. Milholland. The daily strips are reprints of old Sagendorf stories. In 1933, Max Fleischer adapted the Thimble Theatre characters into a series of Popeye the Sailor theatrical cartoon shorts for Paramount Pictures. These cartoons proved to be among the most popular of the 1930s, and Fleischer—and later Paramount's own Famous Studios—continued production through 1957, these productions included Allied propaganda during the Second World War. These cartoon shorts are now owned by Turner Entertainment and distributed by its sister company Warner Bros. Over the years, Popeye has also appeared in comic books, television cartoons, video games, hundreds of advertisements, peripheral products ranging from spinach to candy cigarettes, and the 1980 live-action film directed by Robert Altman and starring Robin Williams as Popeye.(C) Wikipedia 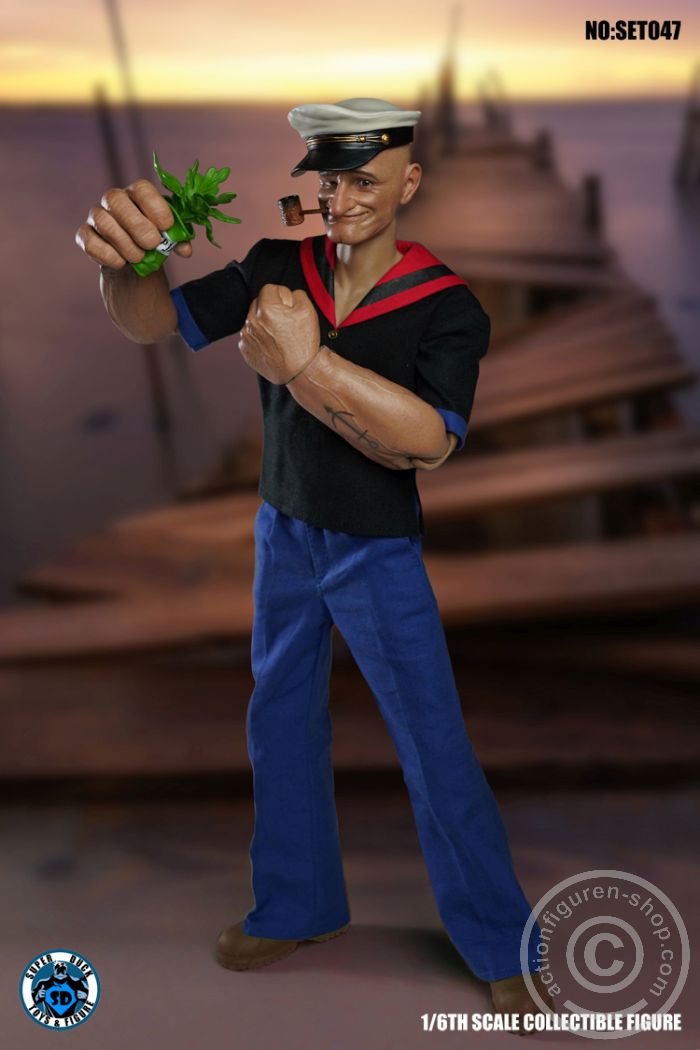 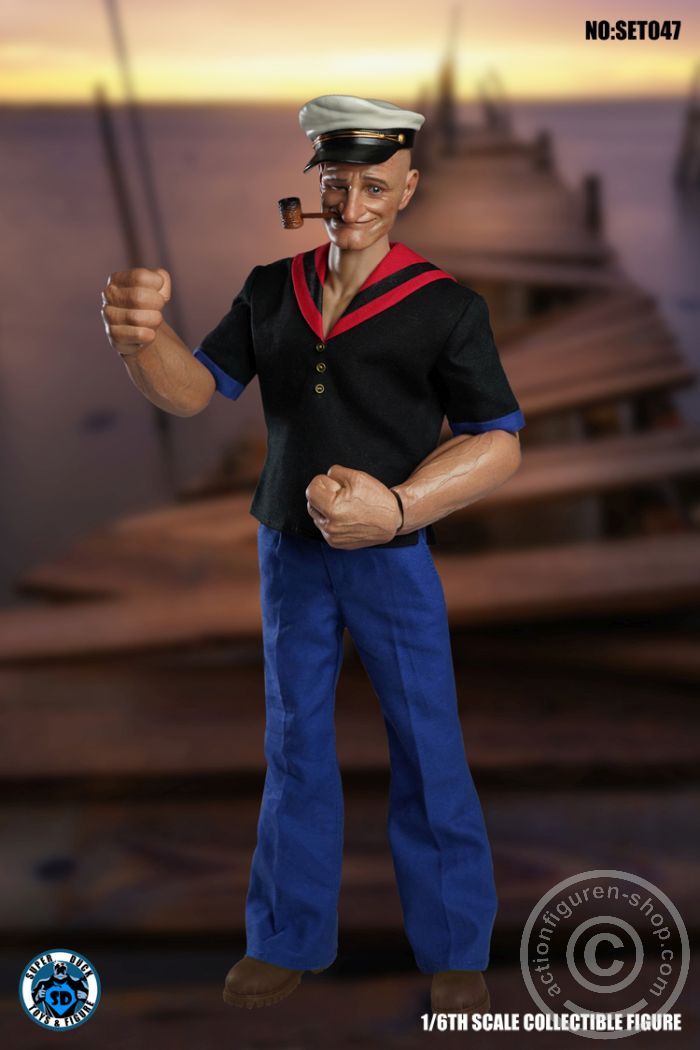 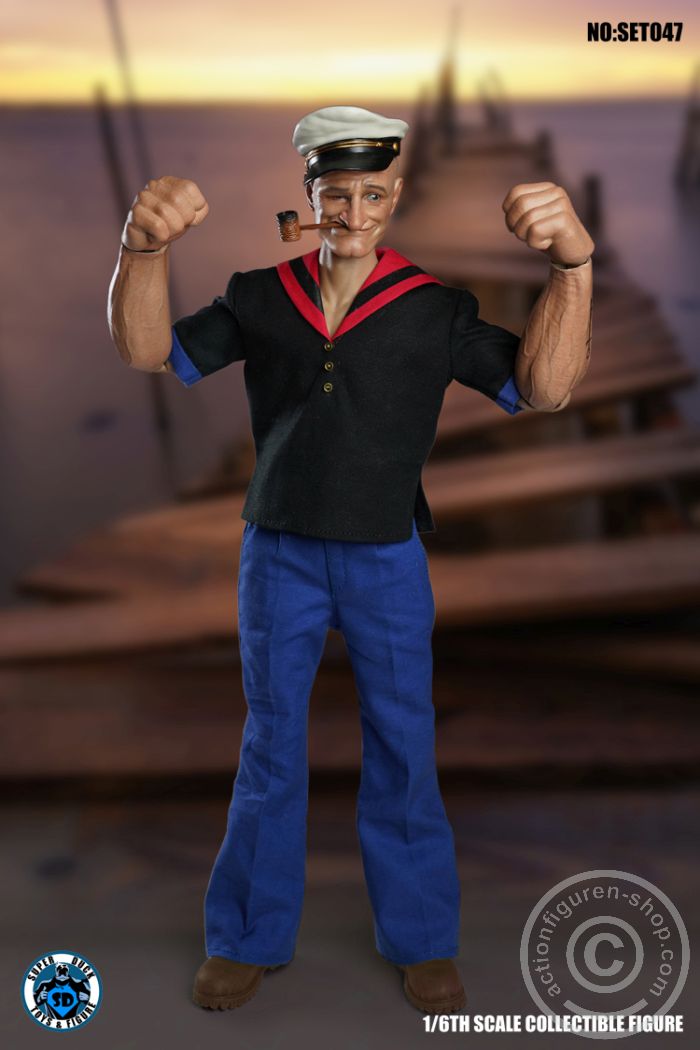 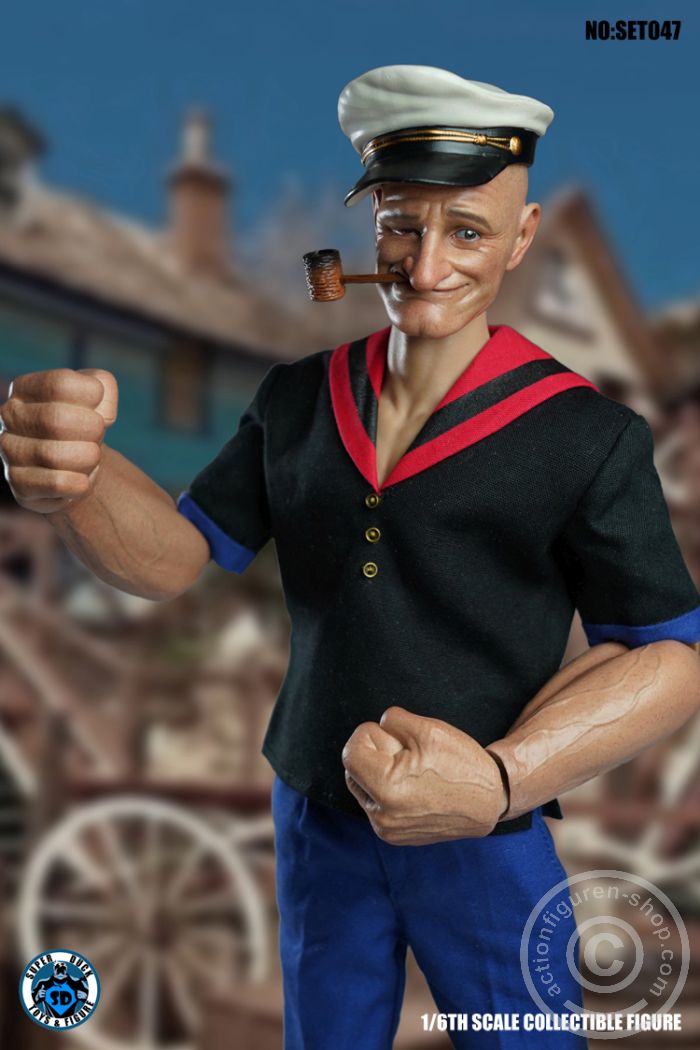 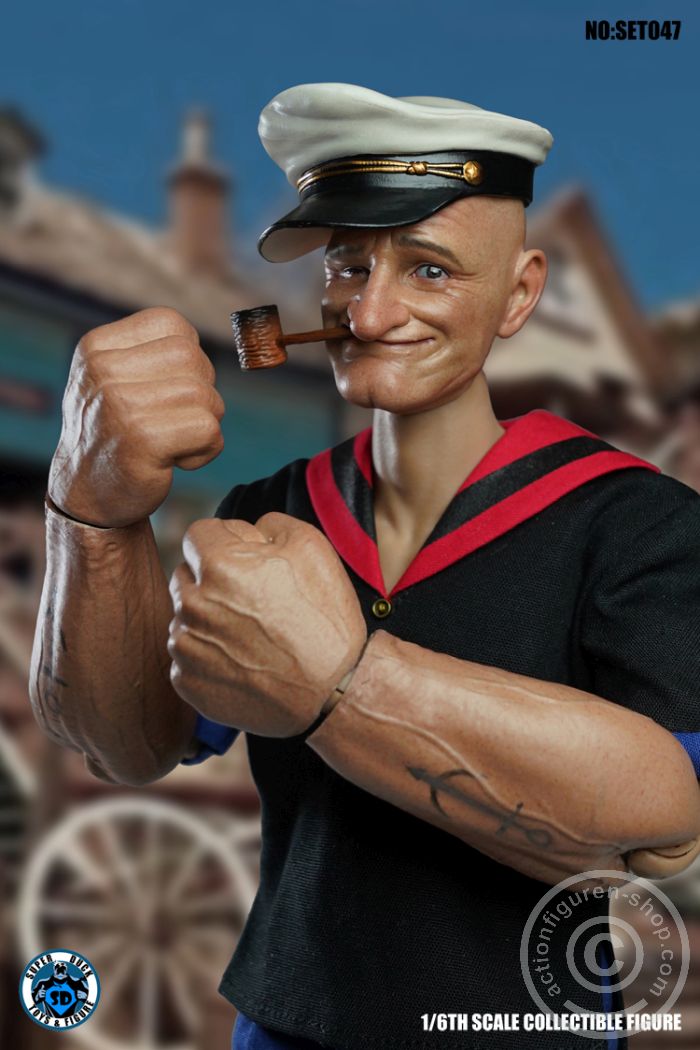 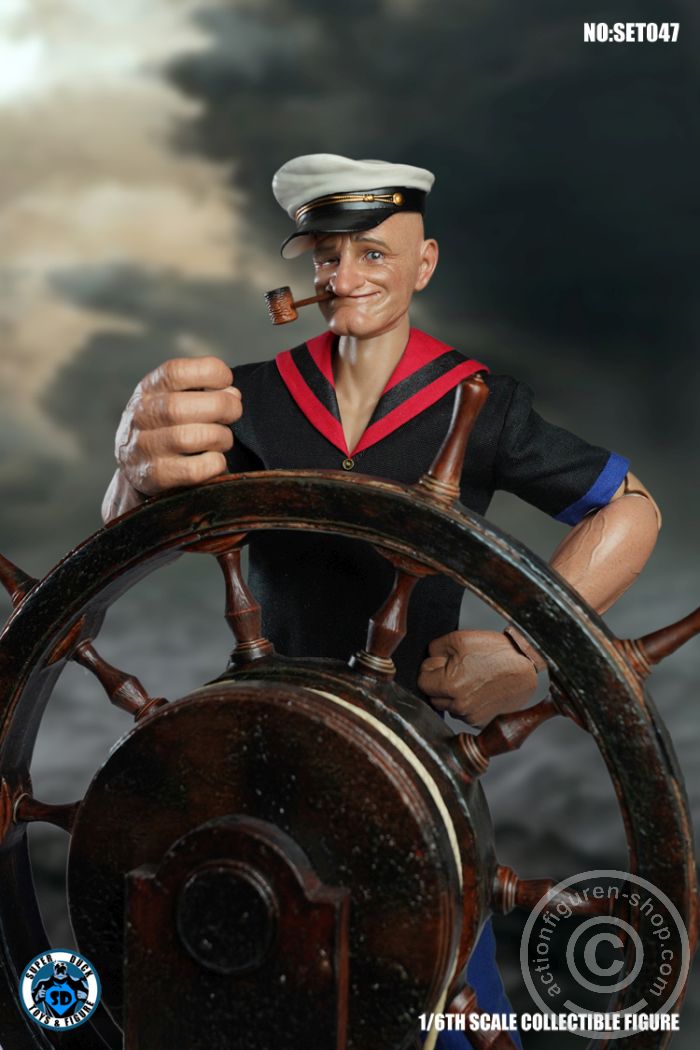 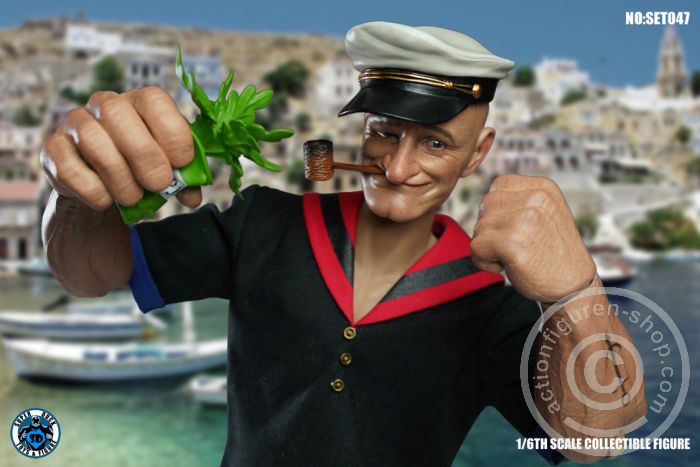 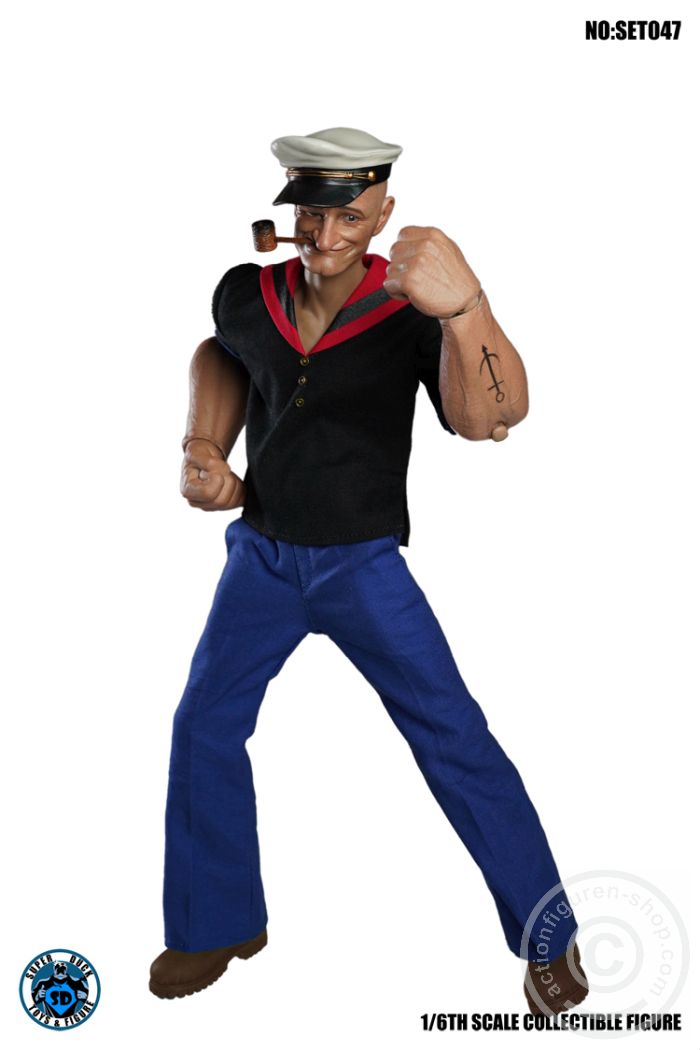 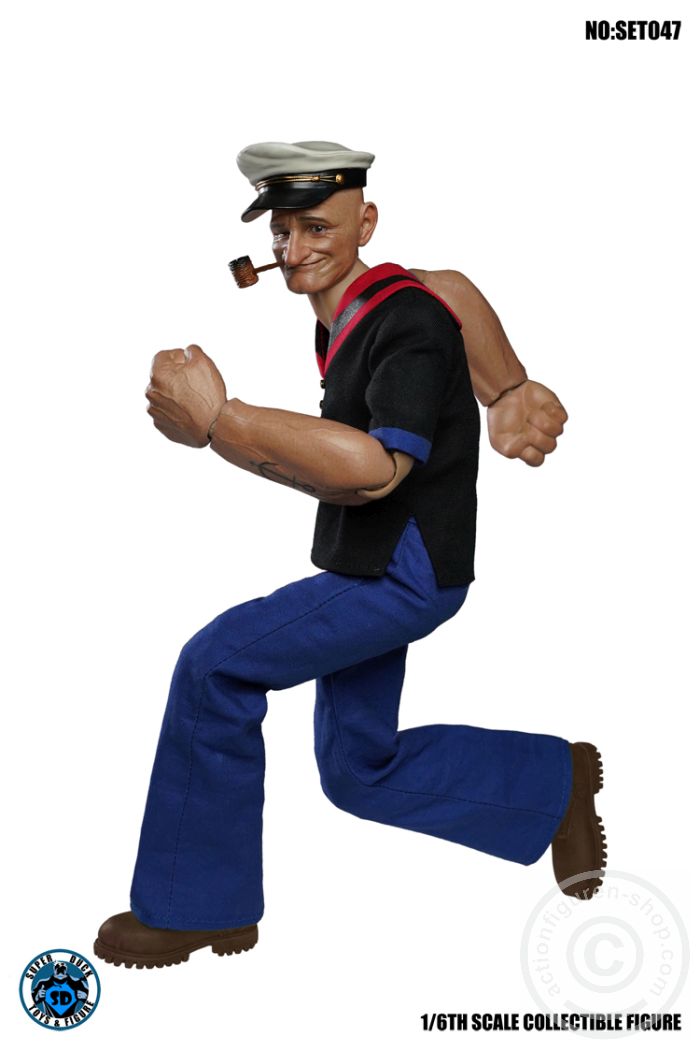