In the animated DC film Batman Ninja, Batman, along with several of his allies and adversaries, are thrust back in time to medieval Japan. Before he is transported in time, Batman has come to rely on his modern technology in his fight against crime.

This new 1/6 figure from Batman Ninja features the modern Batman before he must abandon technology. This high-tech Batman has light up eyes and removeable cowl piece to show lights beneath.  The body armor also lights up blue.  He comes with a batarang and a grappling gun.

The Deluxe version also has an alternate Bruce Wayne head, a spear and the Quake Engine.

• 1/6 scale body (approximately 30 cm tall) with over 30 points of articulation.

• Illuminated Helmet with light up function.

• Armor with light up function

o One (1) pair of shoulder armor

• One (1) Grappling Gun and hook (removeable) 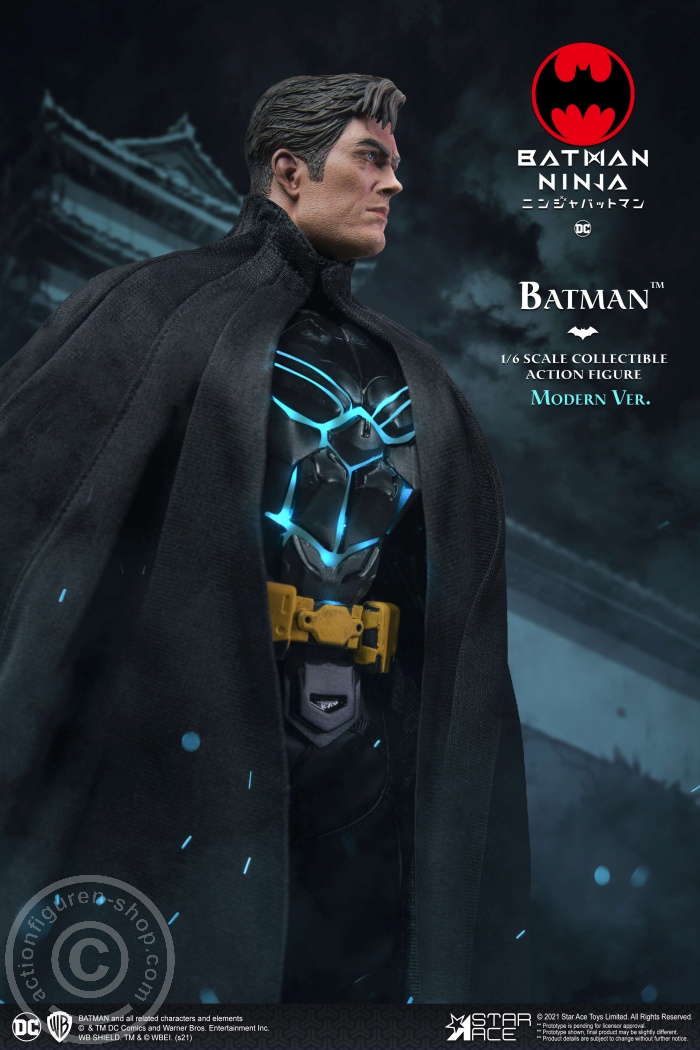 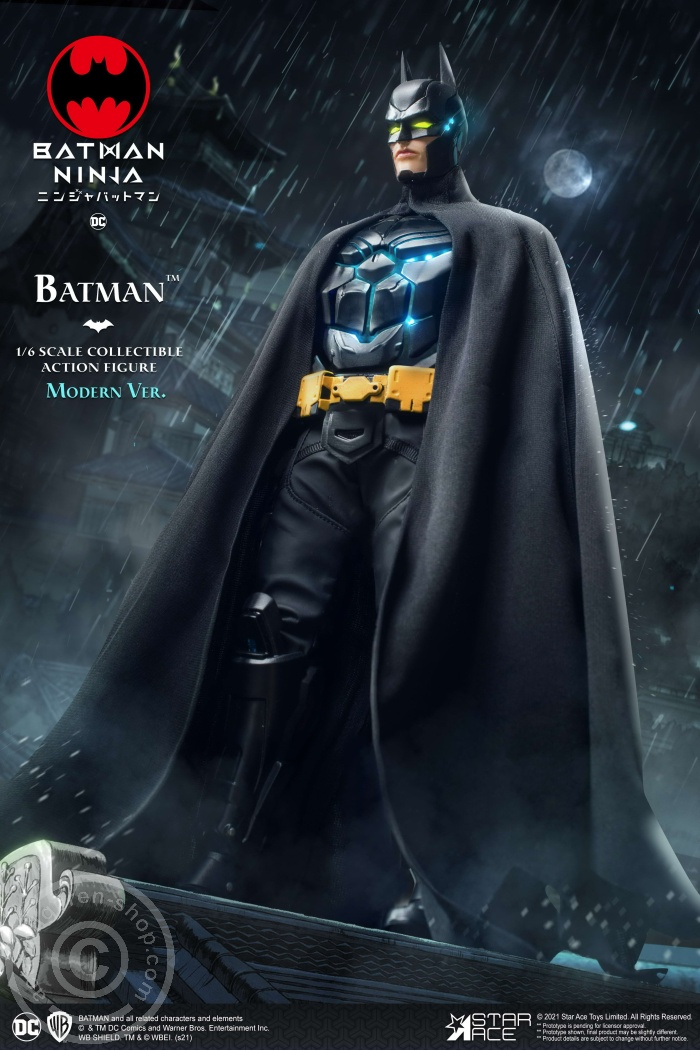 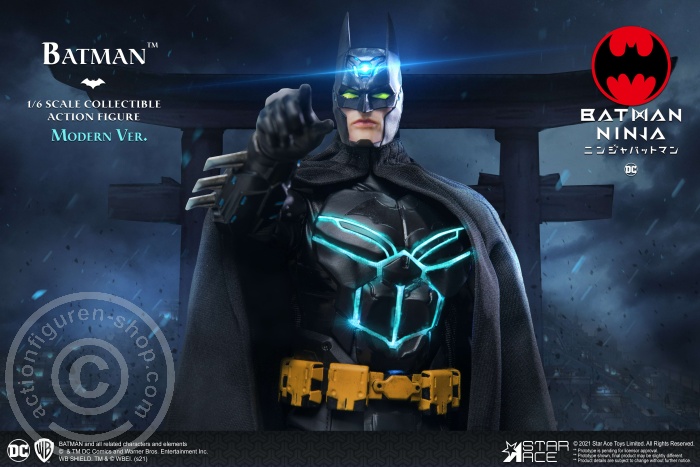 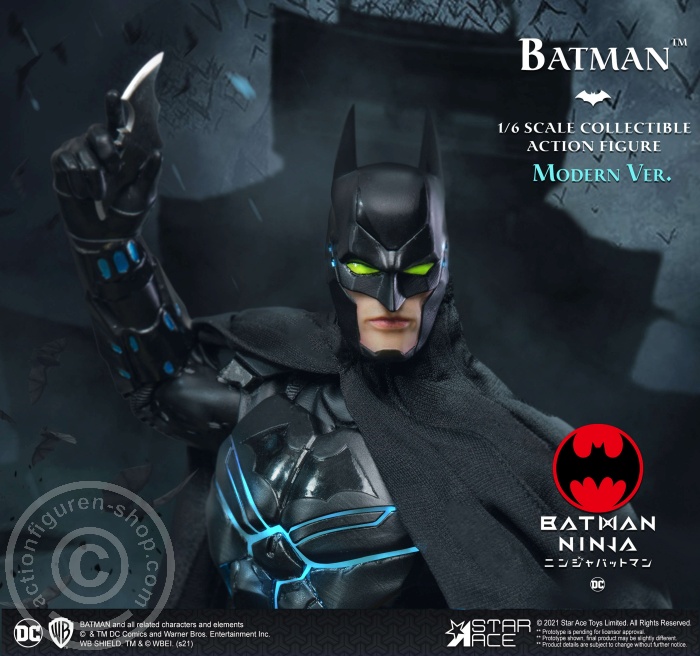 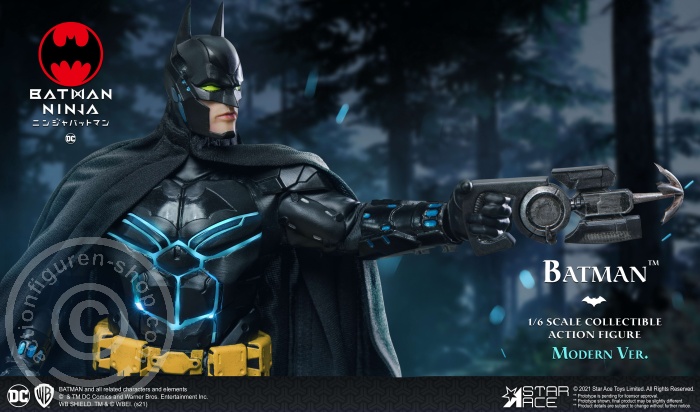 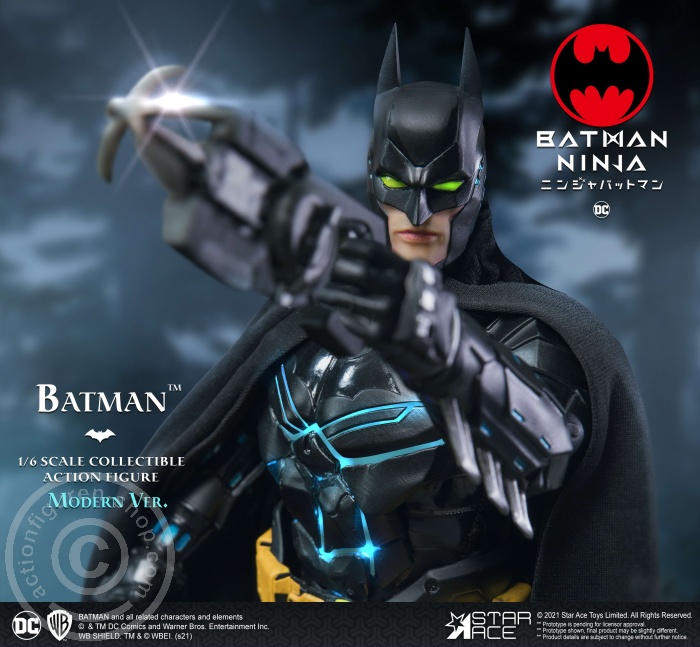 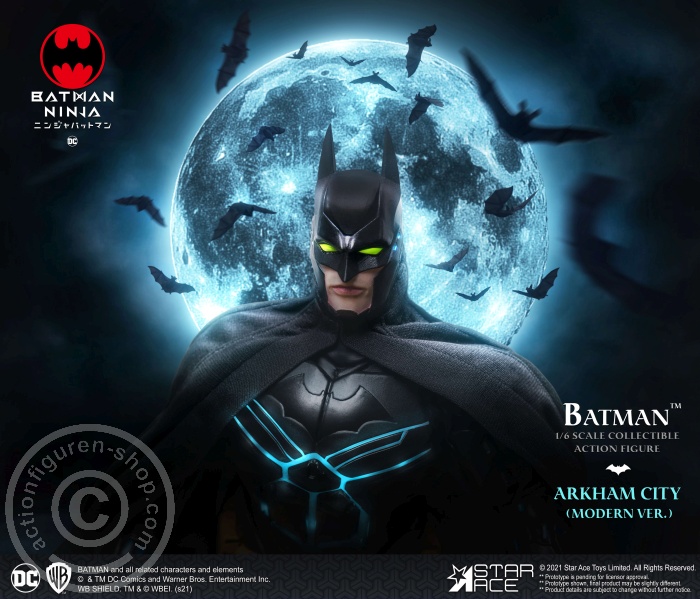 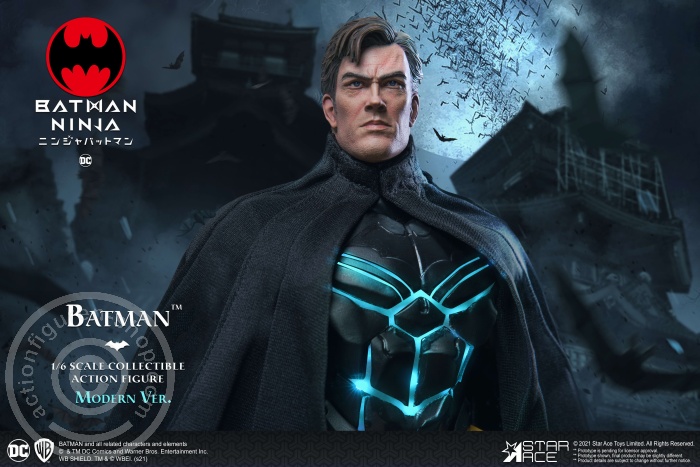 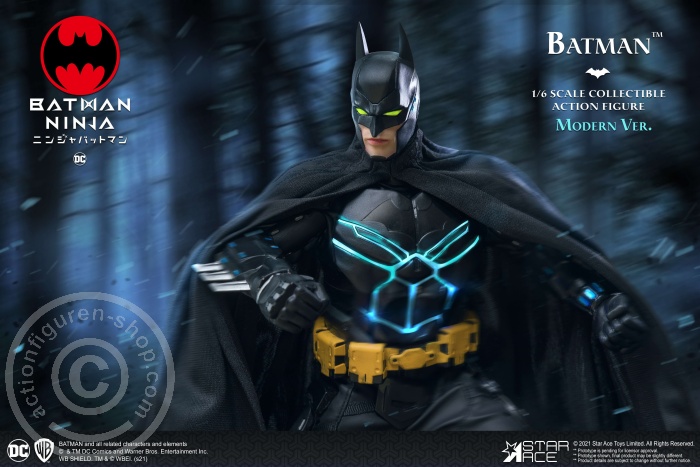 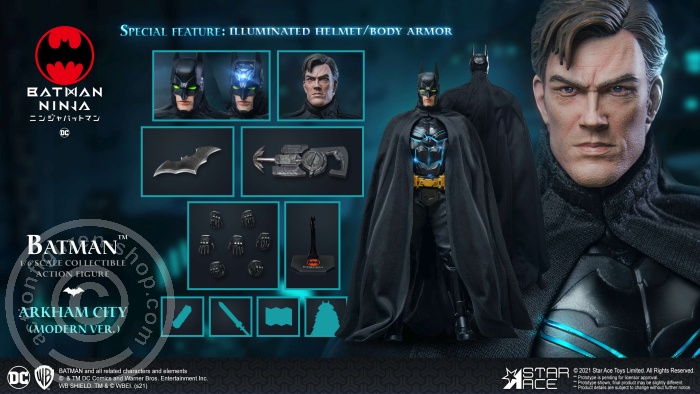