Mariya Vasilyevna Oktyabrskaya (Russian: Мария Васильевна Октябрьская; 1905 –1944) was a Soviet tank driver and mechanic who fought on the Eastern Front against Nazi Germany during World War II. After her husband was killed fighting in 1941, Oktyabrskaya sold her possessions to donate a tank for the war effort, and requested that she be allowed to drive it. Her request was granted. She was trained for five months to drive and fix a T-34 medium tank, which she named "Fighting Girlfriend" ("Боевая подруга"). Oktyabrskaya proved her ability and bravery in battle, and was promoted to the rank of sergeant. After she died from head wounds from battle in 1944, she was posthumously made a Hero of the Soviet Union, the Soviet Union's highest honor for bravery during combat.

Inspired by this heroic and romantic story, after one year of research and design, Facepoolfigure is proud to release this 1/6 scale collectible figure “Fighting Girlfriend”. The head sculpture is originated from a few limited records of Mariya. Her clothing and equipment are based on those of soviet tank crew during the late war period. With this figure, we hope to start a series of products based on real historical events. We invite all collectors and history buffs to discover history with us.

Order of the Patriotic War 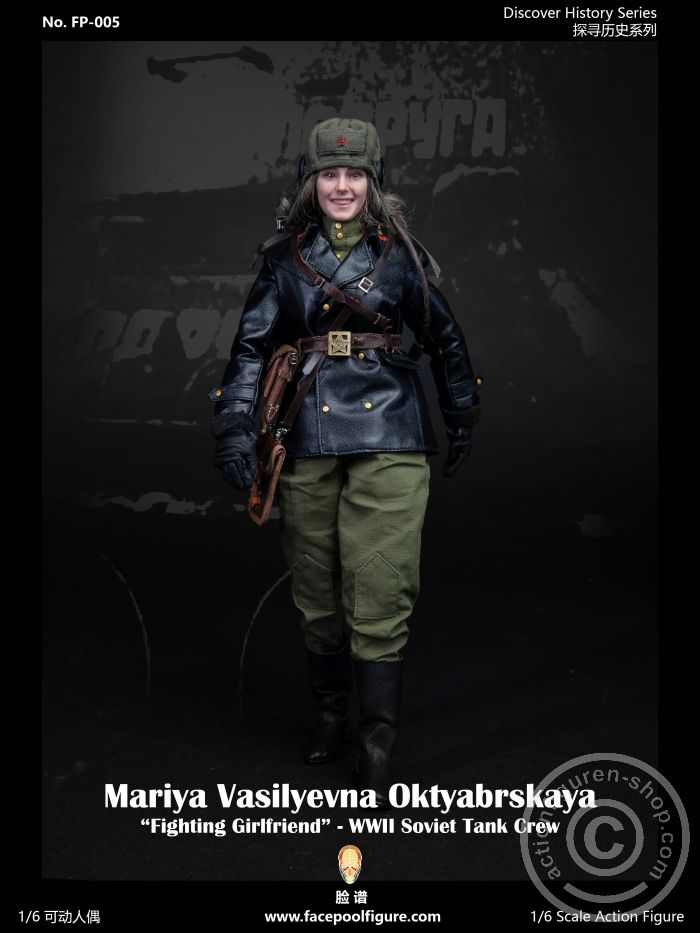 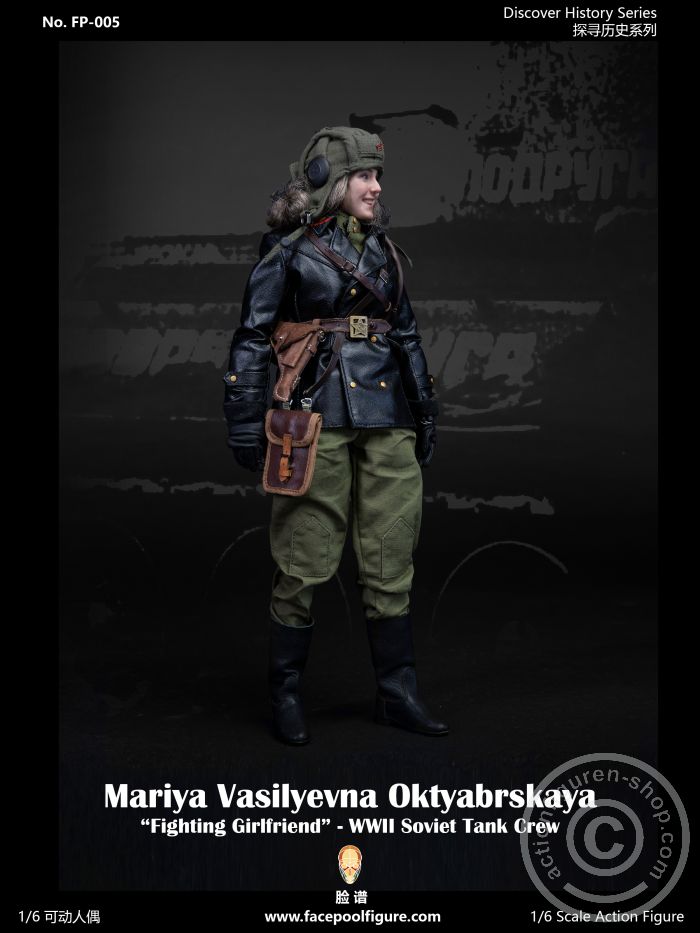 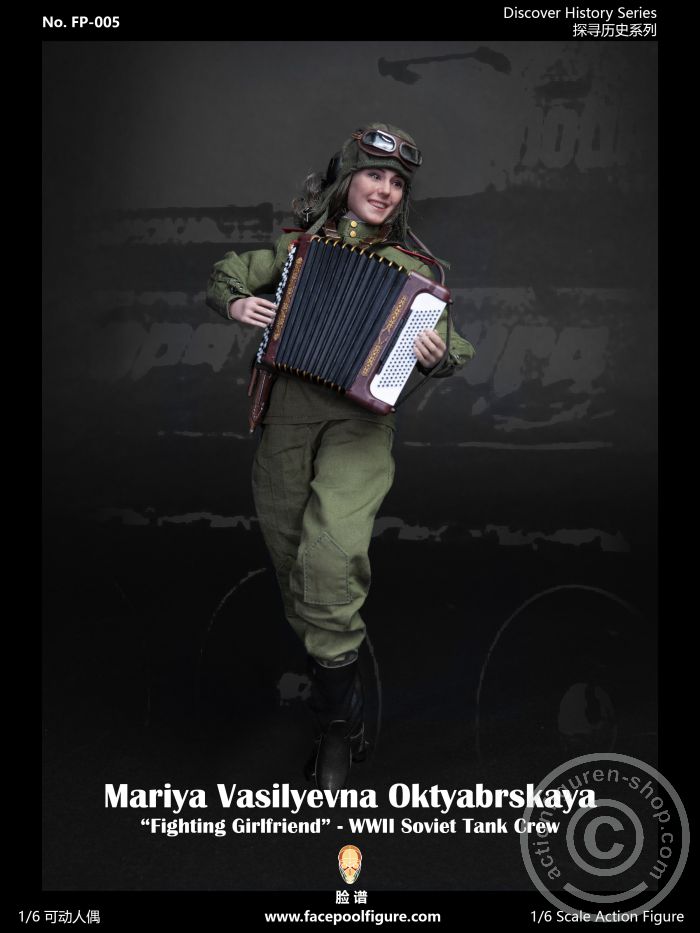 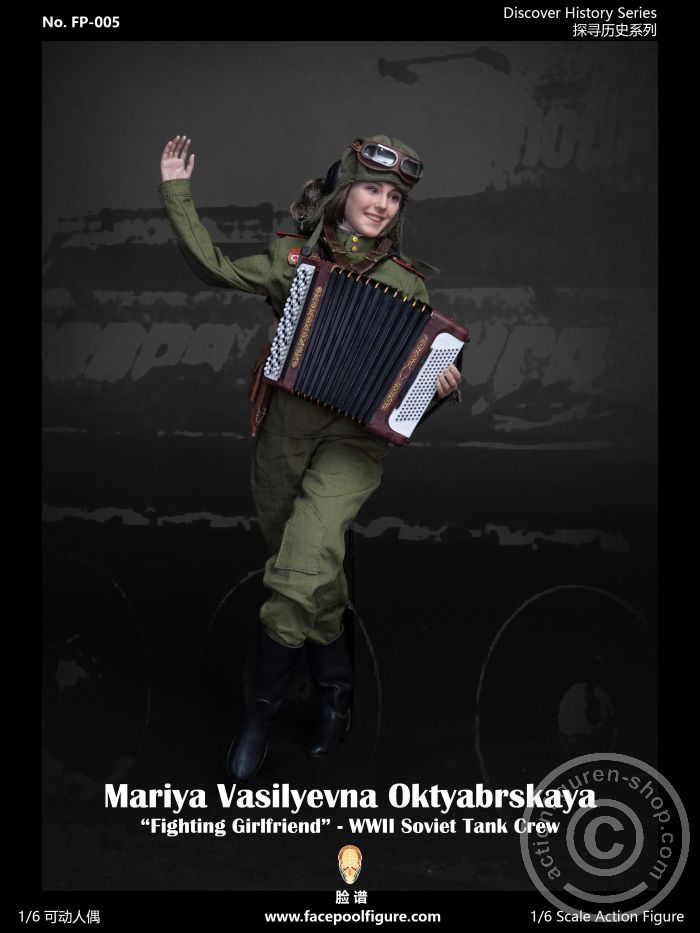 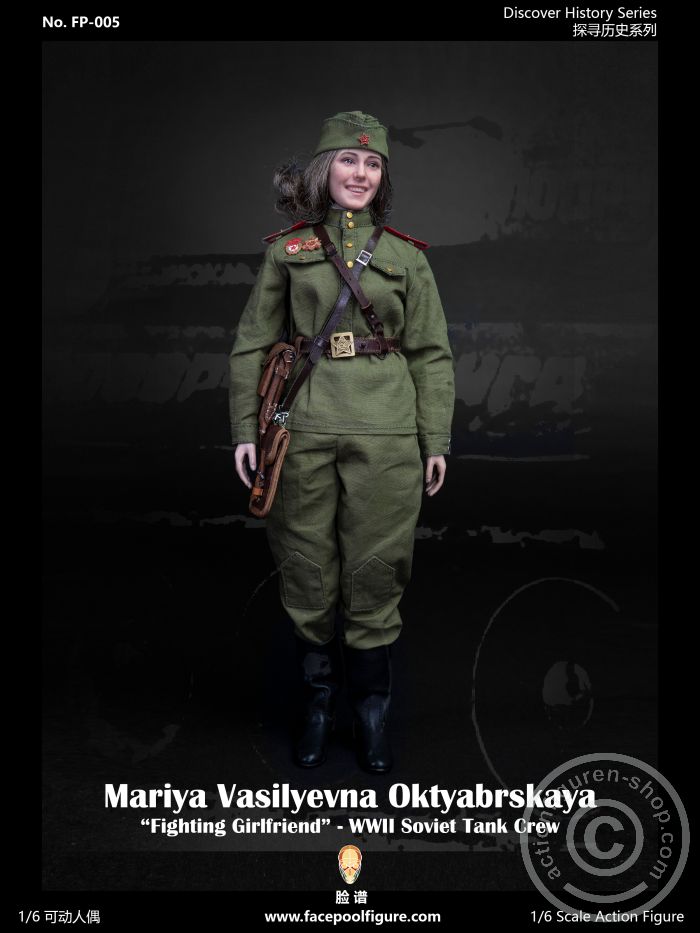 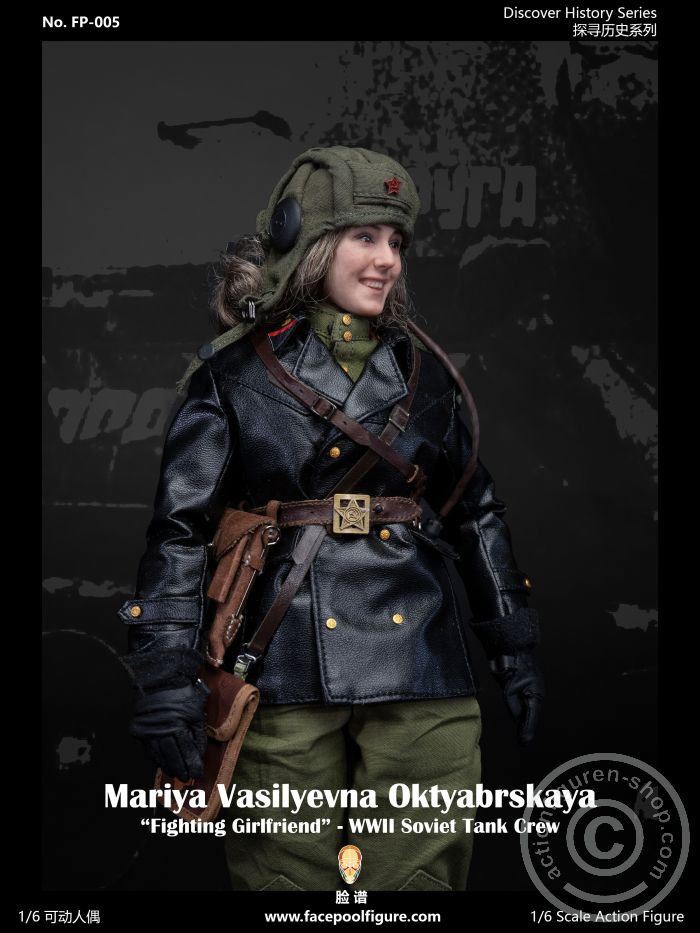 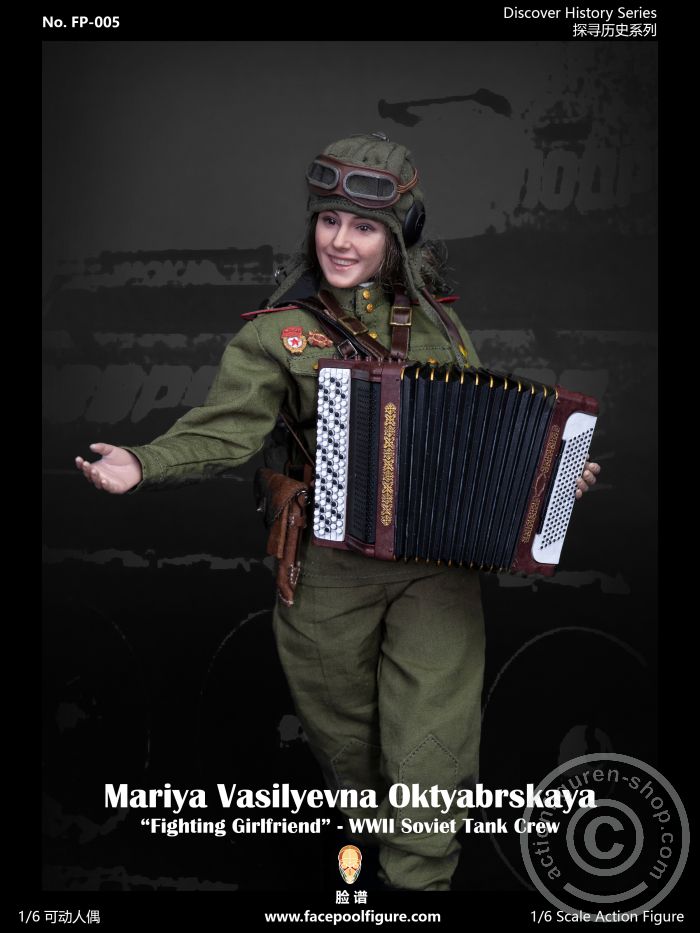 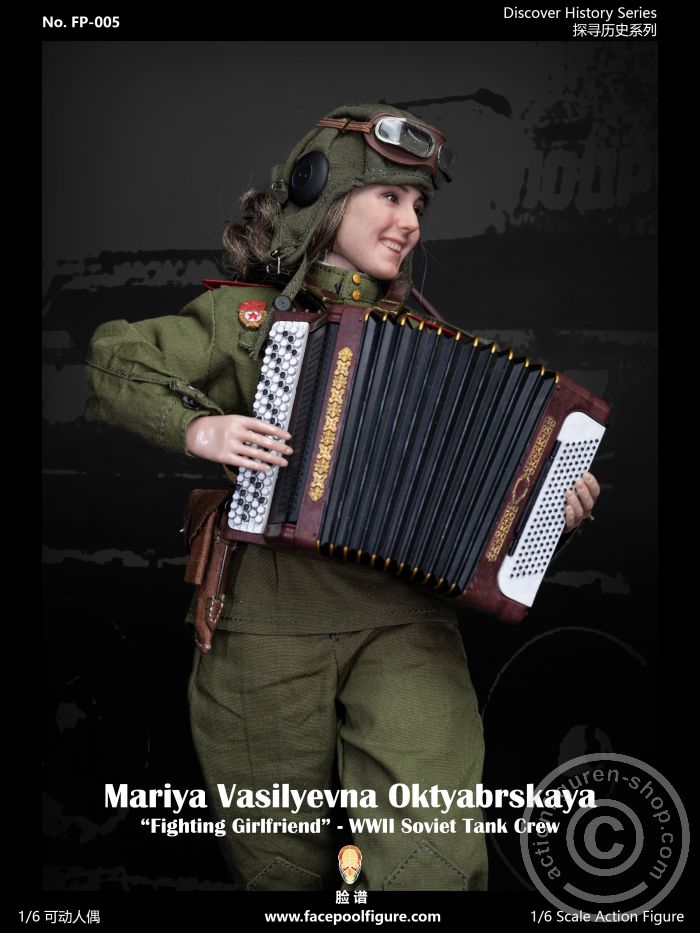 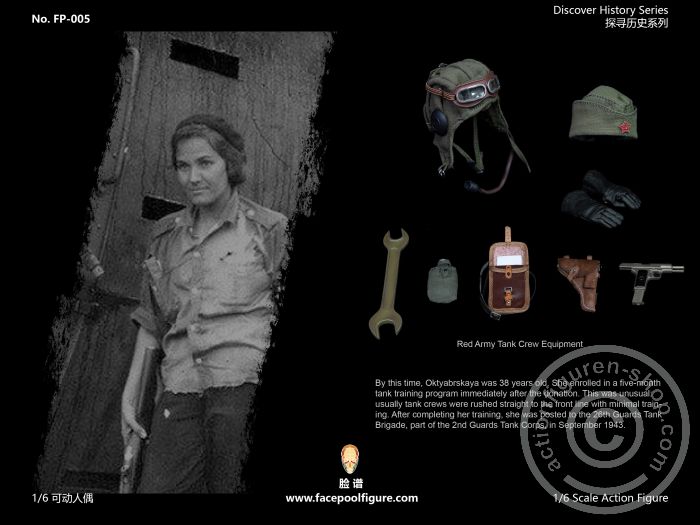 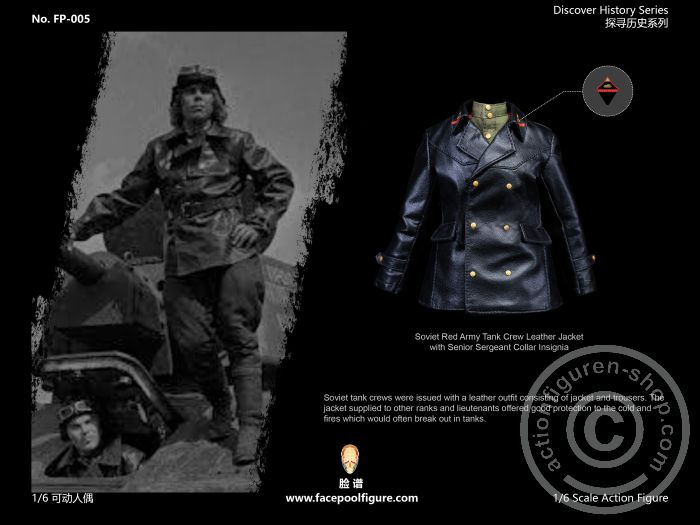 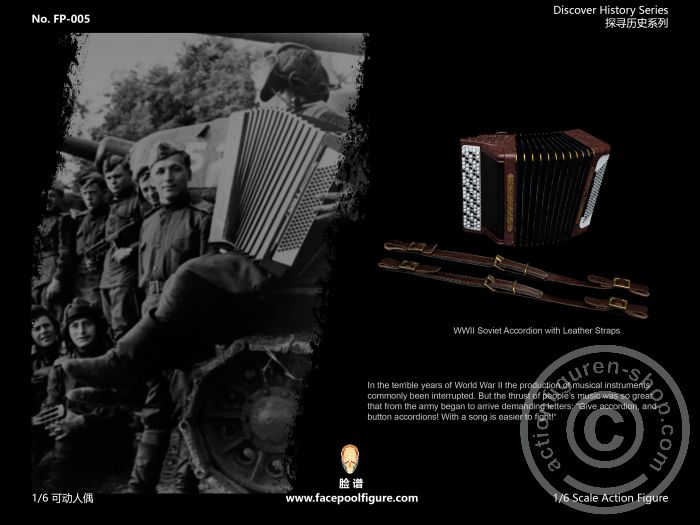 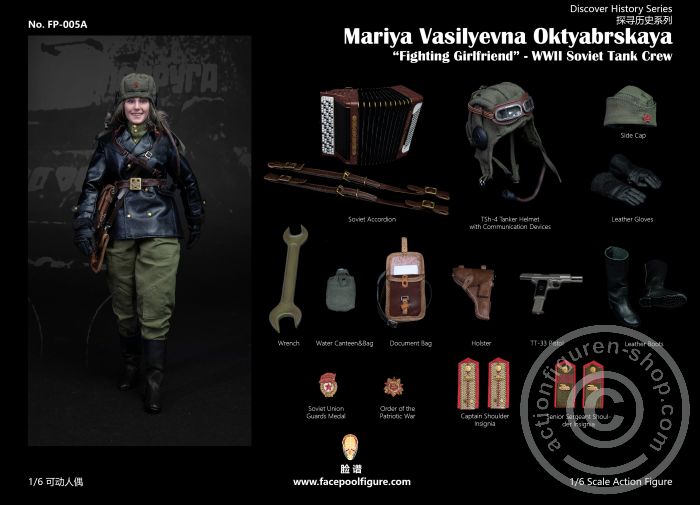