Marcus Nonius Macrinus war ein römischer Senator des 2. Jahrhunderts n. Chr. und Suffektkonsul im Jahr 154. Verschiedene Inschriften deuten darauf, dass Nonius Macrinus came from Brescia in northern Italy. His senatorial career is known from an inscription on the base of a statue that was erected for him on the agora in Ephesus, Asia Minor. Accordingly, he was Decemvir stlitibus iudicandis, military tribune of a legion, quaestor, legate in the province of Asia, tribune of the people, praetor, legate of Legio XIV, suffect consul in 154 AD and curator Tiberis et alveorum. After his governorship in the province of Pannonia inferior, his legacy in Pannonia superior was first made tangible through a military diploma dated June 21, 159. Subsequently, Nonius Macrinus was a legate and military companion (comes) of the emperor Mark Aurel during the Marcomannic Wars (166-180) and priest of the deified Lucius Verus. In the year of office 170/171 he was proconsul of the province of Asia, where the statue in Ephesus was erected for him due to unspecified merits. In addition to the cult college for the late Emperor Verus, into which he was accepted as an amicus of the emperor, he also belonged to the Quindecimviri sacris faciundis. (C) Wikipedia

Note: Note: Some decorations on the uniform, armor or belt may have fallen off and only need to be reattached with a tiny drop of glue. 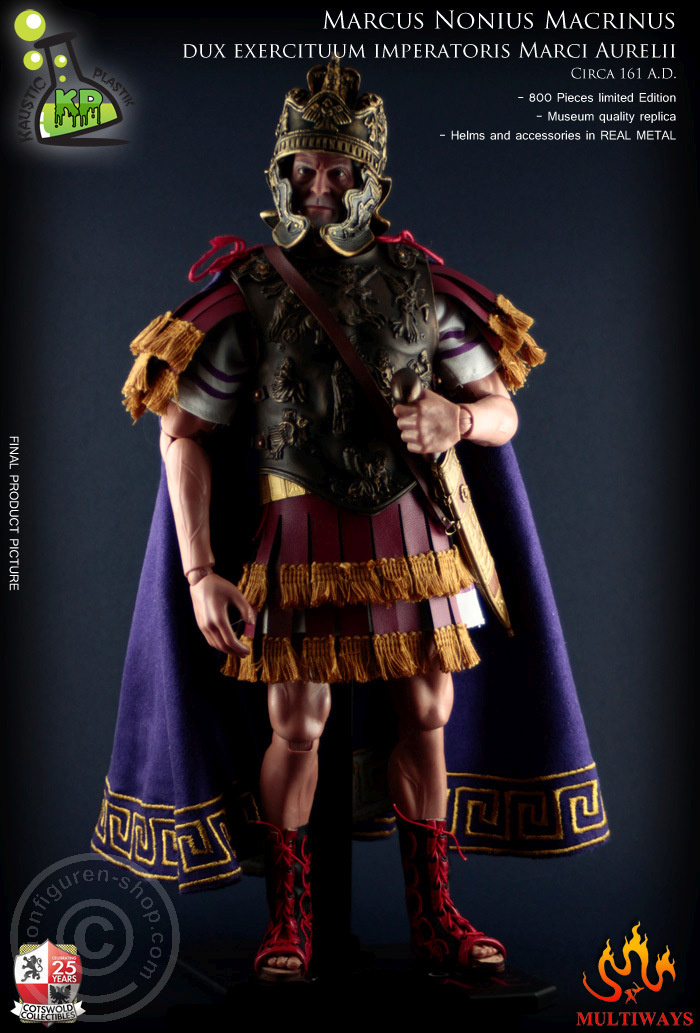 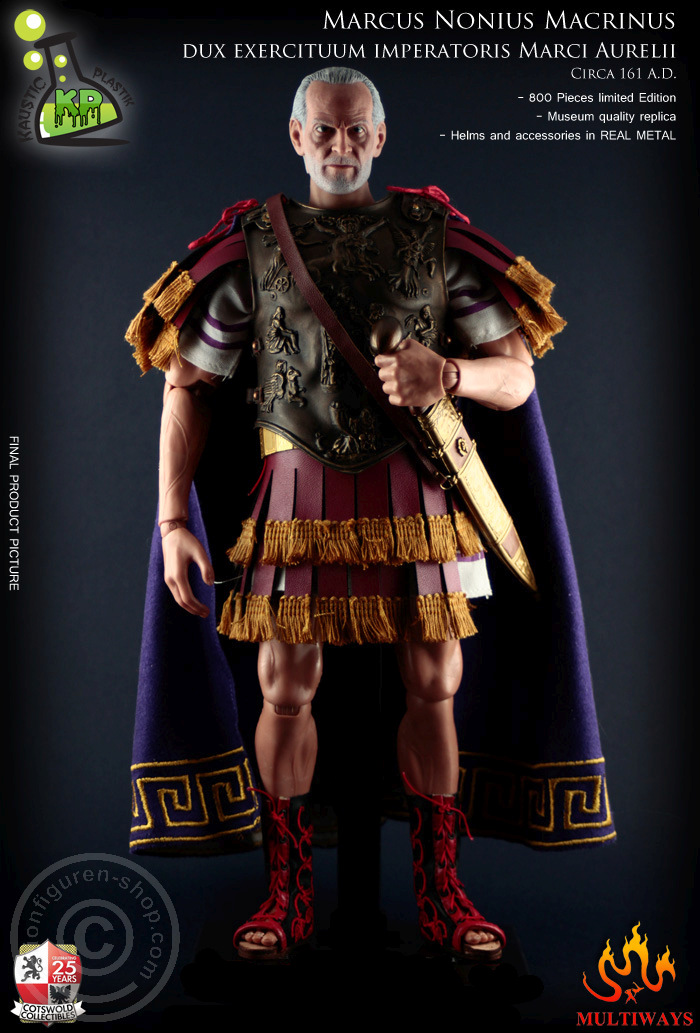 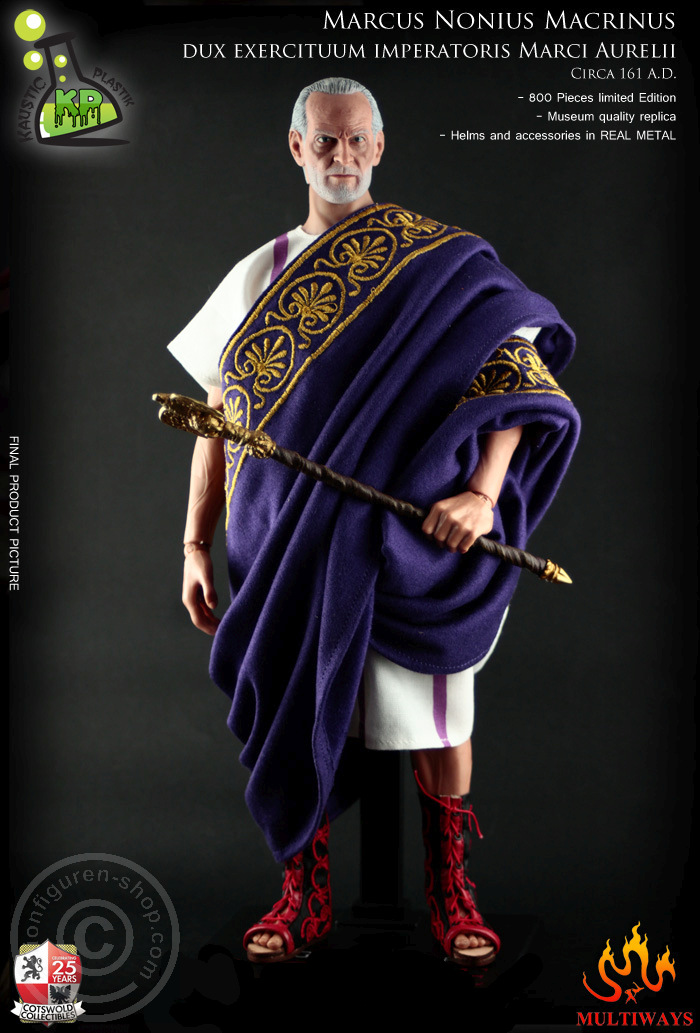 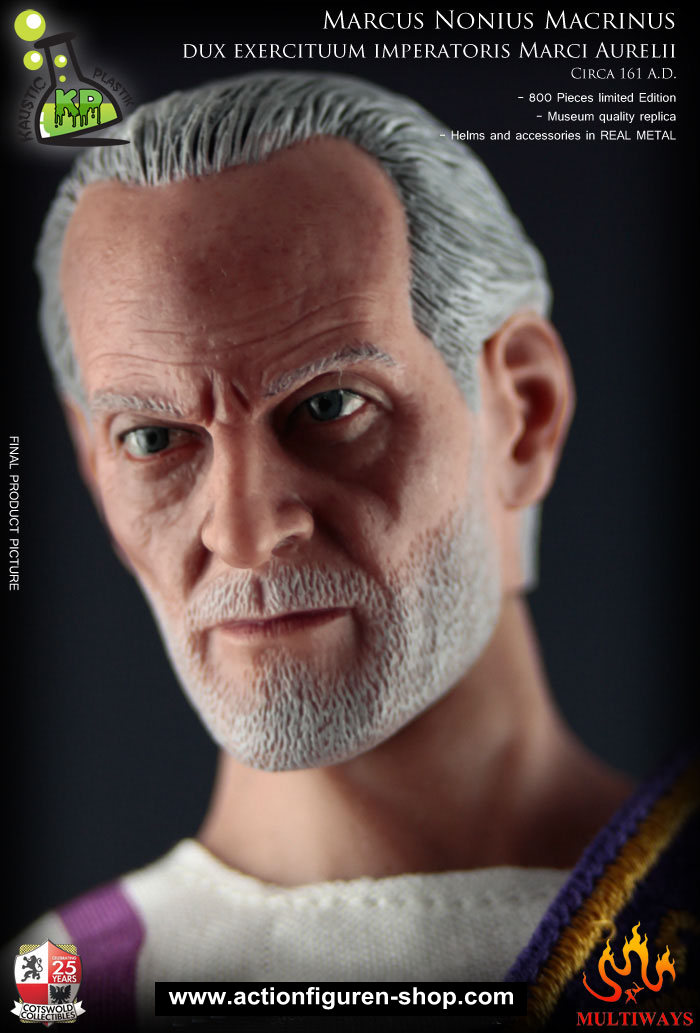 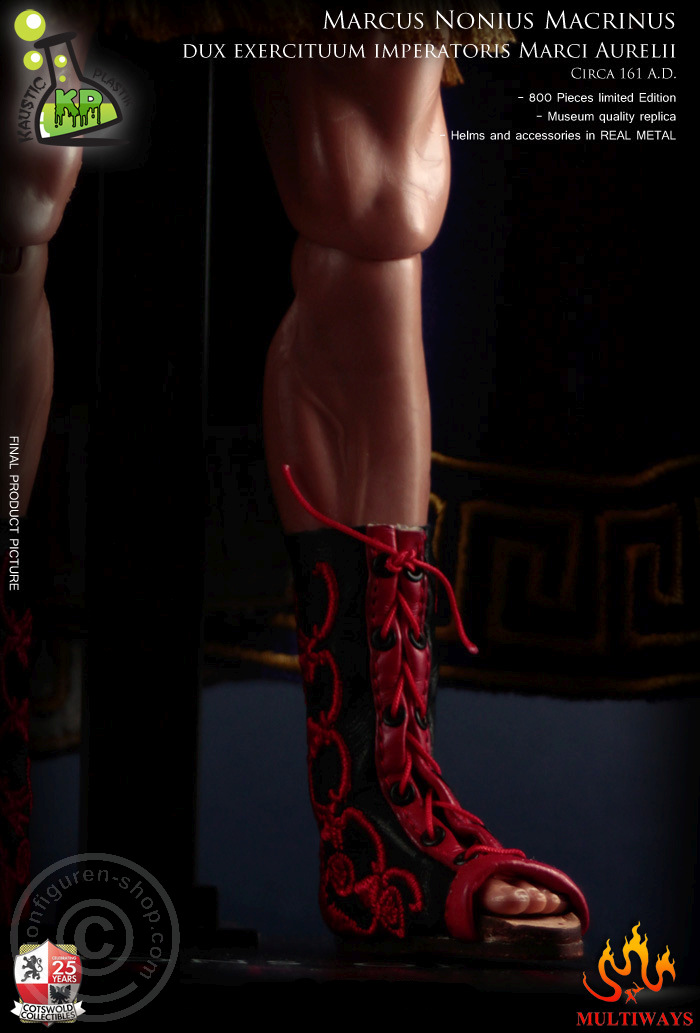 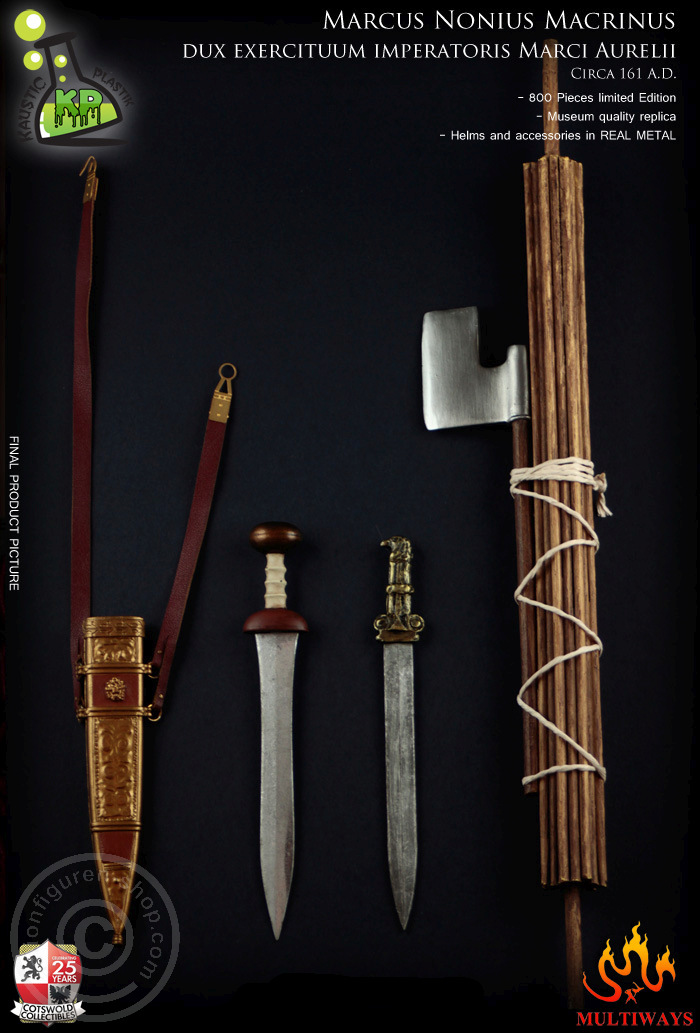 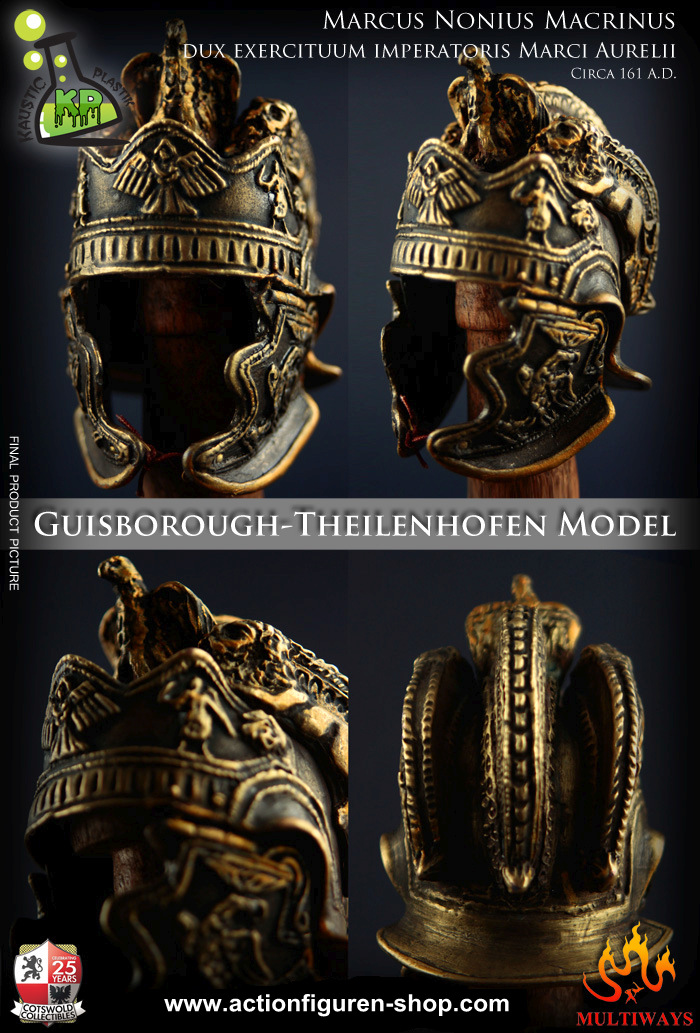