John Winston Lennon (9 October 1940 – 8 December 1980) was an English singer, songwriter and peace activist who gained worldwide fame as the founder, co-lead vocalist, and rhythm guitarist of the Beatles. His songwriting partnership with Paul McCartney remains the most successful in musical history. In 1969, he started the Plastic Ono Band with his second wife, Yoko Ono. After the Beatles disbanded in 1970, Lennon continued as a solo artist and as Ono's collaborator.  In 1975, Lennon disengaged from the music business to raise his infant son Sean, and in 1980, returned with the Ono collaboration Double Fantasy. He was shot and killed in the archway of his Manhattan apartment building by a Beatles fan, Mark David Chapman, three weeks after the album's release. (c) Wikipedia

- About 36 points of articulation

- Three (3) pairs of interchangeable Hands, including:

- One (1) pair of Leg thickening Shells 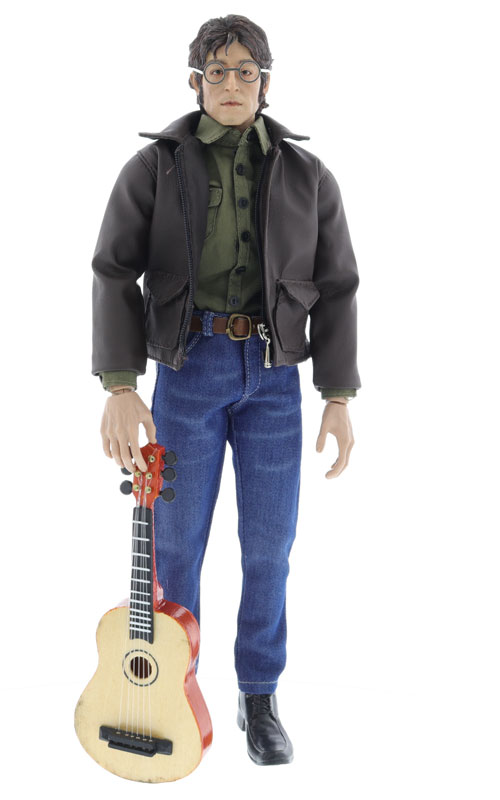 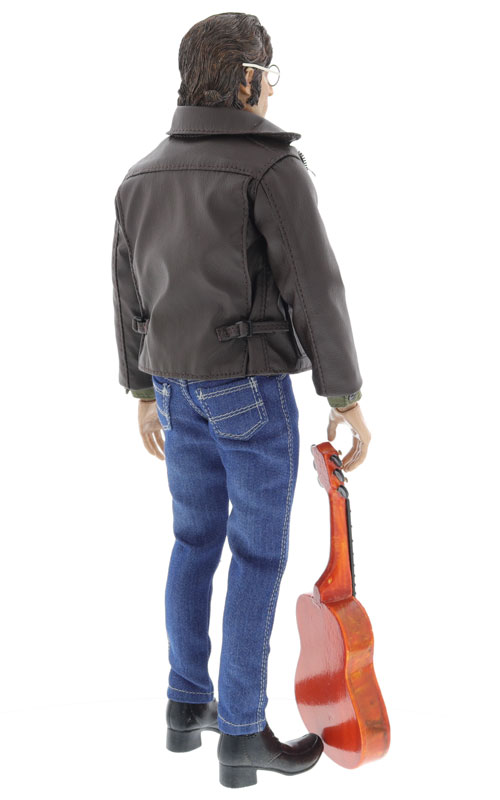 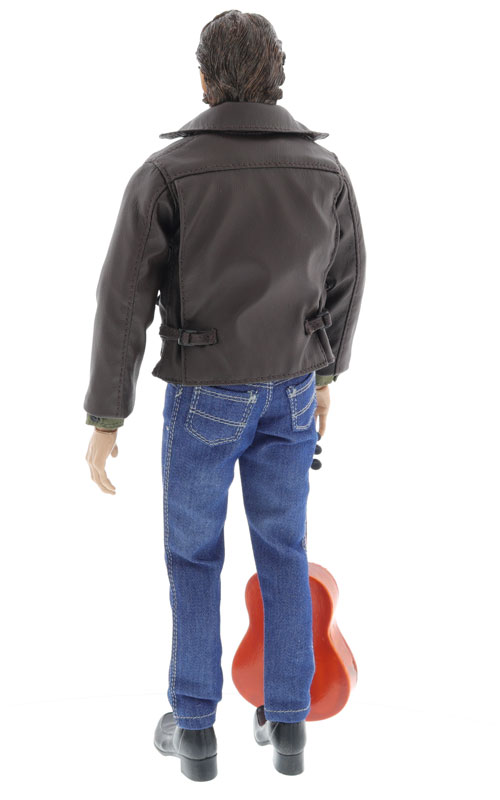 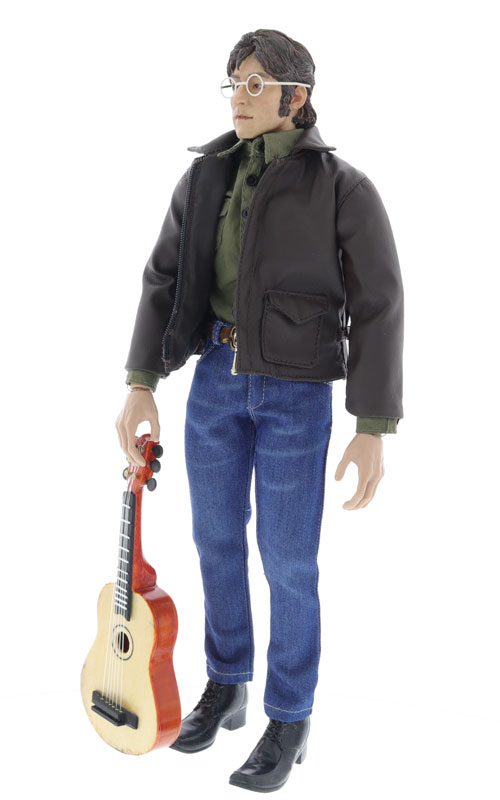 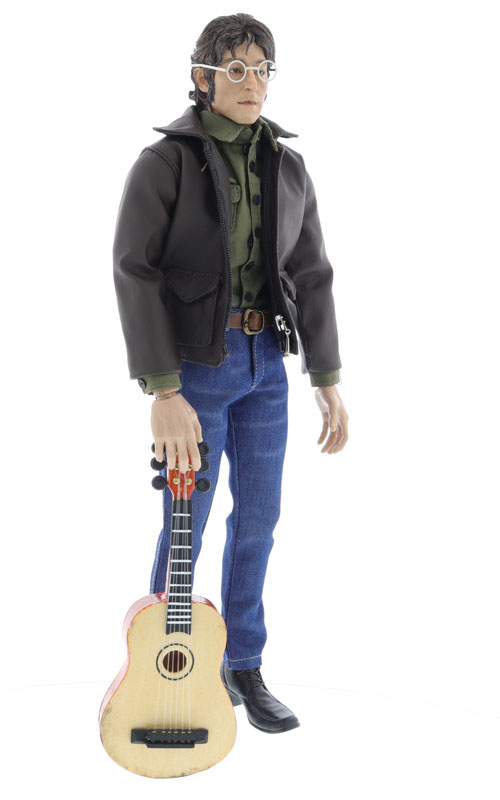 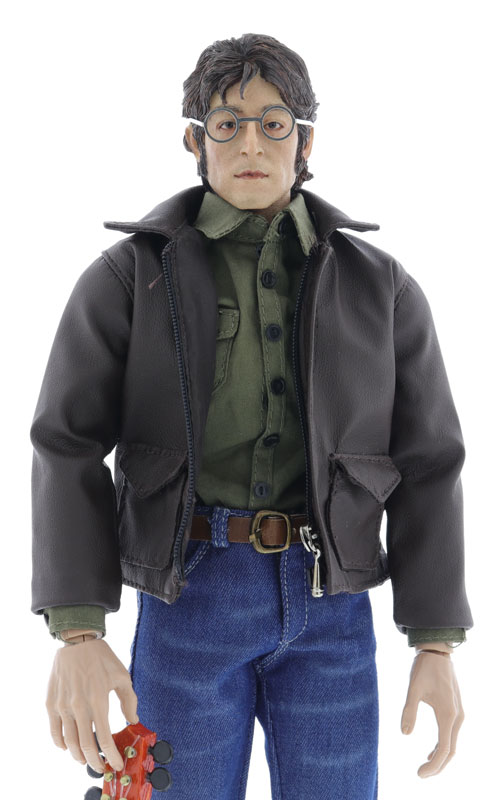 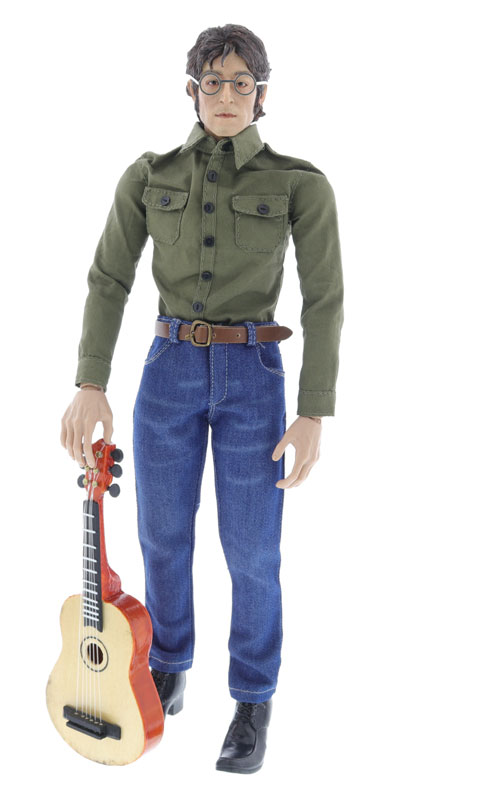 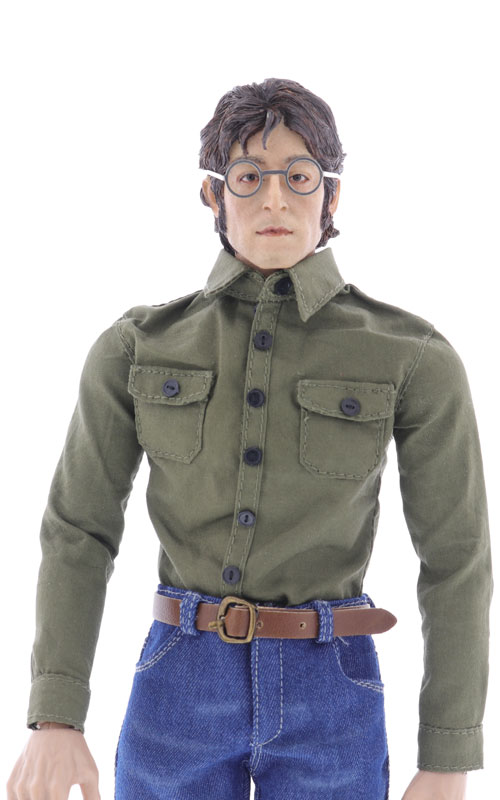 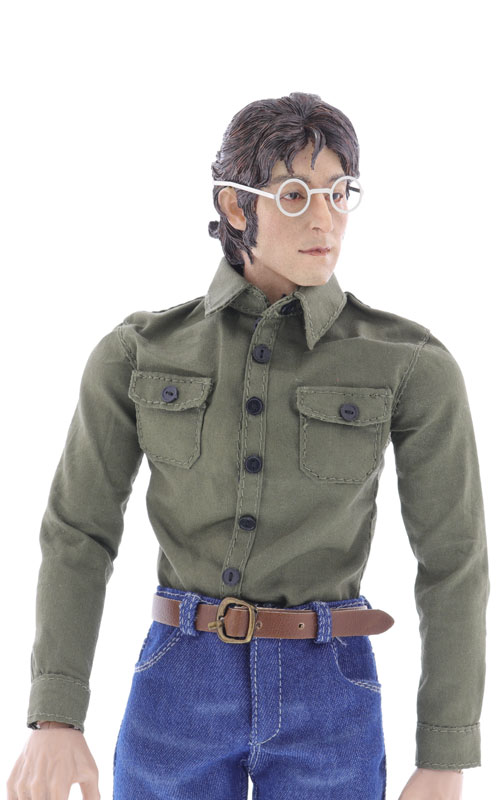 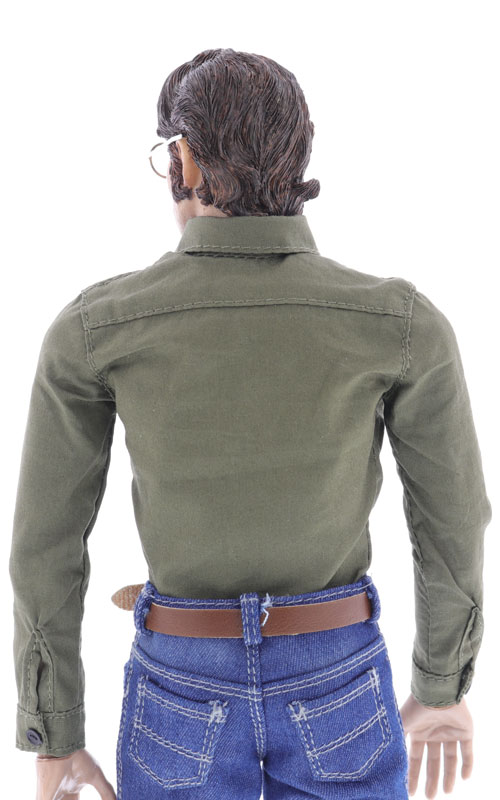