“I can do this all day.” – Captain America

After the Avengers devise a plan to travel back in time and gather up the six Infinity Stones so they can use them to undo the snap. The Avengers split up, with Captain America, Iron Man, Ant-Man, and Bruce Banner revisiting the Battle of New York in 2012, which took place in The Avengers. Blocking Cap’s efforts to get his hands on the Mind Stone from Loki’s scepter is Captain America himself. The Super-Soldier is forced to fight his 2012 counterpart.

To mark the beginning of 2020, Hot Toys is excited to introduce today the 1/6th scale collectible figure of Captain America, who continues to be an adored and popular super hero in the Marvel Cinematic Universe. This newly debuted 2012 Version specially highlights his hero suit back in 2012, for fans to recreate the impressive scene with Captain vs. Captain in Avengers: Endgame!

Skillfully crafted based on the screen appearance of Chris Evans as Captain America/Steve Rogers in Avengers: Endgame, the Captain America (2012 Version) figure features a newly developed helmeted head sculpt and an un-helmeted head sculpt, a muscular body with enhanced articulation portraying Captain America’s toned body, a finely tailored outfit with star emblem on the chest, the star-spangled shield, Loki’s scepter with carrying case and a movie-themed figure stand. This unbeatable Captain America figure will put you right into the heart of the battle!

-      Authentic and detailed likeness of Chris Evans as Captain America in Avengers: Endgame

-      Each piece of head sculpt is specially hand-painted

-      One (1) blue, grayish-white and red Captain America suit with embossed pattern and star emblem in chest

-      A movie-themed figure stand with movie logo and character name

•        Minor details of the figure could be subjected to change without further notice.

•        Final product may slightly vary from the pictured prototype 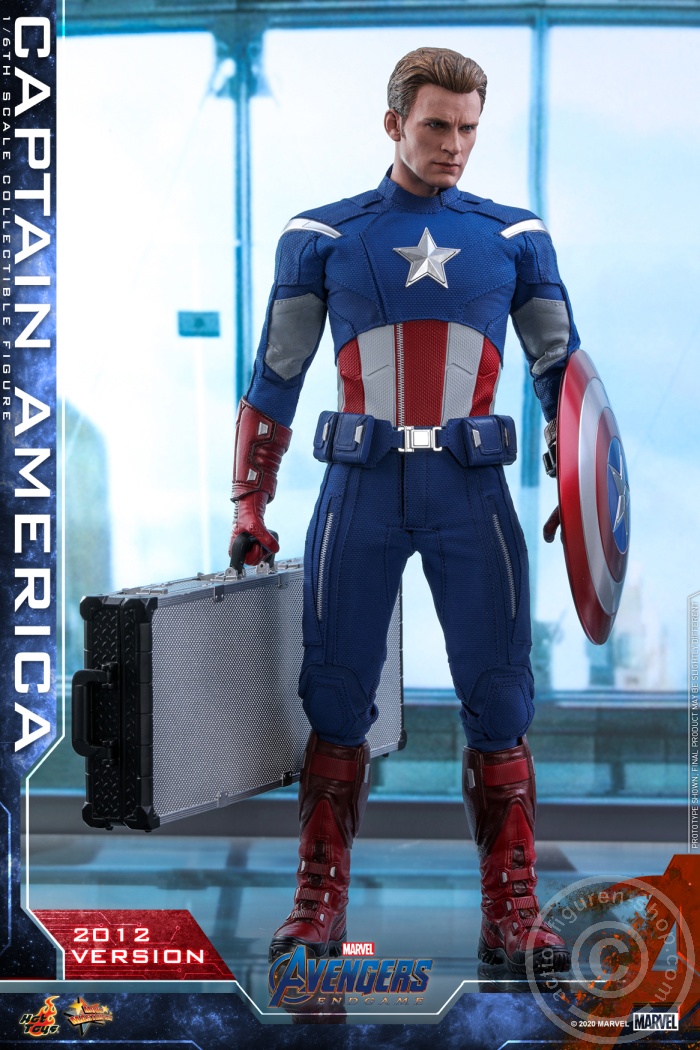 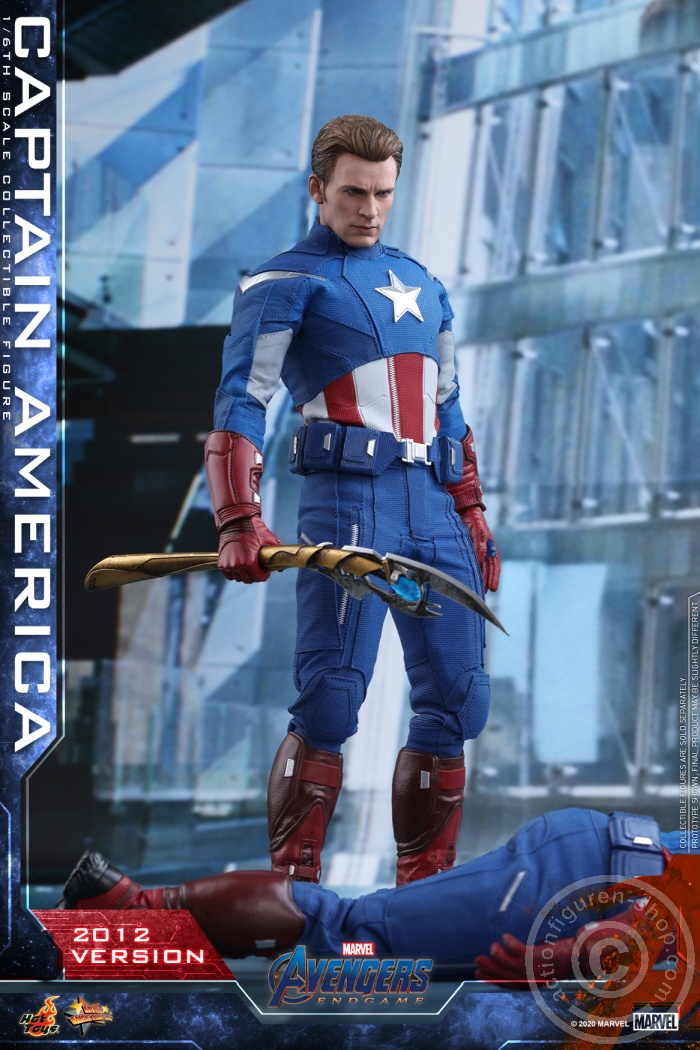 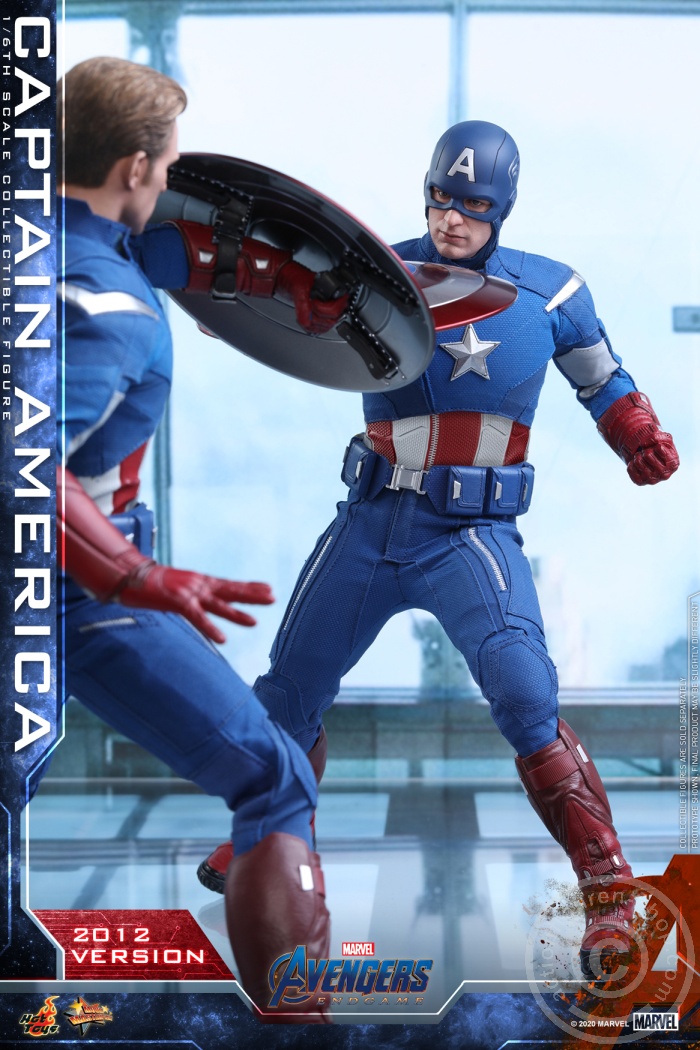 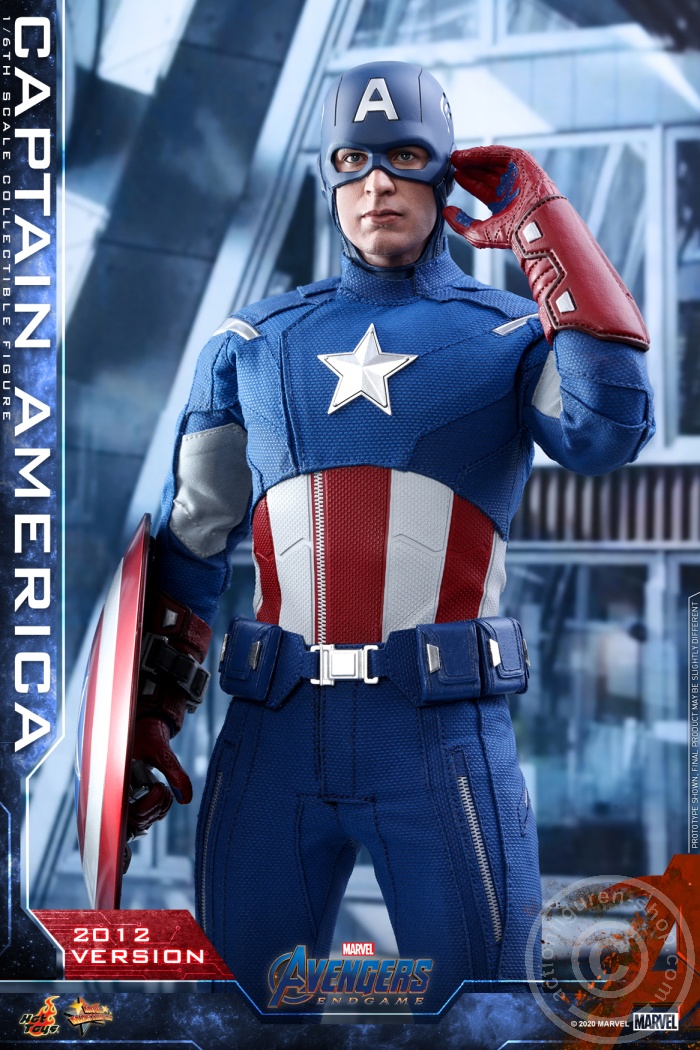 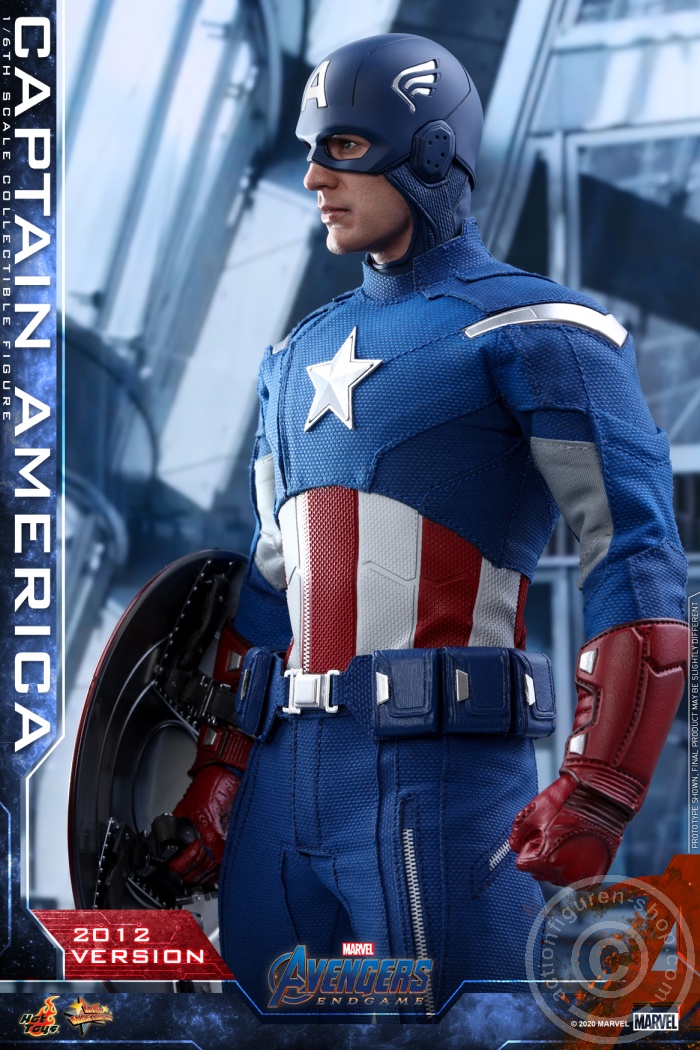 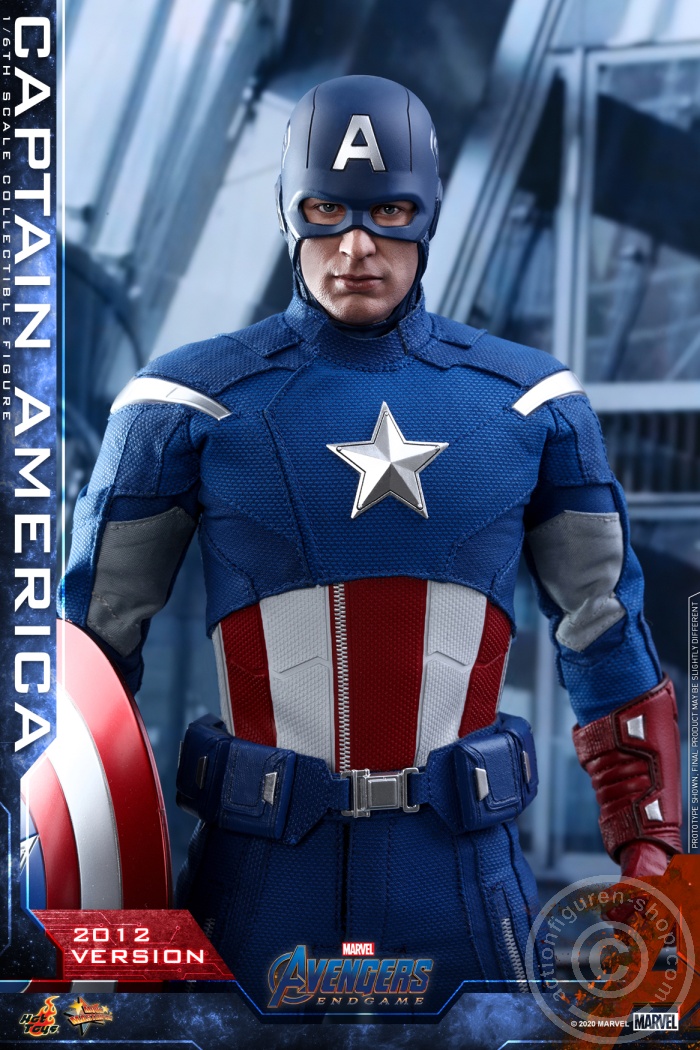 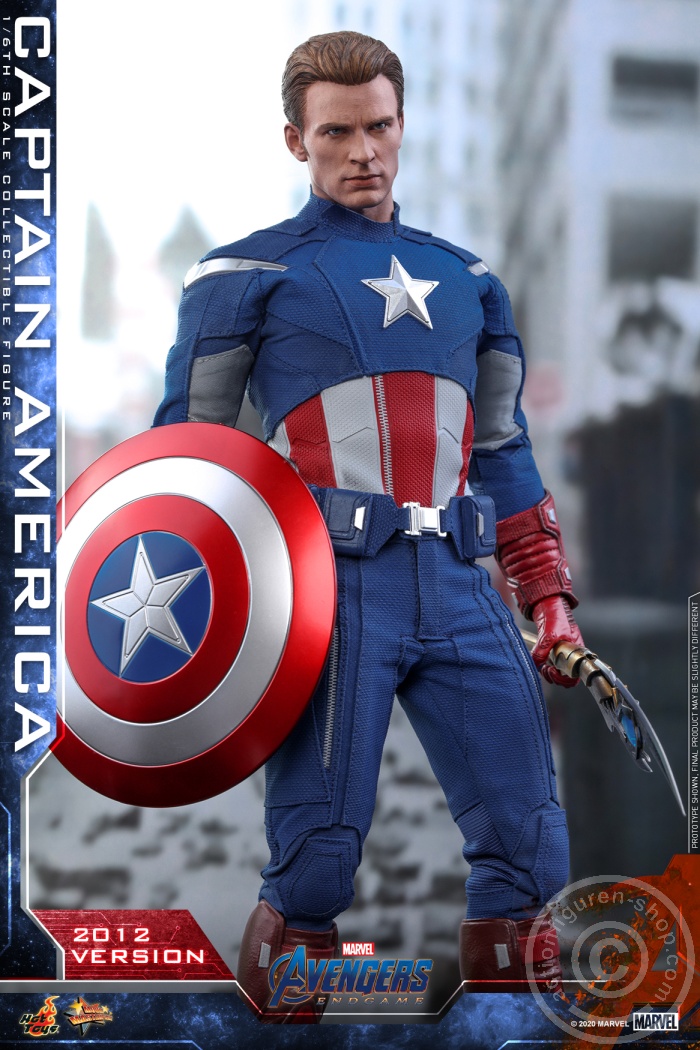 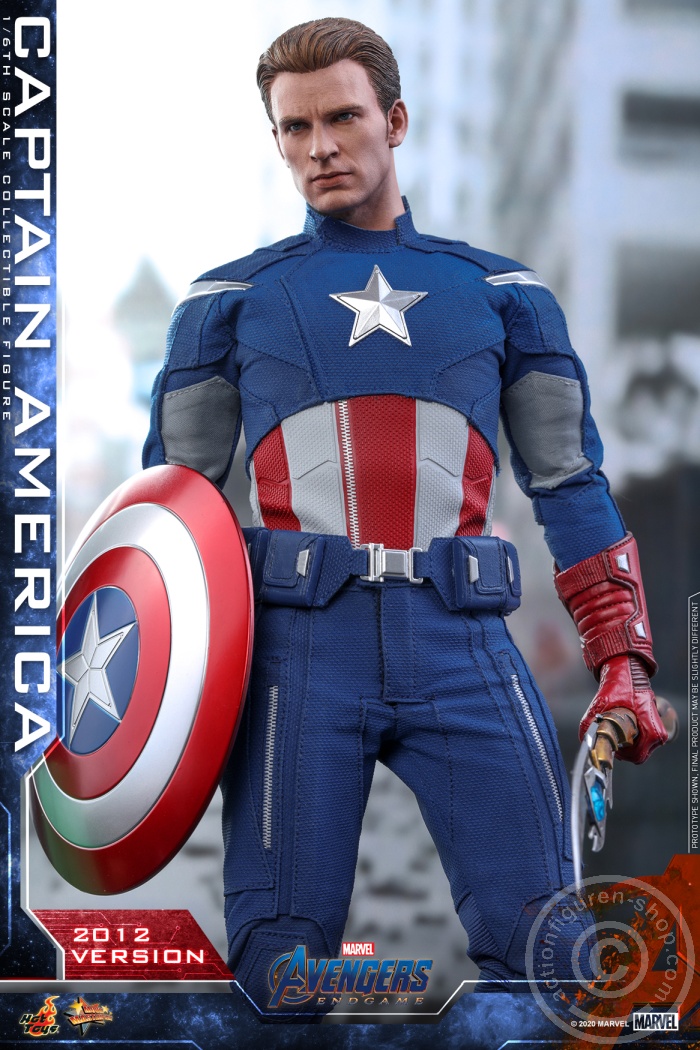 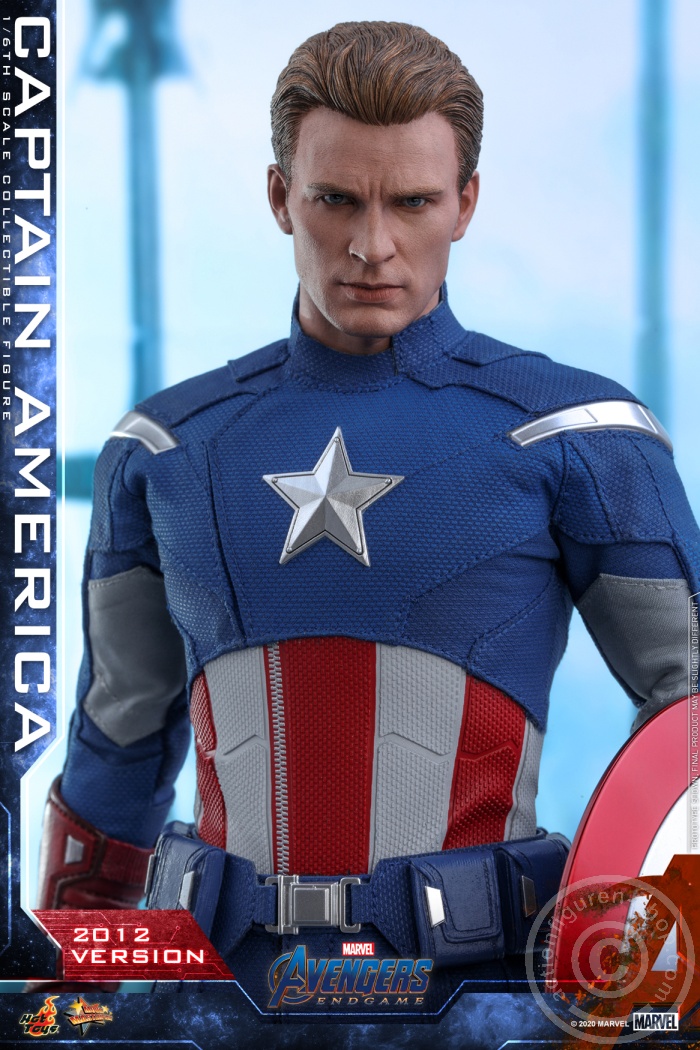 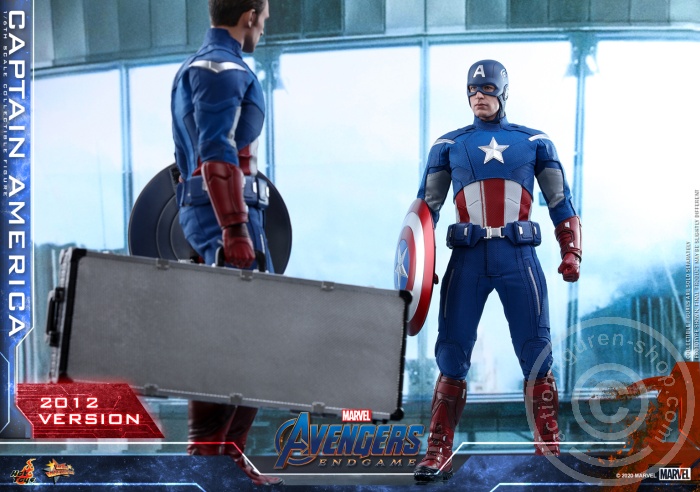 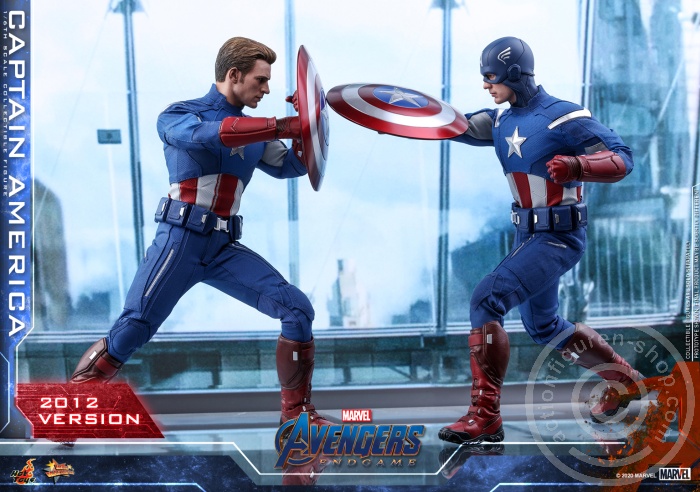 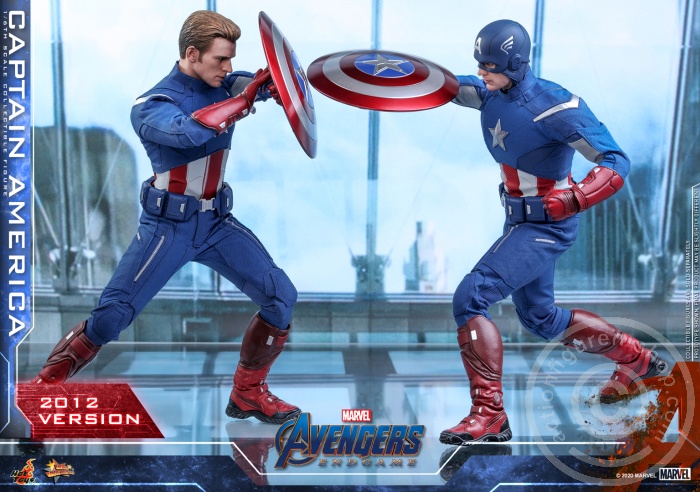 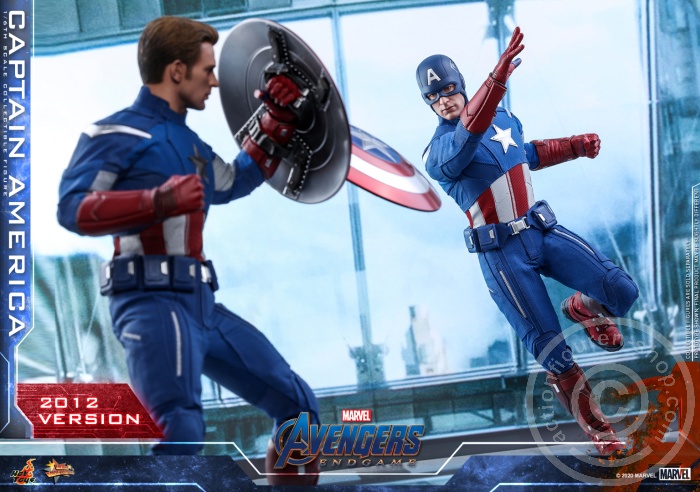 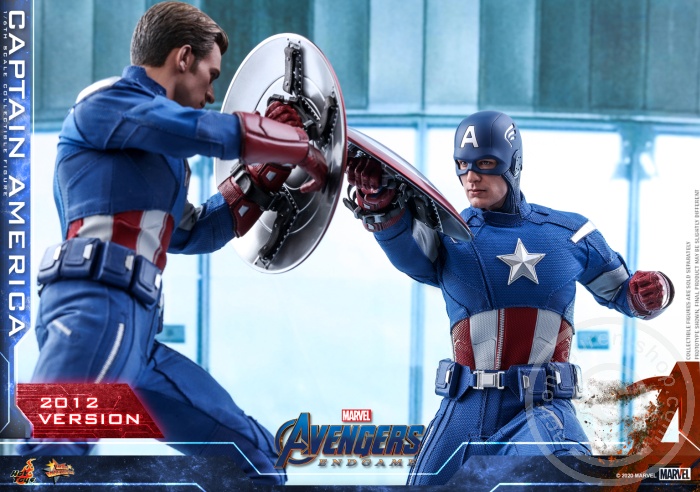 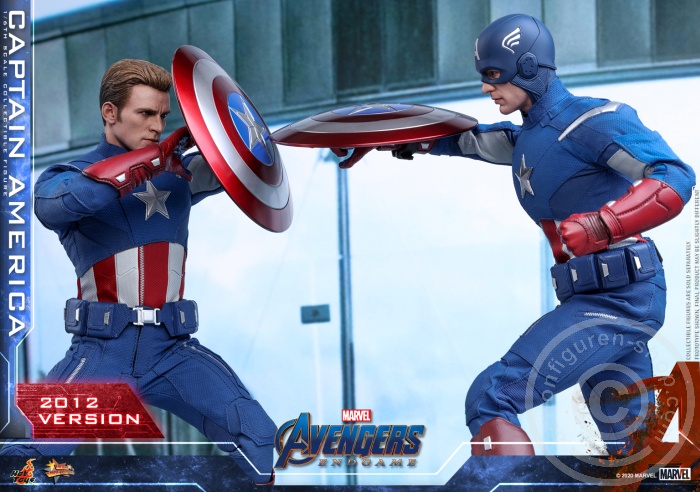 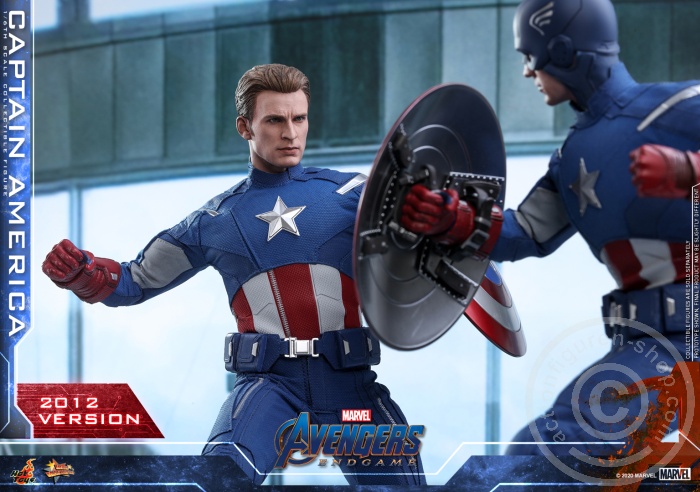 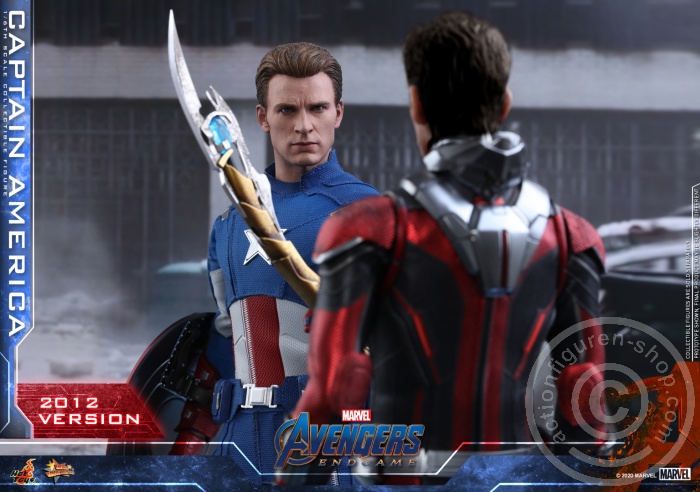 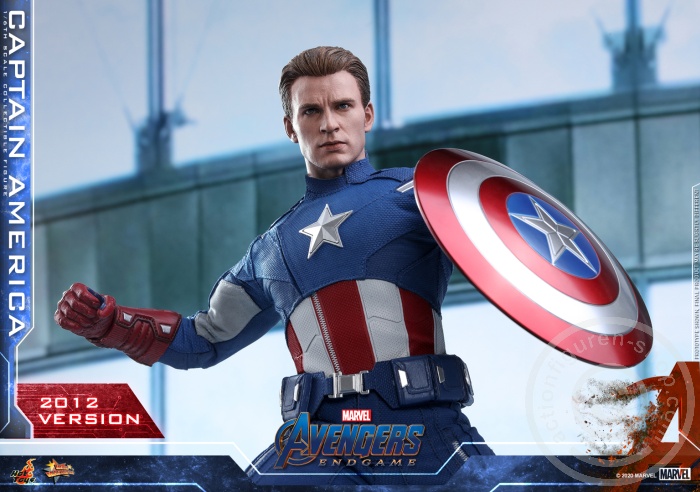 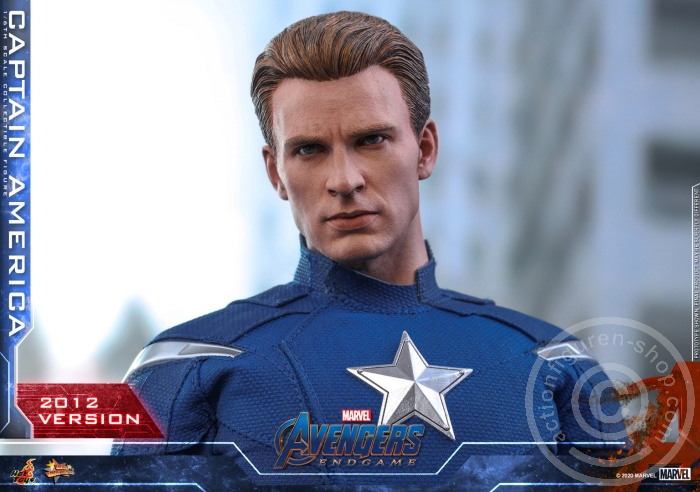 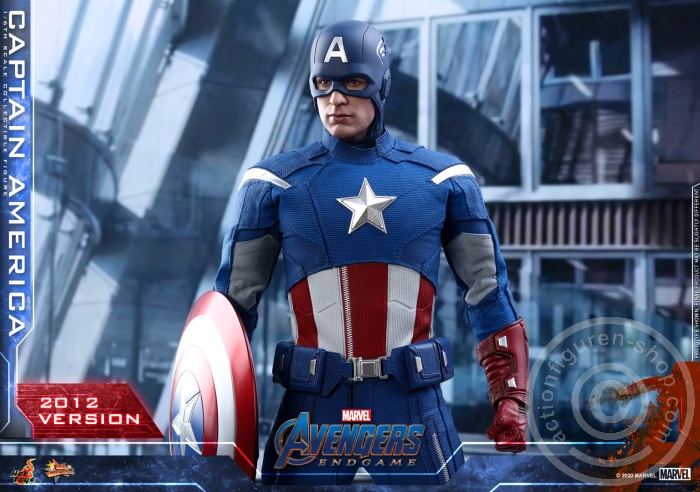 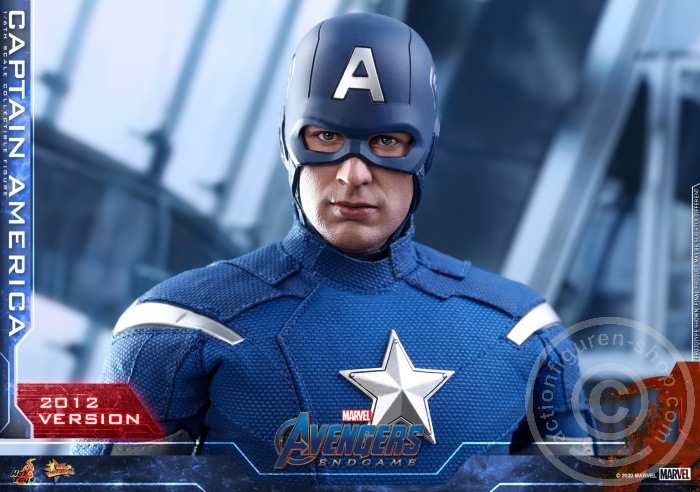 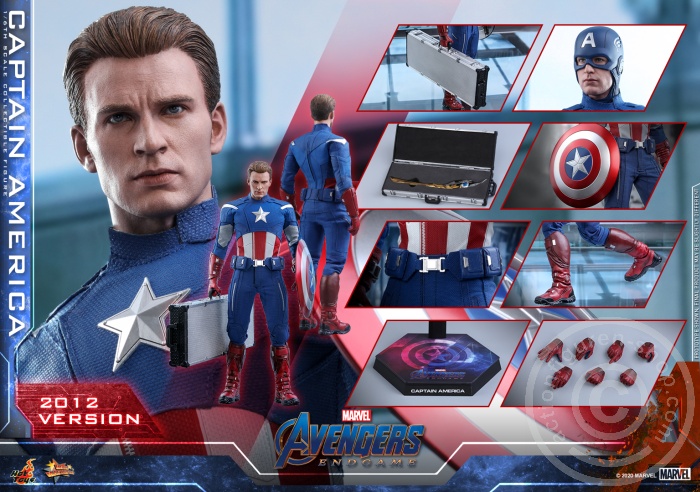